We have a lot of long, sleepless nights over here (still) so it was so nice one morning this week (was it Thursday?)* when Andrew was able to get the kids off to school so that Alexander and I could sleep for a while. Those two things—Andrew being able to stay late enough to send the kids to school and Alexander sleeping in—happen so rarely together.

He'd settled Zoë in the basement, watching Frozen, so Alexander and I had to go hunting around the house for her when we woke up (shortly before 9:00). When we found her, Alexander squawked out in his baby language that he wanted to snuggle with her, so I put him down and he climbed up onto her lap and she held him. She was excited to "get a turn holding him," a privilege the older children have taken turns vying for since his birth, but which I've more or less loss control of because he has a mind of his own. Still, they always ask me, "Can I hold Alexander?"

"Ask him," I have to remind them because I can't just pass him off to anybody against his wishes (especially not in the middle of sacrament meeting) like I used to be able to do when he was a teeny weeny thing.

Anyway, the stars aligned for these two yesterday (it was, in fact, just yesterday and apparently stars were aligning all over the place because I got to sleep in) and he wanted her to hold him and she wanted to hold him back.

Here are a few pictures of them snuggling while Frozen was finishing up: 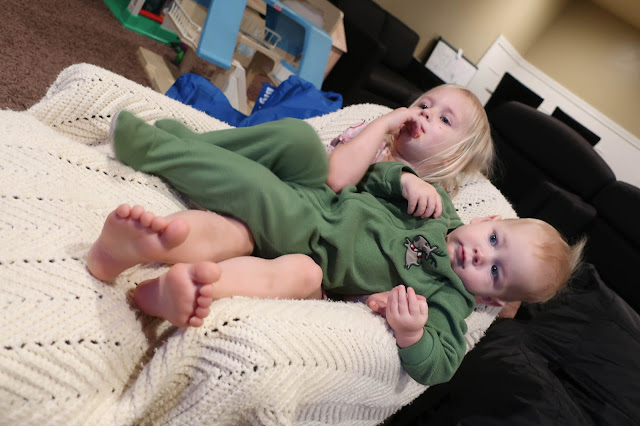 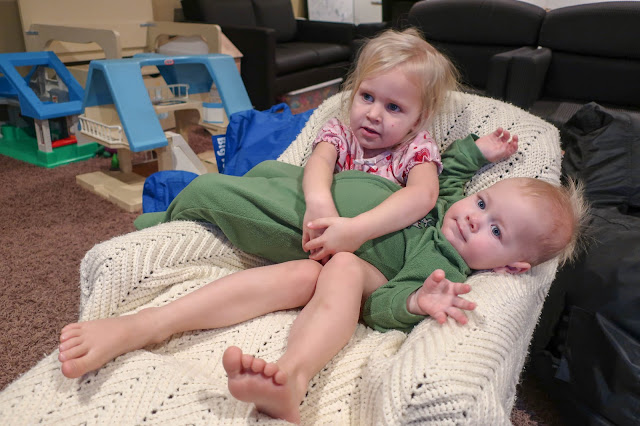 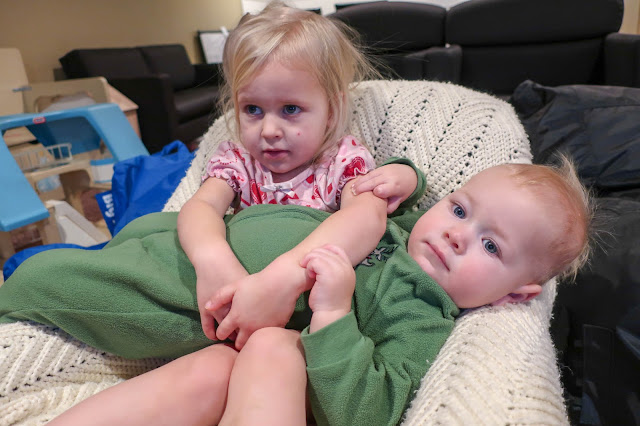 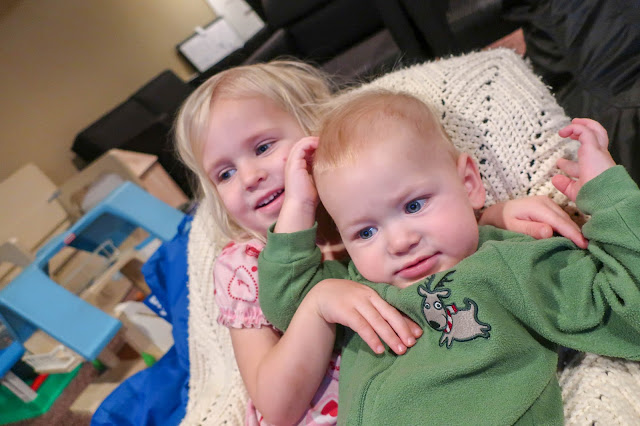 This didn't last too long. After breakfast they tried to play together again and Zoë ended up exasperatedly begging me, while guarding her toys, to, "Get him away from here! I can't live like this!"

Only just the day before when they'd been getting into mischief together (climbing up on the craft table and so forth) she told him, "You will be my buddy always!"

Their relationship certainly has its ups and downs.

*This has honestly been such a weirdly long/short week. So much has happened since we flicked our calendars over to December. How can we only be one week in? Monday seems like an eternity ago already. But it's definitely only been five days. When will the chaos end?!
Posted by Nancy at 3:29 AM