Saturday is a special day

Emily came down again this Friday. We're beginning to joke that Fridays are just our day with her—she's been down so much the past couple of months! I'm sure she's getting sick of making the drive, but we do love seeing her.

This time her sweet family came down to attend her sister-in-law's wedding so they were only at our house overnight, but it was fun to get a little bit of cousin time in.

On Saturday my sister Kelli stopped by with Christmas presents for my kids. She is such a good gifter (I am not good at giving presents and have to work really hard at it, but it just seems to come naturally to her).

She got Alexander a car mat and when she laid it out on the floor him and said, "This is for you!" he crawled over as fast as he could and then threw himself down on the carpet where he stayed happily for quite some time. It was pretty funny. 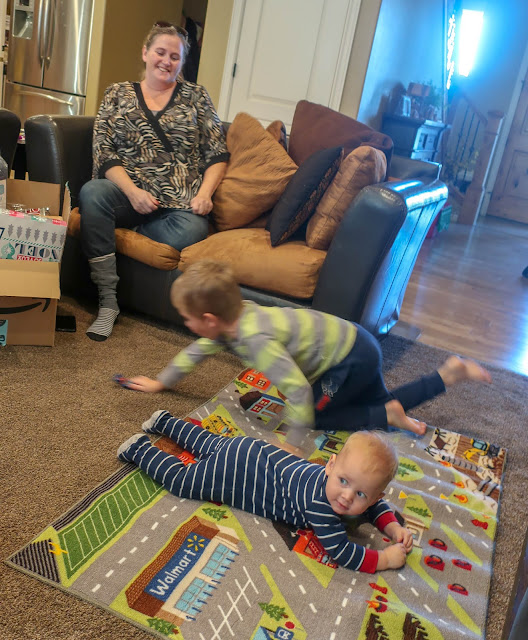 Benjamin brought some toy cars down and the kids enjoyed zooming them around on the mat.

Zoë got a stuffed animal that can be either a frog or a unicorn. She loves the unicorn and calls it Twilight. She hates the frog and calls it Frog. We spent the day teasing her by flipping her toy back to the frog side whenever she would leave it unattended. It was driving her crazy! 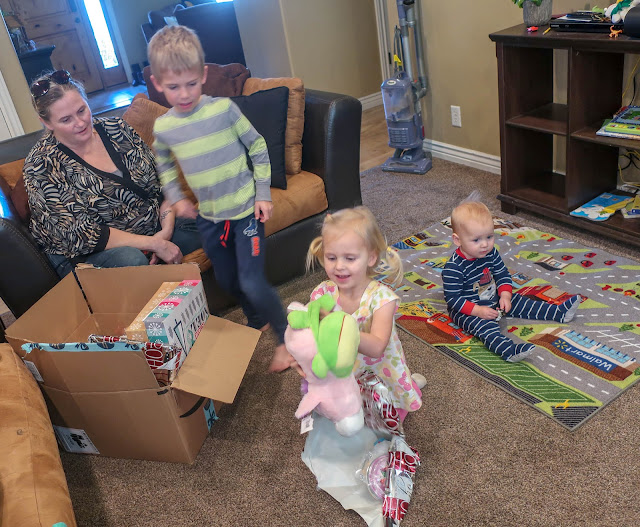 Benjamin got a fun book of experiments that he's excited to try out (he does love experimenting): 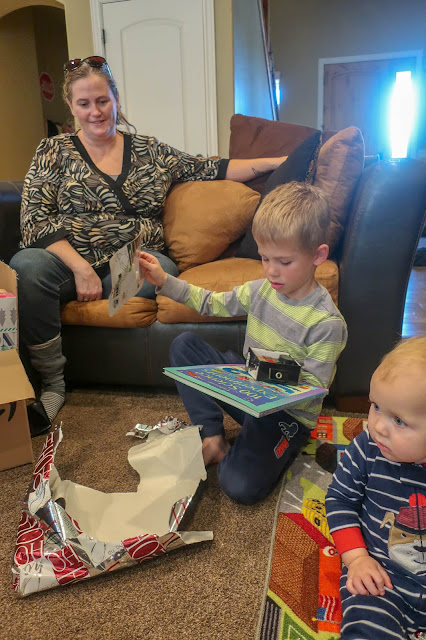 Here are the older girls opening their gifts (they got dolls they could design clothes for with fabric pens): 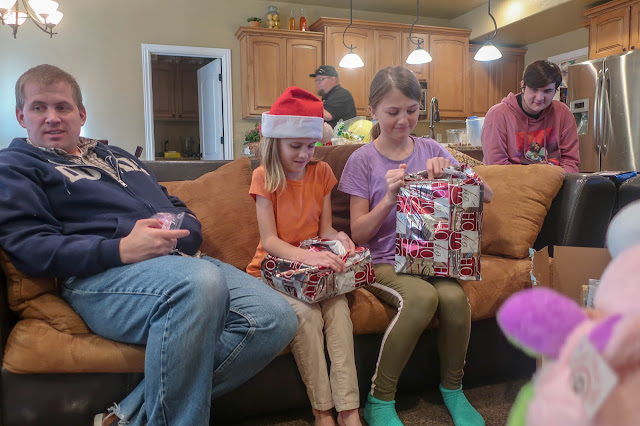 Kelli also brought us lunch—pho! It was our first time having pho. I thought it was pretty good, but poor Andrew is one of those people for whom cilantro tastes like soap and there was quite a bit of cilantro in the soup so he wasn't as much of a fan. Benjamin loved it.

Here are a few more fun pictures of the afternoon:


Later that evening my parents came back over with Josie and we had a birthday party for my dad. It was a pretty low-key affair, which is all that we're up for right now, I think. We had cheese cake and coconut cream pie and two different kinds of ice cream and watched Rudolph the Red-nosed Reindeer together. It was a lovely evening!