A visit to the fire station 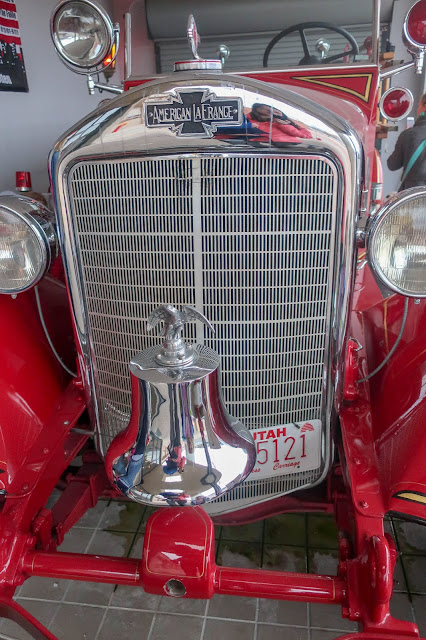 Our neighbourhood preschool took a trip to the fire station this morning. The first truck we got to visit was a 1937 American LaFrance Fire Truck, the second engine Spanish Fork acquired (it's engine #2). The kids weren't allowed to climb on it, but they were allowed to walk around it. It still comes out to participate in parades sometimes (though it looks like it might need some work before hitting the streets again—something was leaking all over the floor).


Zoë was too intimidated to smile for a picture, I guess: 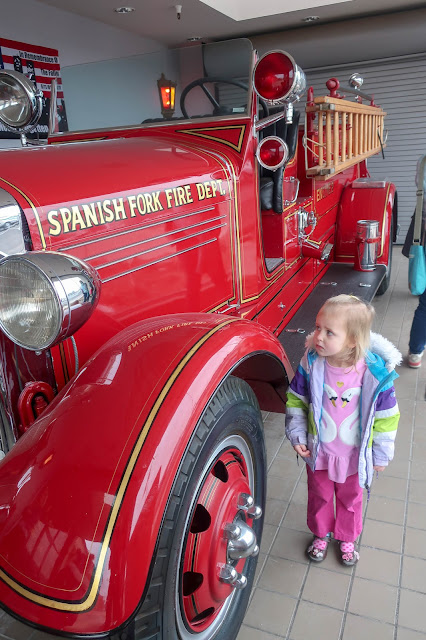 Inside the big garage, the kids got to climb inside all kinds of trucks. 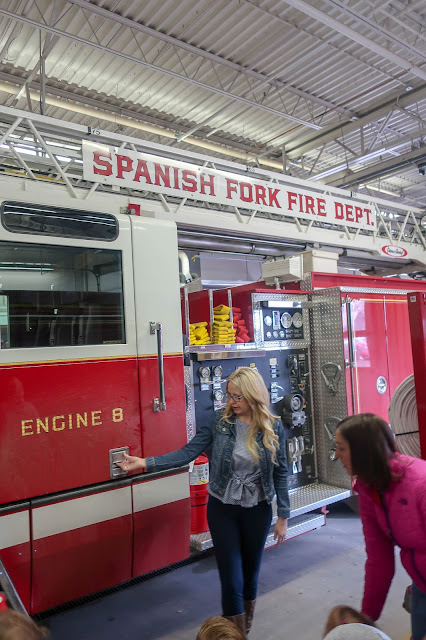 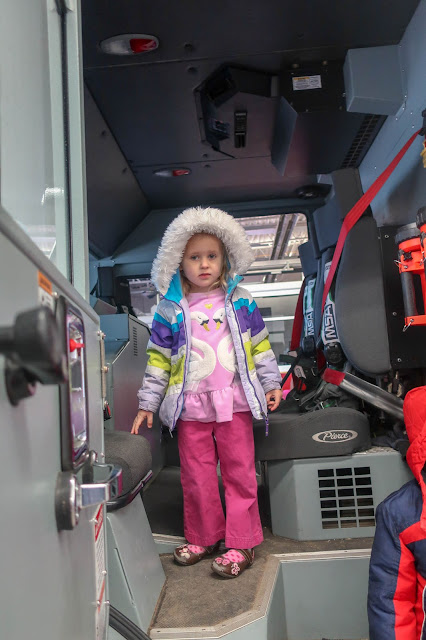 I sat Alexander down so I could take his picture, but all I got was this picture of him crawling wildly back to me. He was so wriggly! He kept squirming to get out of my arms, or so I thought...but I always thought wrong because he never wanted to be down for long. 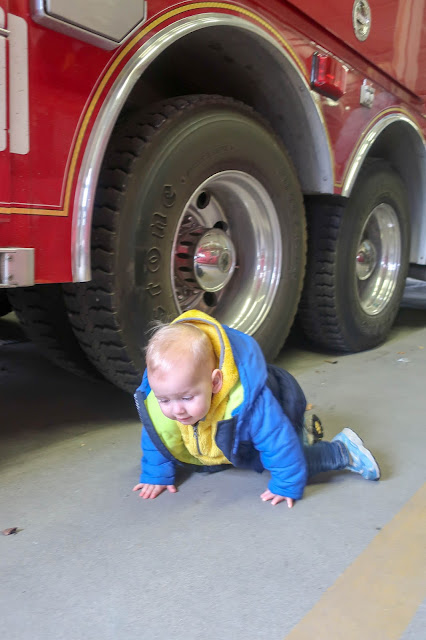 I think he was feeling like the big kids were feeling—like this was an interesting and exciting outing but also the trucks were big and scary.

Here's Zoë after hopping down from one of the rescue vehicles: 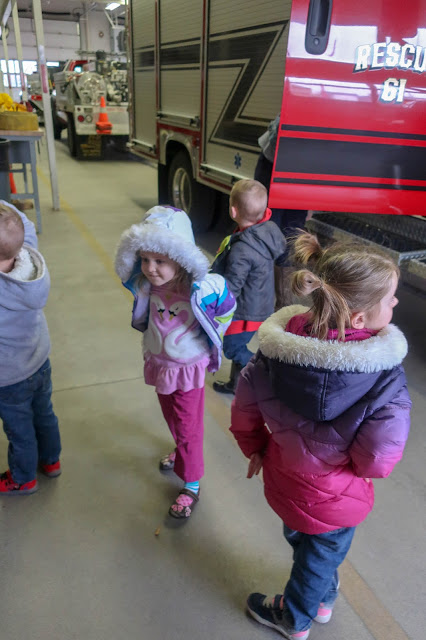 The kids were allowed to try on the fire gear if they wanted to. Zoë did not want to, so here is a picture of Definitely-Not-Zoë all dressed up. 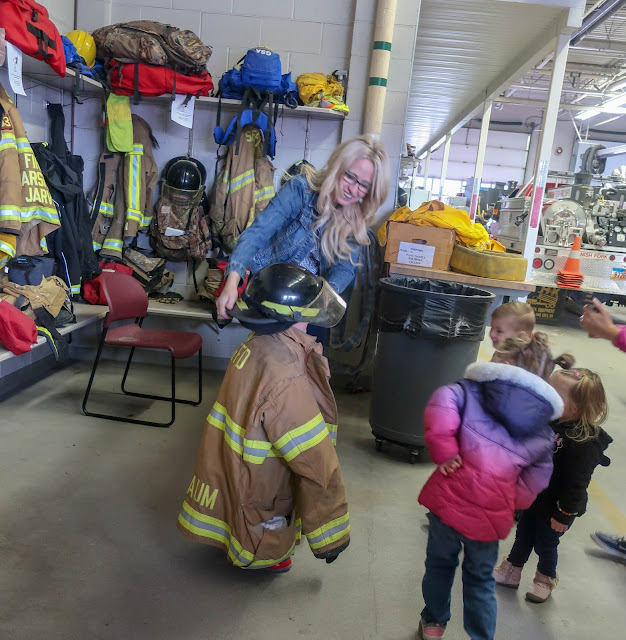 And here is, perhaps, the saddest mannequin I've ever seen:

Here are the kids learning about all the gadgets inside an ambulance (you can see Zoë with her little parka hood up): 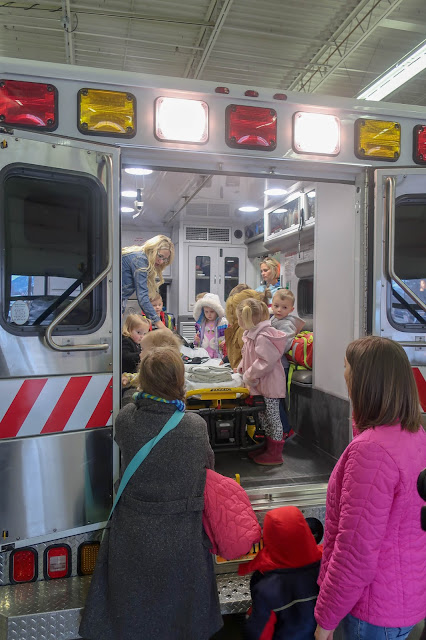 We attempted to take a picture of all the kids together. It was quite the circus, but Zoë kept Alexander in line: 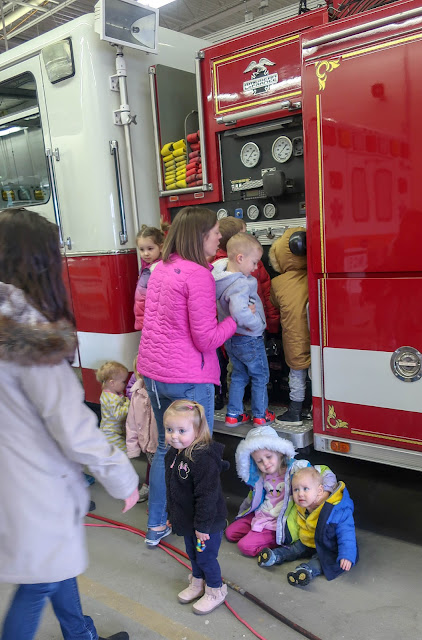 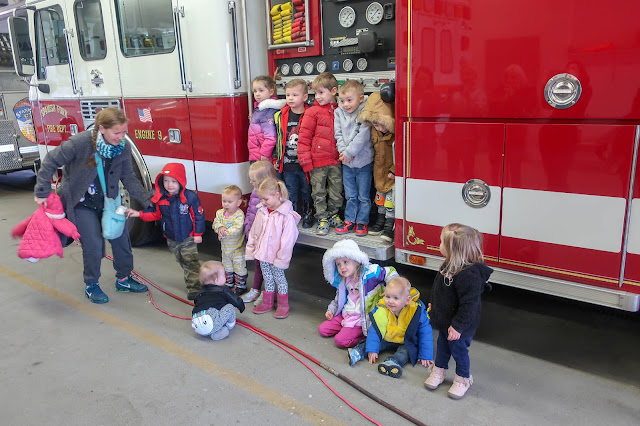 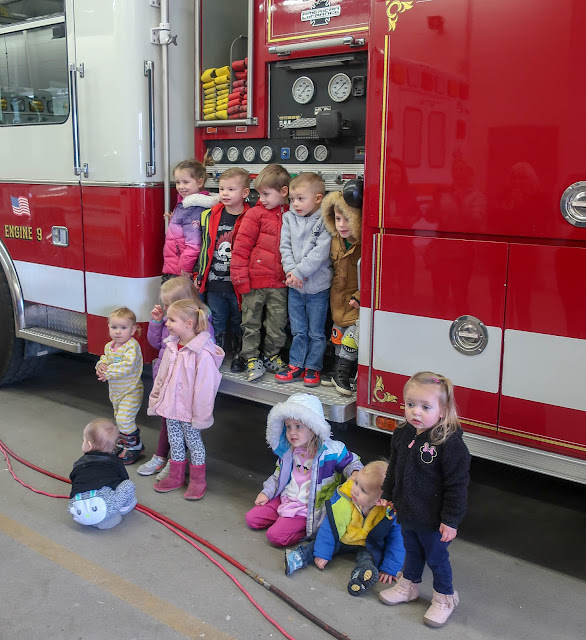