Keeping the children occupied during this pandemic is easier than I thought it would be, really. They play nicely together and are pretty good at entertaining themselves. But they also are prone to fighting and...shenanigans. So some days are better than other, but over all we're doing well. It helps, I think, to have "so many" children. But I also have to be sure to keep a few supplies for activities on hand—paper, crayons, yarn, chalk...

Our sidewalk chalk supply was running low so I ordered a box—a large box—thinking that it would last for a while. Shortly after I ordered it my sister asked if she could send us chalk and a book, but I didn't tell her that I'd just ordered chalk because we started talking about the book and then she said "sent!" before I could tell her not to send the chalk.

This turned out to be auspicious, however, because we opened this giant box of chalk a couple of days ago so the kids could have some nice "outside time." But then Benjamin started "powdering" the chalk, absolutely pulverizing it. He had so much fun that he didn't stop until he had ground up the nearly the entire box of chalk—almost an entire 136-piece box! 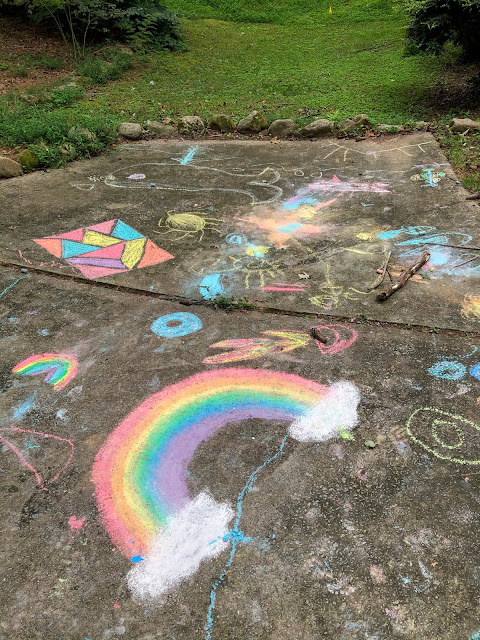 We didn't realize this until we went out for our family walk and found the box of chalk still outside, but instead of bursting with chalk it had only a few stray pieces of chalk swimming in a layer of mysterious grey dust. It didn't take us long to figure out what Benjamin had done, the stinker!


He's undergoing some punishment currently (he's not allowed to play outside or downstairs without parental supervision because he's been (extra) needlessly destructive lately) and it will be nice when it's over (because having to supervise him 100% of the time isn't really fun for us, either). He was very good at making sure he didn't stray from his punishment today, going up to his bedroom to read or play by himself if no parent was available to watch him. Tonight before bed he asked if he could please go to the basement to play Lego by himself in the morning, so I said he could (but so help me if he destroys anything his sisters have made down there).

Anyway, we were very happy when Auntie Josie's chalk arrived today—the very same box of chalk I'd ordered the other day! We're hoping this particular box of chalk lasts significantly longer than our last box of chalk. 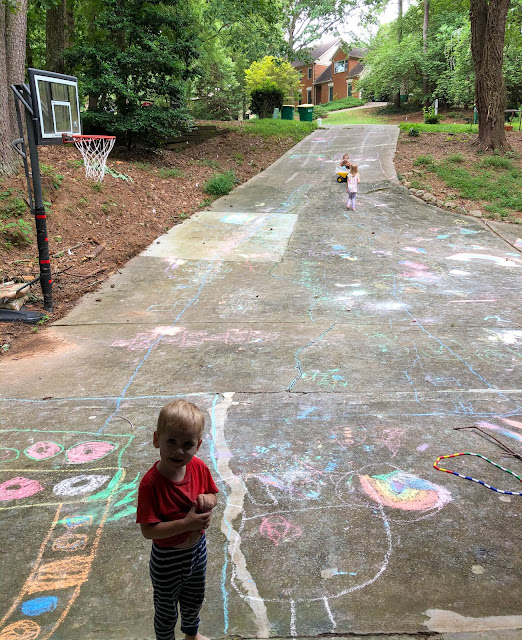 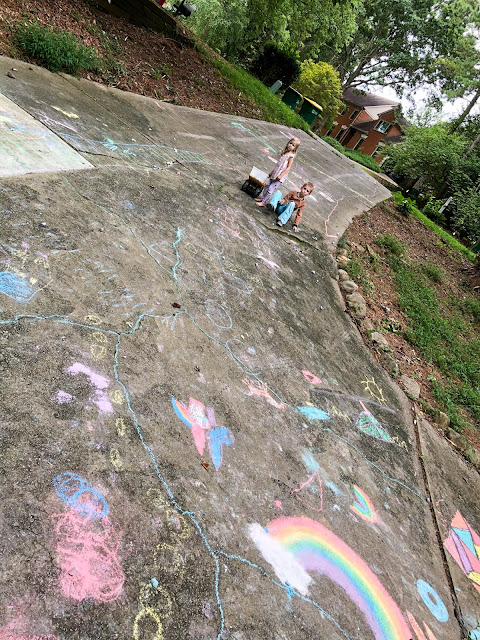 Rachel picked up Benjamin's phone this evening and found an alert reminding Benjamin to "be weird." 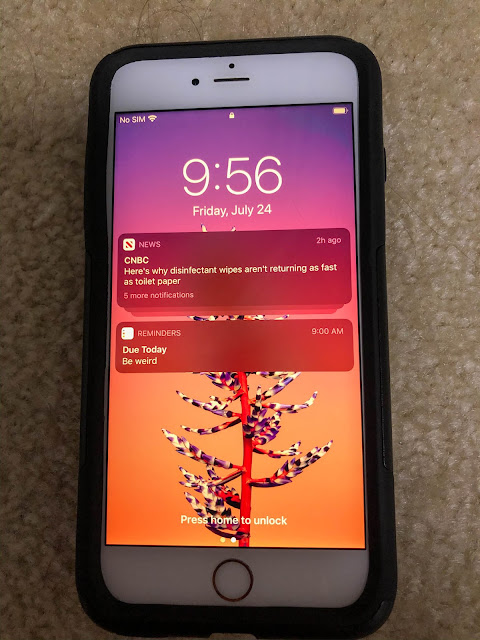 "This explains a lot, actually," she said, which, I mean, she's not wrong. He'd honestly probably benefit from some socialization outside our house...but life's...the way it is right now.

Here she is, writing about everything she likes about Mr. Invisible Man, "[her] husband." She informed me that she "married him. Just so you know." 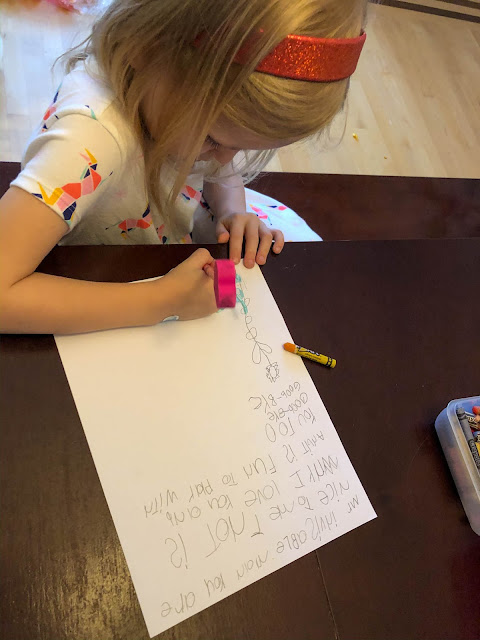 I'm a little sad that I wasn't invited to the ceremony, but I'm happy she's found someone who makes her so happy (he never contradicts her, so he's got that going for him)! 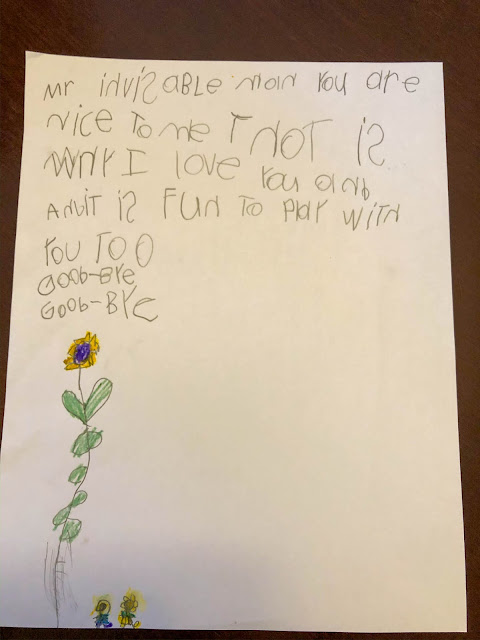 She even has a "wedding ring" that she's been wearing nonstop for days. 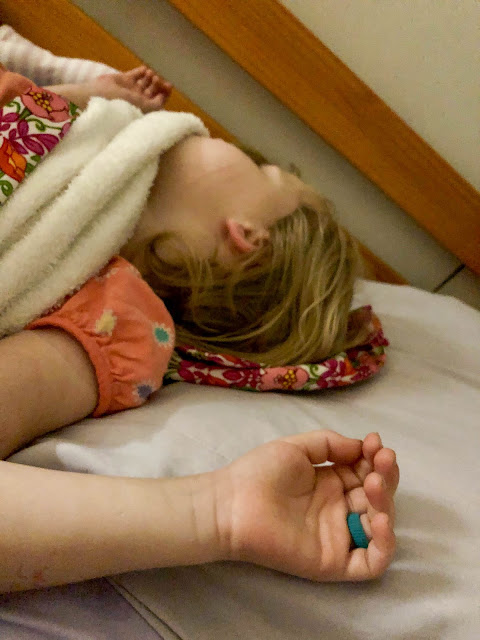 She lost it for a while this morning and was crying about it because it's not just a hair elastic, it's her wedding ring and wedding rings are important!