The other day at lunch Rachel mentioned wanting to make baklava, so our lunchtime conversations centered around baklava, balaclavas, and various nuts. Walnuts are a popular nut in baklava, but I prefer pistachio. Rachel's a little bit allergic to walnuts (nothing too bad; they make her mouth tingle), so she was okay not doing walnuts. She suggested that almonds might be a good alternative as well. Someone mentioned cashew. But I'm a little bit allergic to cashews (nothing too bad; they just create havoc in my digestive track).

Miriam mentioned how odd it is that pistachios are so clean, given that they grow in the dirt.

This clued me into the fact that my children don't actually know where nuts come from. So we discussed peanuts (which do grow in the ground and are called groundnuts in other places in the world) versus tree nuts (which are...most other nuts).

We went for a walk later in the afternoon. Zoë and Phoebe wore matching outfits, coordinated by Zoë, of course: 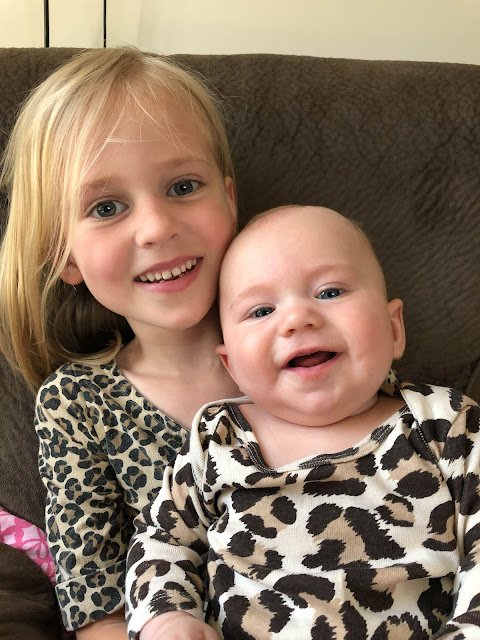 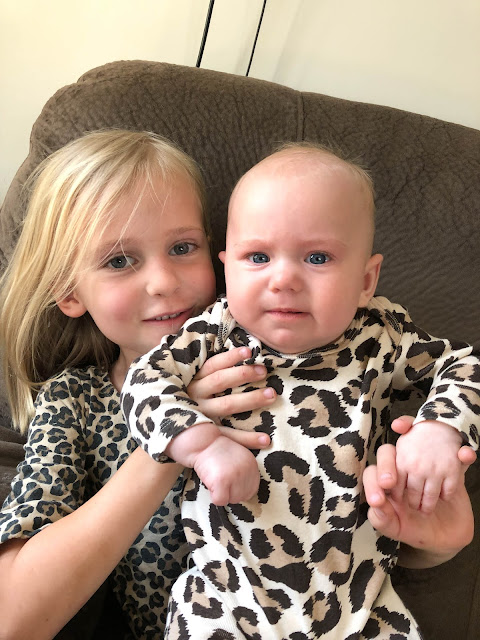 Phoebe insisted on being carried rather than riding nicely in her stroller: 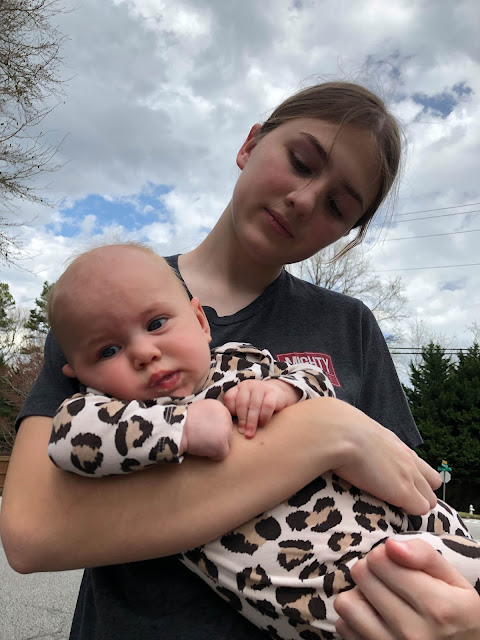 Alexander wore his fleece-lined owl hat even though it's far too warm for that. He also found a bird's nest, which was terribly exciting. He also said, "My favourite thing is horseshoes because they grow on trees!" And...none of us really knew how to respond to such a random statement, so I tried to blow him off with a, "That's neat, bud," but he insisted we validate his statement. 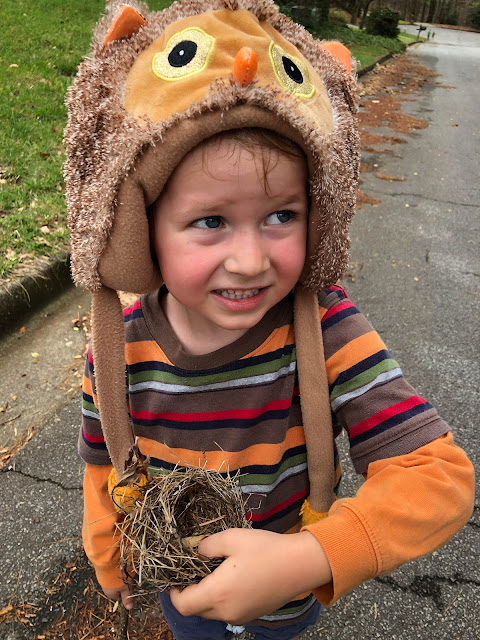 "Horseshoes. They're my favourite because I really like how they look when they grow on trees!"
Horseshoes. Grow on trees. Horseshoes. Trees. Horseshoes on...trees?
My slow brain finally caught up to what he meant.
"Do you mean...cashews?" I asked.
"COW SHOES!" he said. "That's what they're called!"
Not horse shoes. Cow shoes. His favourite nut!
Anyway, when he caught up to Zoë with the nest he'd found (that had likely been dislodged during the previous night's storm), he happily chirped out, "Look at my bird's nest!"
"Oh, nice!" Zoë said. "I've been looking for one of those. Give it to me."
But just as it had the other day when she texted Benjamin, "Nice, I have a 53 day streak," instead of "Congratulations," her filter kicked in and she corrected herself with, "I mean...may I please see it?"
She's learning. 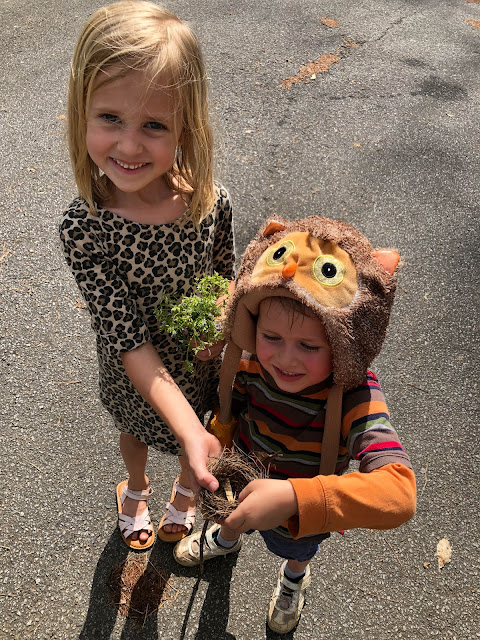 They decided to share custody of the nest for the duration of the walk, switching off who got to hold it at each corner we came to. 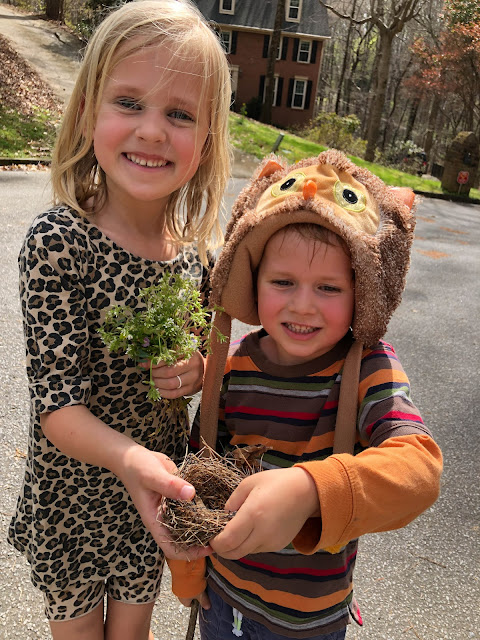 Here they've filled the nest with red berries for the birds: 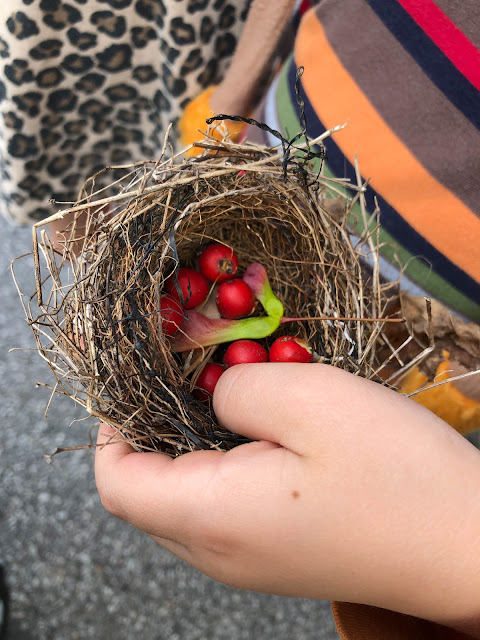 Phoebe rode home on Rachel's shoulder, Egyptian-style. I don't know that it's really Egyptian-style, but it's a way we noticed a lot of babies being carried in Egypt (such as in this picture from The Globe and Mail). Rather than having the child straddle your neck with one leg over either shoulder, you sit the child on one shoulder so that one of their legs is in front of you and the other behind. It's quite a revolutionary way to carry a child, really. I've found that it doesn't put as much pressure on my neck. 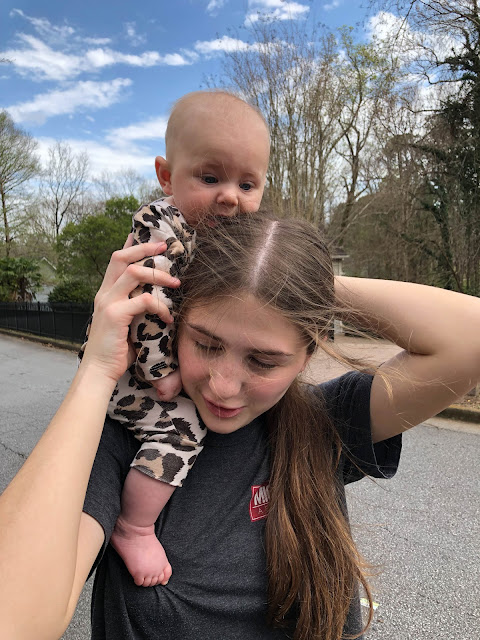 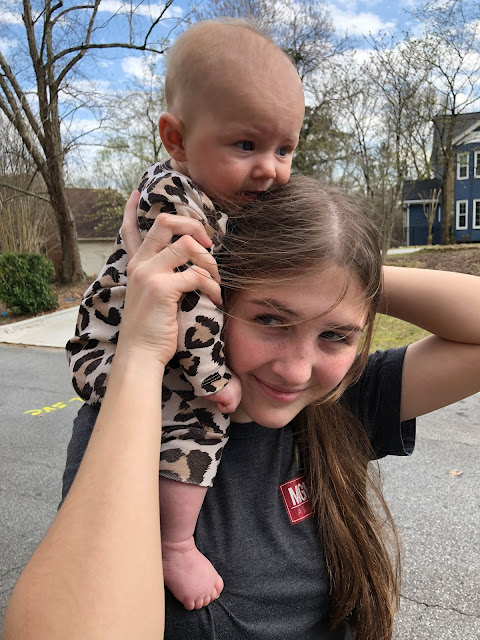 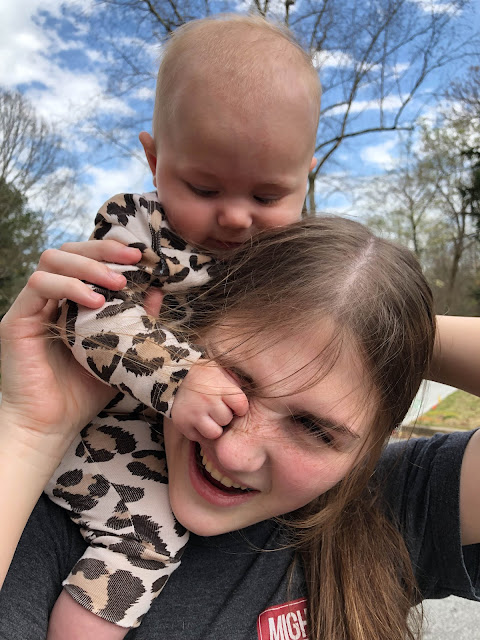 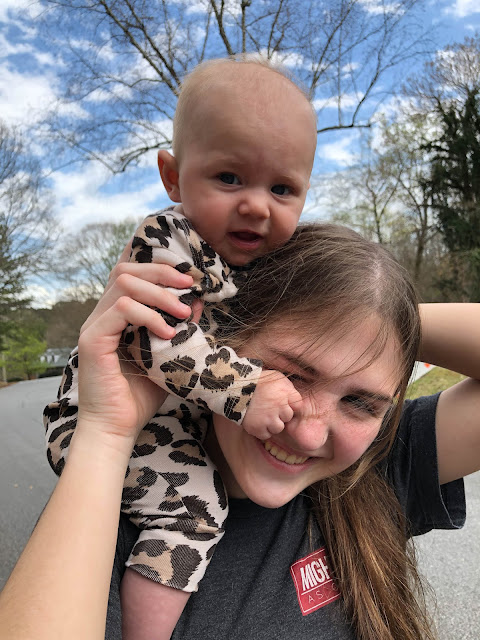 Phoebe didn't last too long up there, and Rachel was glad that Phoebe waited until she'd been removed from Rachel's shoulders before choosing to spit up all over creation. Rachel then wondered how mothers dare carry their children like that in Egypt and, well, I guess if you're wearing a hijab you wouldn't care quite so much about baby spit up running down your head. Maybe?
We stopped so that I could film (video? Do we still say "film" today since we don't technically put anything on film anymore? My kids are particular about the distinction between video/movie in a way that I'm just...not...so I'm never sure what we're saying these days) an ant hill that Benjamin disturbed so that I could make a TikTok.
Guys, I got TikTok. I'm a TikToker. I tok tiks!
Mostly I just got it for my poetry class because we have to do a couple of poetry "readings" on TikTok for our final. I made a TikTok (this one) to play around with the tools and things. I do not know how to embed it in blogger (I tried, I failed; sorry).
While I was filming my hands somehow got covered with ants and I cannot figure out how! I was standing carefully far away from the anthill so my feet were far away from the ants blossoming angrily out of their home—and, indeed, I didn't seem to have any ants on my feet or legs or torso! But somehow my hands were covered in ants! It makes no sense! I mean, I was leaning over the hill to film, but last time I checked ants can't jump (at least not that high). I mean, I wasn't immediately over their hill or anything. I'm a pretty tall person...
But, anyway, I ended up with ants all over my hands and got bit about a billion times, but I'm fine. It's fine. I just...like...can ants jump? (Answer: Very few species can.)
Anyway, after a significant amount of jumping, screaming, and slapping, I was once again ant-free and we finished up our walk. Zoë ended up filling the bird's nest with dandelions and johnny-jump-ups (which also can't jump, for the record), and other lovely things. 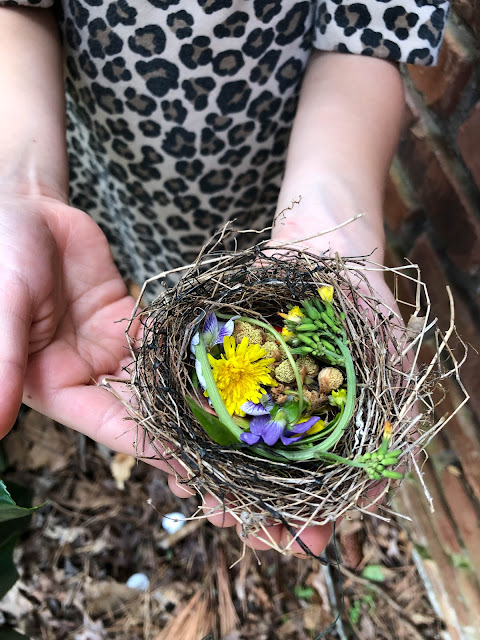 She placed it in a tree by the front of our house, next too the "nest" she made herself out of pine straw. She's hoping to convince some wrens to nest in our tree. We'll see. 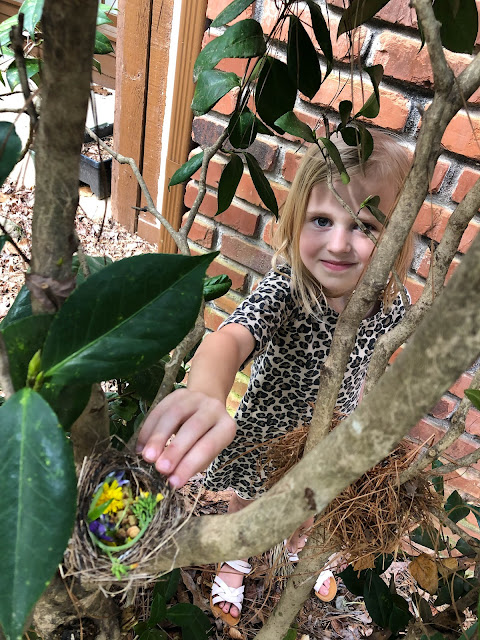