Grandpa's moving truck arrived on Friday afternoon, so we headed over to help unload. Unfortunately, we'd waited so long that Andrew had eventually decided to go grocery shopping (since grocery shopping on Friday takes much less time than on a Saturday), so he wasn't home when we got word the truck had arrived, which meant that I headed over by myself with the kids.

I'm not sure how helpful a mom and six kids are when it comes to unloading a moving truck, but we seemed to make pretty good headway before Andrew arrived to do the heavy lifting.

Phoebe did us the favour of falling asleep and taking a good long nap on Grandpa's floor, so I got to do some decent helping before Andrew got there. And Rachel and Miriam were excellent helpers as well. 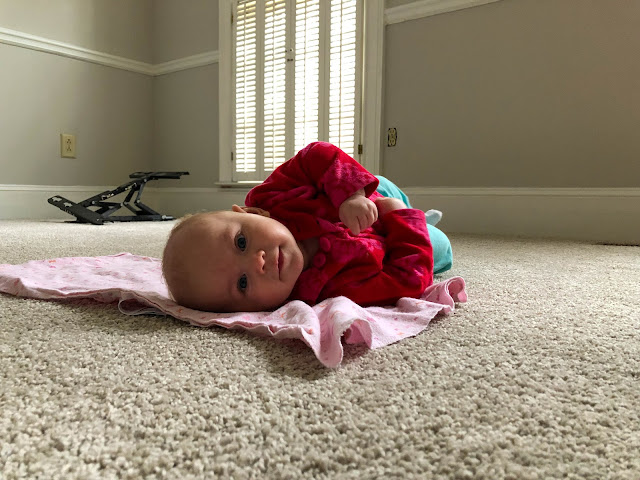 And here's Zoë making herself useful as a baby holder after Phoebe's nap: 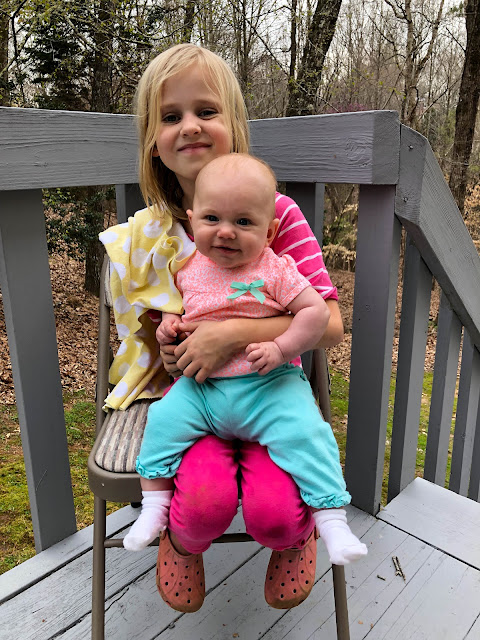 This poor girl had envisioned herself carrying large boxes from the moving truck and into the house with ease and was rather crushed when she realized that vision wouldn't ever come to fruition and she was stuck carrying all the odds and ends—Tupperware lids that had flown out of a ruptured box and a seemingly endless supply of toilet paper rolls (Grandpa packed so much toilet paper that Benjamin secretly asked me whether or not Grandpa knew we have toilet paper in Georgia). The boxes were simply far too heavy for her six-year-old frame, and the driveway...is killer steep!

Most of the boxes were pulled up the killer steep, everlastingly long driveway on a dolly (or hand truck; I grew up calling these things dollies), with one person pulling and at least one (but often two) people pushing.

Here's Rachel and Miriam helping Grandpa with a load: 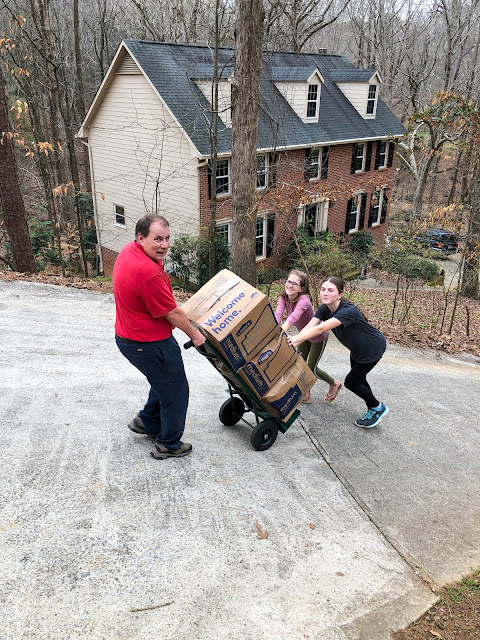 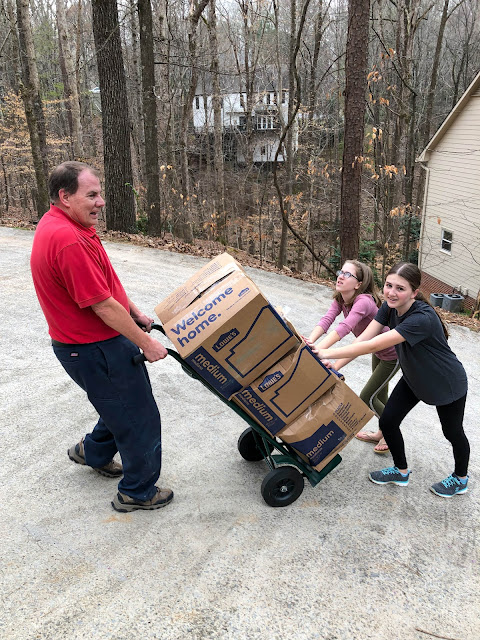 Here's Benjamin resting after his many sprints up and down the driveway (he carried most of the yard tools up to the garage): 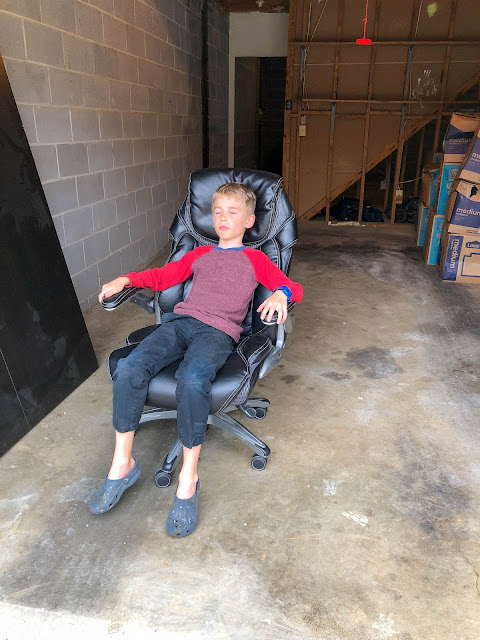 Alexander wasn't much help at all (though he also carried a lot of toilet paper rolls up that hill for us). Mostly he was interested in turning Grandpa's front cliff yard into a slide: 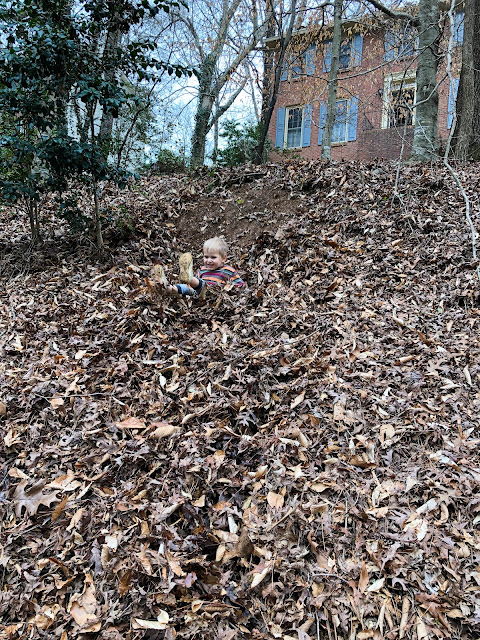 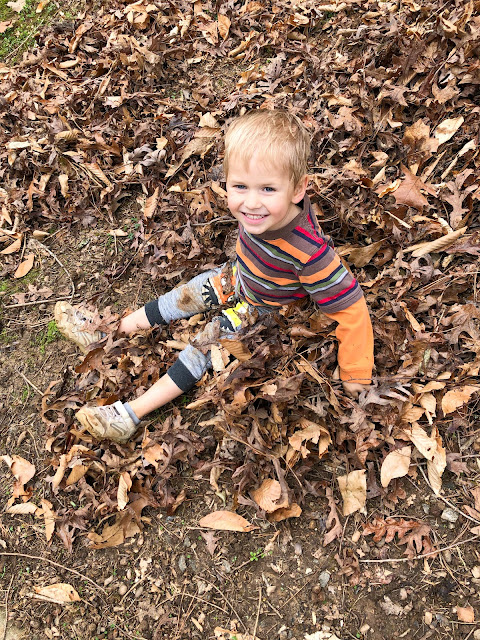 He ended up with a very dirty seat: 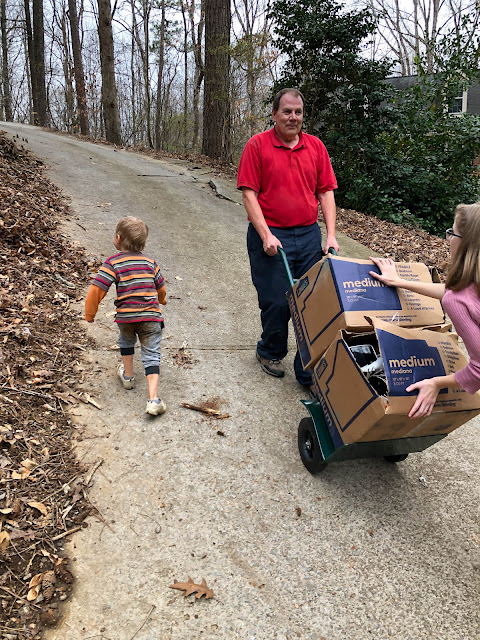 Which is especially apparent here, when I settled in to play straddle-ball with the kids (which worked great until Zoë got mad and threw the ball, which then bounced off the back deck, onto the driveway, and deep, deep, deep into the woods where we will never ever find it again): 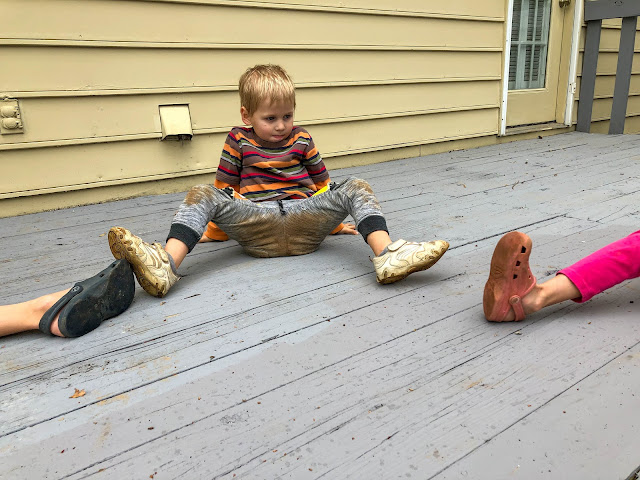 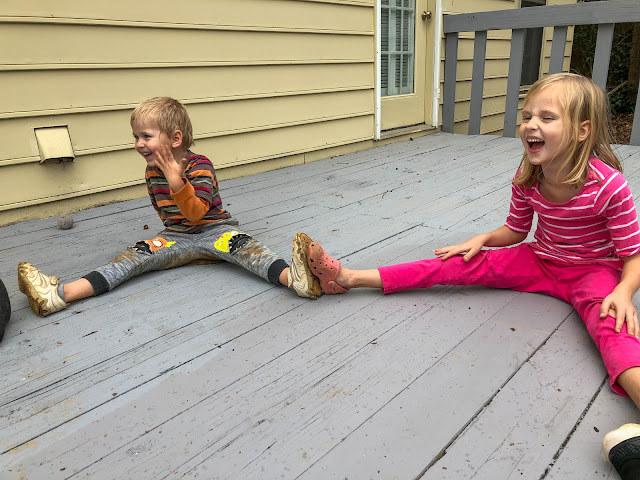 But before she got mad and threw the ball we were all tucked out of the way having fun together, which I imagine was nice for everyone.

Here's Rachel and Grandpa getting some more boxes from the truck (Grandpa only used 10 feet of this truck so it wasn't a huge amount of stuff): 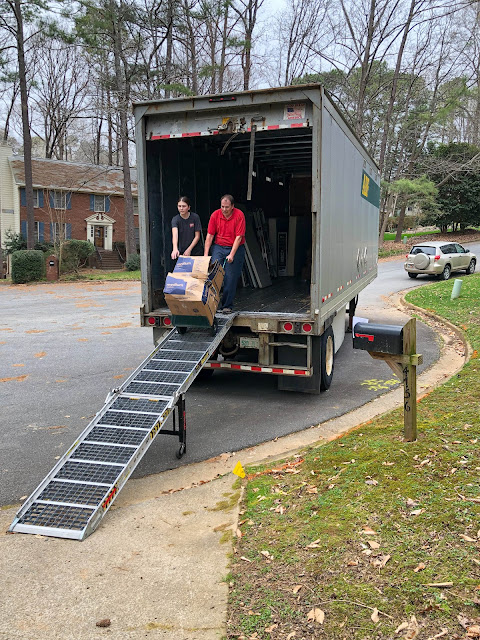 And here's Daddy, at last—a welcome reinforcement to our weary troops! 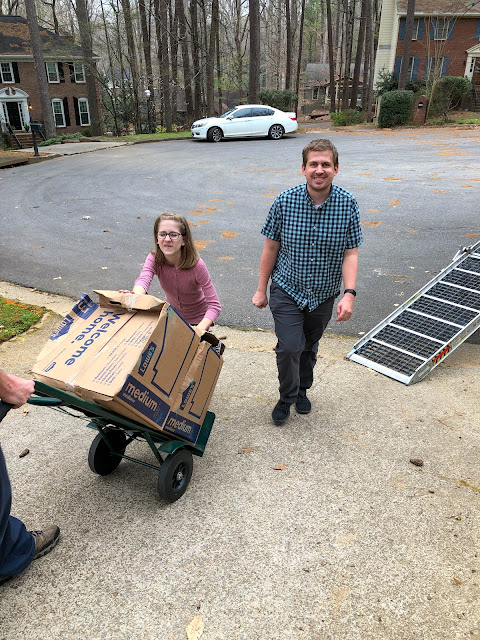 Rachel was sent up the hill with this bag of screws: 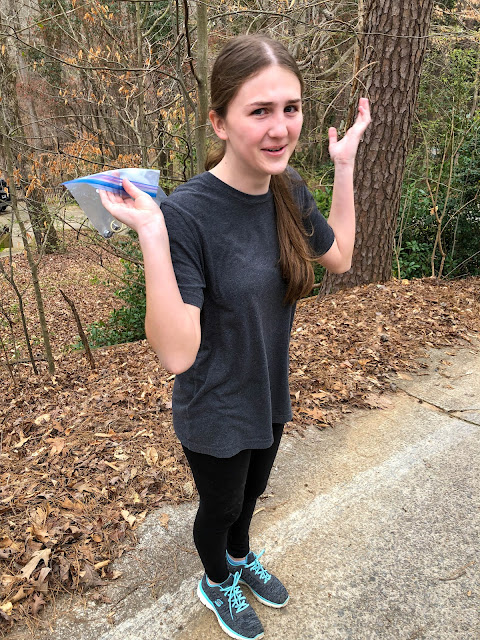 I believe they are for this desk: 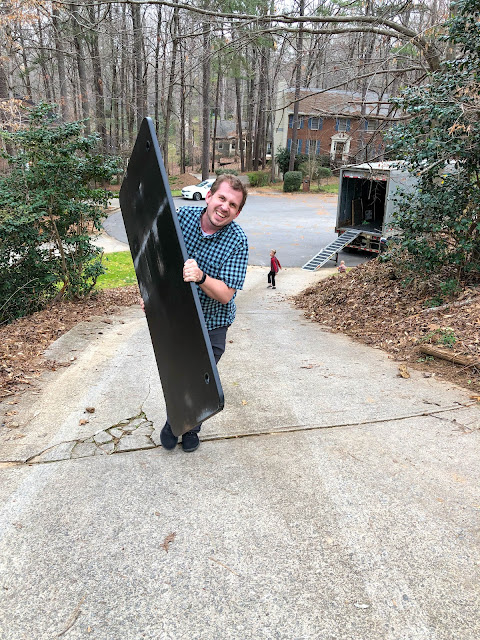 Today Grandpa told us he is missing a bag of screws that he needs to assemble his desk.
Is this the bag of screws Grandpa can't find?!
(Rachel—where'd you put that bag of screws?)
After carting things up that long, steep driveway the fun's not over yet! We also had to lug everything up this flight of stairs: 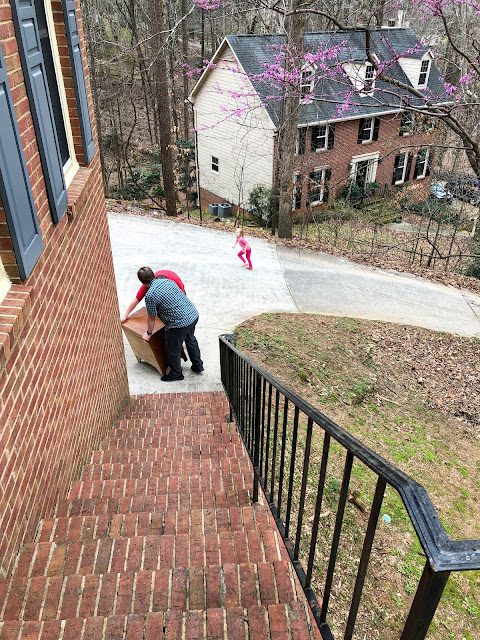 And, if things were due to go to the second story of the house, another set of stairs after that! We all thought we'd be sore the following morning but, as it turns out, none of us were. Many hands makes light work, and all that, I guess. 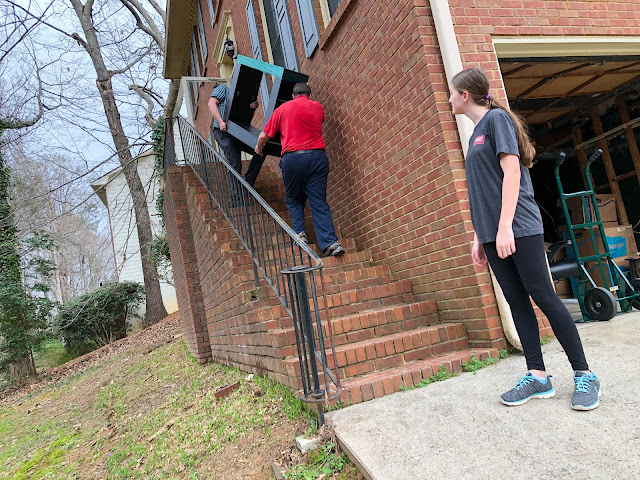 Grandpa's been busy settling into his new house the past couple of days, discovering all the strange quirks, and figuring out where to put things. I'm sure he'll be overjoyed when he can stop tromping down the stairs to the basement/garage quite so frequently (we left a lot of his boxes down there, rather than hauling them all up the stairs, so he's been making many, many trips up and down the stairs).
Posted by Nancy at 10:30 PM