Andrew's cousin Ashley—whose boys are Rachel and Miriam's ages—had a baby girl two months ago. I think it's kind of funny that our kids line up so well (aside from, you know, Benjamin, Zoë, and Alexander)!

Here's Scarlett at one month (we're not jealous about her hair at all (just kidding; we totally are)): 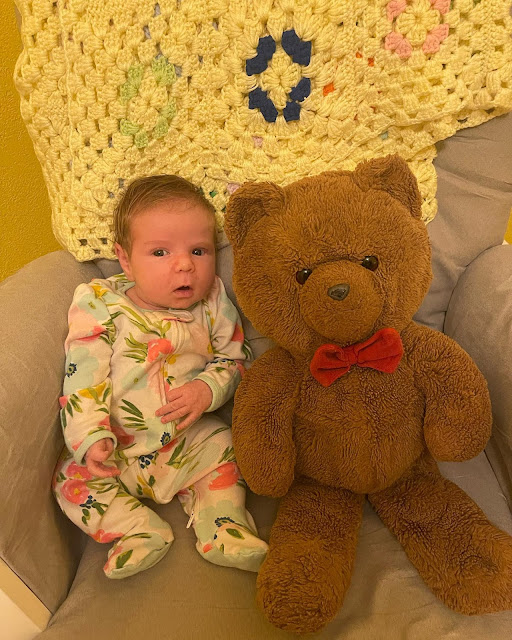 And here's Phoebe saying good morning in her matching jammies at 4 months old: 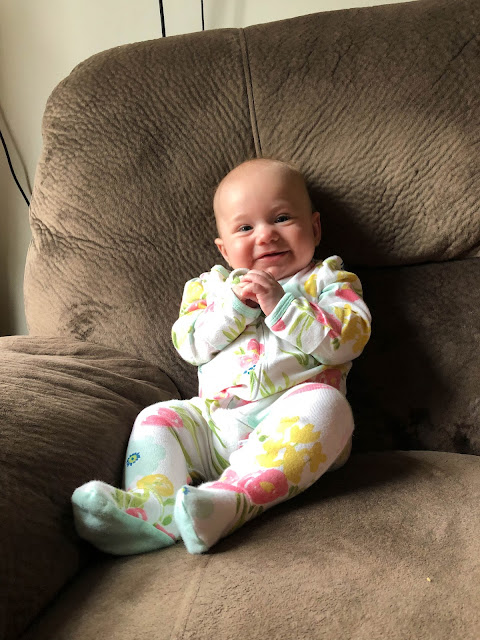 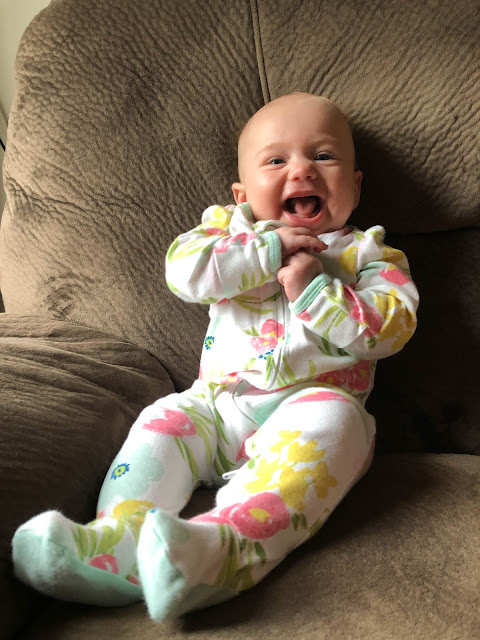 Of course I had to send Ashley these pictures so she could see them, too.
I admit that we have no room to complain about being far away from family anymore (not with Grandpa right around the corner). And I admit that we did just get a lovely visit from Kelli, Rosie, and Irie (so that should quench some of our longing for family). But sometimes I do feel like we're just missing out on being nearby cousins and things, so little coincidences like this helps me feel like somehow—across all the thousands of miles in whichever many directions—we're a little bit connected.
Really I think it probably means that we both just shop at Target?
(Except these particular jammies that Phoebe is in are hand-me-downs from the neighbours up the street...but still...)
Posted by Nancy at 11:16 AM