We made it to the park today (for the first time in a long time) and spent our mid-morning and early afternoon there. I made the kids run a mile and the only one who cried was Alexander (who wore flip-flops despite my explicit instructions to put on socks and shoes, and who subsequently tripped and fell and scraped up his toes), so perhaps this means our endurance is improving.

Here's Alexander being happy about the goose in the background (there was a pair of geese wandering around the whole time we were running): 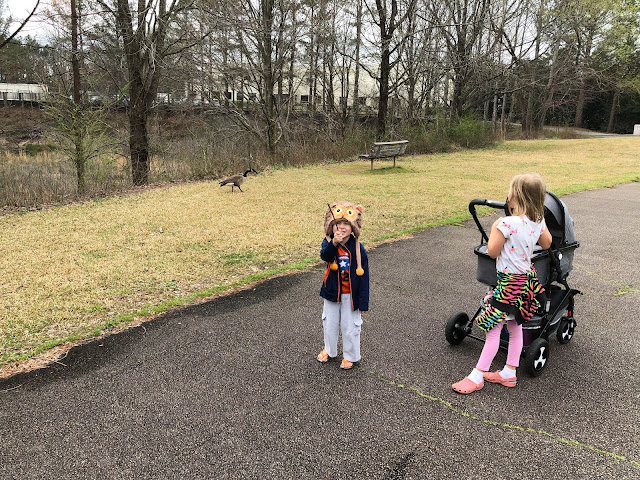 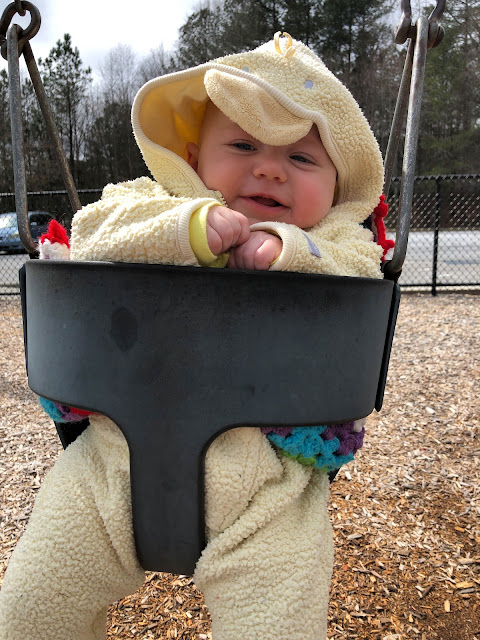 She's still a little wibbly-wobbly, but we just stuffed the bucket seat with blankets to support her and she was just fine. 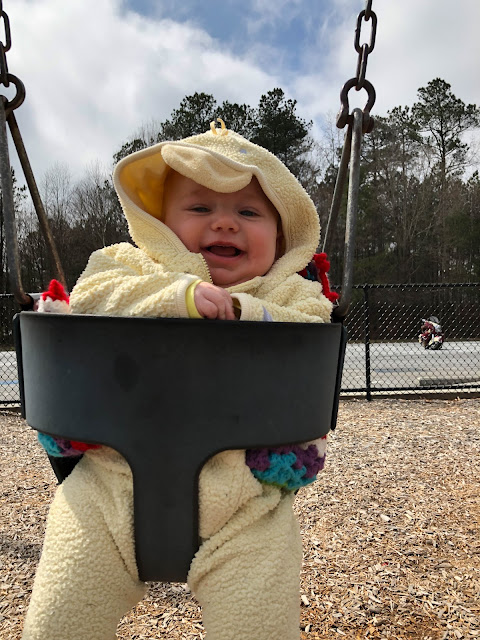 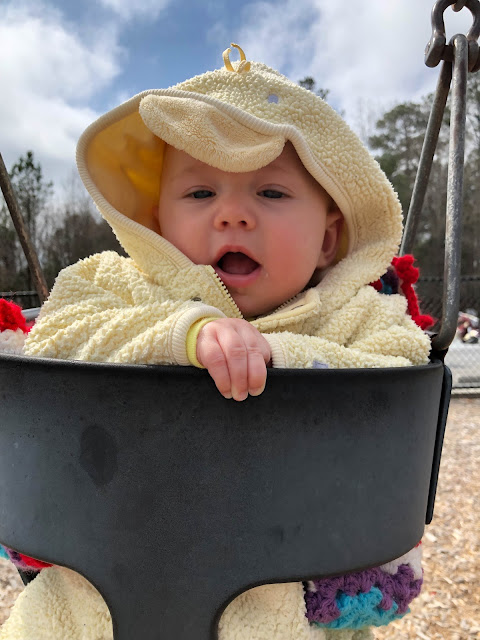 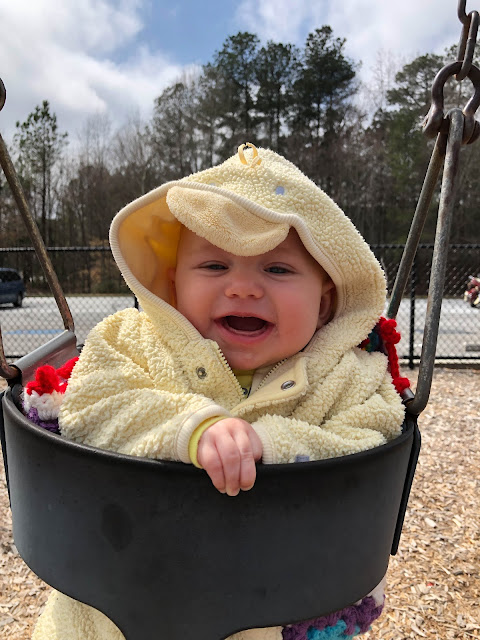 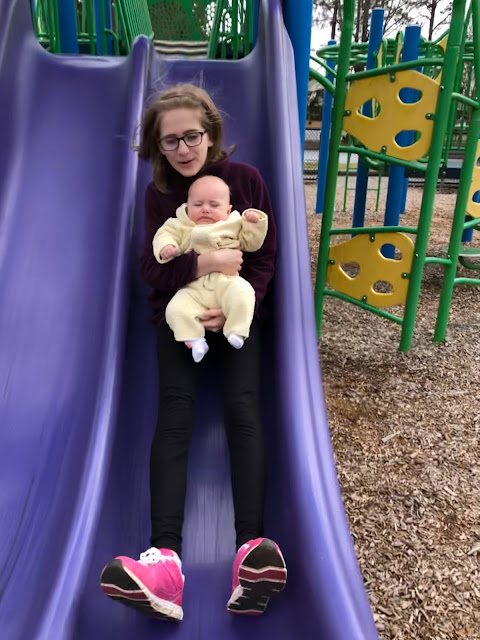 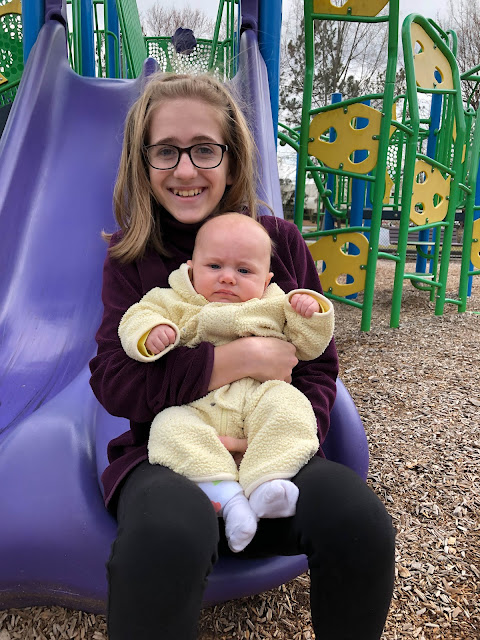 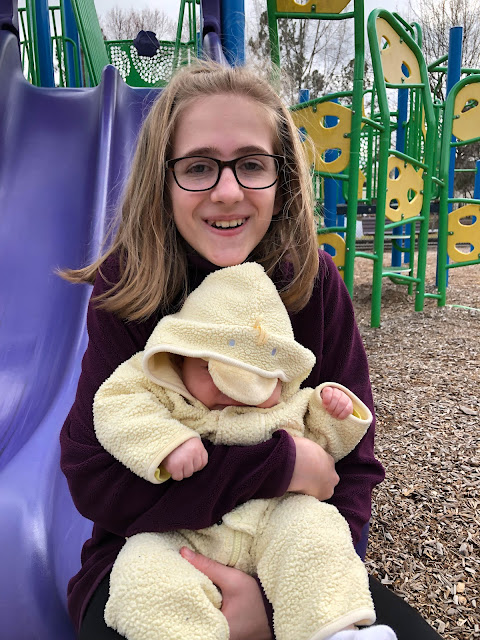 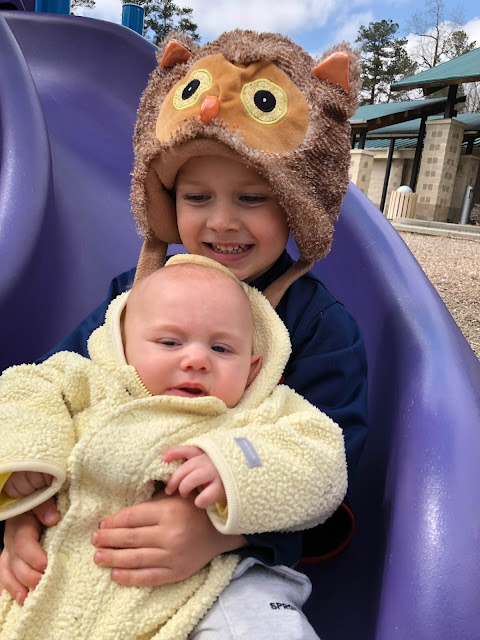 I thought it was pretty funny to have Owl-exander holding little Phoebe the duckling! 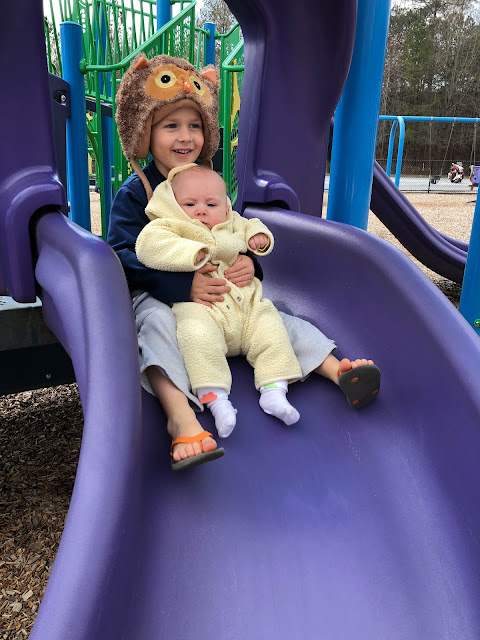 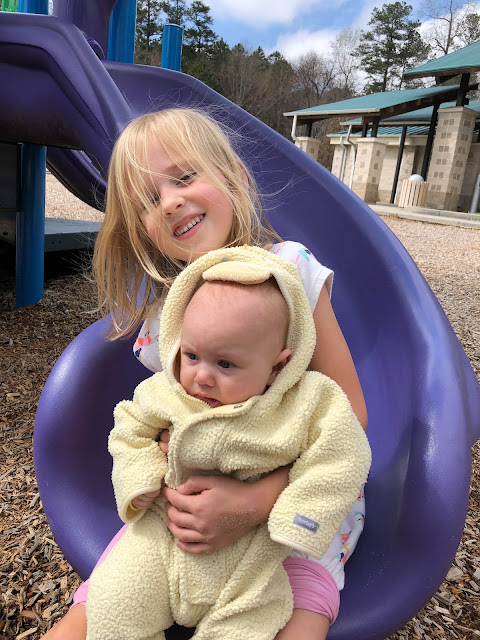 Here are the kids working on their metaphor worksheets: 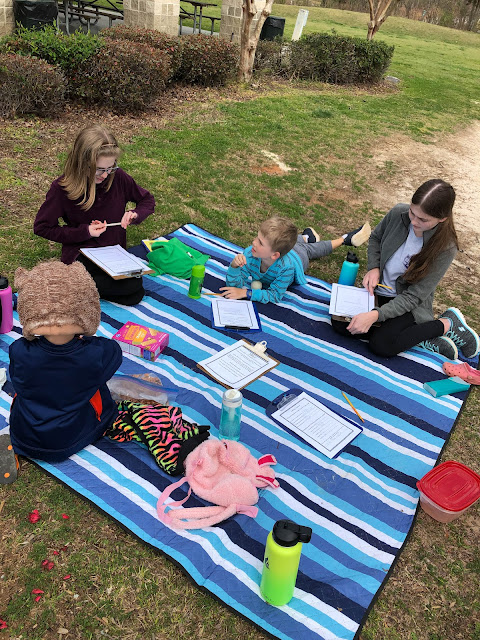 And here they are playing chicken: 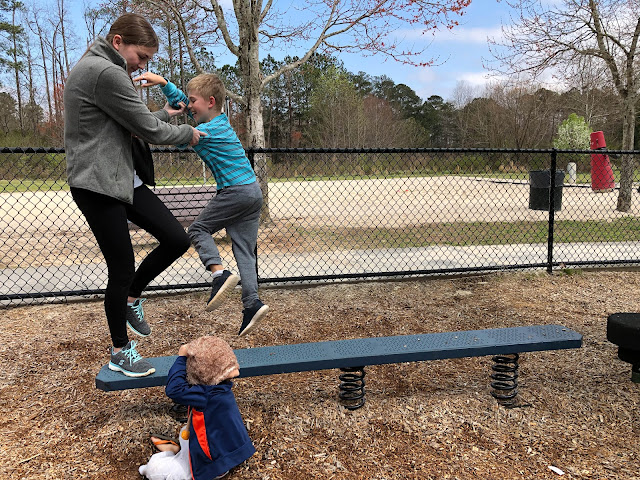 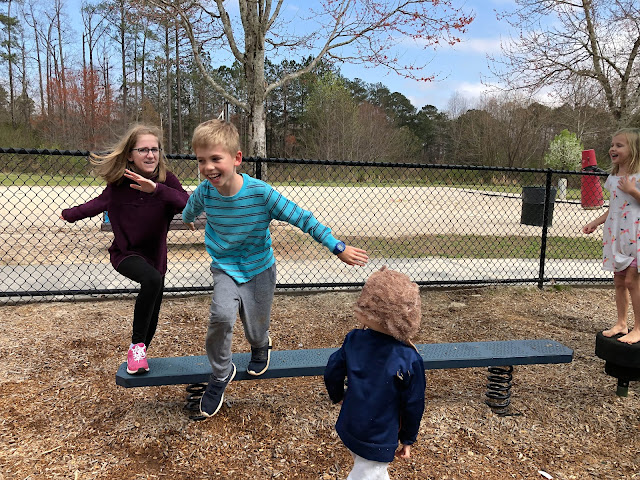 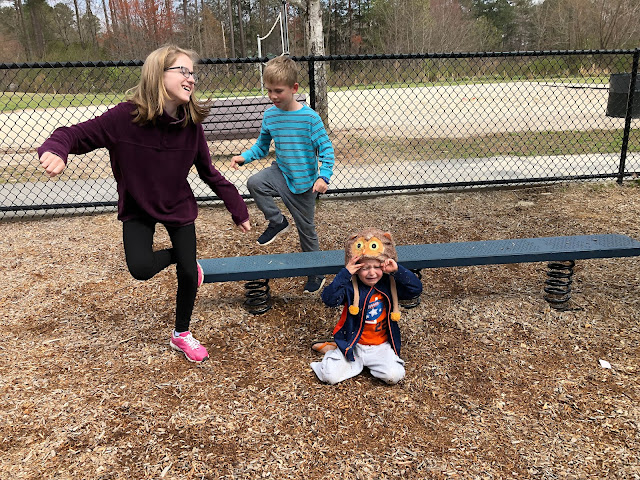 (Poor Alexander couldn't best any of his siblings.)
Unrelated to the park (except that Phoebe took a nap after the park and then woke up and played on the floor), here's Phoebe showing off some of her rolly-poly skills. First she's up on her forearms: 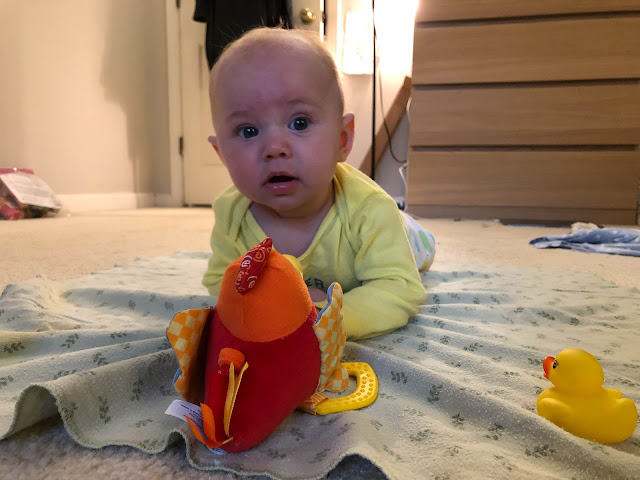 Then she falls to one side and rests while she decides whether she wants to get back up on her elbows or flip onto her back (I mean, I guess she could be thinking about any number of things, but that's what I suppose is happening): 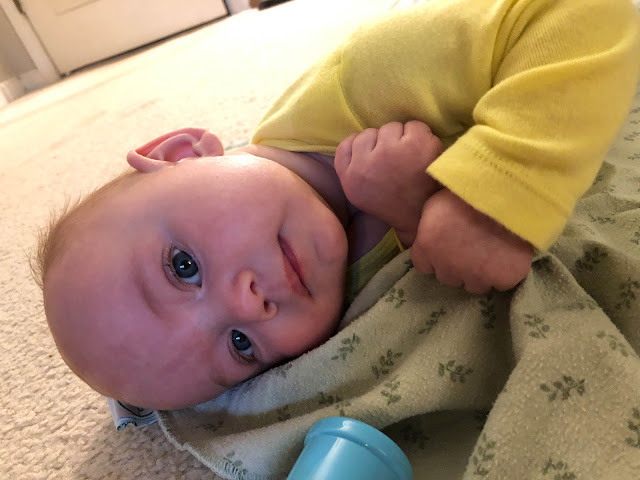 And, finally, she flips her hips, lands on her back, and almost rolls clear to the other side: 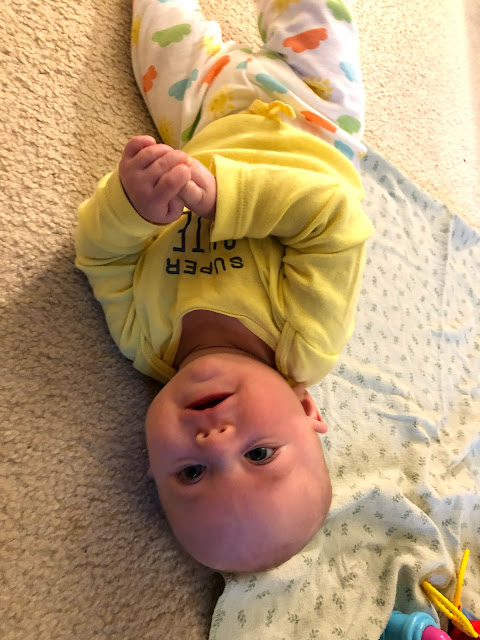