I found City Stars to be rather unimpressive. Other than it's enormity, it really was uninteresting.

First of all, its slogan is "The stars of the city...City Stars!" How lame is that?

Second of all, if you didn't get that the mall's theme is stars from a) the name of the mall and b) the slogan, the decorations will set that straight for you. There are hundreds of stars hanging in the main atrium. Too many stars if you ask me. Way, way too many stars. I'm hoping that they were just up for Ramadan and will be taken down soon because, really, it was just too over the top. 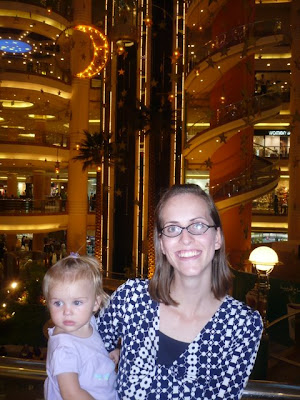 Third, it's a little too big and full of a whole lot of nothing. Most of the stores were ritzy American or European stores that I couldn't afford to buy anything from. And we kept getting lost. And there was nothing interesting (like a hijab fashion show or anything) going on. Even their ATM center was rather empty. 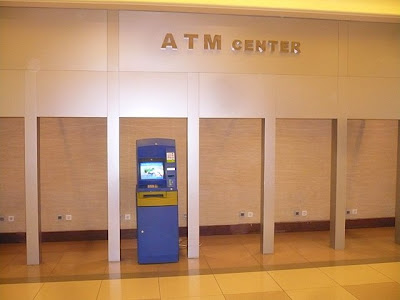 Hmmm...which ATM should I use?
I'm not sure how often we'll be going out there. It's quite a ways away and was, I feel, rather overrated.

We did get some good Mexican food, though. While we were on a quest to find a store that sold cheap-ish jeans, Rachel began to get rather hungry. She kept biting her lips and twisting her mouth around. It was pretty funny. 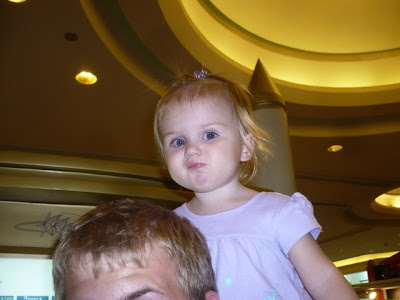 So we went to On the Border with the Schillings. They had complimentary chips and salsa and our food took so long to get to our table that we must have had 4 or 5 bowls of chips and several bowls of salsa before we even started with our dinners. Rachel devoured a whole bowl of salsa by herself. 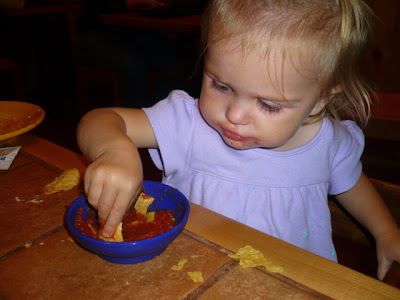 Josh's food was the first to be brought out. He was sitting across the table from me, beside Rachel. The minute his food was set on the table she reached over and plunked her messy finger right in the middle of his dipping sauce.

Next time we go out to eat with friends who don't also have children, we're going to have to flank Rachel instead of sitting next to each other...

The food was good, but by no means great.

Man, I sound so unimpressed with City Stars that I might just have to go again to see if it really was that horrible. I mean, I did find a pair of jeans that didn't have a million sequins on them for 70% off and there were some interesting displays and signs. My favorite was this one: 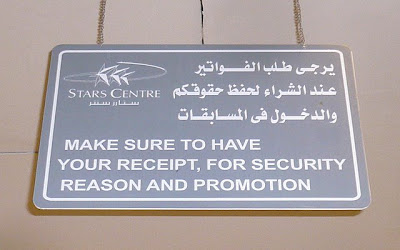 I can just imagine being stopped by a guard one day.

He'll look at my receipt for a minute and then gasp.

"Congratulation!" he'll say, because Arabs rarely remember to pluralize their English congratulations, "You've been promoted from laissez-faire shopper to super shopper! How does that make you feel?"

Update: I just had Andrew translate the sign for me and I guess they really do mean to keep the receipts for promotions. Apparently it says, in Arabic, to keep all receipts for security reasons and for entering into contests. It was much funnier before I knew what they were trying to say.
Posted by Nancy at 3:18 PM