We are sailors. We sail.

In spite of being dog-tired, we decided to go on a felucca ride late this afternoon. This involved having to wake Rachel up from her nap, getting her dressed (she and I both had to change out of our smelly throw-up clothes when we got home and she ended up napping in nothing but a diaper), and, since we'd decided to kill two birds with one stone and have dinner on the felucca, ordering pizza. 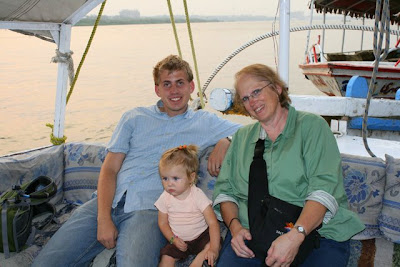 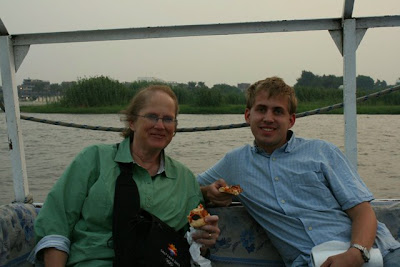 Eating dinner
We ended up getting down to the docks a little late and the sun had already started to set, but it was a really relaxing ride anyway, and quite successful when compared to our last felucca excursion.

We got to go further downstream before turning back up and therefore got to see a lot more, like the mansions on the other side of the Nile, fishing/farming boats, and, of all things, a parade! 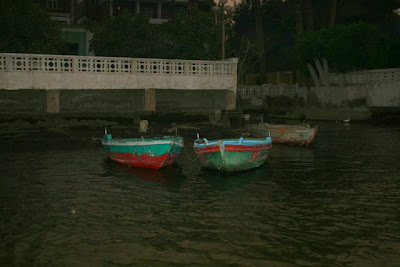 Little dinghies
Apparently some of the 6th of October celebrations carry over to the 16th of October, since that is when the war really ended. There was a fair of sorts going on with hot air balloons, ultralight hang gliders, and a parade of 6 floats floating down the Nile. We had to wait for the parade to pass before we could dock, which was fine with me because I kind of wanted to watch. I'd never seen a parade on a river before, so it was kind of interesting...in an odd sort of way. 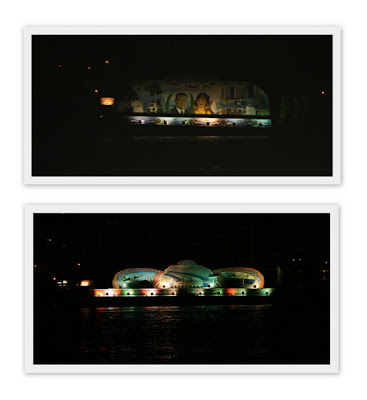 Some of the floats 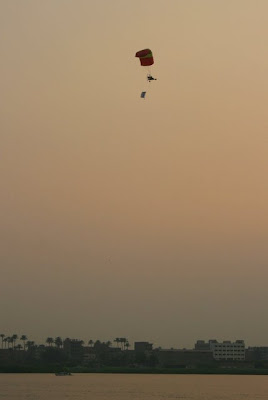 It was a perfect way to end our very long and tiring day. I'm glad we didn't put it off! 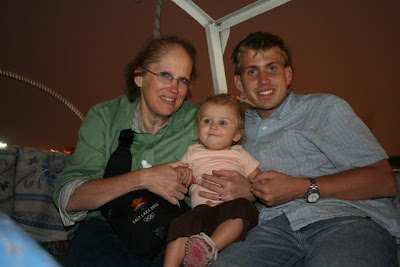 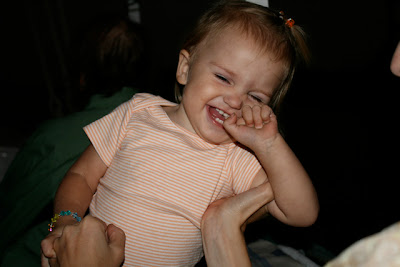 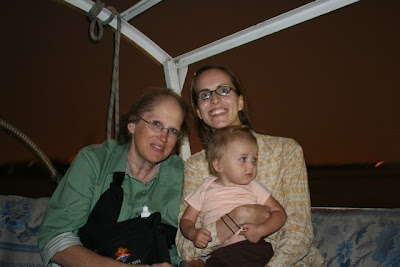 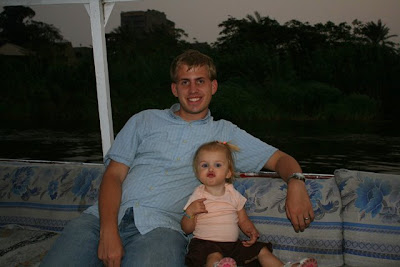 Daddy and Rachel
Posted by Nancy at 5:33 PM