I wish that I could have visited the monastery 100 years ago—before they made an entrance in the wall. It would have been so much more interesting to enter the monastery through a basket pulled up over the wall instead of through a doorway. At least, I think so. Instead we just got to look at the big pulley system they had rigged up to take people in and out of the monastery. They seriously built a wall, without an entrance, all around the monastery. 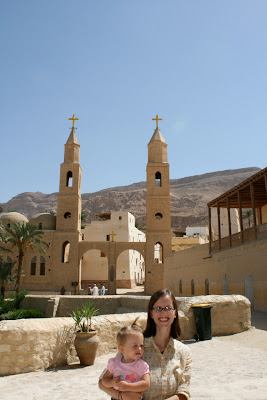 Nancy and Rachel in front of the monastery 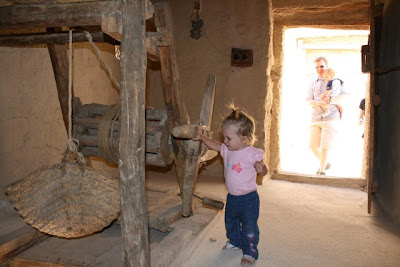 Rachel reeling in the goods
As boring as it was, we went in through the door like any normal person would, and were greeted by a very friendly monk who took us to the bookstore. We had to wait for a tour group to leave before we could go into the monastery. He explained to us about his hat and the jobs they do in the monastery. They provide free help to anyone who needs it. They grow their own food. They make their own clothes. They do everything. Then he took pictures with all of our families, and St. Anthony, of course. The poor man was so confused and just couldn’t keep our families straight. He kept confusing couples and children and who belonged to whom. It didn’t really help that we kept switching kids on him. Rachel was having an independent day and didn’t want me to hold her hand, although she was fine with holding anyone else’s hand. 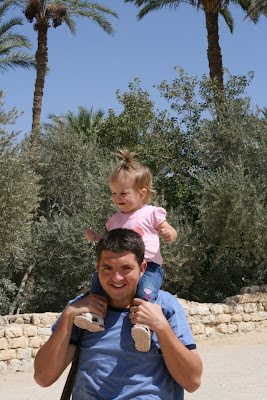 Tanner and Rachel
He was a little disappointed that we didn’t buy anything from the bookstore, but there wasn’t anything that we really wanted. We weren’t exactly in the niche of customers they were after. He still took us on a tour, anyway.

The monastery was really quite interesting. They got attacked a lot back in the day so they had, not only the doorless wall to protect them, but a building accessible only through a drawbridge on the fourth floor that they would retreat into when under attack. 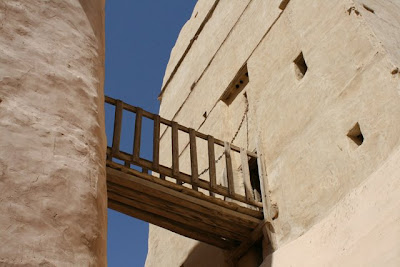 The chapel was probably my favorite part. At one point in time the monastery had been besieged and all the monks were killed. Whoever had defeated the monastery (pretty easy and cowardly to defeat unarmed monks, I think) went into the chapel and covered up all the artwork…I’m not sure exactly the medium…perhaps it was fresco… 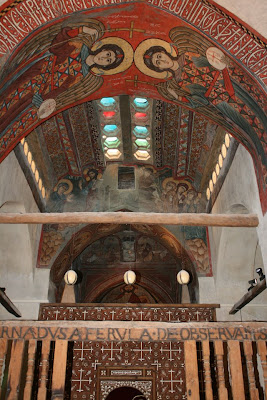 A group of Italian restorers spent four years uncovering the original paint. One of the last pictures of Mary nursing the baby Jesus is in this chapel, along with some other interesting artwork. 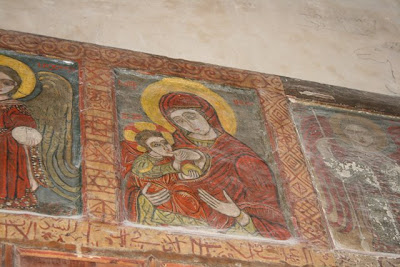 The monk, Ruis, had us take off our shoes and join him in a moment of “silence and meditation” when we entered the chapel. Somehow all our babies started protesting the silence at the same time. I don’t know how they know but they know. It was kind of embarrassing. Tanner had to take Abby out and I almost had to leave with Rachel.
After the chapel we went to the spring that the monks use for water and were even brave enough to try some and then decided to call it good. We were all hot and tired and wanted to get to Hurghada (I’m not sure why), but before we left we decided to use the WC. There are two toilets for public use in the monastery and we went in shifts. After everyone else had been, I ended up holding Abby and waiting outside the restrooms for Tanner and Lora while Rachel ran around the courtyard. 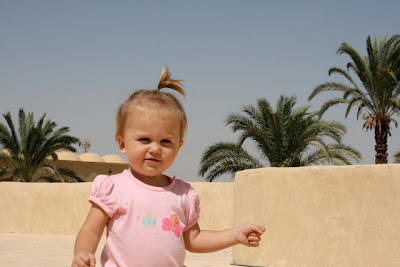 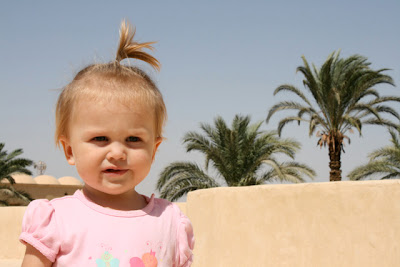 Rachel ran off to find Andrew and I followed her until he knew that she was now his responsibility and then went to wait over by the restrooms again. A big tour had just arrived and they were being rather noisy—I wanted Abby to stay asleep. So I ended up being quite far away from everyone else. I watched the tour pass through, and noticed that Patrick, Melissa, Finn, Andrew, and Rachel followed them.

I started to follow them, but they had gone out of view and by the time I caught up to the tour, they were nowhere in sight so I just went back to wait for the Sharps. After all, I had their baby.

They came out of the restroom and we discussed where everyone else would have disappeared off to. We looked around for a bit; Tanner went off to the van and Lora and I looked around the entrance. They really were nowhere.

Finally Andrew appeared saying that they were in the clinic taking advantage of the free medical help. 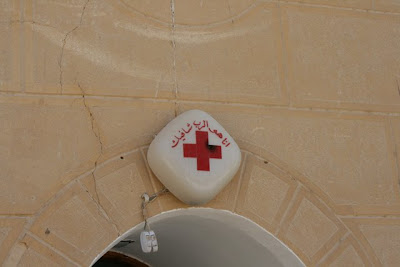 First aid sign
Melissa had a bit of heat exhaustion and had nearly fainted. The monk taking care of her was very excited to have a patient (he doesn’t get out much) and gave her some anti-diarrheatic pills (I don’t know why) and some juice and water to help get her hydrated. She choked on the water and started coughing, which made him even more concerned. It was kind of neat, though. I’ve never been in a monastery clinic before. It was…quaint. I’m just happy that Melissa was only having heat stroke and not a real stroke! They did take good care of her, really, although they wouldn’t let her use Lora’s rehydration packet. 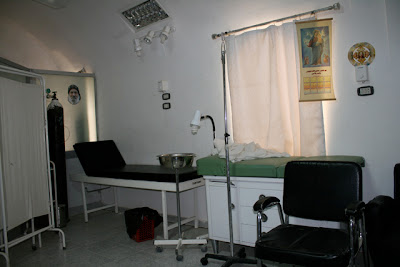 The monastery medical center
It’s too bad we were in a rush to get away from the monastery and off to Hurghada. There was so much to still to see at the monastery and Hurghada was such a waste. If you ever get the chance, I’d highly recommend a visit. 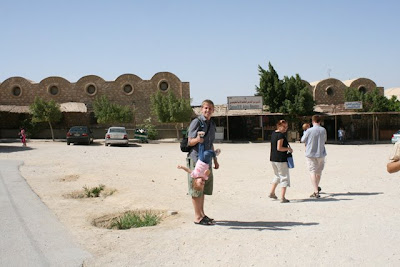