I think I have sand in my teeth…and everywhere else, for that matter, but the pyramids were all ours for today. For some odd reason there were very few tourists around. I’m not sure what was keeping them away. It may have been the heat. Or the wind whipping scorching hot sand around.

We climbed up Khufu’s pyramid as far as we were aloud, not that the guards would have stopped us if we had tried to break the “rules.” Most of the guards were sitting in the shade doing absolutely nothing, not that I can blame them. This heat sucks energy out of your soul and leaves you dragging under the best of circumstances. I can only imagine how it is to sit in this heat while fasting all day, including abstaining from water (which in this climate is borderline suicidal, in my opinion). 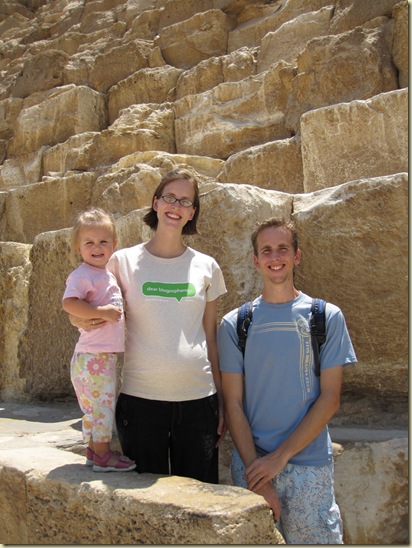 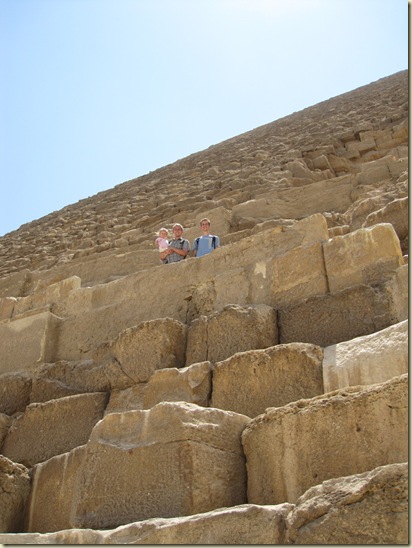 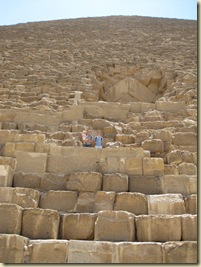 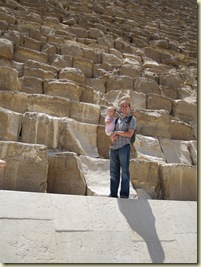 Patrick slid down this cement ramp on the front of the pyramids. It was a lot less fun than he thought it was going to be, but he made me take a video of it, anyway. Maybe I’ll post it one day. 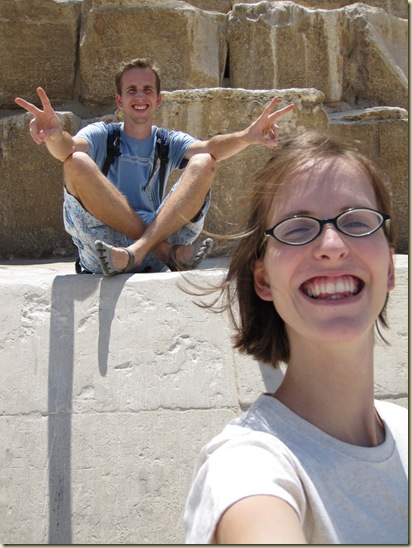 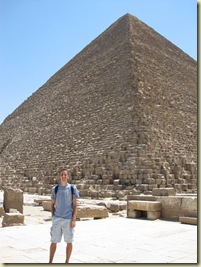 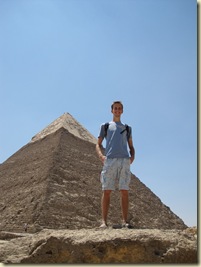 All Rachel wanted to do was collect rocks so she wouldn’t sit still for any pictures. Unfortunately the rocks were too hot to handle so she kept throwing them and screaming at them for being too hot. So we didn’t really get a great family picture, but at least we tried. 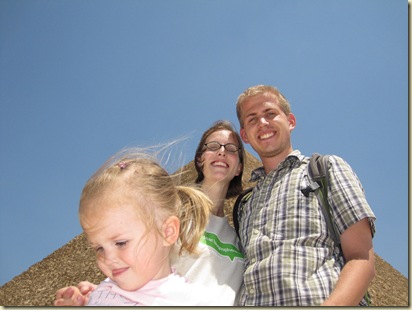 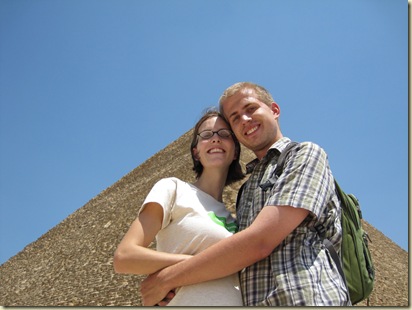 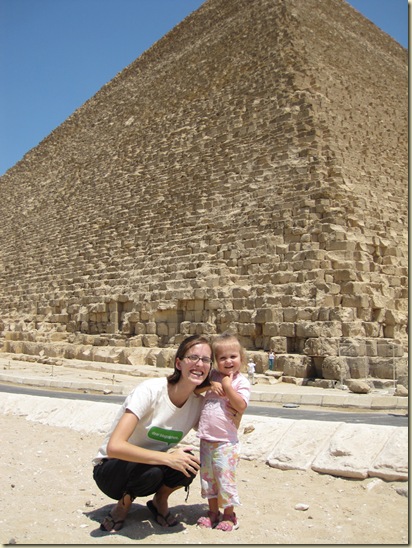 After much hassle and haggling, we committed to ride some camels out into the desert a little ways. Our “guide” wanted to take us on a big, long trip but, since Rachel is terrified of camels and I’m pregnant, and because they only brought us two camels instead of three, and because we didn’t feel like getting royally ripped off, we insisted that they take us only to the panoramic viewpoint and then back to the pyramids.

As it turned out, we didn’t go far enough out to get a panoramic shot, but it did put us squarely in the desert. 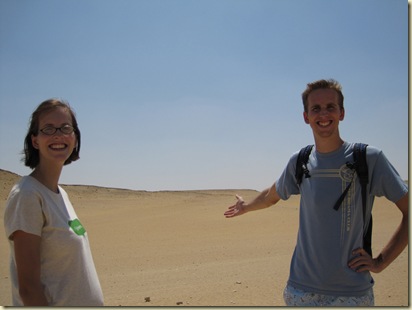 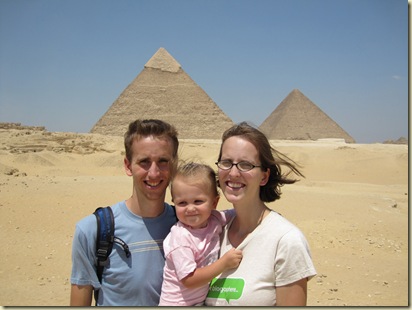 Getting sand in your eyes was hard to avoid. The wind was blowing constantly but wasn’t always carrying sand. One minute you’d be fine and the next minute you’d be shielding your eyes from the sand that would suddenly swirl up into your face and try to gouge your eyes out. 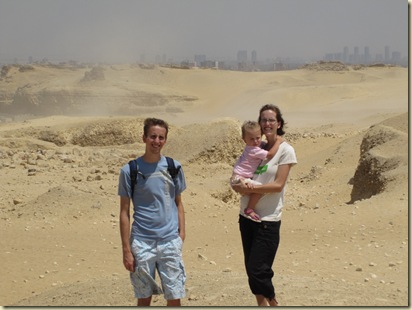 Rachel was pretty brave considering she didn’t want to ride the camels at all. The things you do for relatives! She didn’t even scream the whole way and was able to smile for some pictures and wave to me on the other camel and talk about what we were doing. That said, she did do a whole lot of screaming as well.

She sat with Andrew, clinging to him like a little monkey the whole time. Patrick sat behind me so that there’d be room for the baby bump up front. 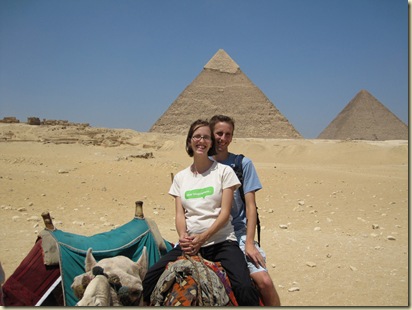 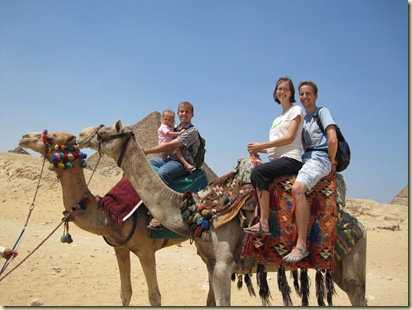 We walked down to the Sphinx using a dirt path by the tombs instead of walking down the sidewalk, which meant that we got to do a little bit of exploring; we were completely uninhibited by pesky tourist police officers, mind you, because none of them wanted to get out of their bit of shade to stop us from going anywhere. There weren’t any signs telling us not to, so we figured it was okay. 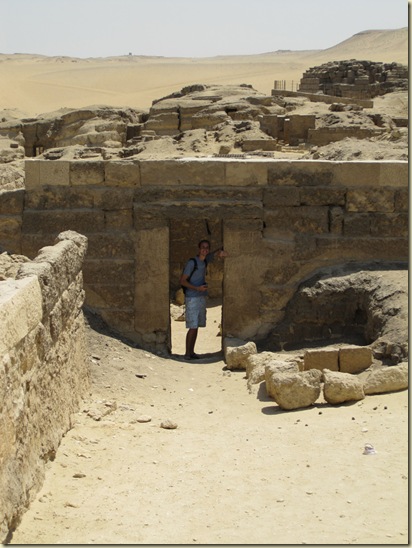 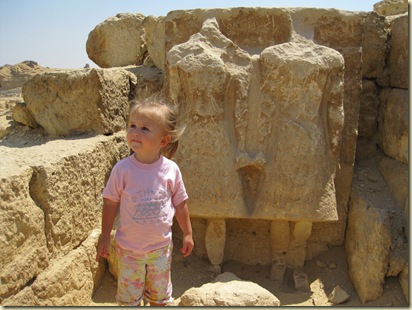 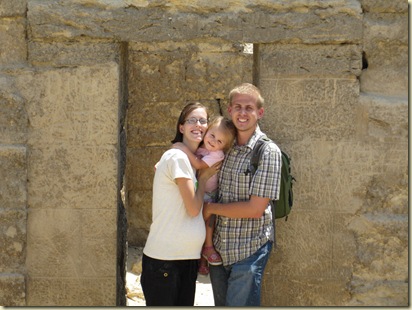 The ticket into the pyramid complex includes admittance into a number of tombs and things, which are always locked up. Usually there are guards sitting close by and they will open the doors for you and accompany you inside, locking up after you leave. Unfortunately no one was willing to budge from their make-shift chairs to let us in anything, which was kind of sad. But at least we weren’t being followed around by tourism police the whole time we were there. 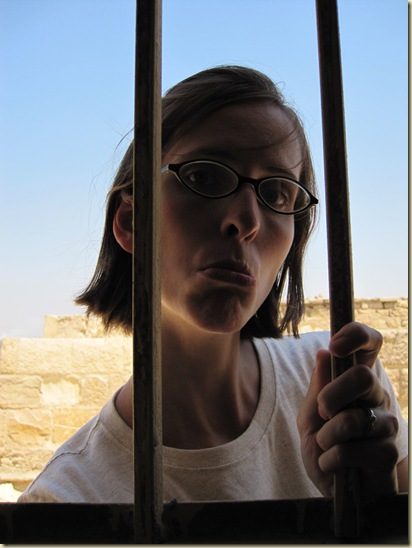 We did, however, finally get to go up close to the Sphinx. The first time we visited the pyramids (three years ago) you had to have a separate ticket to see the Sphinx, so we thought it was the still the same. I guess since they’ve redone the complex and raised the ticket price the Sphinx is now included. We didn’t know that. 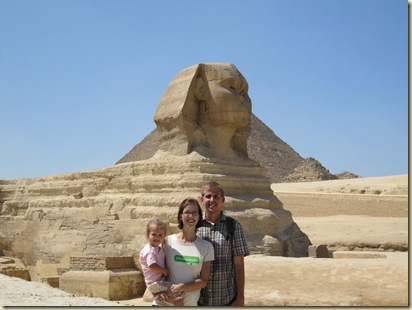 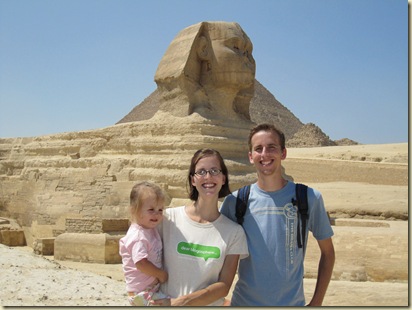 They still don’t let you get very close to it, which is understandable because it’s a little crumbly. It was nice to finally be able to go back there, though. We’ve only ever seen a few people behind those gates and always wondered how they got back there. Now we know.

We’ll be picking sand out of our ears for the next week, but at least we know.

We also know now that if you ask to be taken to al-Harem instead of al-Ahramat, taxi drivers figure you’re going into Giza for non-touristic purposes and won’t try to rip you off as badly. Al-Harem happens to mean pyramids, but it’s also the name of a main street in Giza (and since it’s named for the pyramids, the pyramids are right on it).