Rub-a-dub-dub, two maids in a tub! 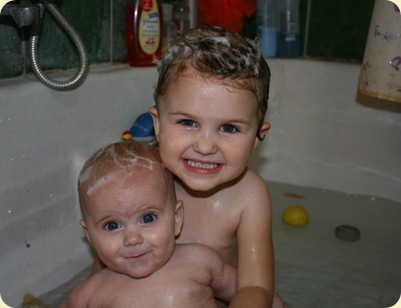 And what do you think they do?
They splash and blow bubbles
Causing all sorts of troubles
By soaking the floor, those two!

I took the liberty to rewrite this poem because the original Rub-a-dub-dub nursery rhyme (1798/1825) is full of innuendo. Three men at a fair, watching young women bathe? And we teach our kids these things? On purpose? Mother Goose, I, for one, am scandalized!

As a child I learned the holier 1840s version of the rhyme. You know, the one after the maids were taken out:

Rub a dub dub, three men in a tub,
And who do you think they be?
The butcher, the baker,
The candlestick maker.
Turn them out, knaves all three!

No Bathshebic themes there, although suddenly the three men are referred to as knaves—probably due to their shocking behavior in the original poem. Apparently today there’s some line about a rotten potato? And that has what to do with bathing?

Our little girls had a bath today because I let Rachel loose to run in a midan. She went about collecting sticks and leaves, calling them her “money.” Then she ran up to me, screaming, “Wash off my hands, Mom! Wash off my hands!”

“What happened?” I asked.

“I picked up dog poop!” she wailed.

I handed her a cloth diaper to wipe herself off with. Apparently she thought the dog poop was a stick.

She lamented while wiping off the doo, “Why did I do that?!”

“I wasn’t being careful!”

She didn’t feel like playing much after that and just wanted to go home to take a bath. I thought that sounded like a good idea.

They had fun, are squeaky clean, and no longer smell like doggy doo. 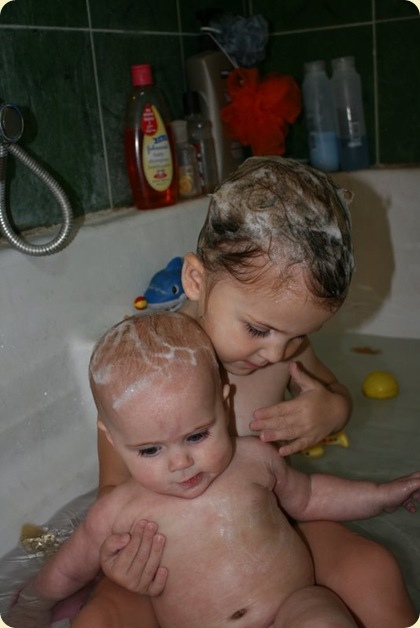 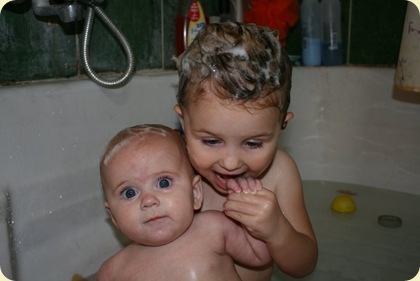 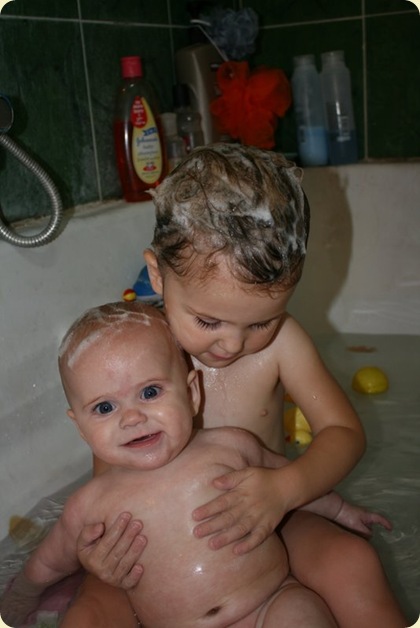