Everyone always says my children look like Andrew. I guess that’s a good thing because he’s really cute. But I still assert that the girls look like both of us and MyHeritage.com totally backs me up. 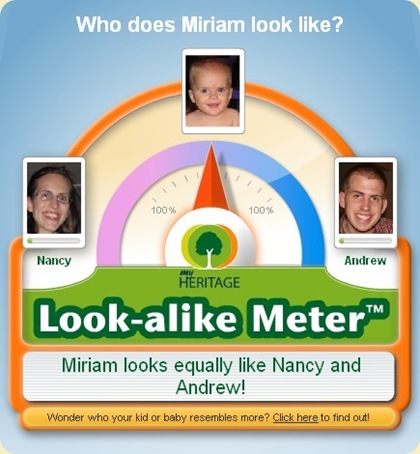 Actually, I did this twice and once Miriam came out looking 6% more like me, which is weird because I, personally, think that Miriam looks quite a lot like Andrew. I had to do it over again, though, because it was a really goofy picture of me…

While I was cruising through Picasa trying to find a good headshot of Andrew this evening I stumbled across one of his baby pictures.

So I clicked to enlarge it and found that it was actually a picture of both our baby pictures side-by-side. I was kind of surprised to see myself and even more surprised to see that (holy cow!) Miriam looks like me! 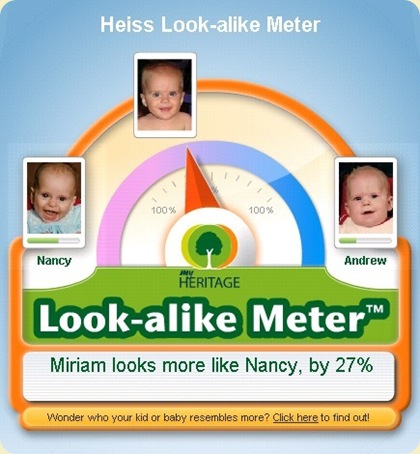 That was just so weird for me. Equally weird is that the girls seem to look like a good mix of both of us but don’t actually look all that much alike themselves. They look like sisters but still so different. 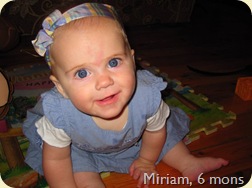 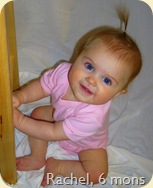 I suppose only time will tell who the girls will look like. Most likely they’ll just end up looking like themselves.