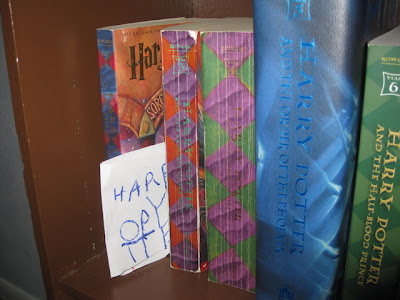 It's a little booklet that Rachel made so that we know Harry Potter is "checked out" and is in her bedroom instead of on the shelf. She wrote Harry Potter on the front. Or rather, she wrote:
HARR
OPY
TTER
And in the inside she drew a glamorous picture of Hermione with her two ugly sidekicks, Ron and Harry (who are evidently way less important than Hermione): 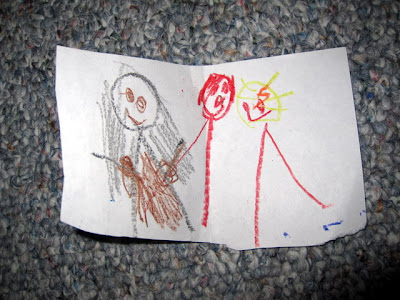 I'm so glad I have her around to help keep our home organized! Now if I could get her to stop piling papers on my desk...
And just because I took pictures of the girls doing puzzles the other day, here are a few: 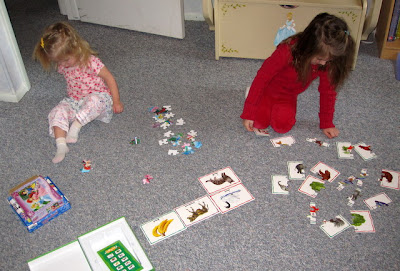 Miriam is doing a princess puzzle that she has completed on her own a number of times but for some reason was finding it difficult to focus (because Rachel's puzzle was so much more interesting). 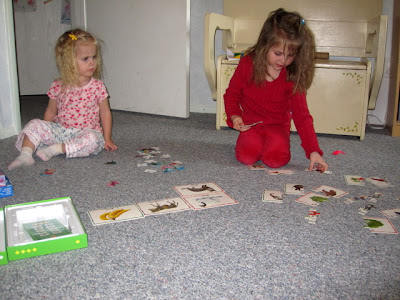 Rachel's puzzle was a gift from my aunt in France. It's an Arabic puzzle—each picture is divided along the letters of the word so as you build the picture you also build the word. When I first showed Rachel the box she said, "Ew. I hate Arabic!" and pushed the box away. I told her to do the puzzle, anyway, and she ended up loving it and put it together more than once. 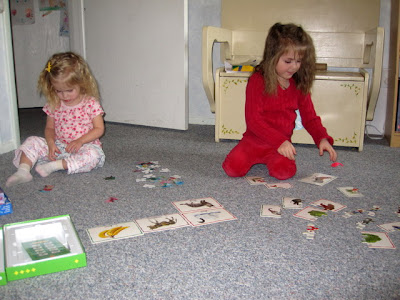 Both the girls were very interested in saying the Arabic words as well. Their favourite word was bananas—mooz.
Posted by Nancy at 11:13 PM