You say goodbye. I say hello.

Saying goodbye for a long time is easier for me to do in rounds. Benjamin and I stayed behind in Utah for a week and a half before coming out to North Carolina and we got to say a lot of goodbyes. It was super easy to say goodbye without crying because I could easily convince myself that I wasn't leaving yet...because I wasn't.

When Sarah stopped by with lunch—Costa Vida, yum—we had a lovely chat. And then she cried when she said goodbye. I didn't. Because I wasn't leaving yet.

Later I said goodbye to my nephews—like a half hour after they met Benjamin for the first time—but I didn't cry because I wasn't leaving yet. 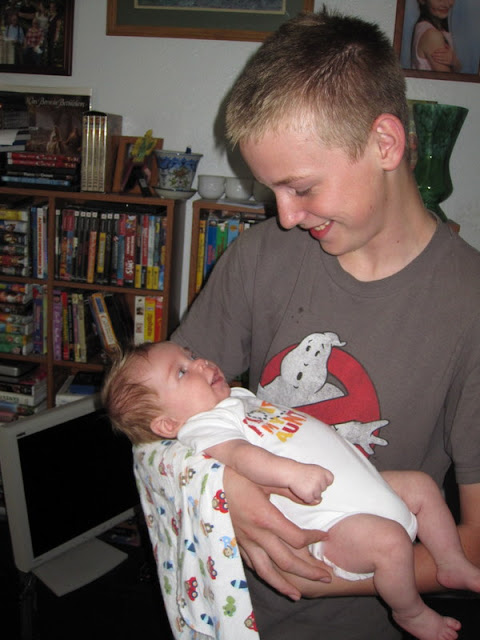 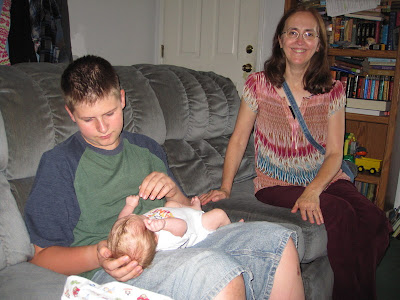 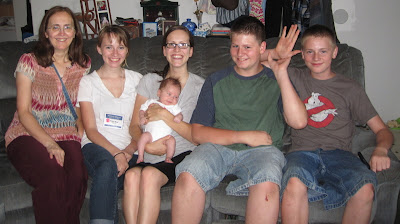 (I just now had one of those weird freak-out moments when I looked at this picture and remembered the sweet tiny babies that my niece and nephews used to be. And now they're as big—if not bigger—than me. One day that's going to happen with my own kids. That'll be weird, too.)

On Sunday (the 19th) I finished packing up my things at Reid and Karen's house (except, like, a coaster...and some other random things, I'm sure) and headed over to my parents' house to spend the afternoon. 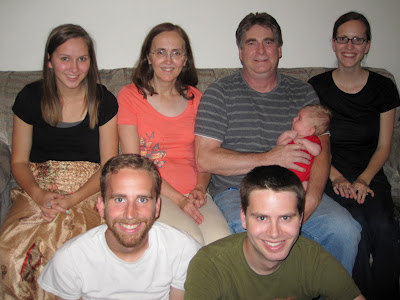 I said goodbye to my dad and my brothers, again without crying because my mom and Josie and Rosie were driving me to the airport and we were stopping by Kelli's place to say goodbye there first, anyway. Besides, it's hard to cry when you're surrounded by goofy people. 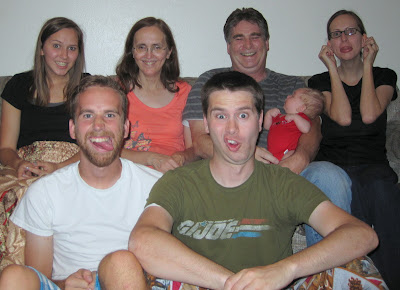 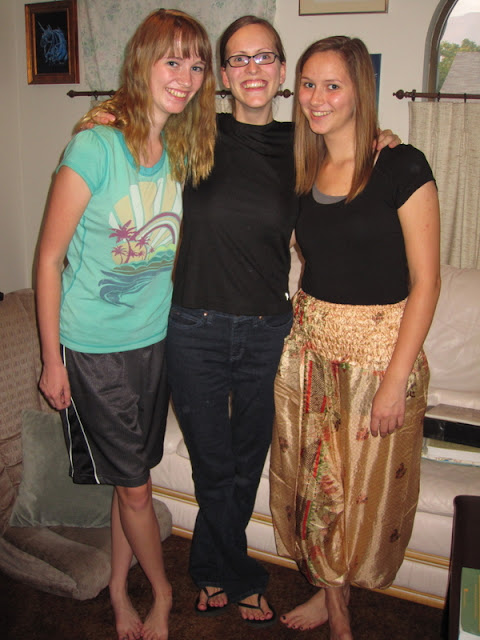 Benjamin was passed around like a beanbag, with everyone vying for one last snuggle with him. 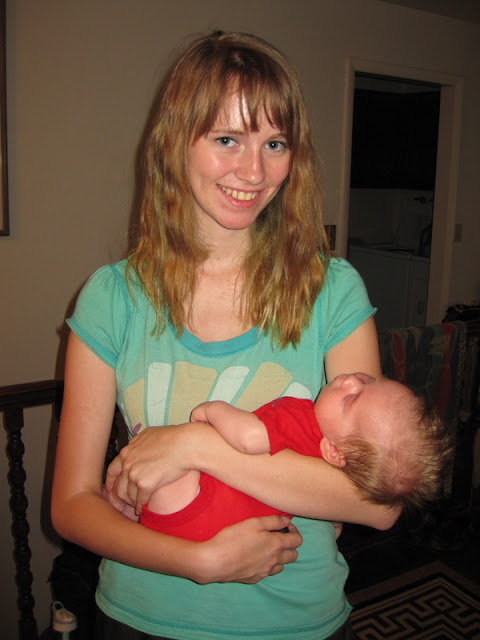 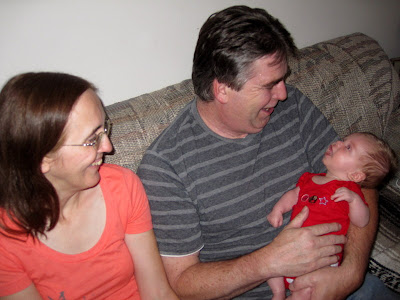 So, then we went up to Salt Lake and visited with Kelli for a while before we went to the airport. Benjamin was handing out smiles like pretzels on Sunday... 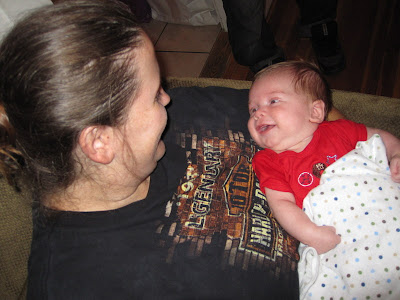 I did cry at the airport. That's the only logical place to cry because if you're at the airport it's obvious that you're going to be putting some real distance between yourself and those people you love. But I didn't cry for long because I had to be a responsible baby/passport/ticket-juggling adult.

Benjamin was wonderful on both flights and the layover between. He slept pretty much the whole time.

We were both very happy to see three smiling faces waiting for us at RDU! Grandma and the girls picked us up and, of course, there was no crying there. But when we dropped Grandma off at the end of the week the airport tears surfaced again. Luckily we took goodbye pictures before leaving the house. We took lots of them because everyone wanted a turn behind the camera.

And then Benjamin wailed, "Enough already!"

Saying goodbye is rough, and with this move I felt like I was saying goodbye to people for weeks. Now that we don't have to say goodbye for a while I'm excited to settle in and meet new people (though with how introverted I am that's likely to take some time).
Posted by Nancy at 11:23 PM