After the freezing rain we got last night, the snow was perfect for building an igloo today! It had a lovely crunchy layer on top that we cut through with a butter knife to make bricks. The northerner in me would like to point out that I used to walk around on top of snow banks that had a crisp enough layer to keep me from falling through. The crispy layer we got down here only held Benjamin's weight—and only until it warmed up and things got a little slushier.

We had great success with our igloo walls though we couldn't ever get our ceiling to hold. 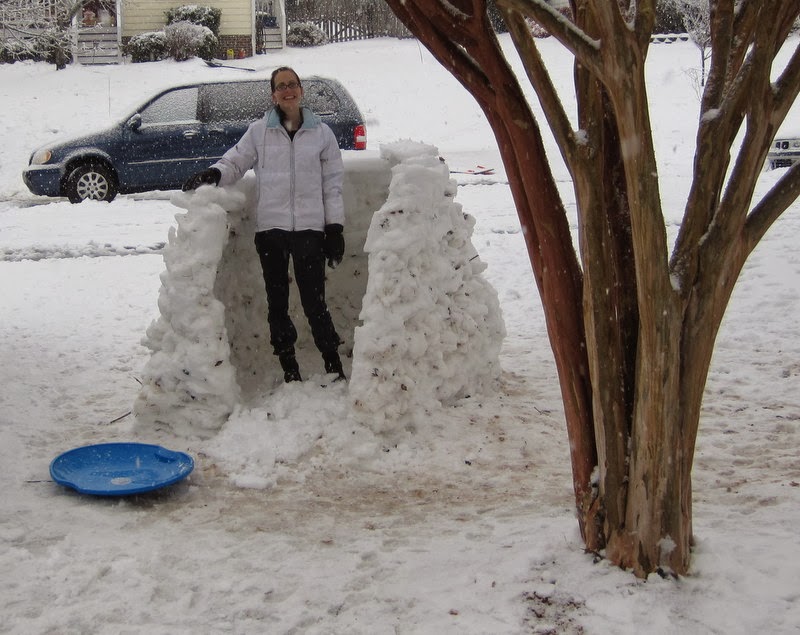 We had so many neighbour kids out working on it at different times—up to ten kids (which is basically the entire population of our street). 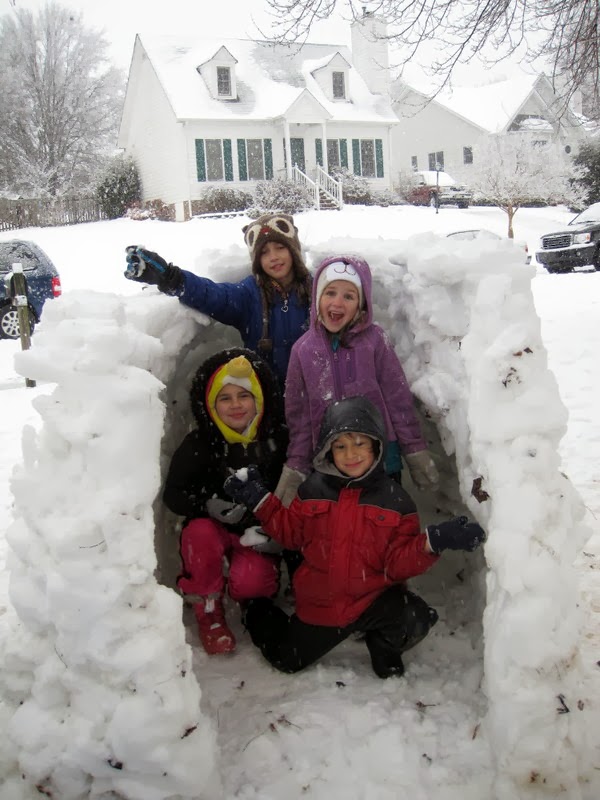 Our next-door neighbour brought out a plate of cookies, fresh from the oven, for everyone to share. 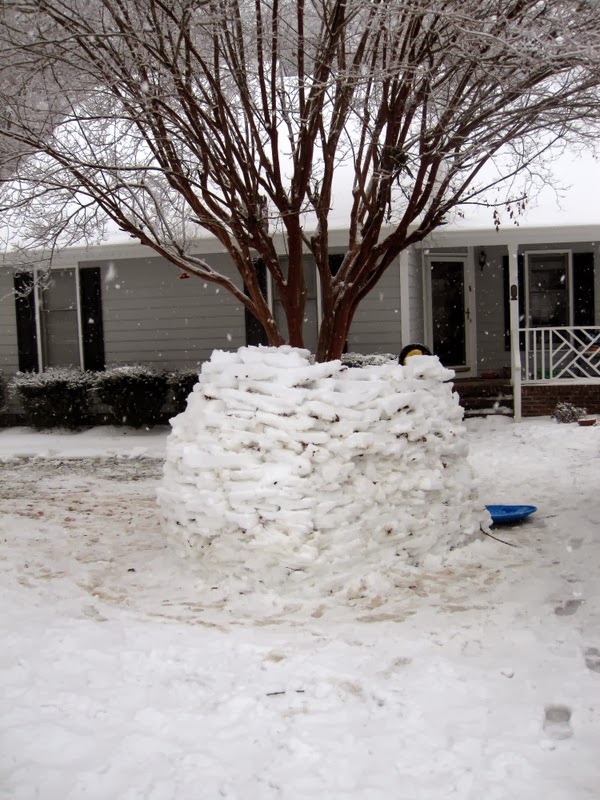 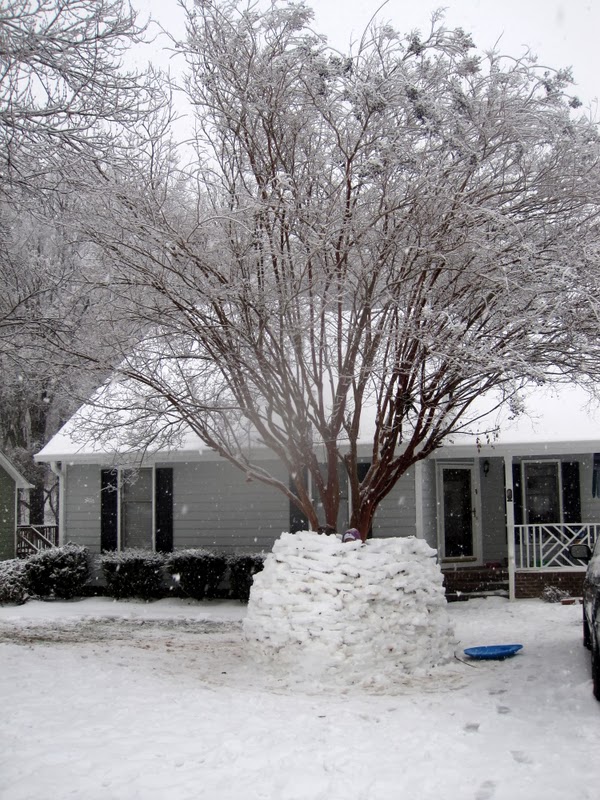 Soggy and cold, we eventually decided to head in for lunch. Rachel was especially soggy—she'd been sledding down the neighbour's driveway into the street which is basically one big puddle of slush! She was drenched through both her coats, through her snow pants, and had puddles of water in her boots. 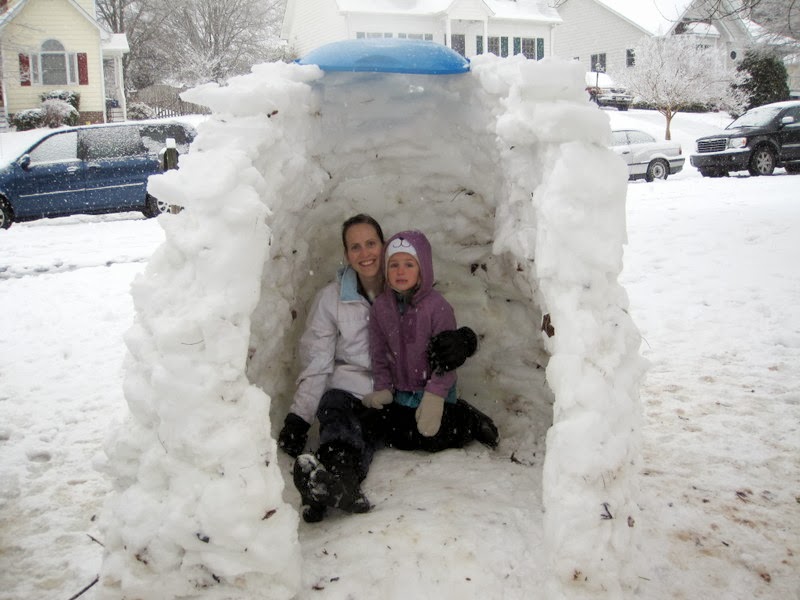 She came in for a warm shower and we put all the snow clothes in the dryer.

Now she's back outside with the neighbours again. One of the walls of our igloo collapsed while we were inside but they've already built that up again and are working on putting a roof on it. We'll see if they manage it! I'm tempted to go outside and try with them again but unfortunately when they came to see if Rachel could come back out they rang the doorbell a dozen times and hammered on the front door and then kept ringing the doorbell after the door was open and somehow all that racket woke up Benjamin from his nap (I'm not sure how). I'm not sure if he wants to go out again. You sure get wet quick in this stuff—it's melting about as fast as it's coming down!
Posted by Nancy at 4:18 PM