Not ranting about snow

The kids were all so excited for the snow. We had to pretend that it wasn't snowing and that we weren't going outside to play in order to get Benjamin to go down for his nap. He's gone from being terrified of the snow to being quite in love with the stuff. He's invented a sign for it and everything.

After he was asleep the girls hurried into their snow gear and trotted off to the backyard where they happily played Olympics for the duration of Benjamin's nap.

The most popular event was the luge/skeleton down the slide: 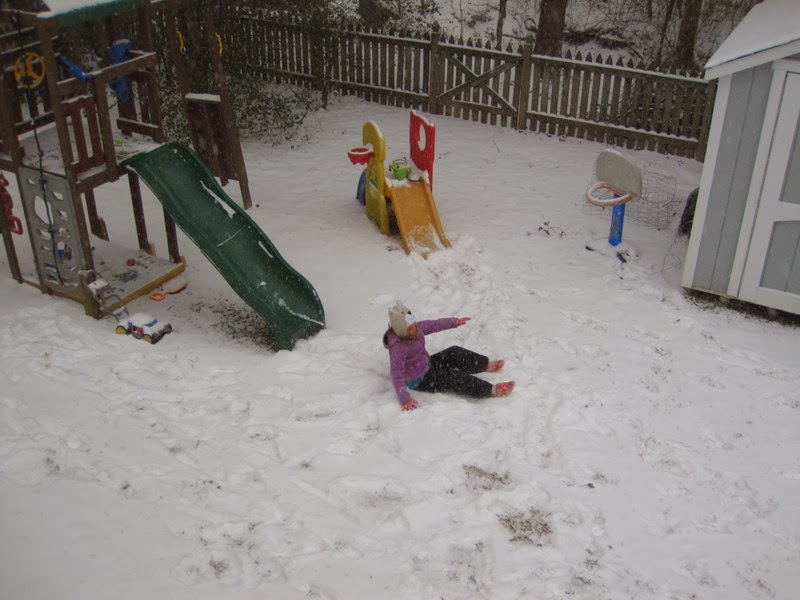 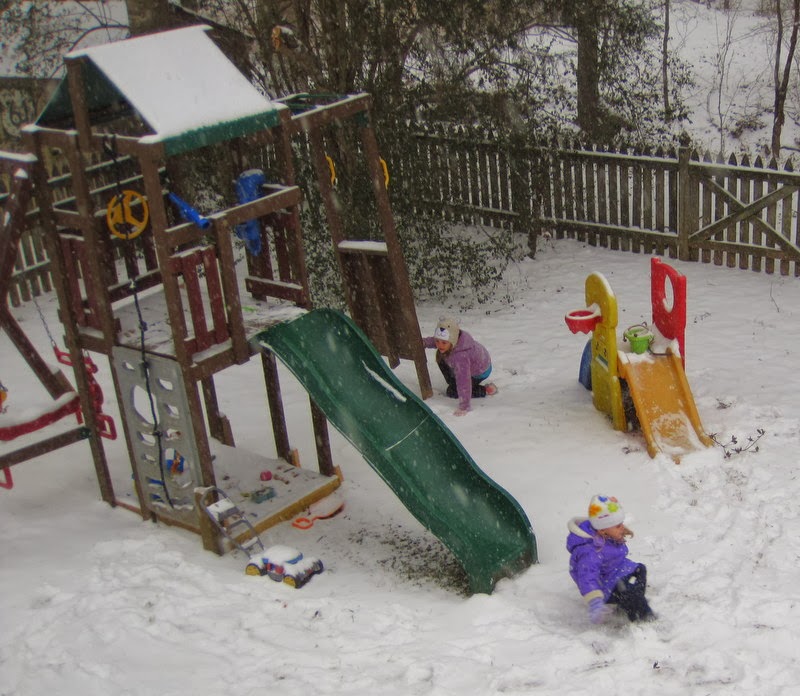 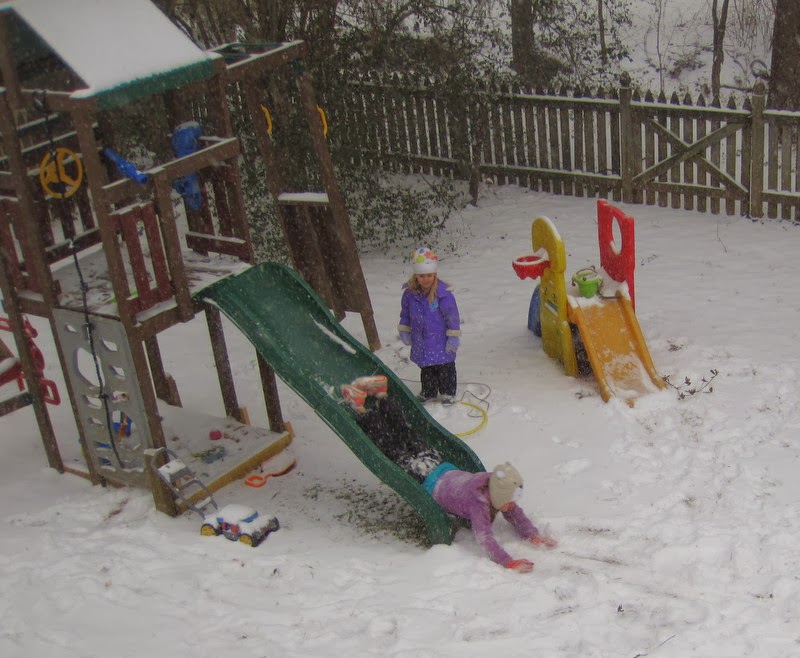 Snow pants and snow make the slide much more slippery than usual.

When Benjamin woke up we—Andrew, Benjamin, and I—got all bundled up to head outside for a family walk. 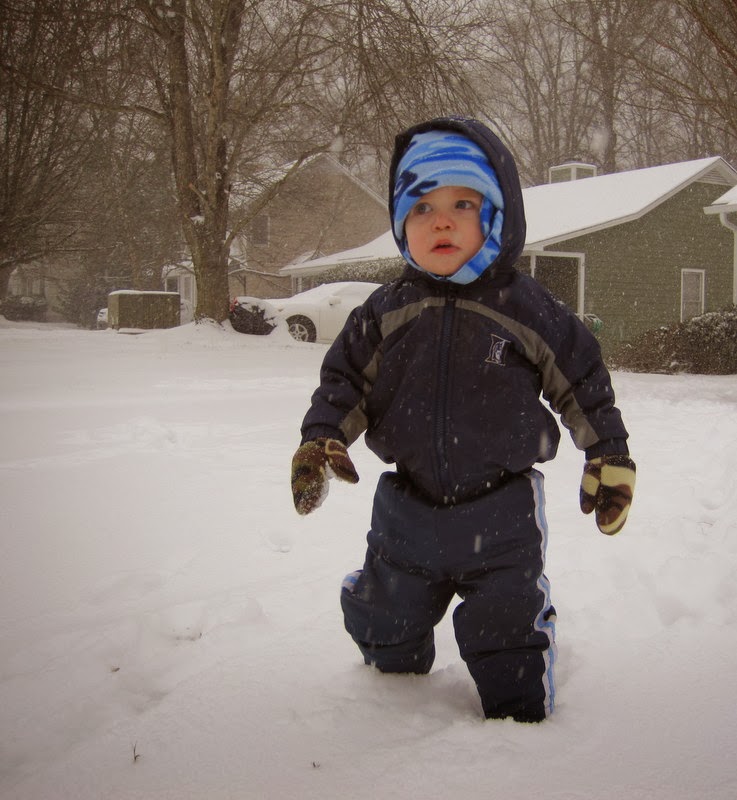 We walked down to the main road to see if we had any traffic, but we really didn't see many cars (I suppose the hill was giving everyone trouble and I even heard that the police had closed it at some point in the afternoon). We walked all the way to the park. 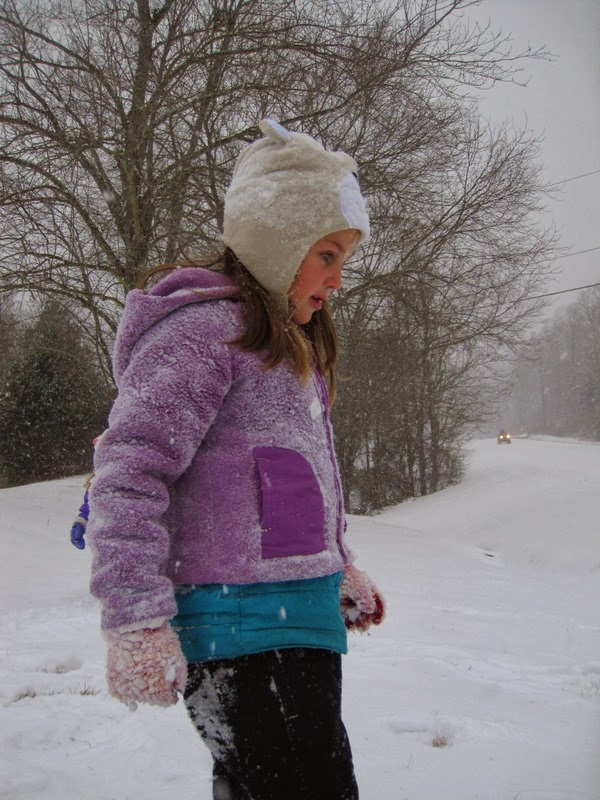 Getting hair in her mouth makes Miriam rather angry... 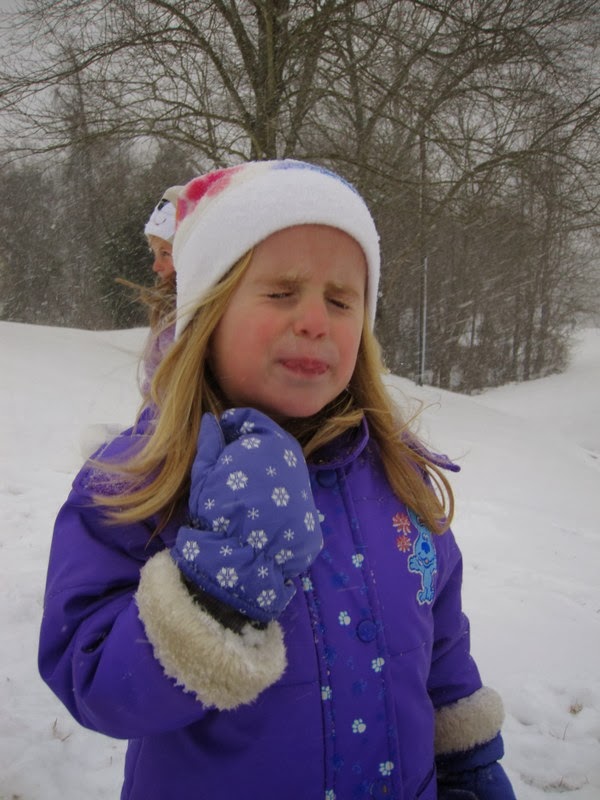 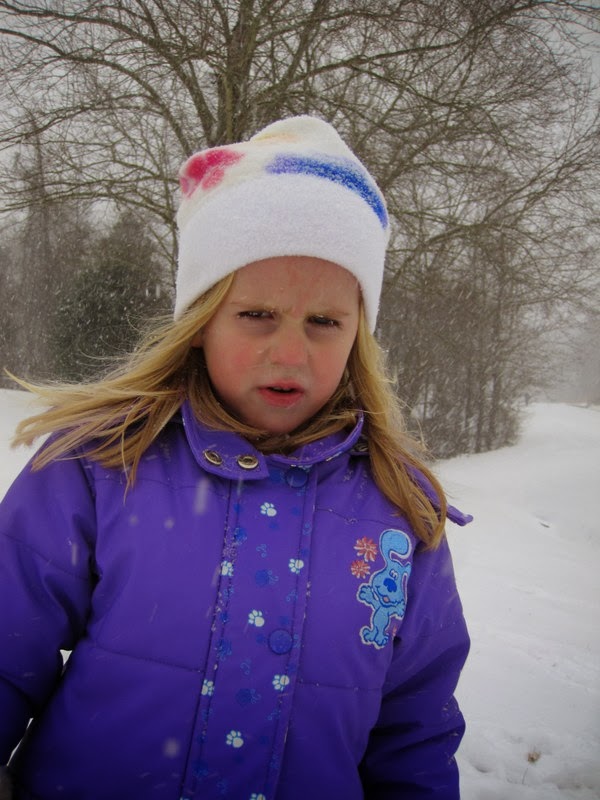 It was fun to have our green landscape transformed into a winter wonderland, though I already wish the snow was gone and long for the pool to reopen. It's very much closed for the season, however. 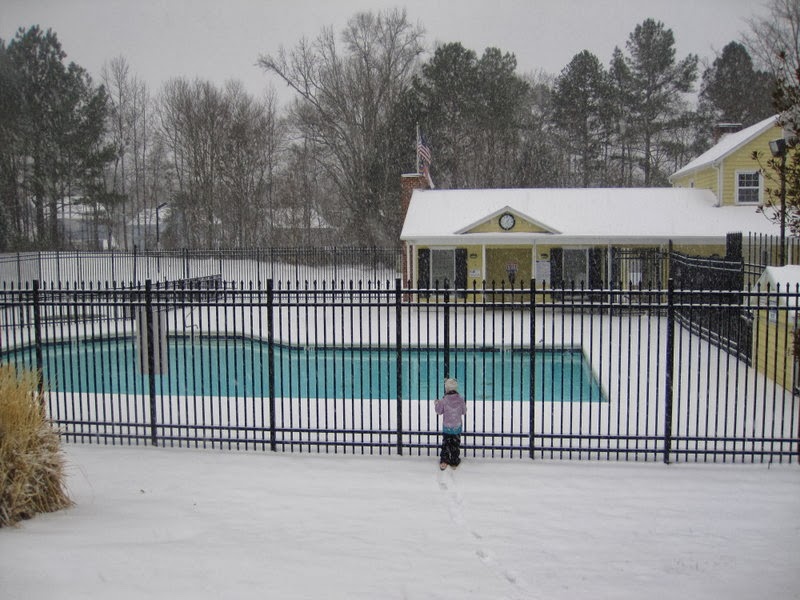 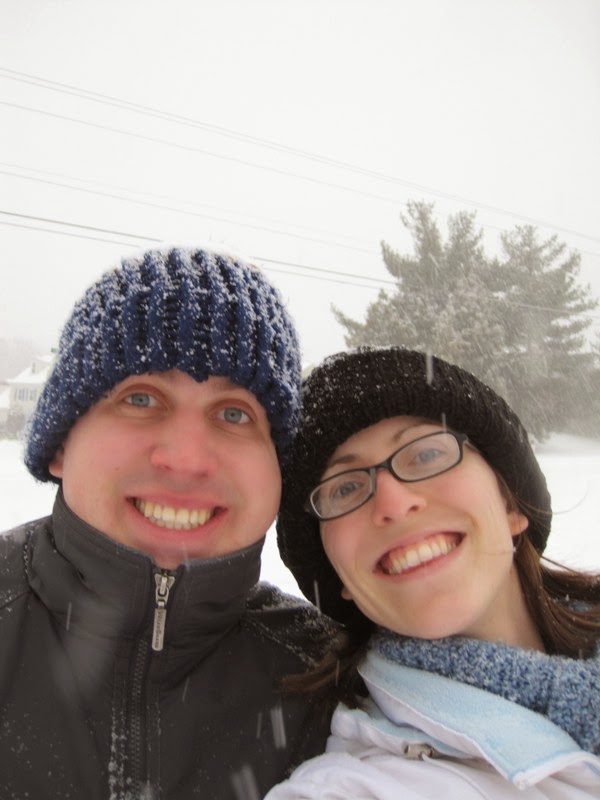 We spent quite a bit of time rolling down the hills. 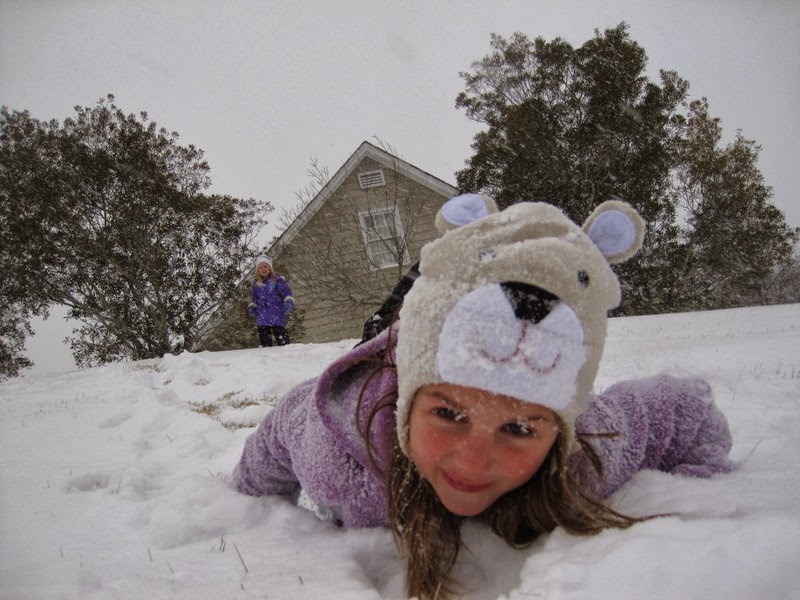 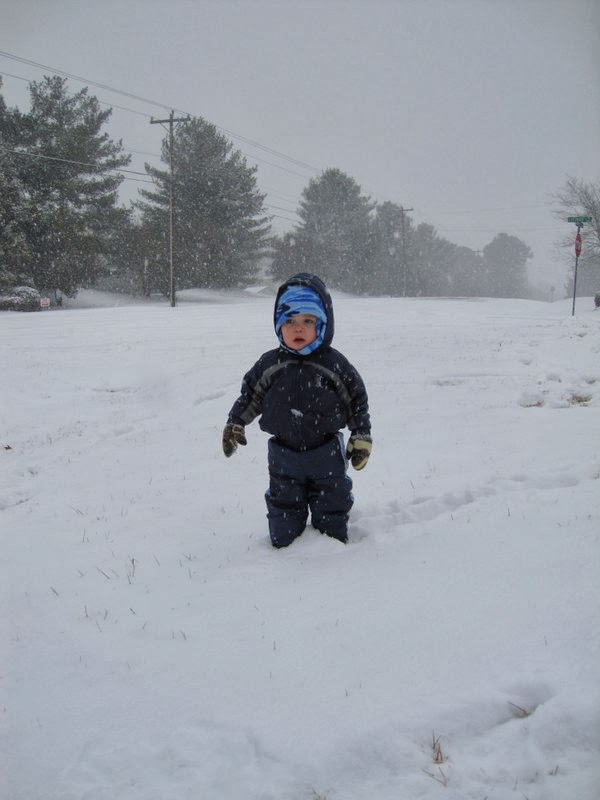 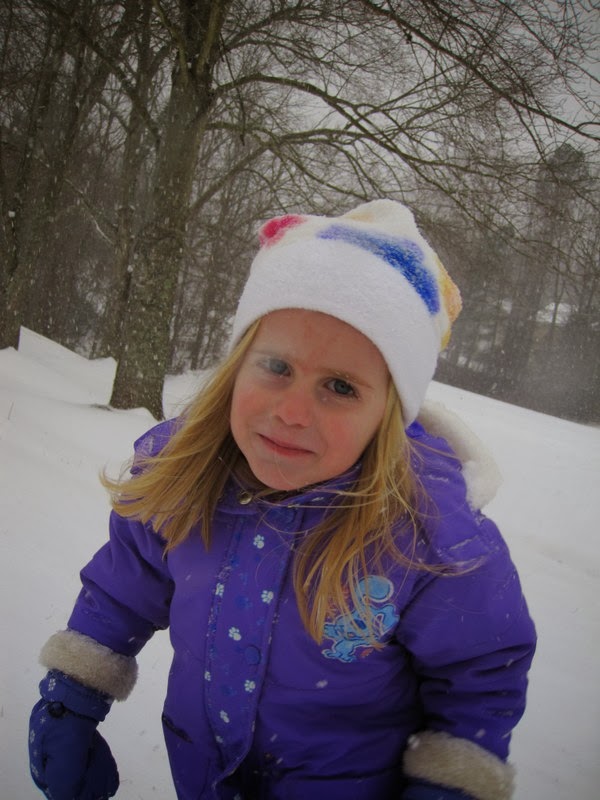 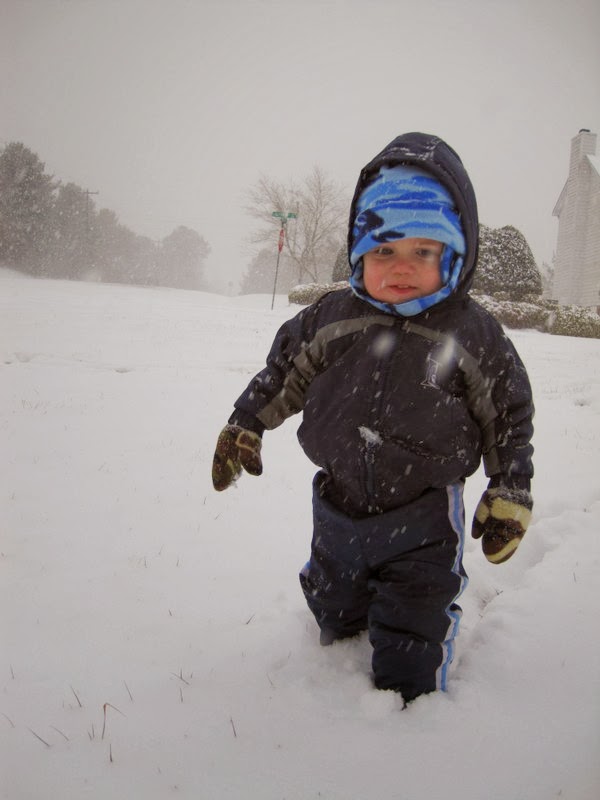 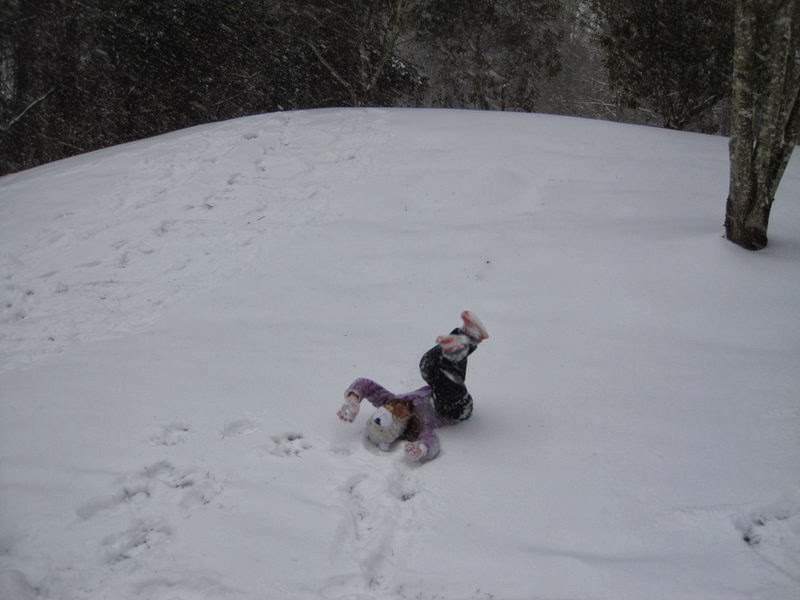 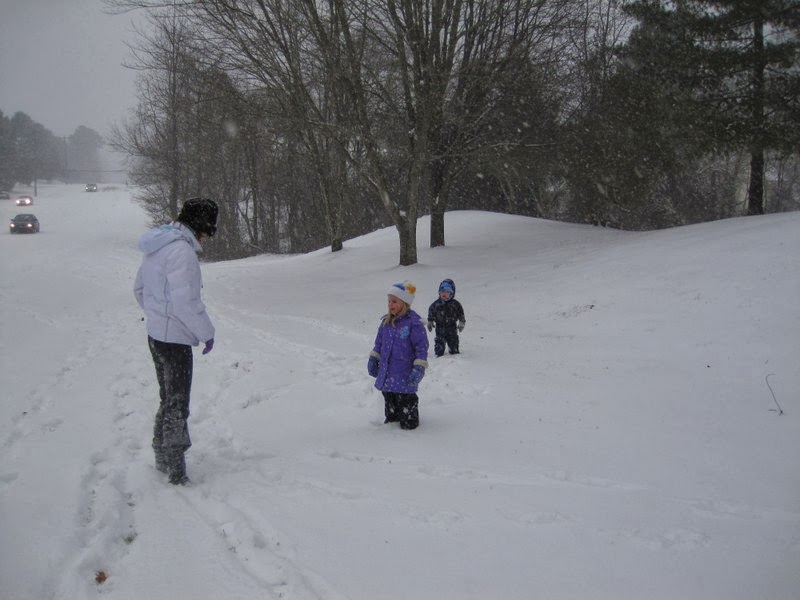 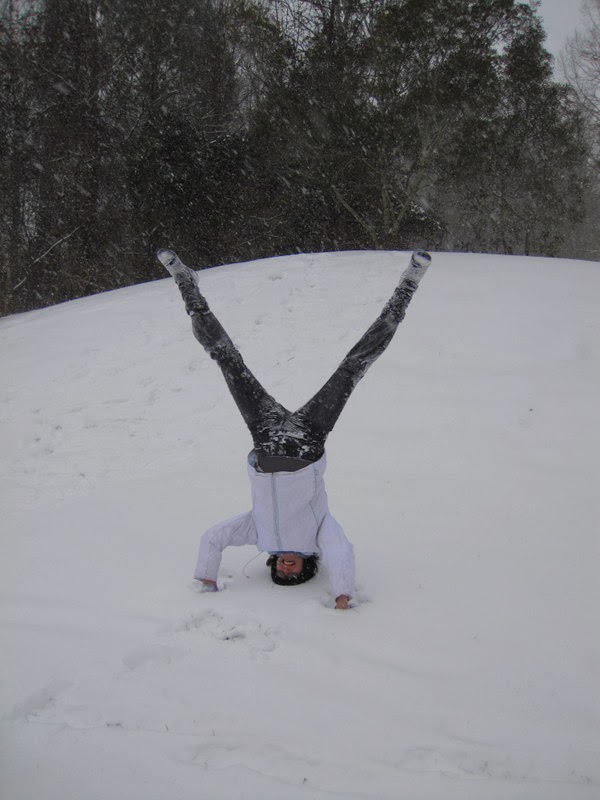 The playground proved to be an excellent venue to continue our Snowlympics. We have many videos like this one (but we'll see how many I get around to uploading):


Benjamin tipped over while walking down a hill and was not impressed. 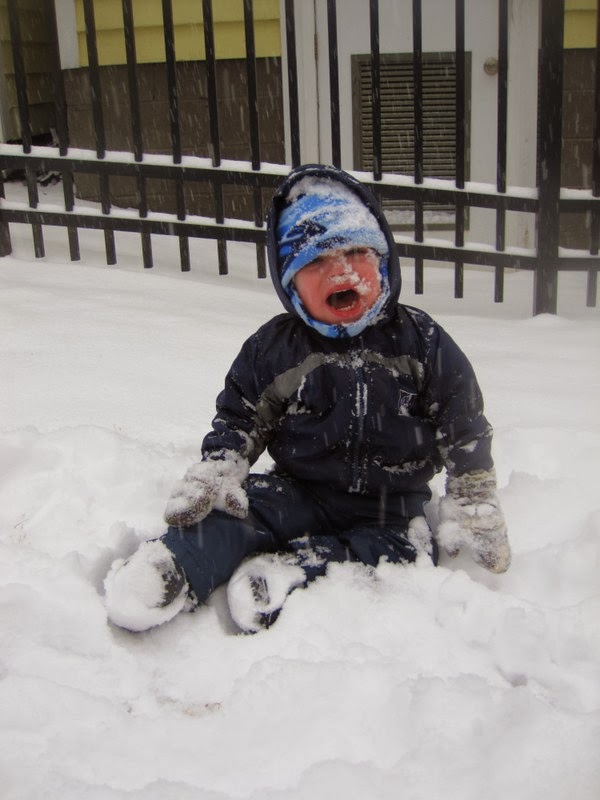 The swings quickly cheered him up again. 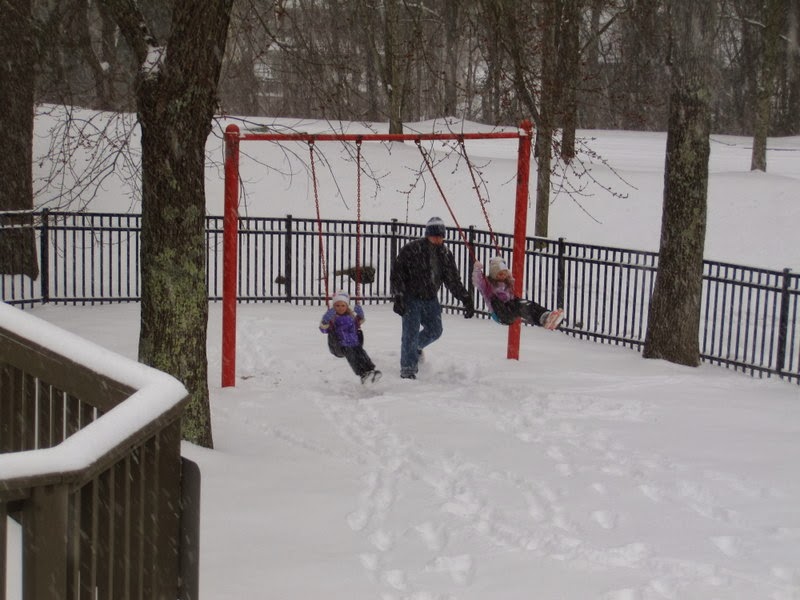 Specifically it was this swing: 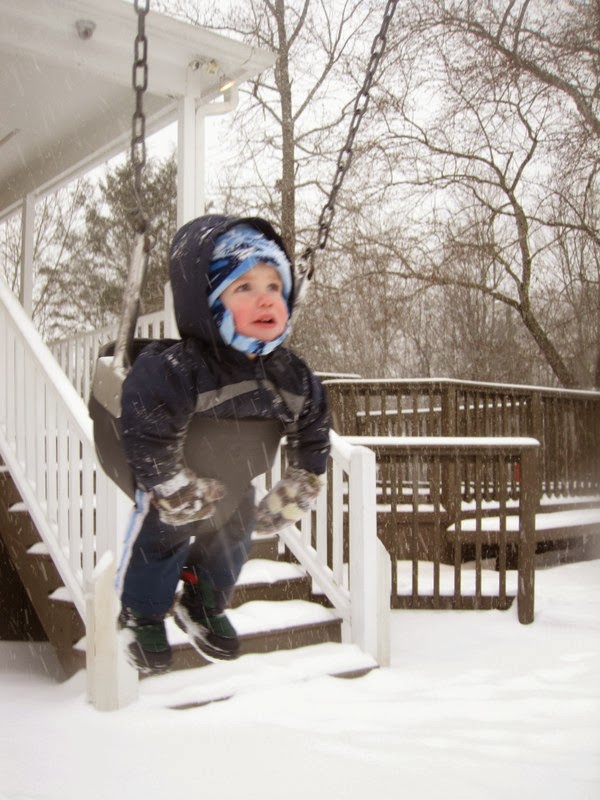 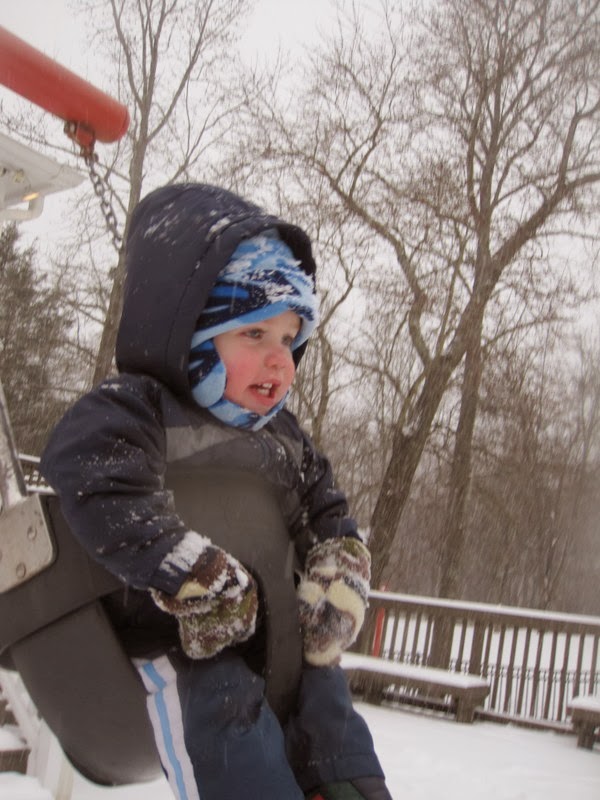 We played until we were all frozen and then we walked back home to warm up. There's no school tomorrow so the kids will have plenty of time to enjoy the snow/ice tomorrow, I'm sure. I only wish we could have made it to the library to exchange our books but they closed early as well. Rachel is on her last library book. I'm not entirely sure how we're going to fulfill her need for the written word, though we probably won't have too hard of a time convincing her to read Harry Potter again.
Posted by Nancy at 12:05 AM