We're in for a rainy week. Today rain started early this morning and didn't let up until late in the afternoon. Miriam insisted she wanted to go for a walk.

She grew too small for her sassy pink rain boots, however, so all she's left with are her winter boots. They're waterproof, though, so I thought they'd do.

Benjamin recently inherited a pair of rubber boots but they are far too big (they're barely too small for Miriam) so he also wore his winter boots (because they're only moderately too big for him). They're waterproof, so I thought they'd do.

Little did I know how much splashing the children intended to do. 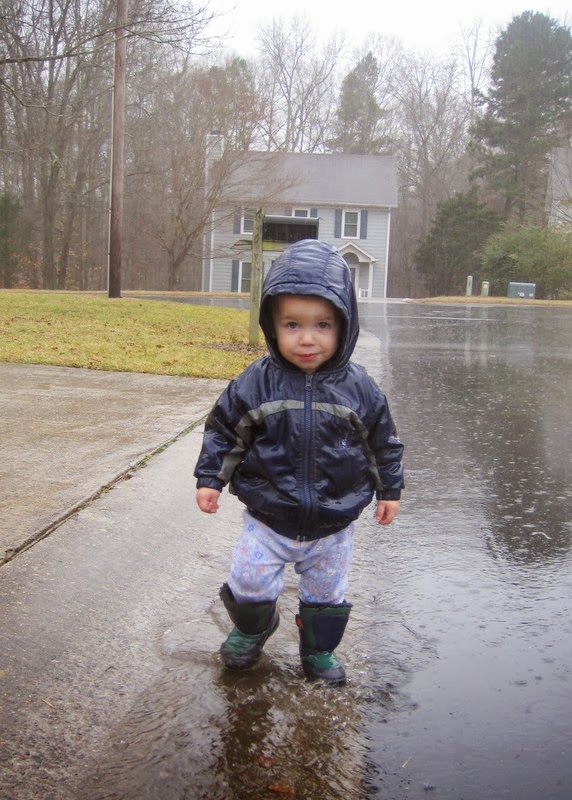 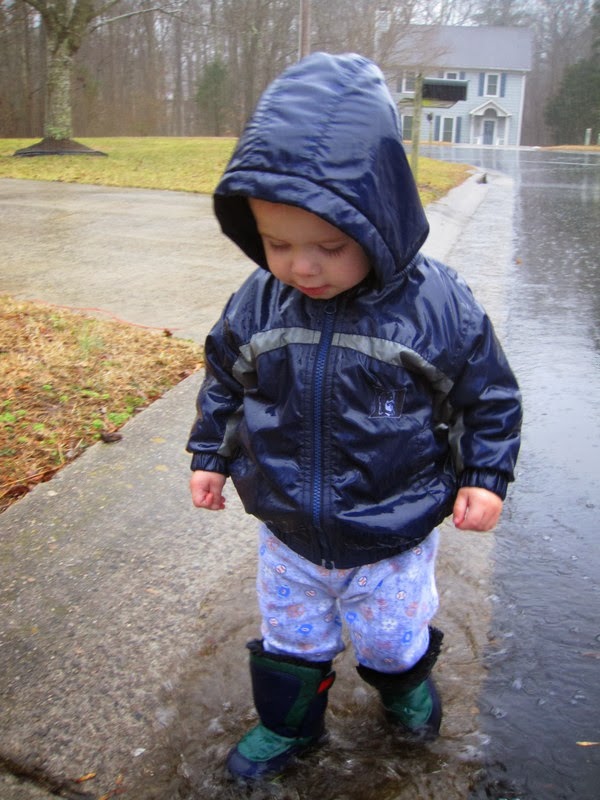 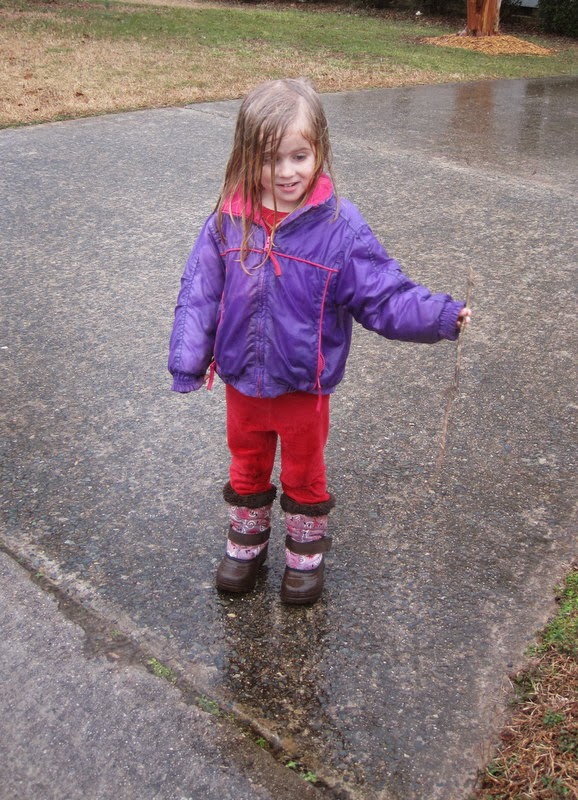 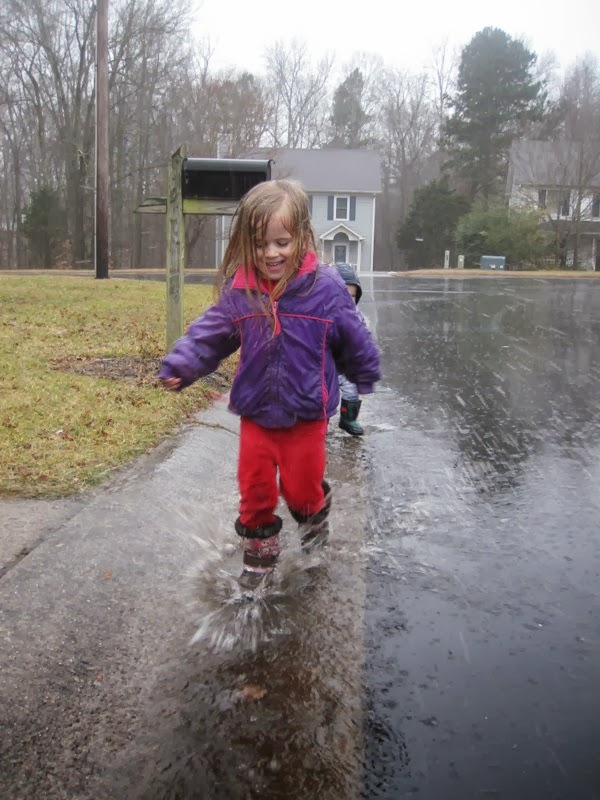 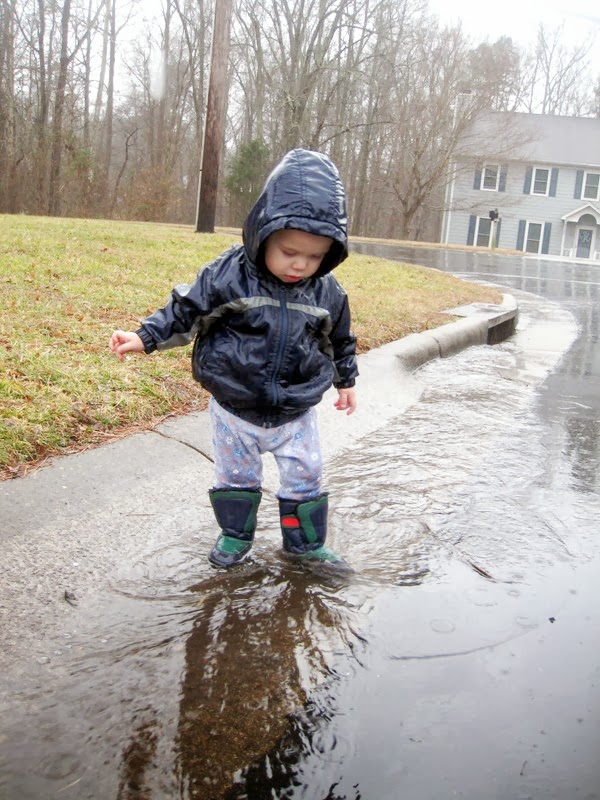 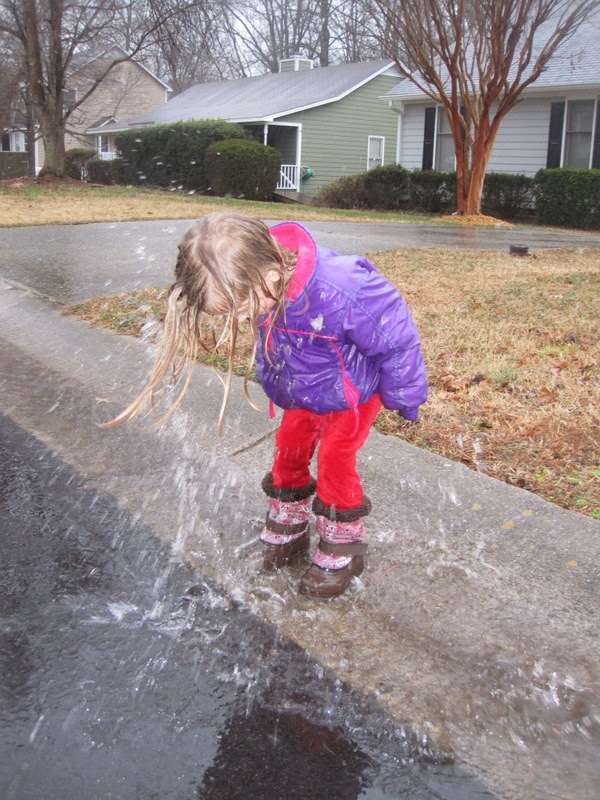 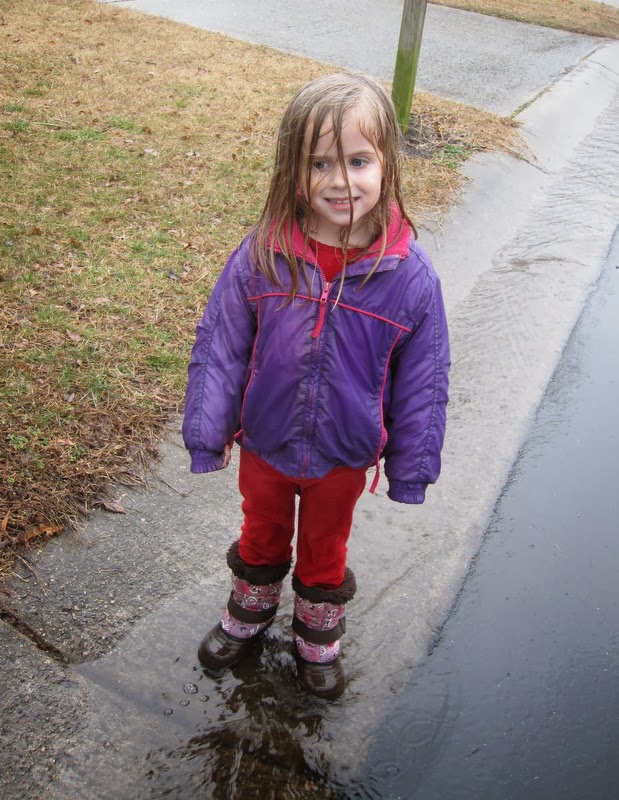 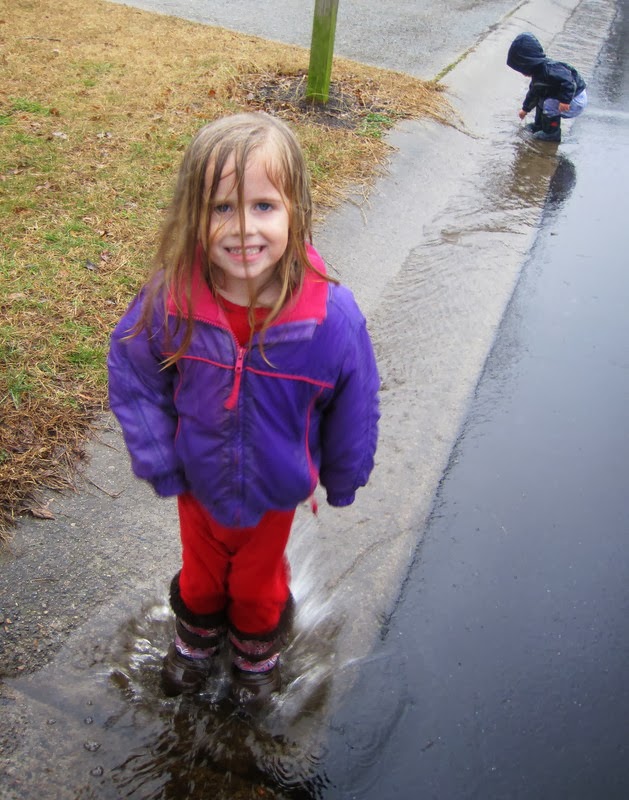 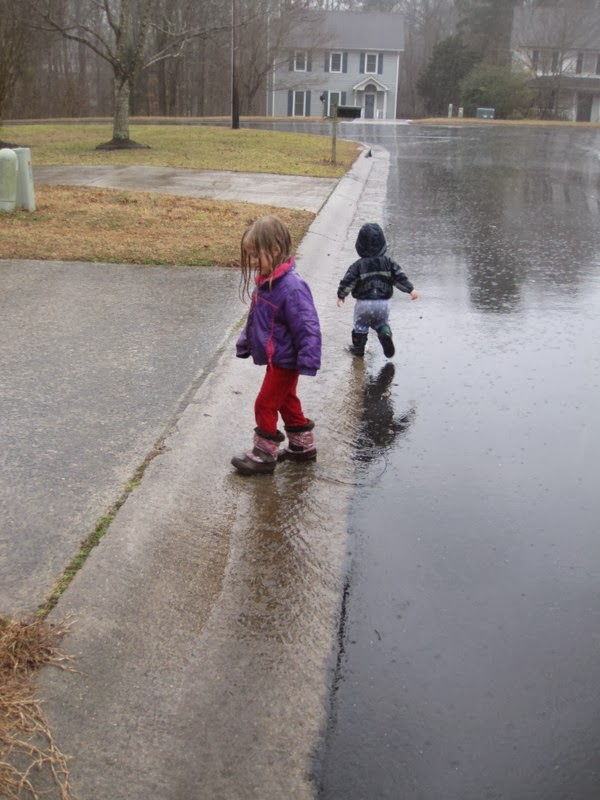 They were both soaked through to the bone by the time they were finished.

"I have water in my boots!" Miriam announced.

Benjamin had at times been sitting in the puddles. I would have been surprised if his feet weren't a little bit damp.

I, on the other hand, managed to stay fairly dry. 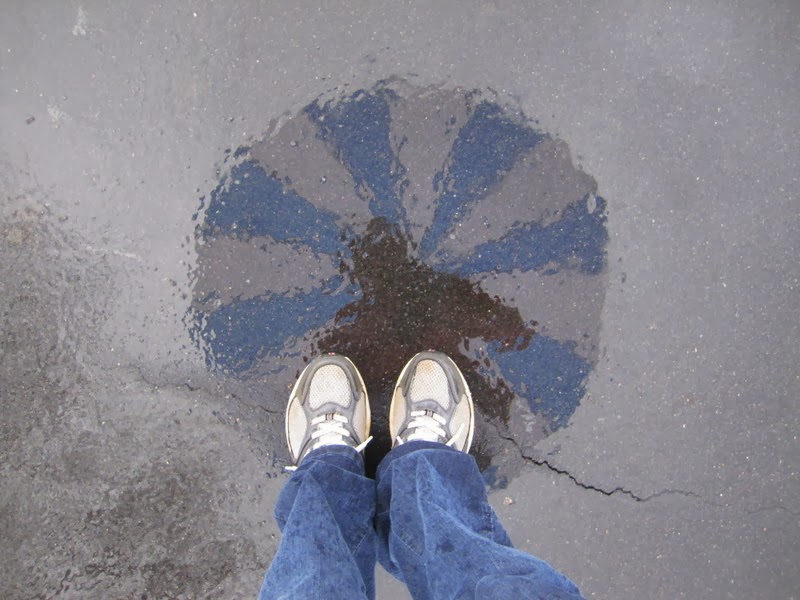 We squelched back to the house and stood on the rug by the front door to take off our shoes. I had my shoes off in two seconds flat. Both Miriam and Benjamin were struggling with theirs, however. Benjamin usually struggles with this activity. Miriam, however, is pretty capable of dressing and undressing herself.

"I can't get my boots off!" she grunted as she tried to pull them off.

I grabbed one and tugged it off her foot and it was like Niagara Falls had been hiding in her boot! Water poured out of her boot and pooled on the rug. It was incredible!

We took off the rest of the boots on the front porch and left them upside down to dry.

Benjamin and Miriam played surprisingly well today; they were virtually inseparable. Even when I announced it was nap time, Miriam wanted to stay with Benjamin. She lied down with him until he fell asleep. Only then did she abandon him. 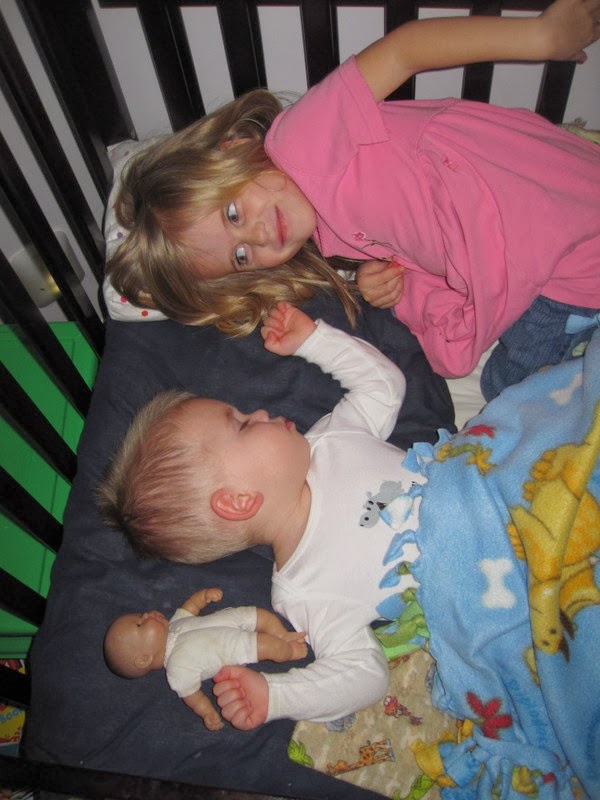 It's nice when they have get-along days (to make up for all the not-getting-along days)!
Posted by Nancy at 11:14 AM