When my brother Patrick was little he was a LEGO ninja. He could sift through the gigantic box of LEGO we inherited from the Looses and put together almost anything. I thought about young Patrick when Benjamin brought me a LEGO plane he'd built. 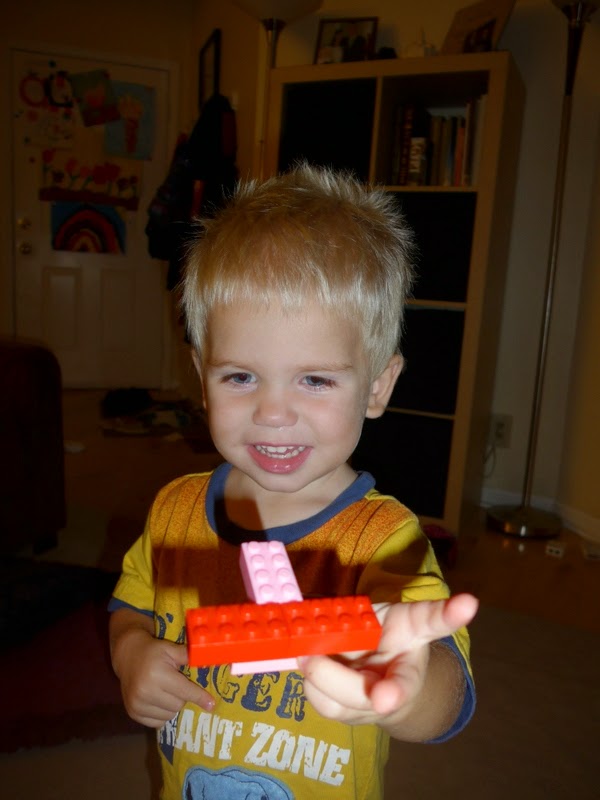 Here he is carefully adjusting the tail of the plane. So serious LEGO building is. 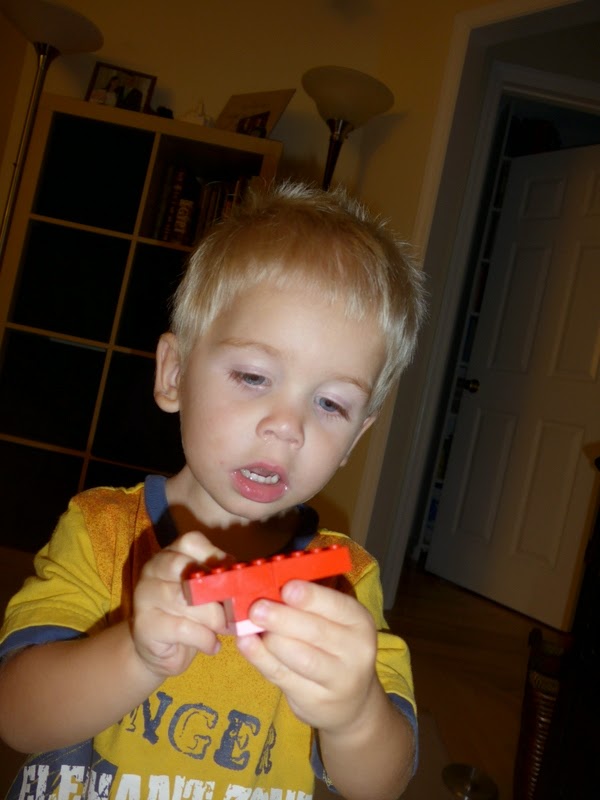 I also thought of Patrick when Benjamin got into Miriam's jewelry box. Girls outnumbered boys in our family so Patrick often found himself making do with things that might ordinarily be considered girl toys. I still remember the time he and a friend (was it Hunter?) took my collection of porcelain cats from my dresser, set them up around the basement, and played leap frog over them.

Anyway, Benjamin got into Miriam's jewelry box the other day and gave himself a Snow White monocle. "Gassy, gassy!" he said proudly as he stumbled out to me. He couldn't open his free eye fully without his monocle falling out of his other eye so he had to bump his way down the hall. But he was so thrilled to have glasses. 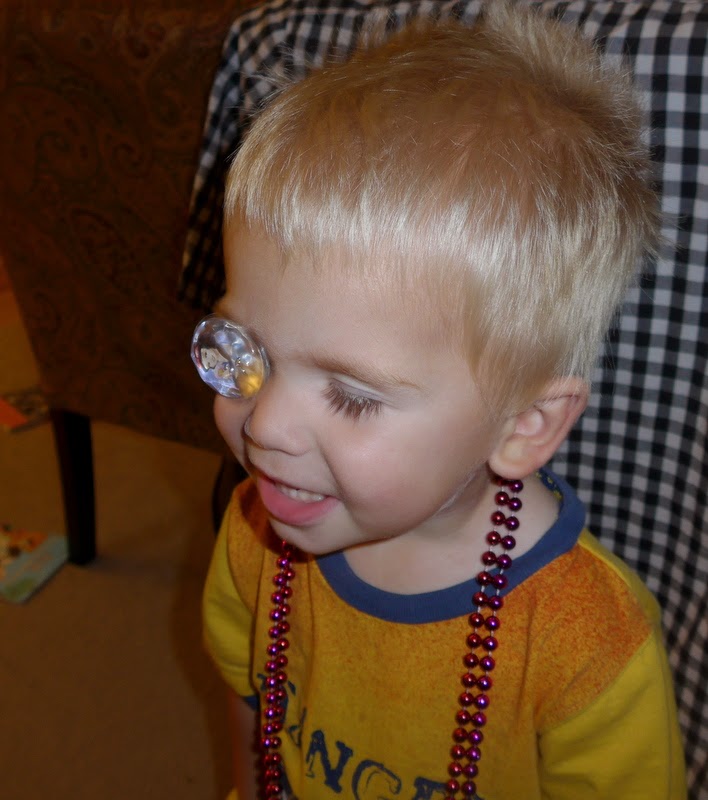 I was looking for pictures of two-year-old Patrick on Facebook to see if Benjamin looks at all like him (because sometimes I see a bit of David in Benjamin) but could only find one-year-old pictures of Patrick and I don't think there's anything there looks-wise (though this is a good picture to show my doctor that skinny genes run in the family—look at David's scrawny legs!). 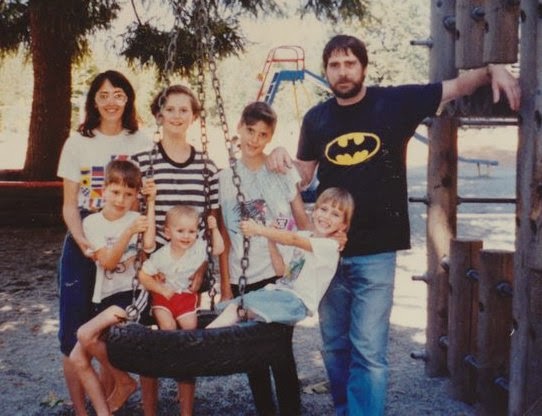 I rooted up a one-year-old picture of Benjamin just for fun, and it's maybe possible that they share some features, but it's hard to tell. 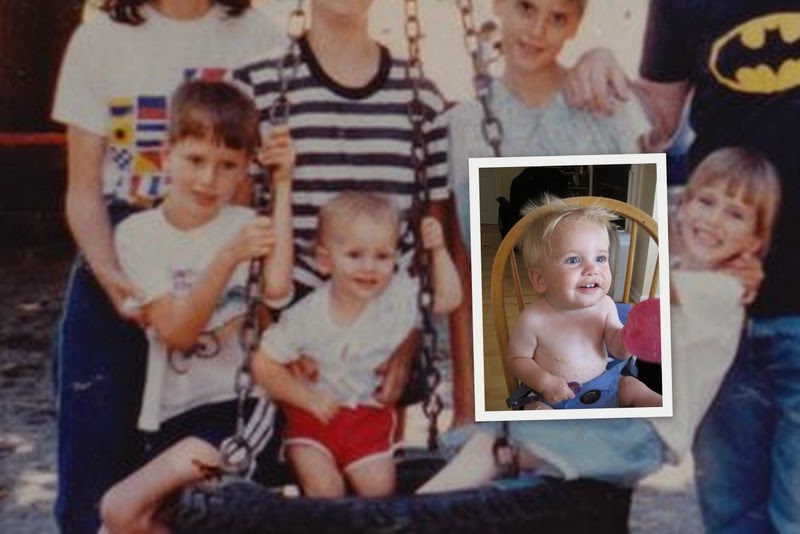 I have no doubt that Benjamin will grow up to look exactly like his father but sometimes it's fun to look for family resemblances elsewhere.
Posted by Nancy at 10:38 PM