The girls have been playing school after school every day which has yielded such gems as this unit on Egypt: 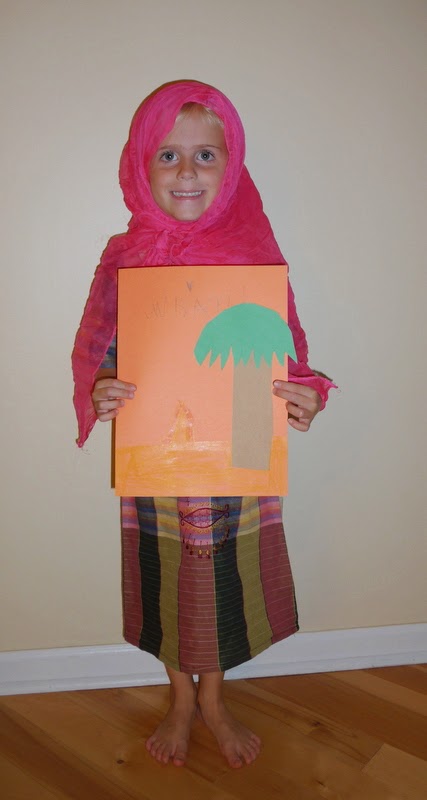 As well as this wall of books in Miriam's bed (she didn't knock a single one to the floor all night—had they been in Rachel's bed that would not have been the case):

It took a couple of days and more than one person hunting through the garbage before I finally found this note—the one that started it all—balled up at the bottom of the garbage can in the girls' room: 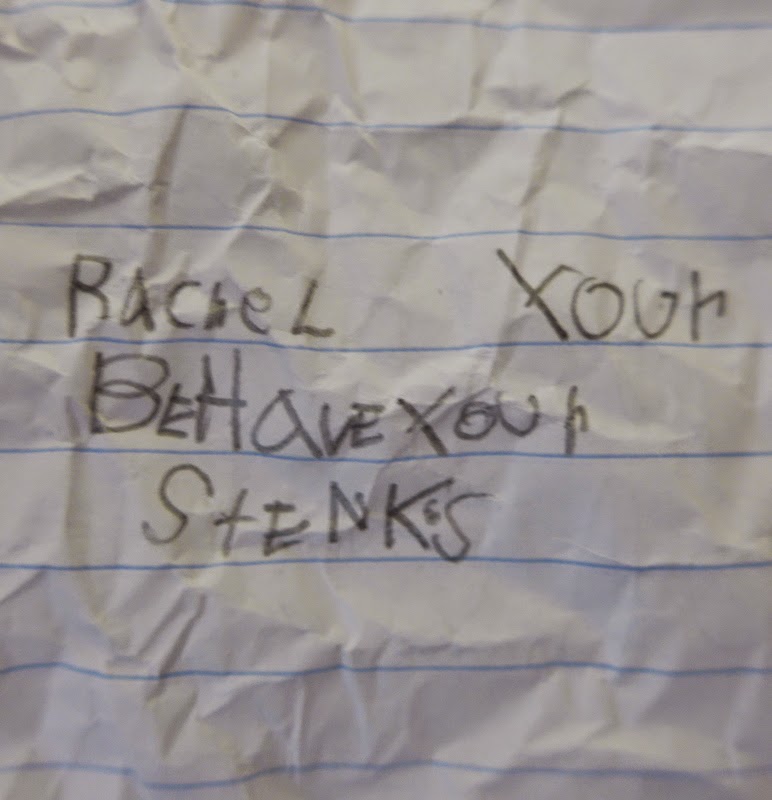 In Miriam's defense, Rachel's behaviour did stink. She was being super strict (possibly mimicking teacher behaviour she sees at school because her teacher can be a little militant) and was getting so upset that Miriam wasn't understanding "flip-flop pairs," otherwise known as the symmetric property of equality (a+b=c and b+a=c).

I tried to explain that Miriam is four but Rachel insisted it was simple enough for her to understand (and she did eventually pick up on it). Besides, the damage had already been done. Miriam had hurt Rachel's feelings and she was going to brood about it until she felt good and ready to stop.

The girls continued to argue about things in their bedroom while I did my best to ignore them. When I got on their case about using their inside voices more notes started coming out.

Rachel wrote this message for Miriam:

And a while later Miriam (who was upset at Rachel for getting so upset with her for not understanding) wrote this note back:

I'm glad they figured things out. When their moods had simmered down a bit (and after I helped Miriam understand flip-flop pairs well enough to complete the worksheet Rachel had made up for her) they decided to keep playing school and were able to have a good time together.
Posted by Nancy at 2:02 PM