Family night was a huge hit. We did pictionary for the lesson and that was all—Rachel was a little surprised. "That's it? That's the lesson?" I explained that playing pictionary helped them think about things in a different way (especially when they had to draw a scripture from a reference), which will help keep them on their mind.

One of our favourite drawings is the one of the man and woman on the right of this picture. 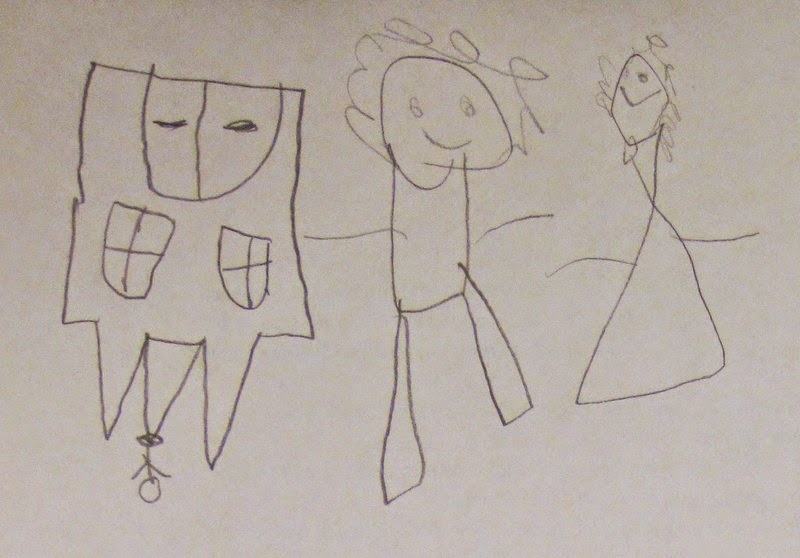 Miriam drew them upside down, which is quite an amazing feat for a four-year-old (admittedly she's almost five, but still). I think this was the start of a family she was drawing.

One of our favourite answers was when Rachel was drawing a temple (same paper, I just flipped it for you) and Miriam got really excited and said, "Oh! Oh! I know! That's the devil!" 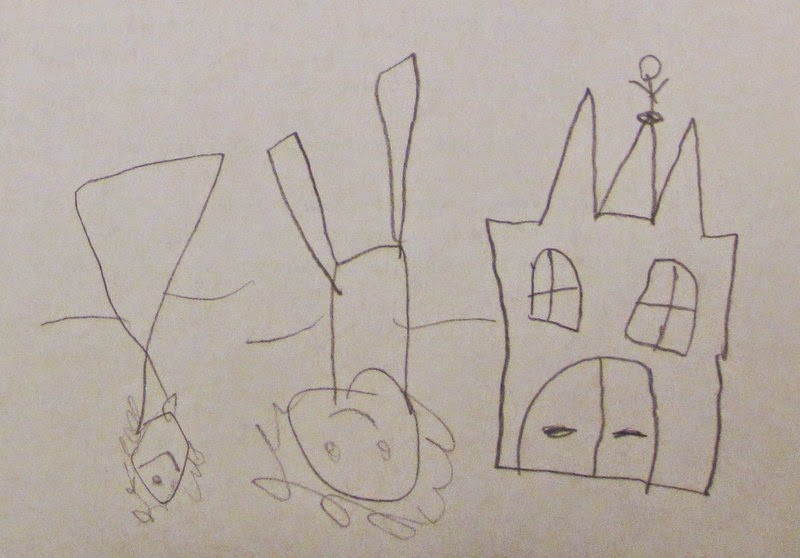 "No!" Miriam said. "You know! It's when the devil was tempting Jesus. He put him on top of the temple and told him to jump off!"

That was a very surprising answer. She did learn about that in primary this past year, but that was way back in Lesson 14 (we did Lesson 31 yesterday so Lesson 14 happened several months ago). The answer we were going for was much simpler: temple. Just temple. And in case you're wondering, that's Moroni up on top.

I was pretty proud of my drawing for Moses 7:18, though no one was able to guess what it was until I added the [previously banned] numerals to my drawing. And the Lord called his people ZION, because they were of one heart and one mind, and dwelt in righteousness; and there was no poor among them. 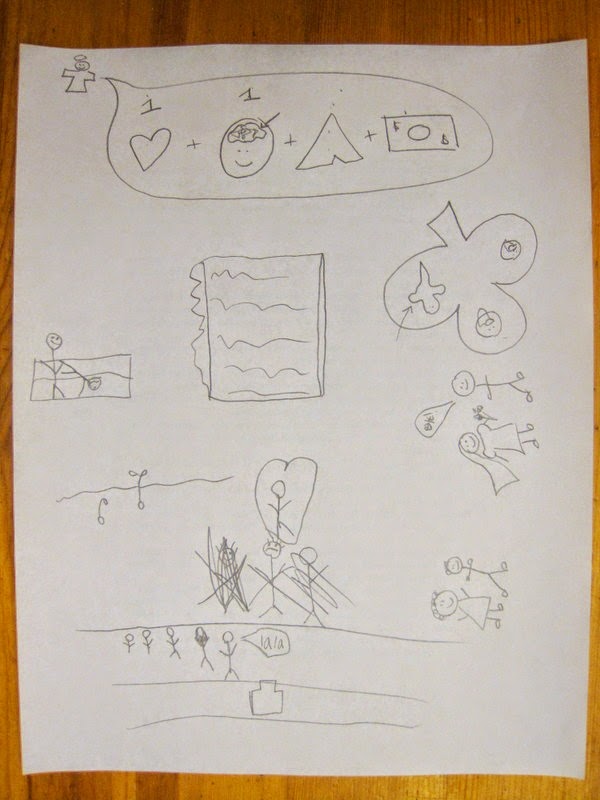 Here's the list of words we chose from for our drawings in case you want to play pictionary with us:
See if you can figure out what drawing goes with which prompt. 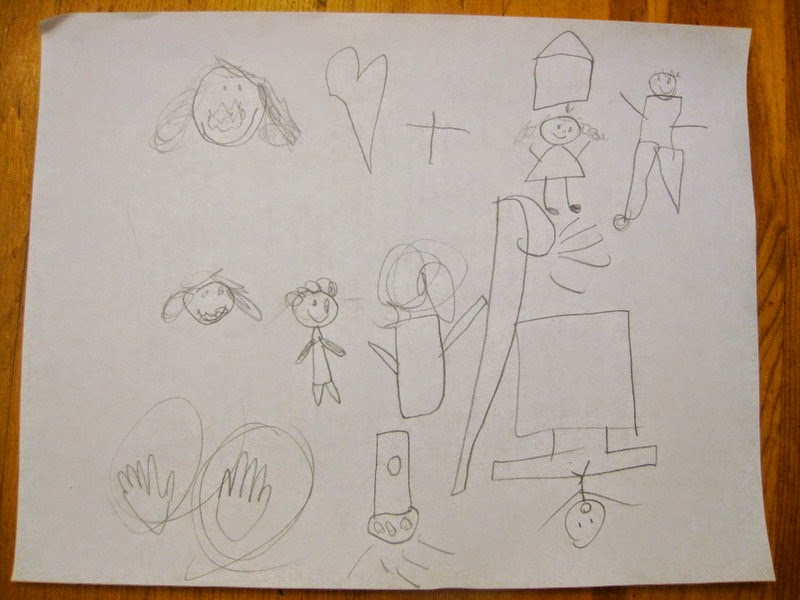 Some of them are pretty difficult, like the one where Andrew drew two hands and circled the left hand for "choose the right" because even though he's *this close* to becoming a PhD candidate he still can't quite tell his left from his right (just like his father). 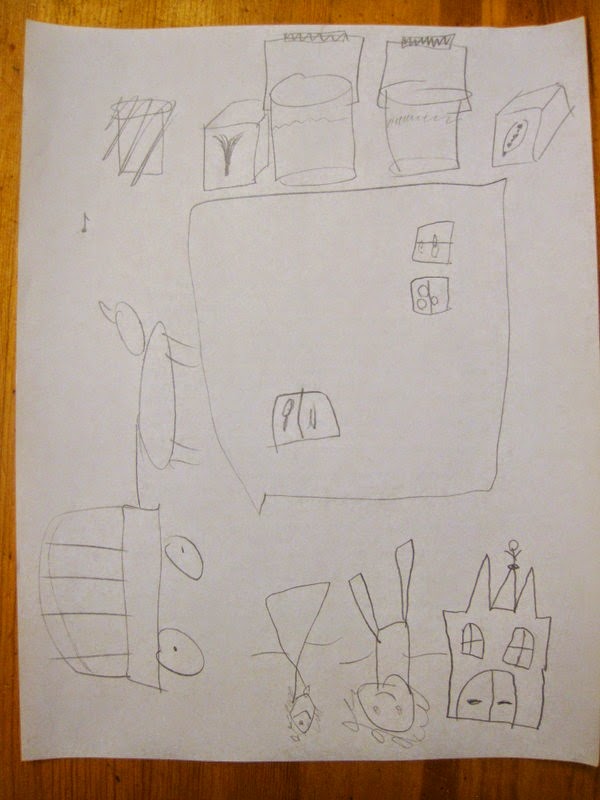 When we finished our game I shocked everybody by serving up some homemade cookies. It was like 70°F outside today so I didn't even feel bad using the oven. We can probably count on one hand the number of times we actually have a treat with family night any given year.

I'm hoping that will change in the near future when Rachel and Miriam are capable enough to go into the kitchen and make cookies without my help...because baking with little helpers is...ahem.
Posted by Nancy at 9:21 PM