While taking the garbage out this morning I found a fairly large leopard slug clinging to the side of the bin. I scooped it up on a piece of cardboard so I could show the kids. When I was little I used to collect slugs with my bare hands but those days might be over. We read a book called Boom Snot Twitty the other day—Snot is an aptly named snail. I don't know that I really want to pick up snot globs the size of my finger. Just sayin'... 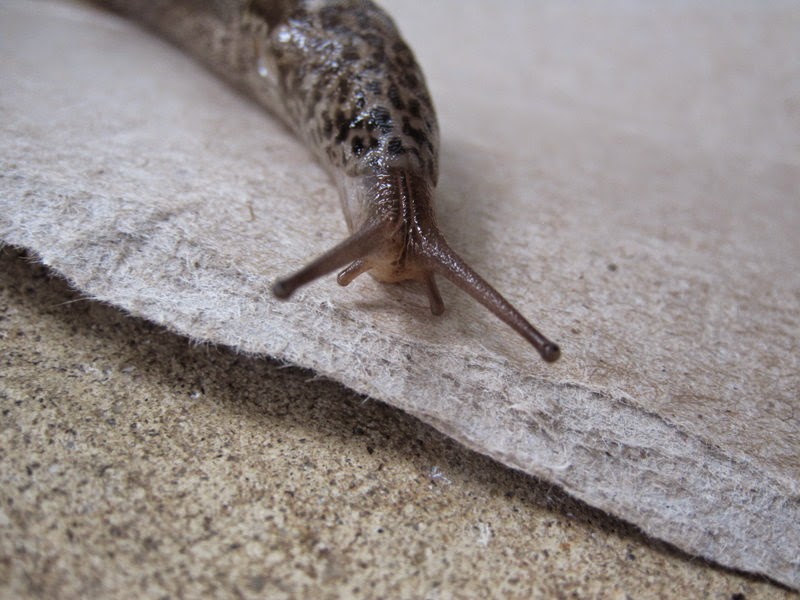 The kids were equal parts fascinated and disgusted.


Rachel, my self-proclaimed tom-boy, wanted nothing to do with the slug, though she did once put her finger beside it for a picture (that picture didn't work out well, the finger you see is mine). 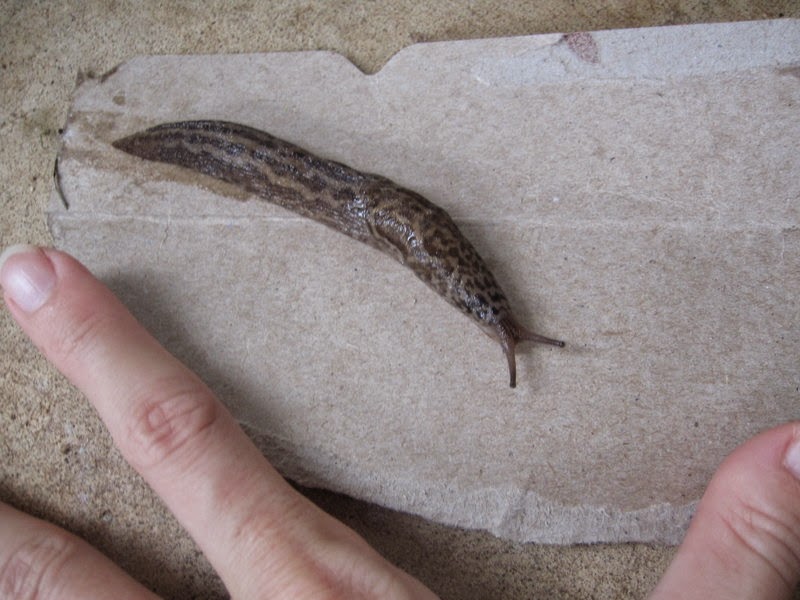 Miriam mostly disliked it but eventually got brave enough to hold the piece of cardboard it was sitting on. 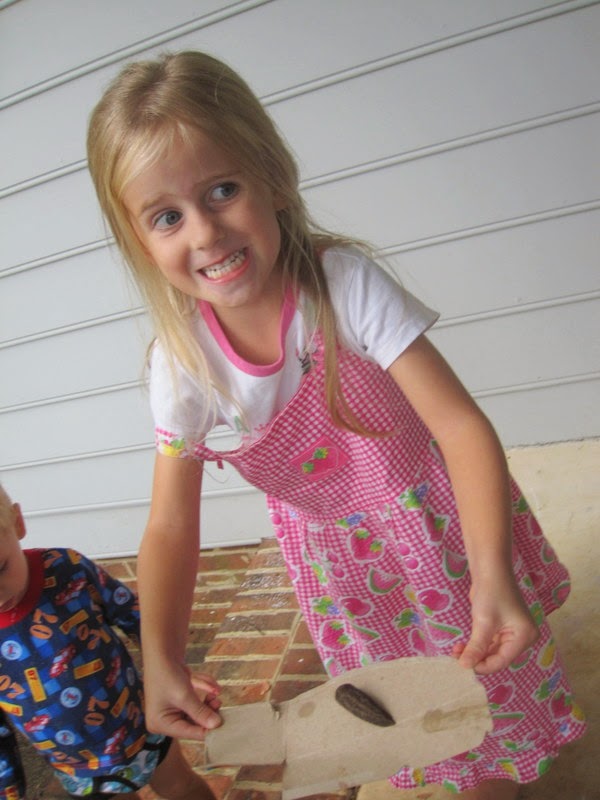 Benjamin was probably the most interested it. He decided it was a snake, but not a typical snake, no. This was a "snakey—gross!" 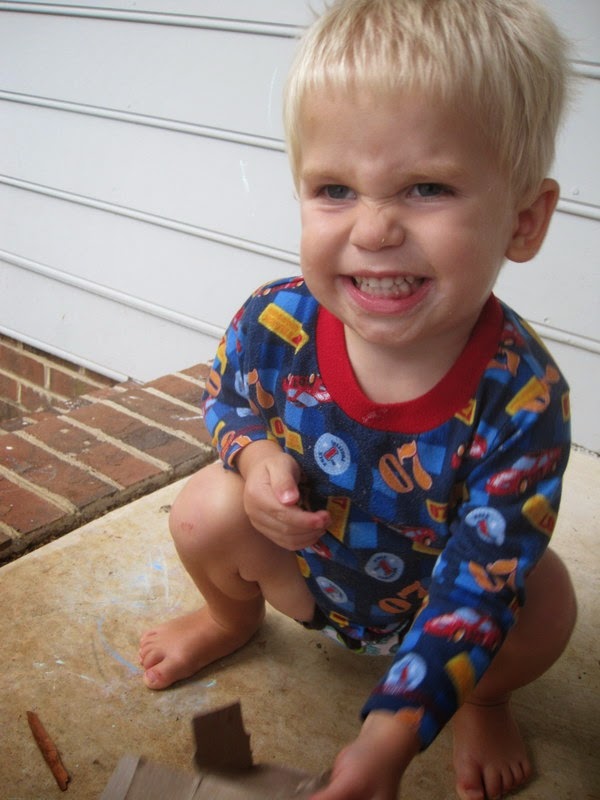 He couldn't stop picking up the cardboard (and had a hard time letting Miriam take even the shortest of turns). 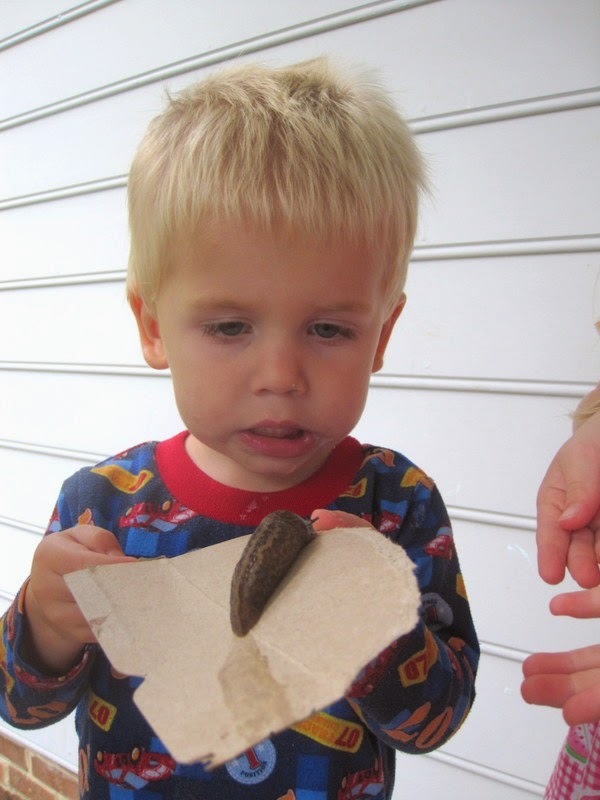 He enjoyed poking its tentacles (and every other part of it) 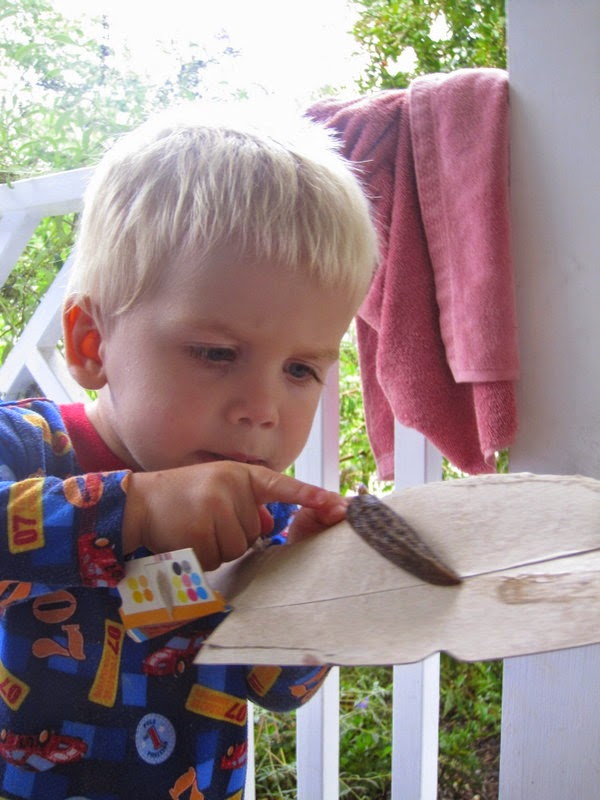 In the end everyone (including Benjamin) decided this slug was pretty icky. 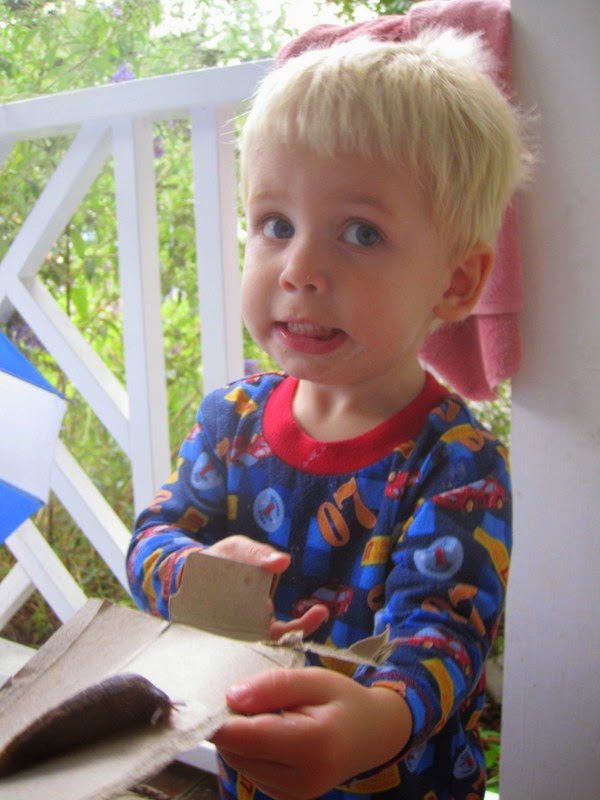