They're not very good at following that rule, though, and will often get out of bed to shoot the breeze or ask me questions (like, "Do you think Johnny Appleseed was a real person?" or "Do you know where my ballet book is?") and I attempt to be firm and answer their questions with, "I don't answer questions after bedtime," even though it kills me a little inside.

The other night Rachel, after asking me about Johnny Appleseed, walked in to where Andrew was and said, "So, Dad, what'cha reading?"

He started explaining to her and then caught himself.

"Aren't you supposed to be in bed?" he asked.

Rachel will do almost anything to be allowed to stay up longer. Miriam's usually pretty good about staying in bed unless she's working on a story. Then she either wants help or wants to show me her progress.

She was trying to write the story of The Three Little Pigs and the Big Bad Wolf a few nights ago, but I didn't know that. She came out of her room to ask me to help her find her ballet book. I told her that I couldn't help her with that because it was past bedtime—and that book was probably on the shelf in Benjamin's room so she couldn't even look for it herself.


"You have so many other books to read," I said. "Just read a different one tonight and we'll find your ballet book in the morning."

"Not as important as bedtime right now. Sorry, sweetie. You need to be in bed having quiet time or you'll have to just turn off your light and go to sleep."

She stormed off to her room.

I went to check on her a few minutes later and found her stewing in her bed. She was vigorously erasing a page in her notebook.

"What are you doing?" I asked. "That looks like it was a lovely story."

"Because I need to know how to spell first, second, and third, but I don't have my ballet book, so I can't!" she huffed.

"Well, I can spell those words for you," I offered. "And then you can finish your story, but it's almost time for lights-out, anyway, so I'm not sure you'll be able to finish it tonight."

She finished erasing the scribbles she'd done across her page and then retraced her story and inserted the words first and second. 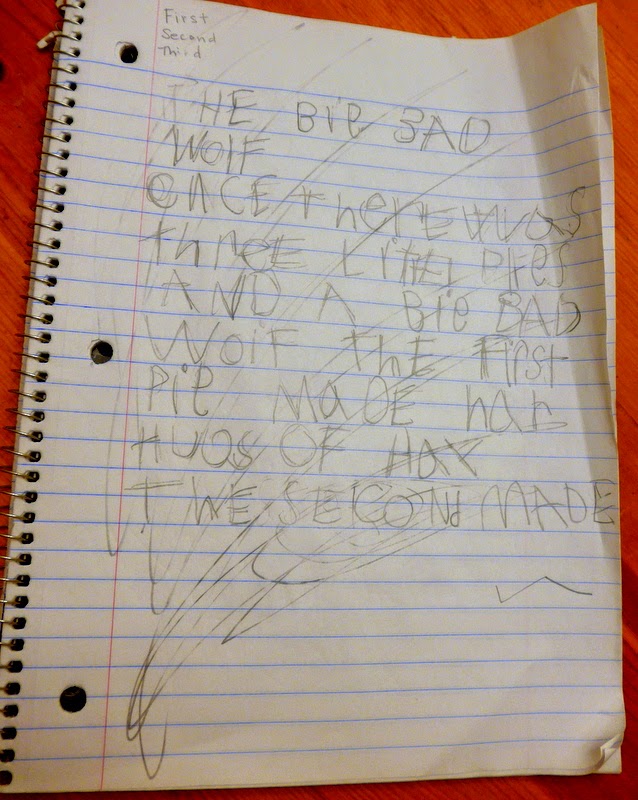 She still hasn't finished this story, but maybe she will one day.

Here is a story that she has finished, however. It's the story of Mary Poppins, of course, divided randomly into three chapters: Chapter Oun, Chapter Tow, and Three Chapter. I'm not quite sure where the chapter breaks are though, so I'll just transcribe the story in one part. 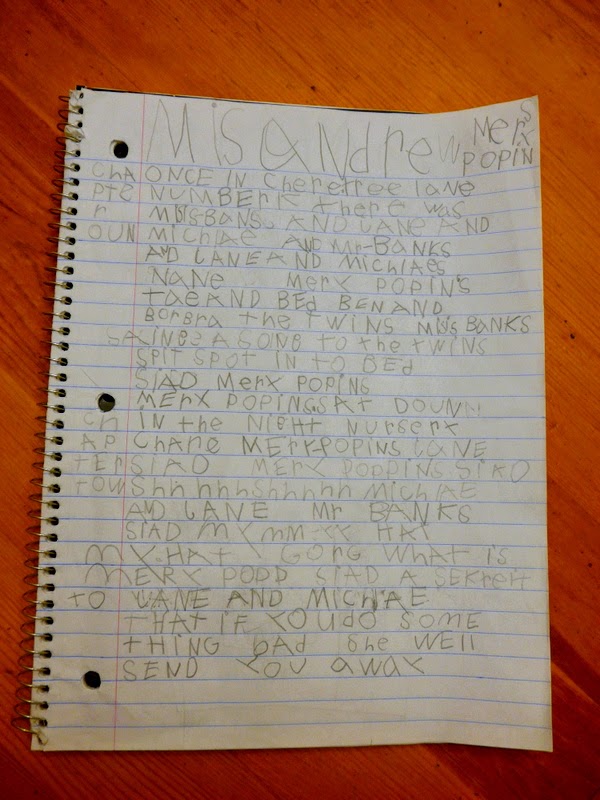 Mis Andrew [that's the title of chapter one]

Mary Poppins said a secret to Jane and Michael that if you do something bad she will send you away. 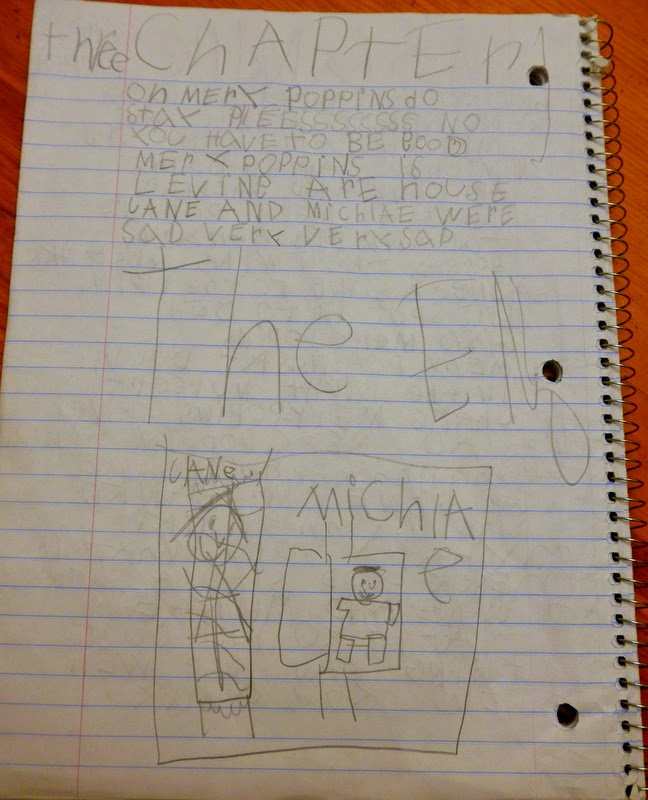 Mary Poppins is leaving  our house. Jane and Michael were sad, very, very sad. The end.

Miriam's story is a little disjointed but she did manage to capture a lot of details from the real Mary Poppins story.
Posted by Nancy at 2:40 PM