During sacrament meeting on Sunday the girls drew and coloured pictures for me and Andrew.

Here's the front of Miriam's picture: 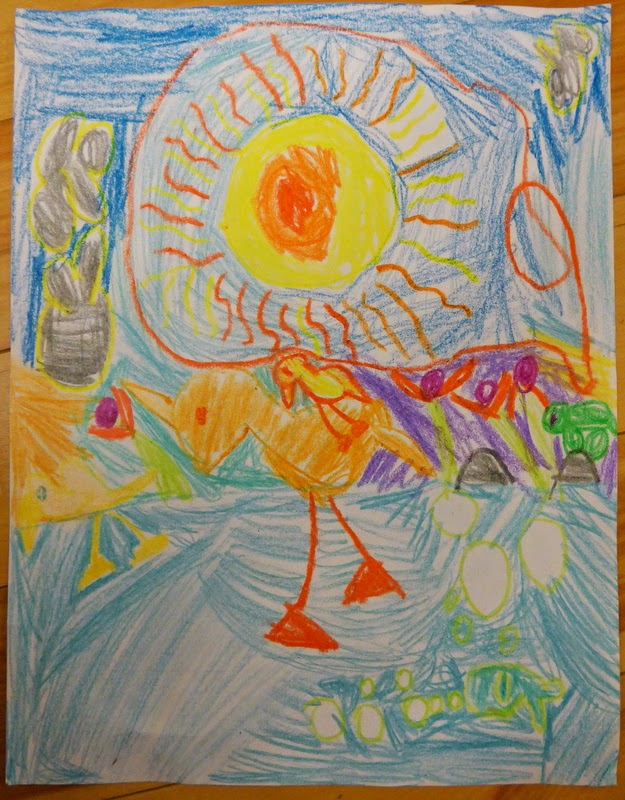 It was decided that this one would be for Dad. Rachel helped Miriam design the back. Because if there's one place you should be writing DEVILS across a paper, it's definitely sacrament meeting. 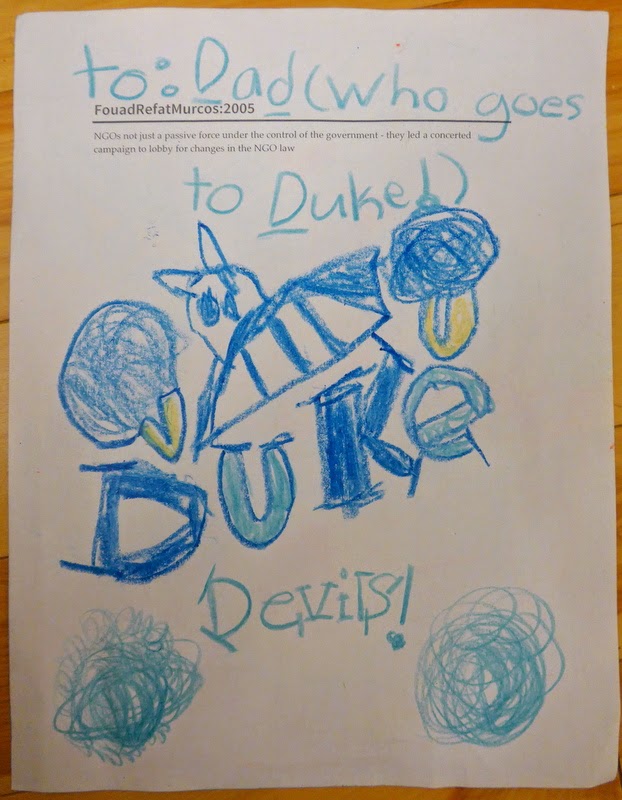 Andrew and I giggled over that. But then we took a look at the other paper (that Andrew was supposed to keep secret and safe from my view until later—but he didn't and Rachel was rather annoyed. Can he even read? Why do we send him to school?). This is Rachel's drawing: 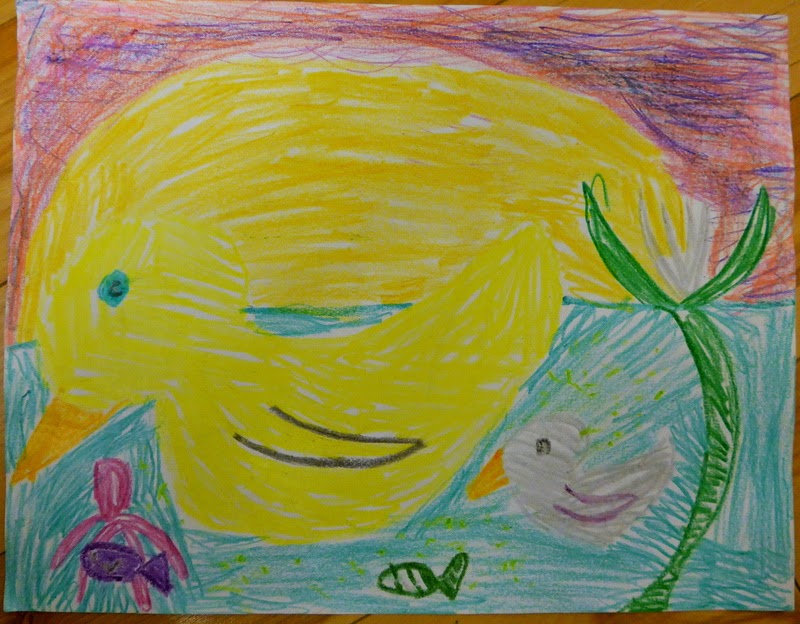 It's for me—quite obviously intended to be given to me on my due date—and she wrote a poem about Zoë on it: 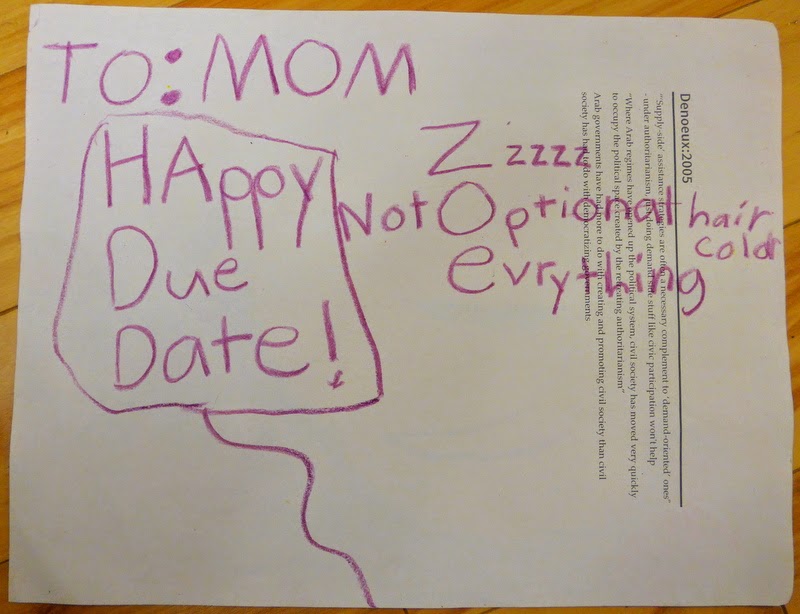 Zzzzz
Not Optional hair color
Everything

She couldn't think of anything to go with any letter in Zoë's name, apparently. Andrew was quite confused by the "not optional hair color" line, but then I explained that Rachel has put in a request for a brunette sibling and has her heart quite set on it.

Unfortunately, Zoë's hair colour will remain a mystery for quite some time.

Rachel was born with long brown hair and it stayed that way.

Miriam was born bald but eventually her hair came in blonde.

Benjamin was born with long brown hair and I figured he'd have brown hair for the rest of his life, but then I gave him his first haircut and he was suddenly—and most surprisingly—very blonde!

Zoë will have to be born bald and then have her hair come in brown, since that's the only option left.

Except I kind of like my long-hair babies. Not that I didn't like Miriam (I did). It's just that all that spiky hair Benjamin and Rachel had (and Miriam didn't) is just too adorable. And soft. And I love it.

So she has to have long, uncontrollable, spiky, unbelievably soft...and brown...hair.
Posted by Nancy at 10:32 PM