Phew! We made it through the science fair! Rachel seemed to have a good time; she was a little shy about explaining her project at first but she got braver as the night went on.

Here she is setting up a little quiz about her project: 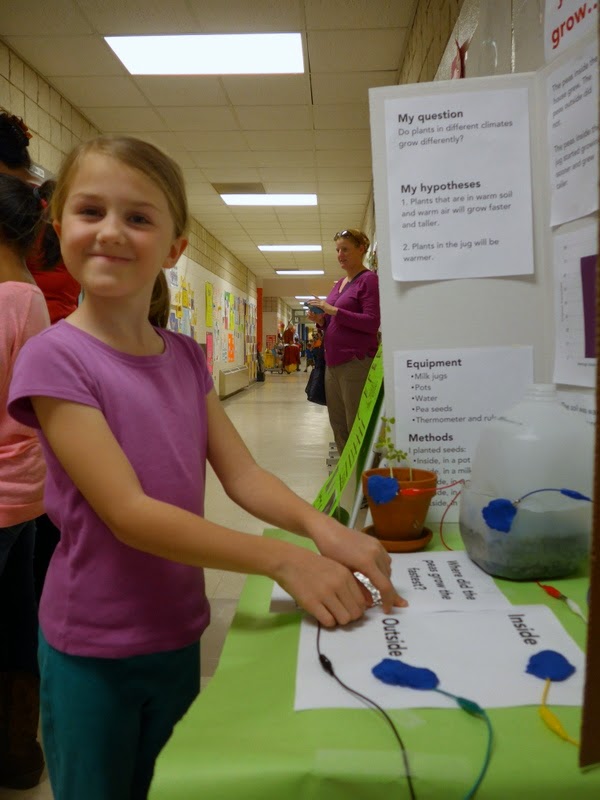 It didn't really have anything to do with her project but we recently got a Makey Makey so that Andrew could teach Rachel some programming. After a few crash courses, she wrote the program for her quiz, which you can find here. It's not very complicated—if you touch the keys a, s, d, f, and g it will either light up green (for a correct response) or red (for an incorrect response) and then she just wired the Makey Makey to work in place of those key strokes. 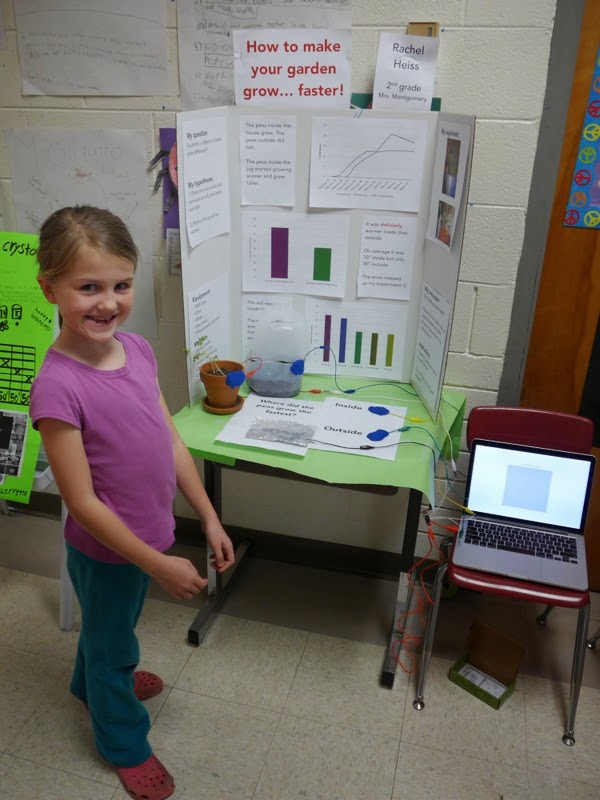 The basic premise of her experiment was to see what environment peas would sprout the fastest in. She had two pots and two milk jugs and she planted two peas in each of those. She kept one pot and one milk jug inside and put the others outside. Then whenever I nagged her sufficiently she would measure the soil temperature of each of her containers (I was so happy when we decided we had enough data and could stop measuring the soil temperature).

The peas in the inside milk jug sprouted three days earlier than the peas in the inside pot; the soil temperature inside the milk jug was typically a few degrees warmer than the pot (for both inside and outside). Unfortunately, nothing sprouted at all outside! Technically February 1 is the date our planting zone lists for planting peas and we even waited until we'd finished the milk (both jugs are stamped February 10), so although I can't remember when we planted precisely (though she has this in her notes) it was after February 1.

We really thought the outside plants would have a fair chance, but then we had that cold snap that lasted a couple of weeks and I guess things were just too cold. Because it was really quite miserable.

Anyway, here's a "close up" of her poster. Andrew helped her make the graphs but she did all the typing herself. She also took the photos of her pea plants. They're quite artistic. And don't ask me how her pea plants shrunk—as you can see in the top line graph—my guess (and/or knowledge) is that her measuring wasn't always exact. 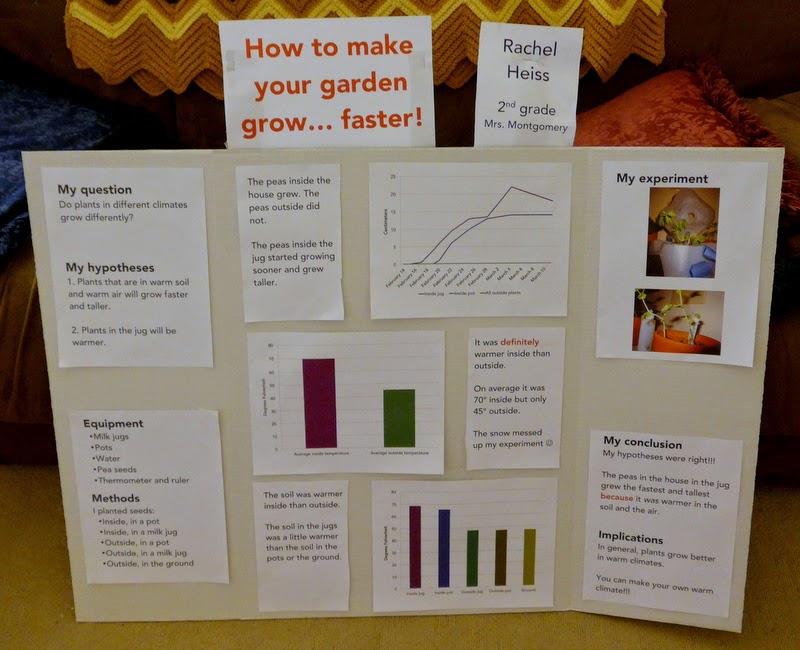 Overall I think it was a good experience for her and the kids certainly enjoyed going around and looking at everyone else's projects. We'll probably go for it next year as well but I think we'll encourage her to choose something with a little less data gathering because I don't actually enjoy nagging all that much...
Posted by Nancy at 9:03 PM