I finished the dress (for real) last night, including weaving in all the ends, which is the most tedious part of any project. We went to Miriam's last cheer event for a basketball game, so I sat for an hour and worked the shell border around the bottom of the dress (pausing to watch Miriam perform at halftime). 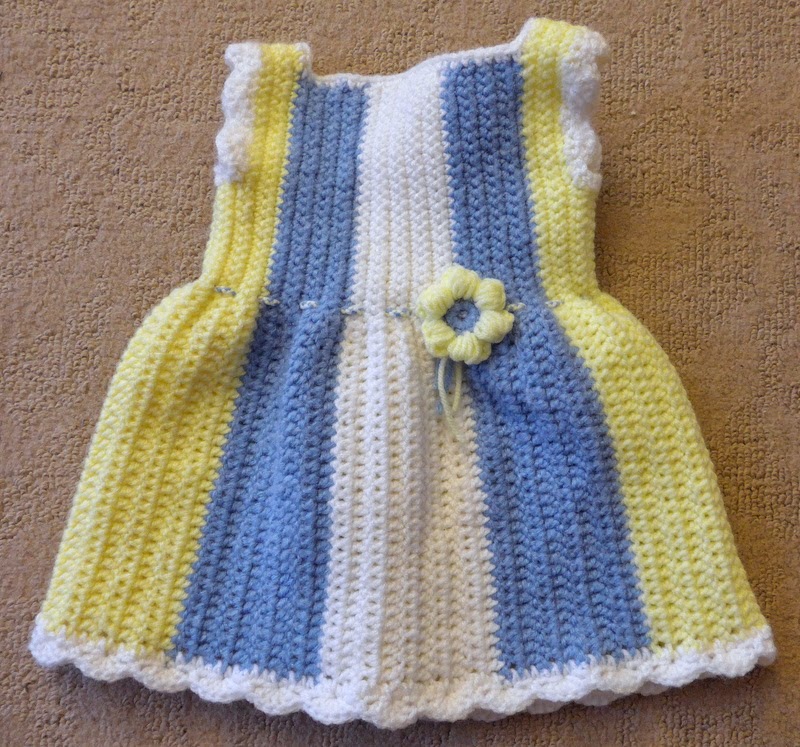 I added the same shell trip around the arms (but not under) and just put a plain border along the neckline. I added three buttons on the back for easy access. 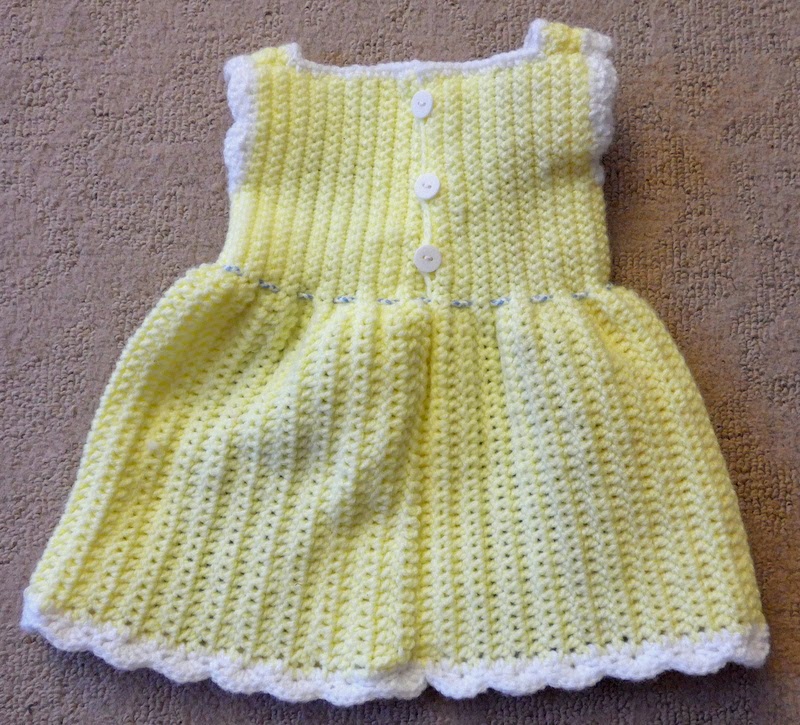 And I made this cute little flower to spice up the front: 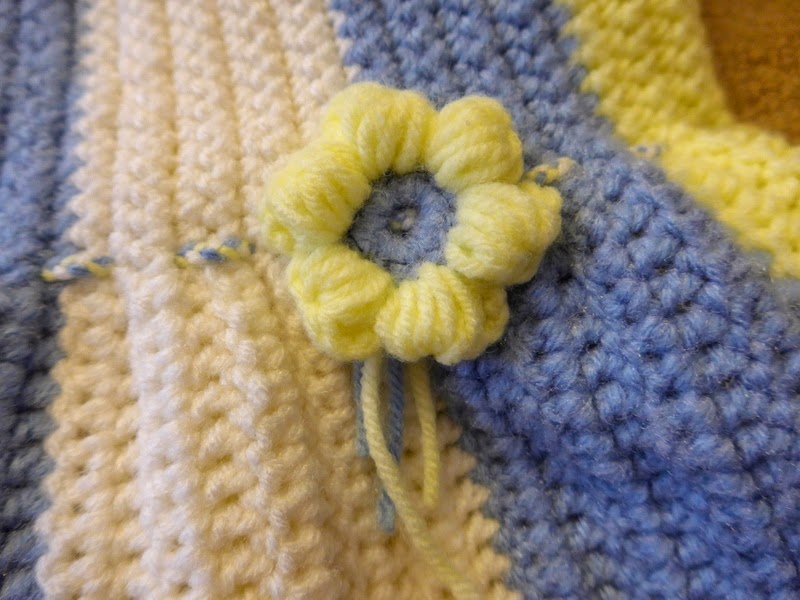 I saw a blanket that was made up entirely of these little flowers and instantly wanted to make one (because I'm in this mood) but Andrew thought the idea was disgusting.

"You've obviously never seen a bubble quilt," I said but then I remembered that the only bubble quilting I'd seen in-real-life was a pillow my grandma made. And I'm pretty sure my mom has that pillow now. At least, I have memories of it being in her old house. I can't remember if I saw it at her new house at Christmas. Andrew can't remember seeing it ever, so I pulled up some images on Google to show him.

"What would be awful!" he said. "Why would anyone even do that?"

Truthfully, I don't know. It looks like a ton of work. Chances are my grandma probably thought the same thing. She didn't particularly enjoy quilting, if my memory serves me correctly, but was put on some quilting committee at church anyway, so she learned all these different techniques and put together little sample pillows so she could do a showcase at the church and help women learn different quilting styles.

I still think a flower blanket would be adorable. I just don't know if I could pull it off in three months. I'm still working on finishing up Benjamin's blanket (almost done!), but Miriam's baby blanket is only 28" by 28" and one of these flowers is 2" across. I'd only need around, oh, 196 flowers to make Zoë a blanket about the same size as Miriam's (which is, admittedly, small (but still big enough to wrap a baby in); Rachel's blanket is...huge...I'm not repeating that).

I guess we'll just see how long this crocheting-bug lasts.
Posted by Nancy at 12:40 PM