This morning was drizzly and dreary. We played board games together (the Harry Potter LEGO game, Chutes and Ladders (*shudder*), and Headbandz) and everything was peachy keen until I suggested the girls clean their room before lunch. Then, oh, boy!

Their room is mostly clean now but tempers were running high for quite some time, long enough for the sun to come out and dry up all the rain, so after lunch we took a walk to the park. I suppose Benjamin and I were the only ones who walked. Miriam and Rachel rode their bikes.

One of the swings at the park broke (a long time ago) so the girls figured out how to swing spider-style. 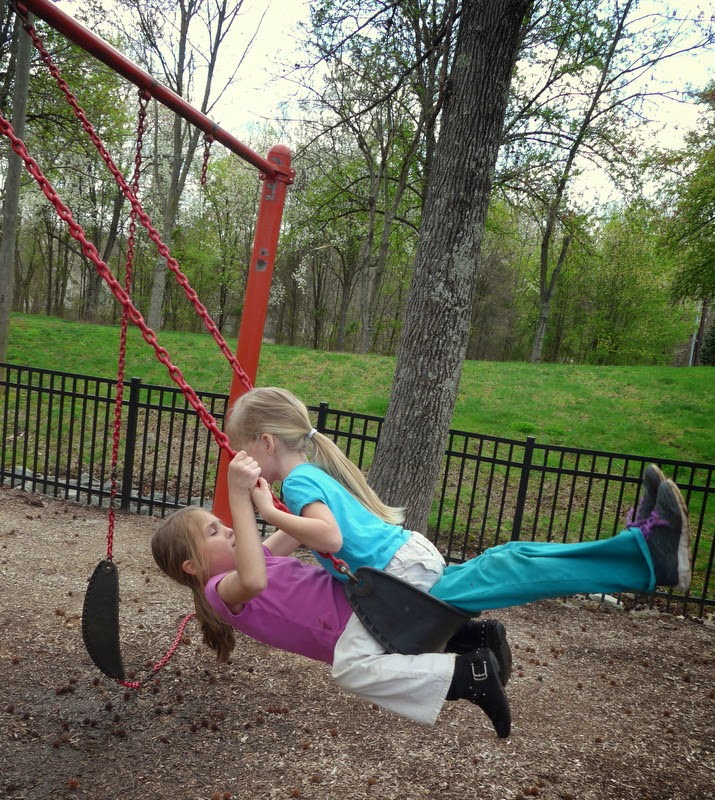 They were quite happy with themselves until they ended up bonking heads. Then Rachel was furious with Miriam for accidentally bonking her in the head. It's not like Miriam escaped the encounter unscathed. She had a bonk to match the one Rachel wore. And besides, I pointed out to Rachel, didn't you just kick Miriam when you were swinging solo and send her sprawling on the ground. Miriam was covered from head to toe in mud.

"That's different!" Rachel fumed. "I didn't do that on purpose."

"And neither did Miriam. That's what accidentally means."

Things were better after she calmed down again.


While the girls were happily on the big kid swing, I pushed Benjamin in the baby swing, and he loved it and didn't want me to ever stop pushing him. In fact, he loved it so much that he let Rachel take over for me, which must've meant he wanted to keep swinging a lot because usually he fusses when his sisters push him. 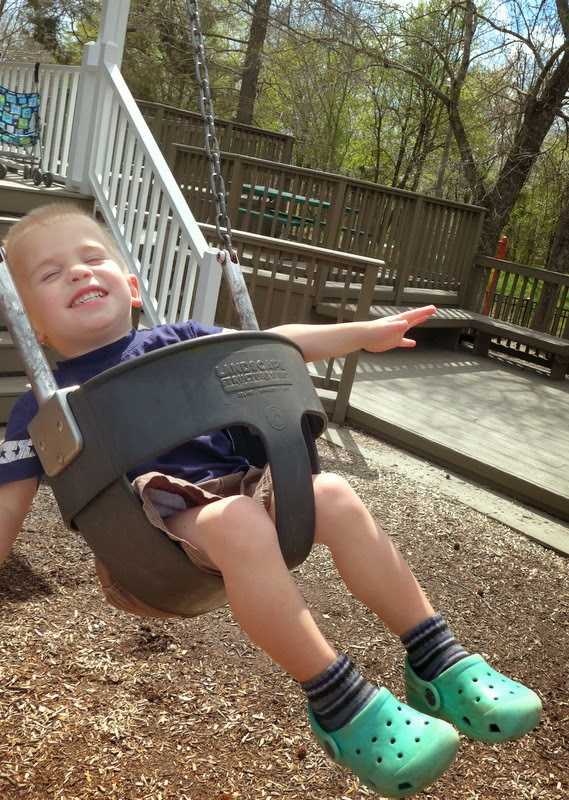 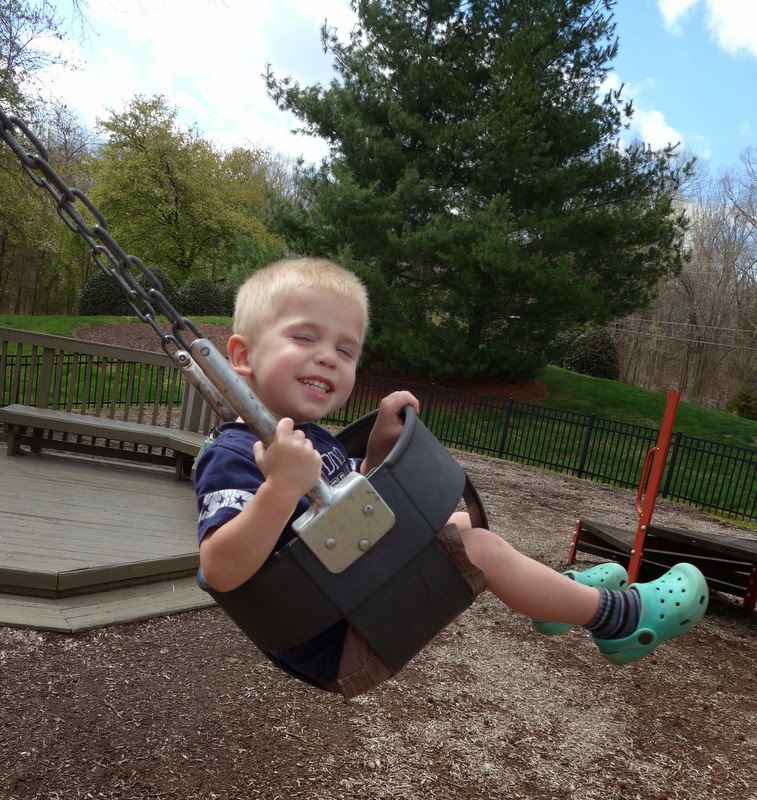 When the kids were thirsty enough that they wanted to go home (I brought a water bottle for myself and suggested the kids pack one but no one took my suggestion so everyone ended up mooching water from my water bottle until it was nearly empty) we took a few pictures to commemorate our first day of spring break before packing up and heading out: 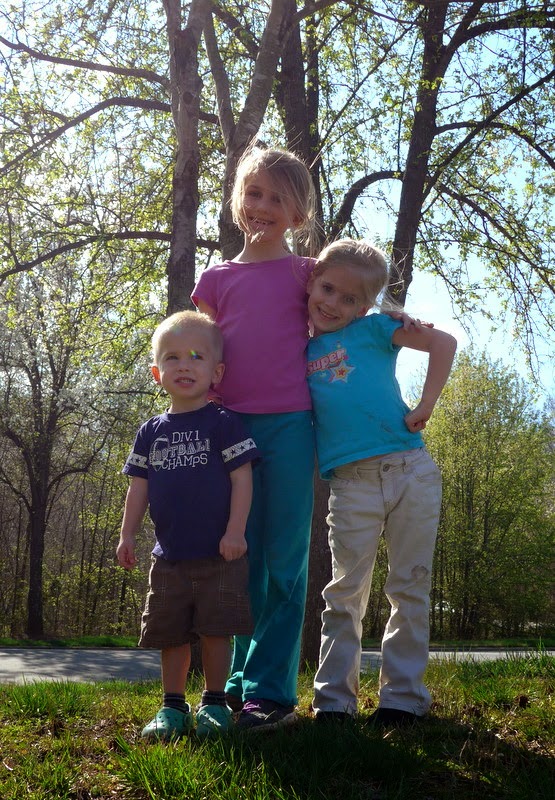 The sunshine did a great job of hiding Miriam's mud stains (but if you look closely I'm sure you'll find some): 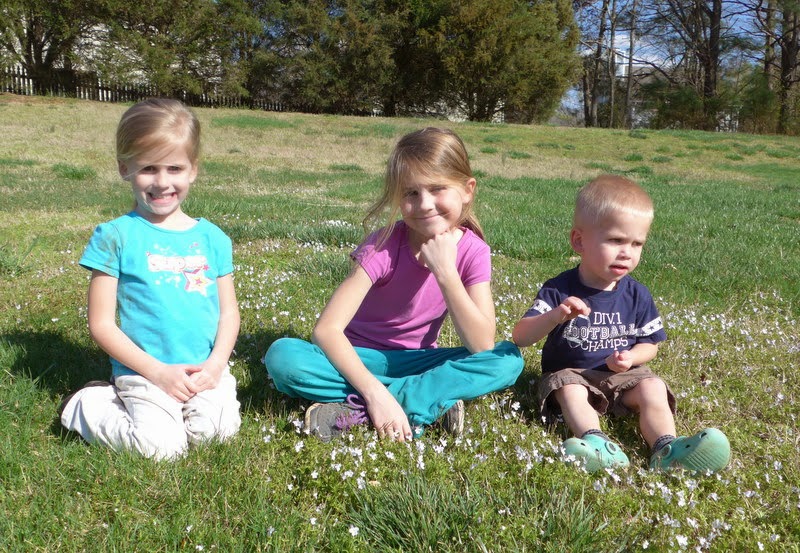 They chose the patch of johnny jump-ups themselves: Rachel wanted a picture of herself: 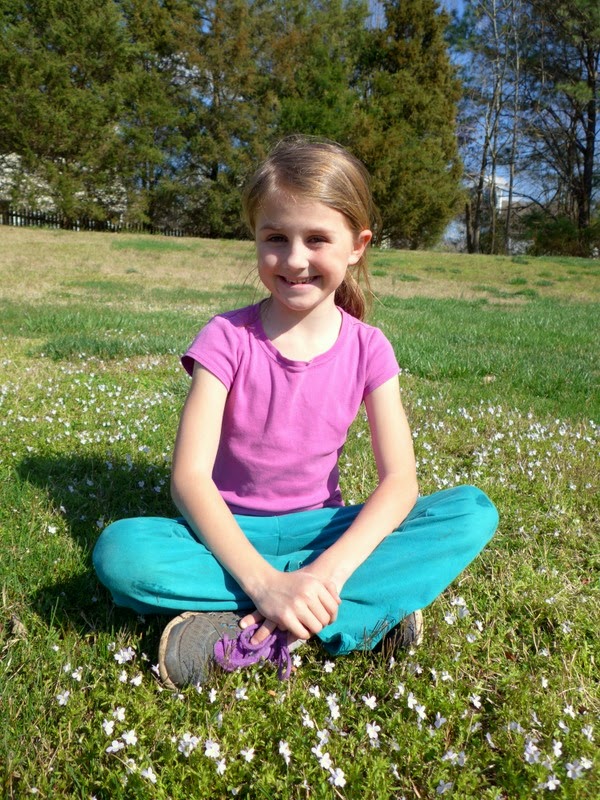 And then we took a couple of me at 31 weeks (only 9 weeks to go—single digits!): 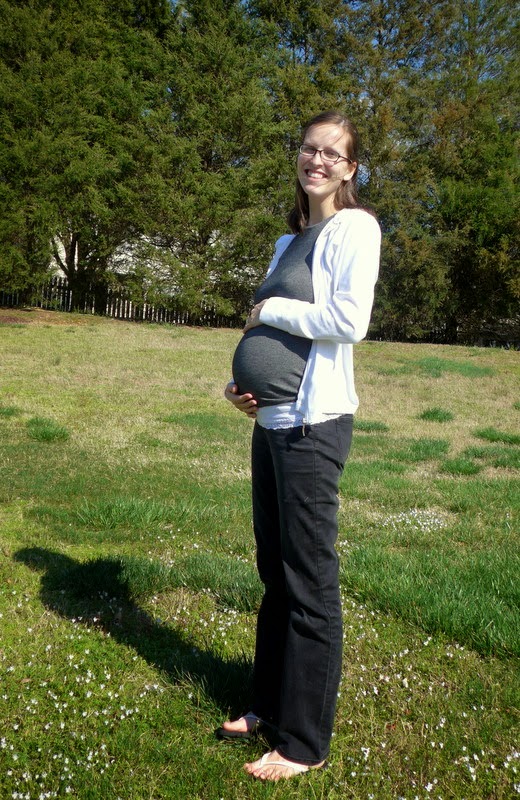 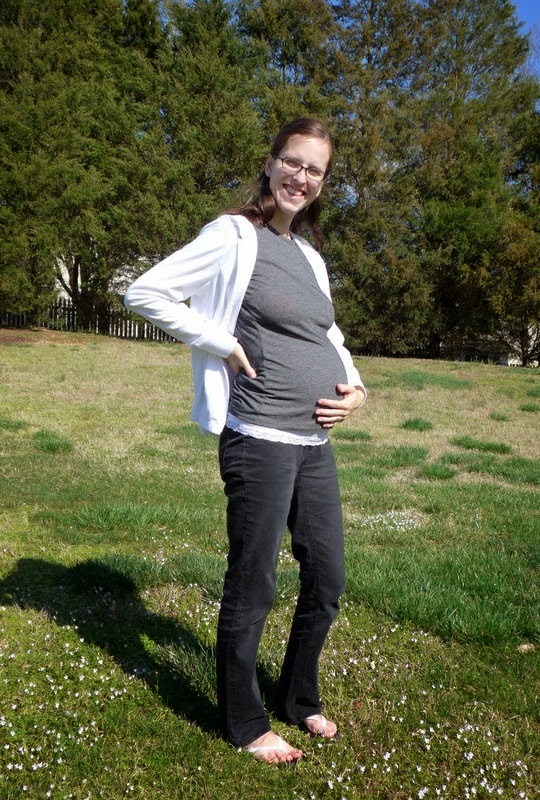 It would have been better had I been wearing the same outfit and if we had put Miriam in the same dress Rachel wore in 2012. Oh, and if the kids had been more on board with cooperating. But it'll do.

Oh, and we upgraded Rachel's bike (I do love a good Craigslist find)! This one is a much better fit than her old one; it's hard to believe how fast she's growing. 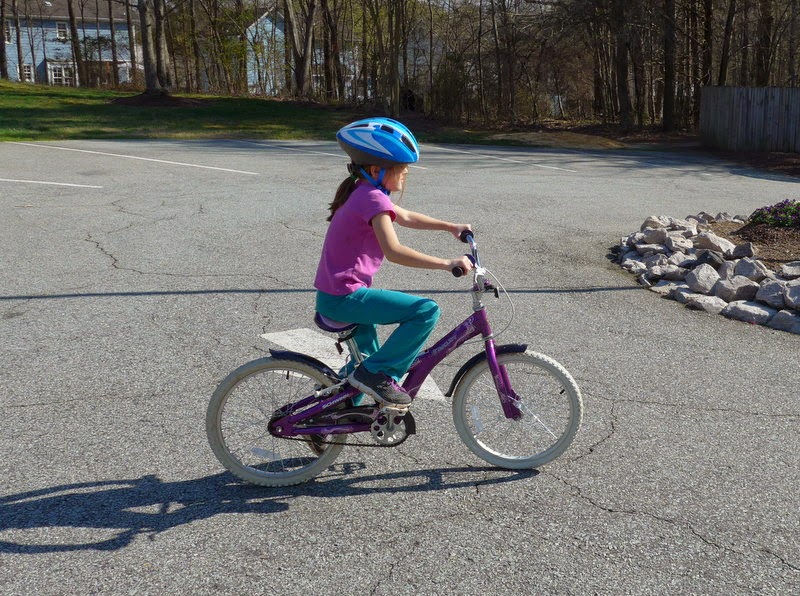 I clipped the house keys to her bike seat so she could ride home as fast she wanted—she was so thirsty—and we followed slowly behind. Miriam got stuck on the big hill when she was so close to making it to the top. Benjamin hopped out of the stroller and pushed her the rest of the way up; he's such a good little brother.

I wanted to get a picture of him pushing her but we were on a hill and I had no where to leave the stroller and they were going faster than I was and then when she was ready to go on her own she started shouting at him to stop pushing her. "That's good, Ben! That's good! Stop! Stop pushing me! I can do it now!"

"Thank you," she muttered and then took off pedaling for home as fast as she could.

These kids have been dropping some serious 'tude all day. This morning I texted Andrew to ask him whether three hours into spring break was too late or too early to put the kids up for adoption.