I cut Benjamin's hair on Thursday, which made Andrew jealous, so on Saturday he let Benjamin play barber (and then had me even things out). Benjamin had a blast! With any luck we may have even cured his fear of the clippers. He started crying (wailing) while I was cutting his hair on Thursday so I told him that if he didn't stop he'd get in trouble. Instead he laughed the whole time I was cutting his hair, very over-the-top. It was a "Hahahahahaha! Aaahhh! Hahahaha!" but it was better than the screaming he was doing earlier. 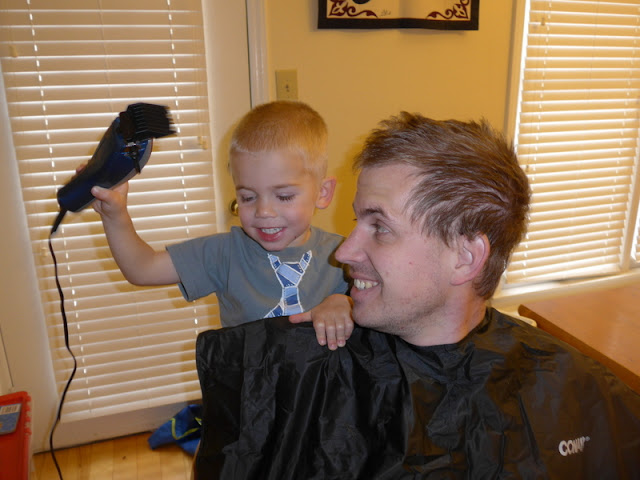