Old Man Weather has done a complete 180° and plopped us down in the middle of a lovely spring-like day. We had a bit of a kerfuffle before church because Miriam wanted to find a specific sweater to wear but couldn't find it. We told her that she didn't need a sweater today because it was so lovely out (70°F, folks!) but she insisted that she did and eventually settled on wearing her winter coat. Then we had a bit of a kerfuffle in the parking lot while we tried to convince her to leave her coat in the car and she tried to convince us that she needed to wear it inside.

Anyway, we made it through church and came home for lunch before heading up to our neighbour's house.

Earlier this week our neighbour had dropped by to invite us to ride horses at the top of the cul-de-sac. Benjamin immediately started looking forward to this, though we managed to keep it secret from the girls. I quibbled with it a bit, wondering if it really fell in line with keeping the sabbath day holy, which has been a point of focus in our services lately.

However, when church was cancelled last week, this was the email we got from the stake presidency:


Due to treacherous road conditions, that are unlikely to improve until later tomorrow, church services on Sunday across the stake are cancelled.

We would encourage you to be thoughtful about ways to keep the Sabbath day holy tomorrow. This may include scripture study, prayer, and wholesome family activities.

Stay warm and be safe.

That "wholesome family activities" bit practically encouraged families to go sledding (and many families did (we saw evidence)).  I figured that this fell into the same "wholesome family activity" category, since when we were invited our neighbours said, "We have all of our grandchildren coming over on Sunday afternoon to ride horses in the cul-de-sac and would love for your family to join us if you can." Turns out it was our neighbour's birthday and what she wanted to do was watch children ride horses. Can't really say no to that!

Around three o'clock we saw the horse trailer head up the street (the horses belong to a friend of our neighbour).

Benjamin was so brave. He marched right up the street and without hesitation started trying to mount the littlest horse—Little Bit. He ended up needing some help and had a long ride, which he enjoyed immensely. 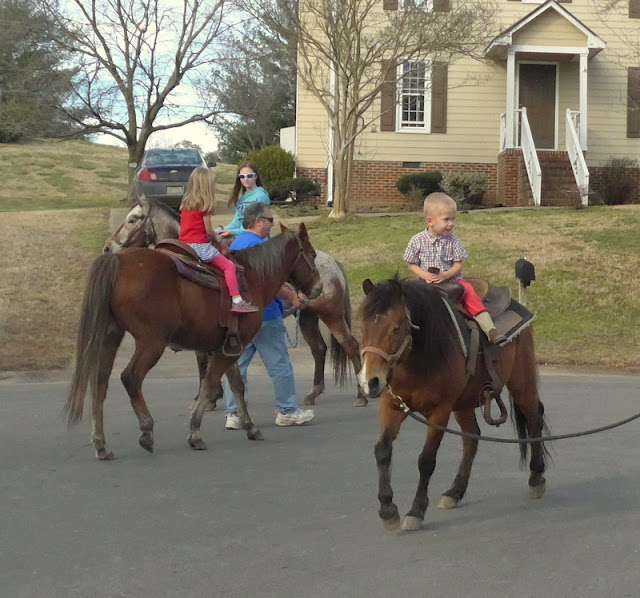 His sisters, meanwhile, got rides on Little Foot (Miriam) and Wilbur (Rachel). 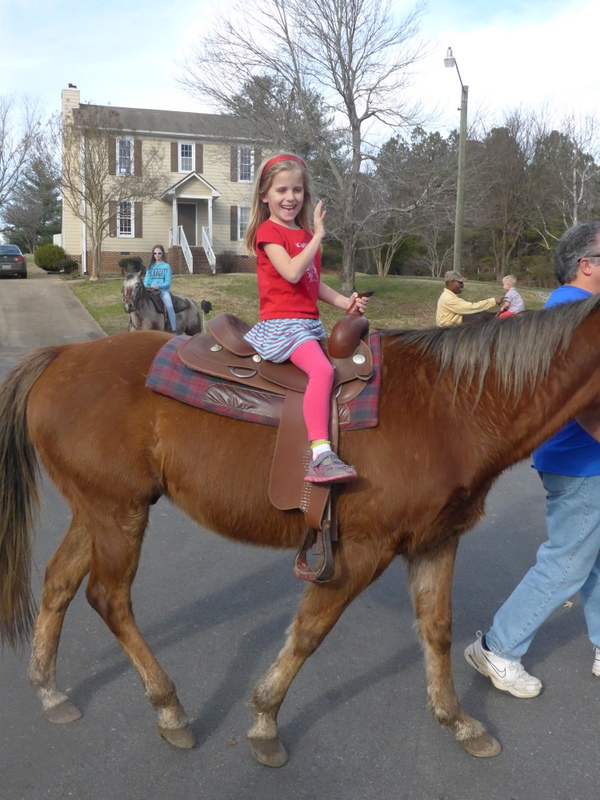 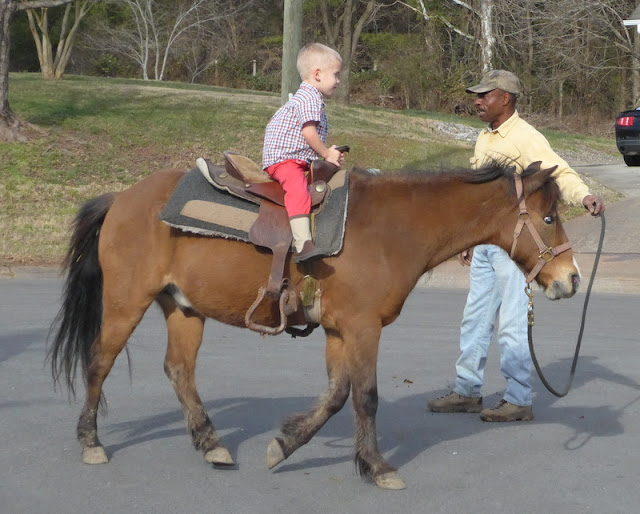 Even Zoë got to take a little turn (but she was not a fan at all!). 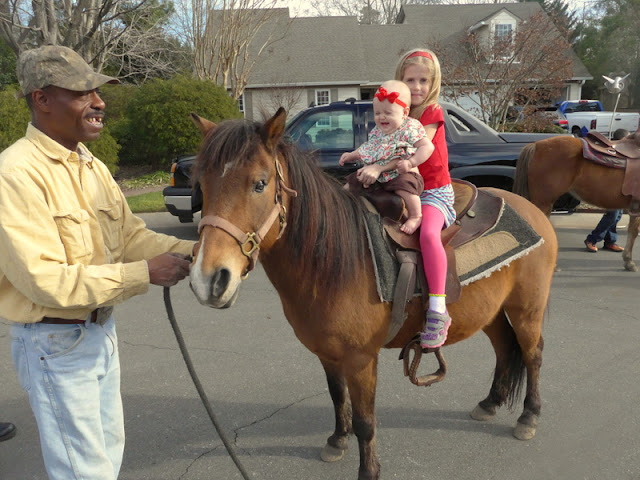 Here's Rachel running over at the end of her ride, gushing about how cool it was: 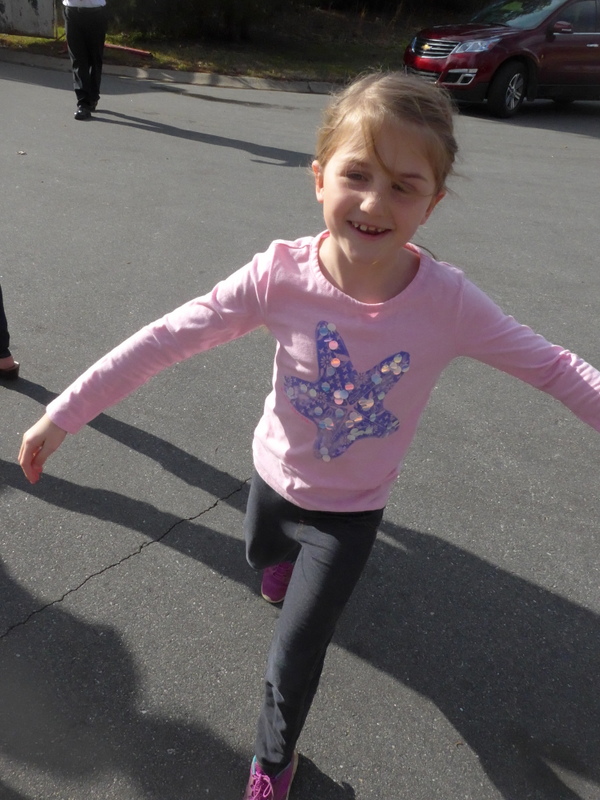 Miriam, though, seemed to enjoy it the most. At any rate, she was the least shy about asking for and accepting turns. 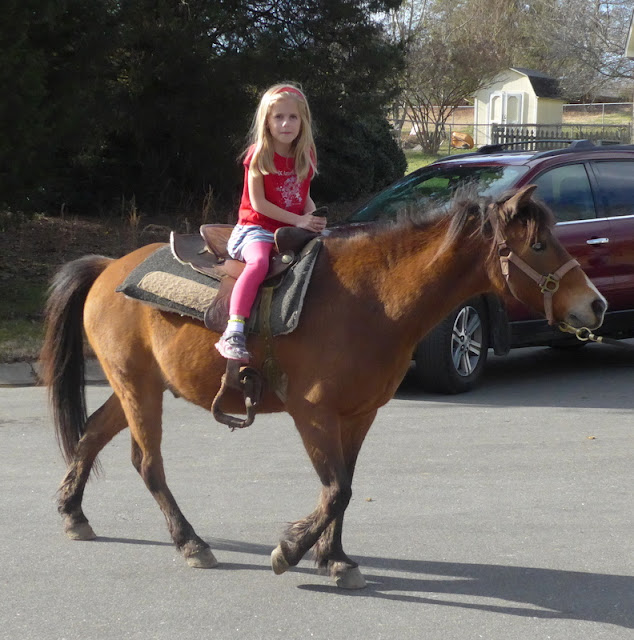 Rachel loved it, too, though. 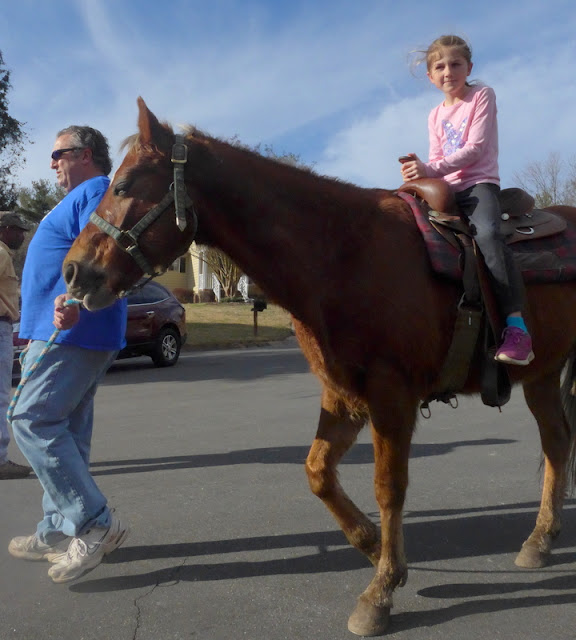 Zoë preferred to watch, which she did with a mix of fascination and trepidation. 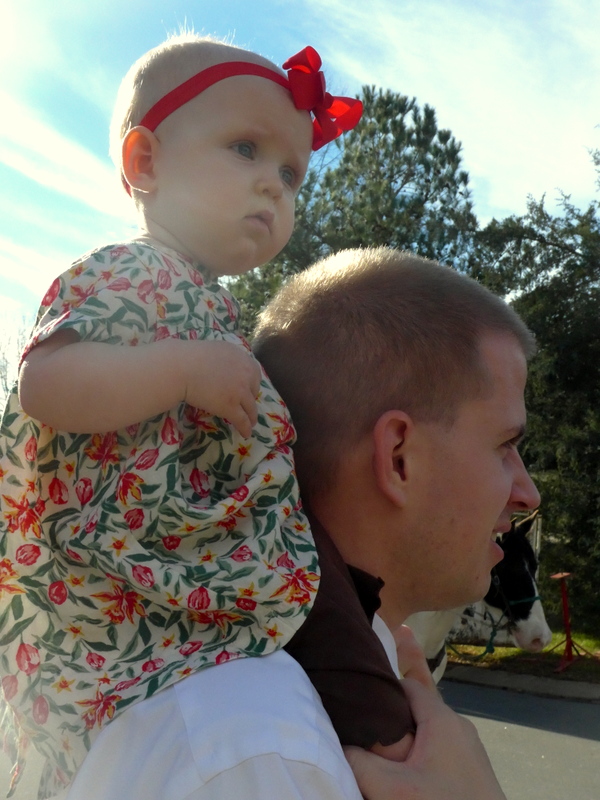 She had to keep her eyes on those strange four-legged creatures at all times. 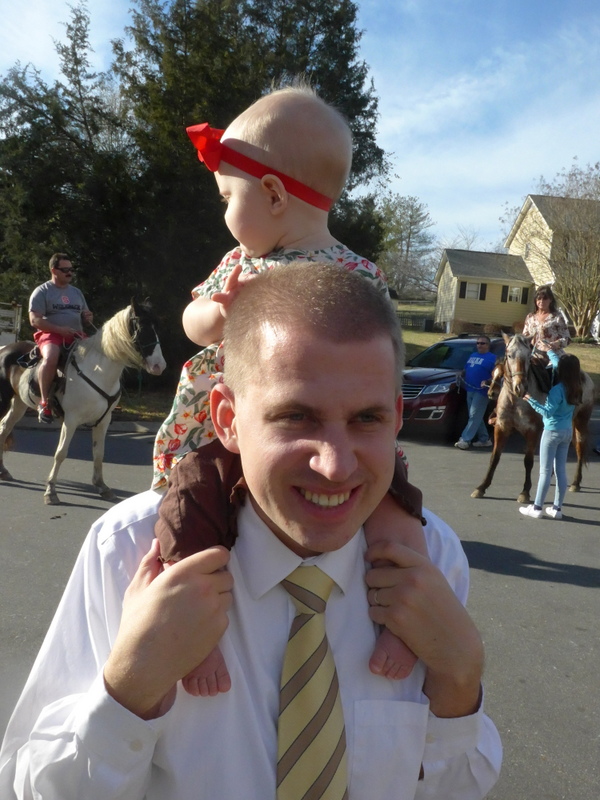 Benjamin was so funny about it. He didn't want to get off the horse, but eventually he had to because there were other children there (our neighbours have four grandkids and we added four more; there were five horses to ride). Once he was off the horse, though, he refused to get back on, saying how scary it was and that he was afraid he was going to fall off. It was so weird because he had such a great time!

Our neighbour brought out carrots and apples for the kids to feed the horses and he had fun doing that but still wouldn't get back on for another ride. We learned that Wilbur was rather suited to his name, though! He was quite the little pig, and kept trying to get everyone's treats!

Right before we left to go home Benjamin finally let us put him on the horse Rachel was riding and they had a few more turns around the cul-de-sac. 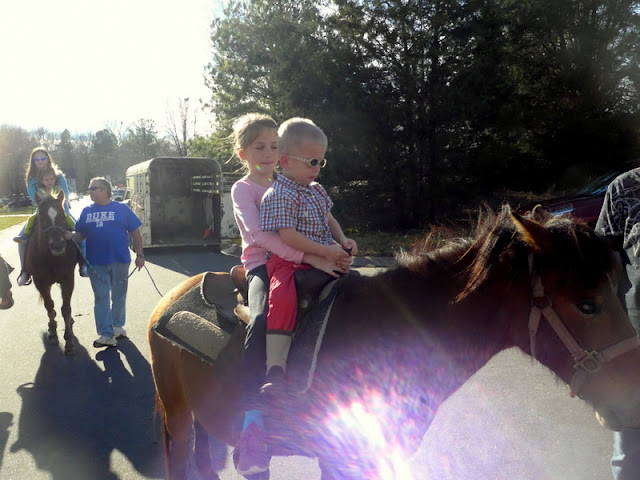 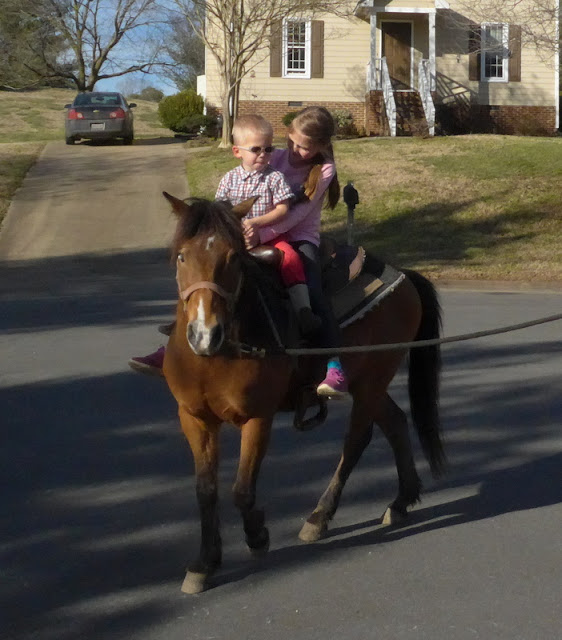 It was good to get to chat with our neighbours a bit. We also got to meet some new people who bought a house that recently foreclosed on our street. They're a young married couple—the husband is working on his PhD at Duke and the wife is working on her master's degree at...another university that I can't remember. They seem really nice; we're excited to have some people move in who are in the same station of life as us—perpetual studenthood for the win!
Posted by Nancy at 9:49 PM