The older girls stayed up until midnight reading, watching shows, and playing games. 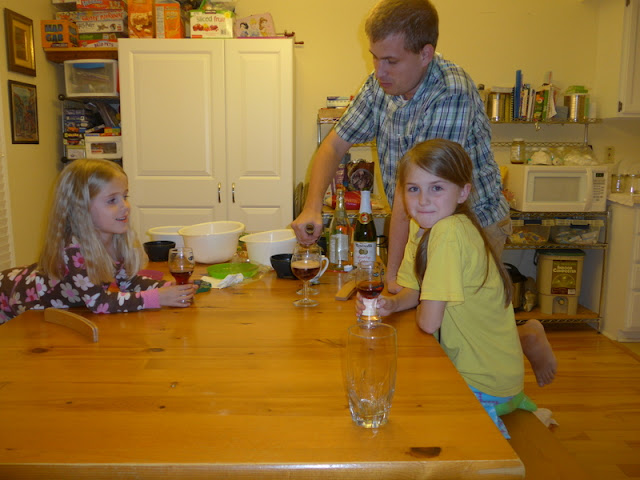 We celebrated at midnight with more sparkling cider and then I let the girls bang pots and pans outside, much to our neighbours' enjoyment, I'm sure. There were so many fireworks and gunshots going off that we had quite a bit of competition in the noise pollution arena, anyway. 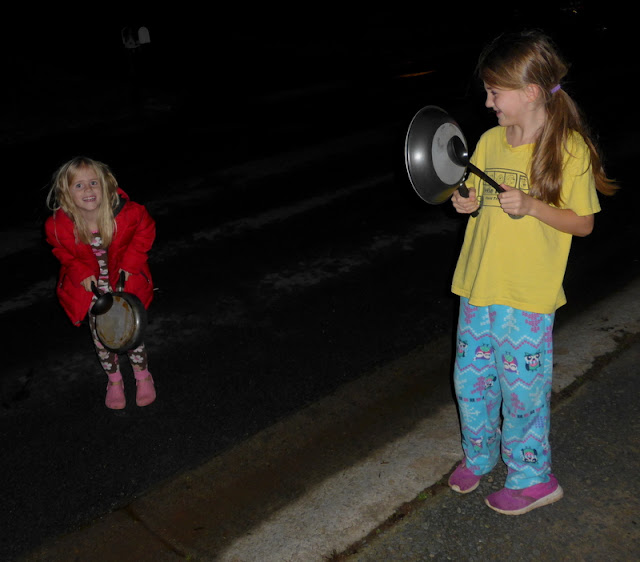 The girls also put this list of goals together for Zoë: 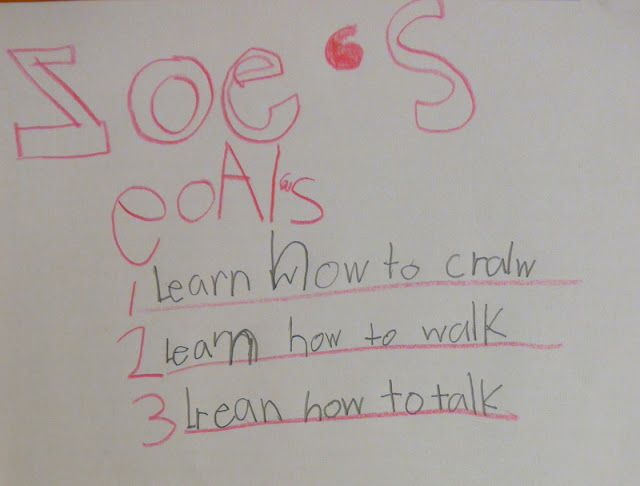 We spent Family Night this week discussing goals for everyone else, and I'm sure I'll write about that eventually (but probably not until the kids are back in school and things are settling down at home).

On New Year's Day we went to the breakfast the bishopric hosted and sent the kids off to eat with their friends while we enjoyed some adult company. We talked about New Year traditions since sometimes it feels like there aren't any—aside from playing games and staying up until midnight.

One person mentioned that their mother would make them literally jump into the New Year. She'd have all the kids stand on various pieces of furniture during the countdown and then at midnight they'd all jump off (and "into" the New Year).

We don't have any special foods that we eat on New Year's Day, aside from Martinelli's at midnight, or any special traditions, other than staying up late playing games. Perhaps we'll adopt jumping into the New Year, though—that's a cute and easy tradition to perpetuate.

Those are the kind of traditions I need: ones that take no preparation or supplies!
Posted by Nancy at 3:55 PM