I should probably write about Zoë learning how to crawl before I forget when she did. At seven-and-a-half months, she's certainly not my earliest crawler, but she's not exactly the latest crawler either. Here's a video I took of her on January 15th, when she was really just figuring out how to propel herself forward (she's been stuck going backward for so long):

She's really not interested in crawling at all and would much prefer to walk. Since mastering the forward-crawl (and that was only three days ago, remember?) she's started pulling up on furniture like crazy, cruising her way around the room, and often letting go to balance on her own. She's fallen so many times today it's not even funny. When Andrew came home and I told him all the things she's been trying I said, "I swear she's fallen over like fifty times today."

During FHE she fell down over ten times. And FHE was not that long today.

"I'd like to amend my previous estimation," I told Andrew. "After counting how many times she fell down in the past twenty minutes it's possible she's fallen down several hundred times today."

No wonder babies learn things so fast—no matter how many times they fall over they pick themselves up and try again. Such determined creatures.

The first place Zoë crawled to was her bedroom where she promptly began pulling books off the shelf: 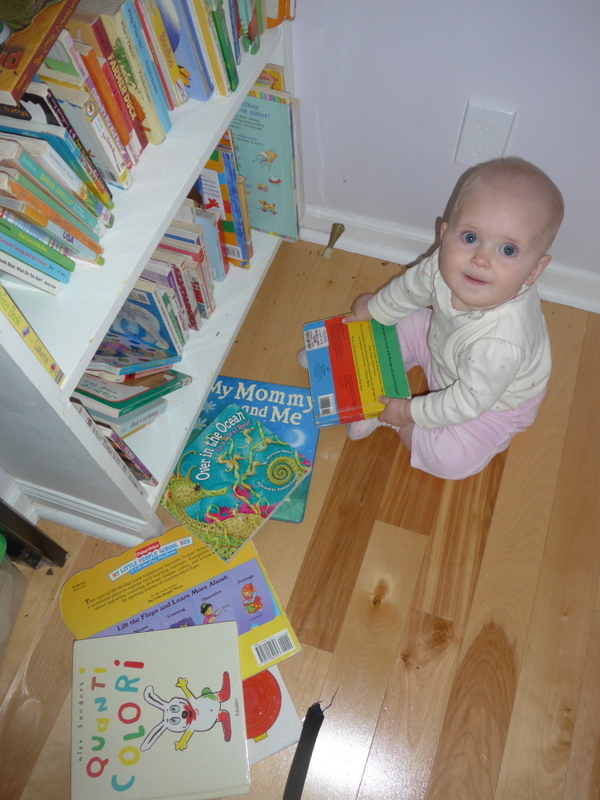 She's made it clear the past couple of days that we're all going to be busy picking up books for the next little while. She's also learned how to get toys down for herself: 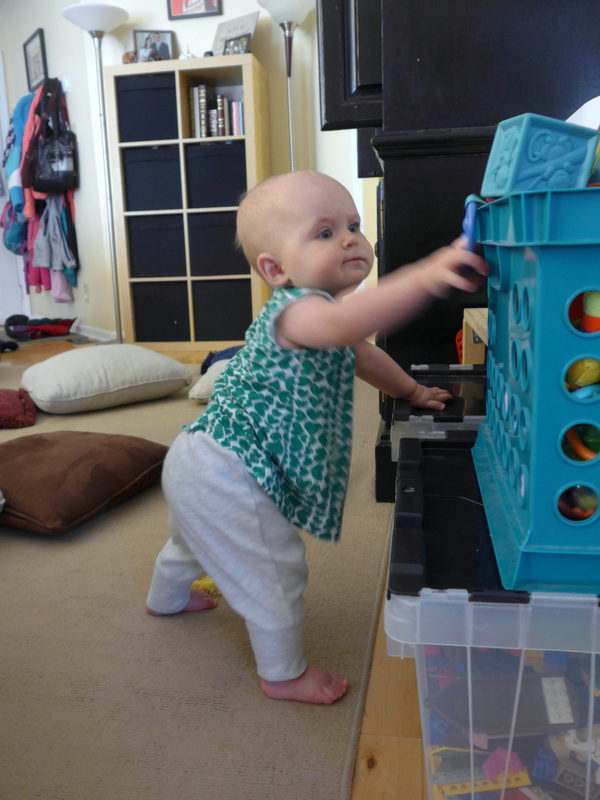 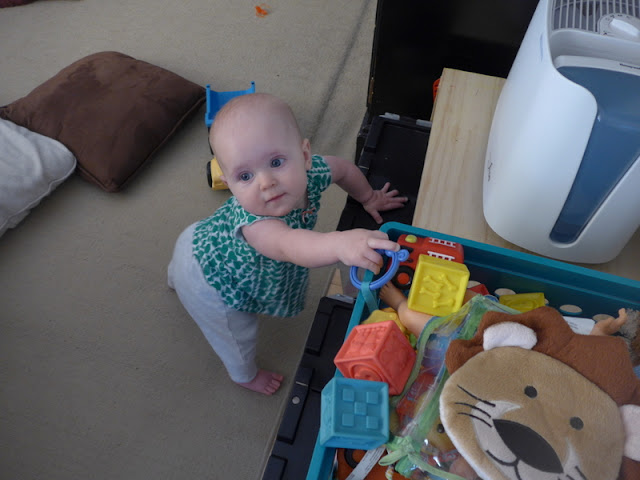 And she knows where the Cheerios are, too (but she couldn't figure out how to get the boxes to come out): 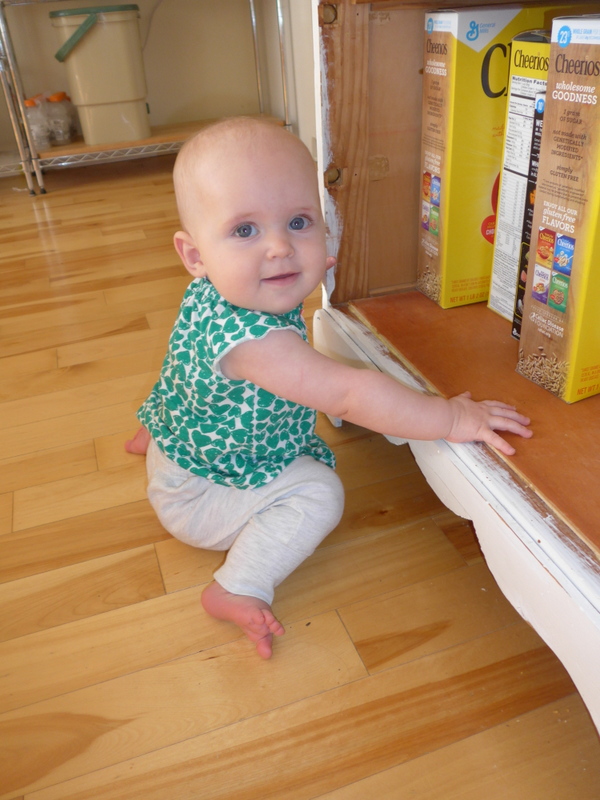 This evening she enjoyed playing in the living room: 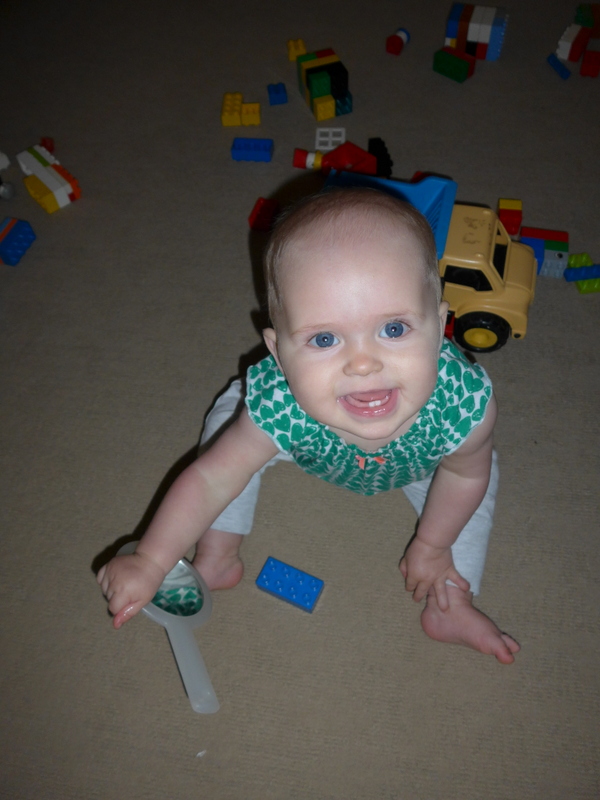 Pulling herself up on furniture: 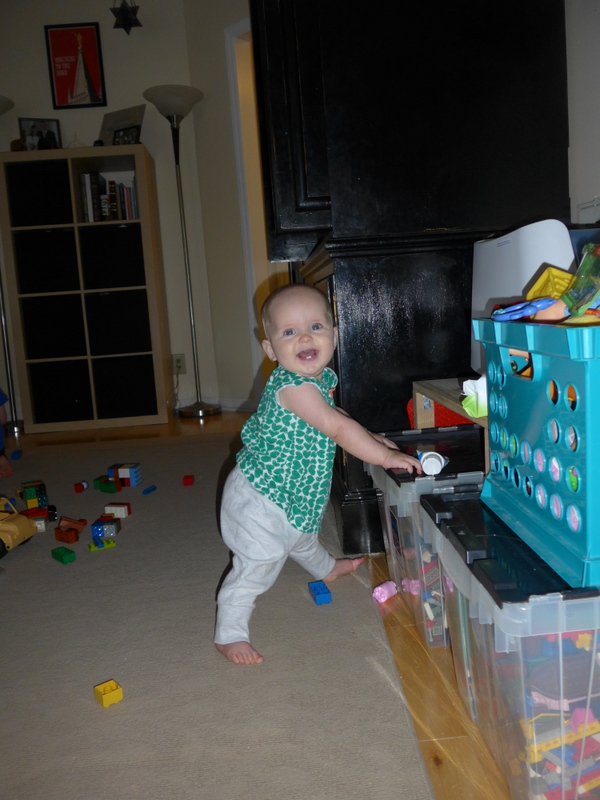 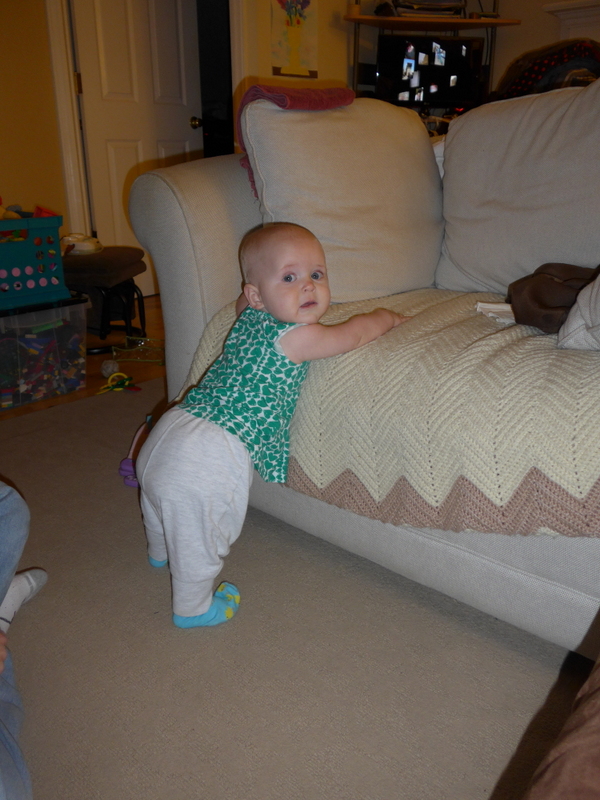 She likes to flip around to look at the room and then flip back to the couch so that she can move along a little more, and then she'll flip around again so her back's to the couch. Crazy little munchkin! 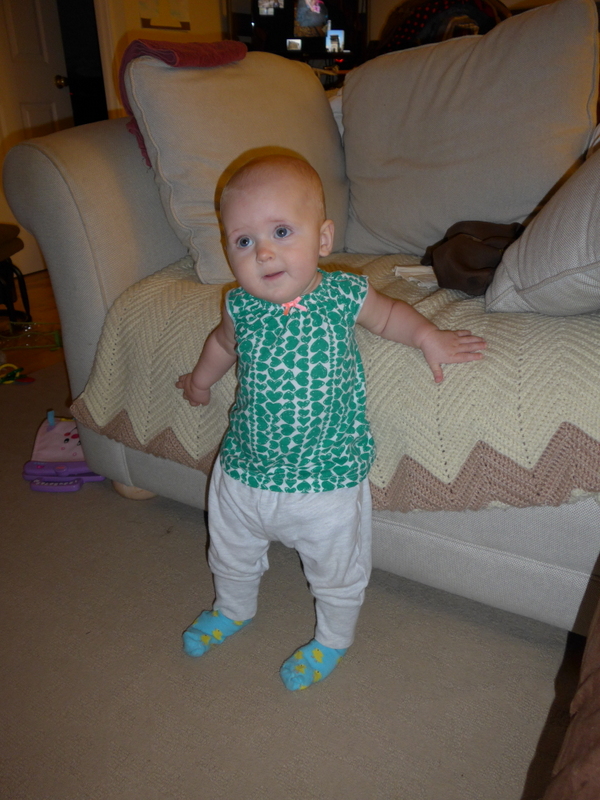 Rachel took some pictures of Zoë with our old camera, which is now the "kid camera," and stopped to show Zoë pictures of herself. Zoë thinks other babies (herself included) are fascinating. 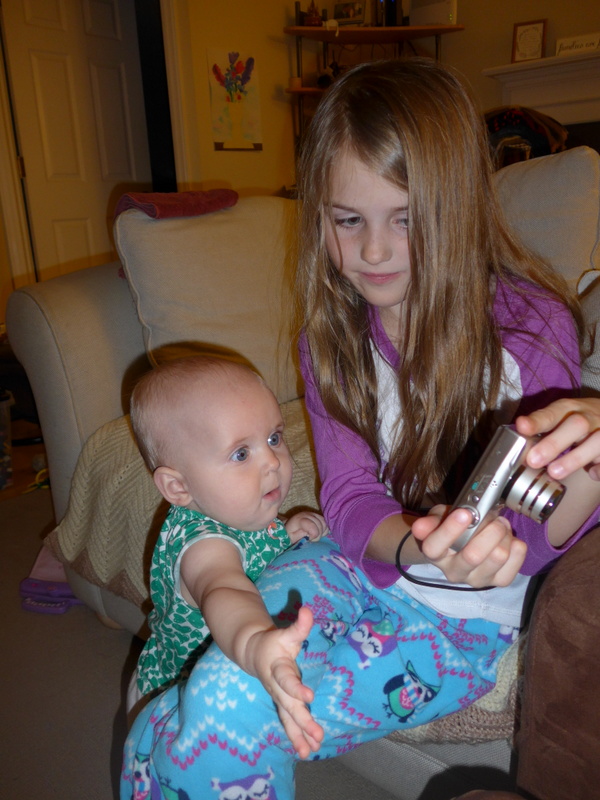 So that's where we're at now: fully mobile and getting into everything—books, toys, tupperware and everything in between! 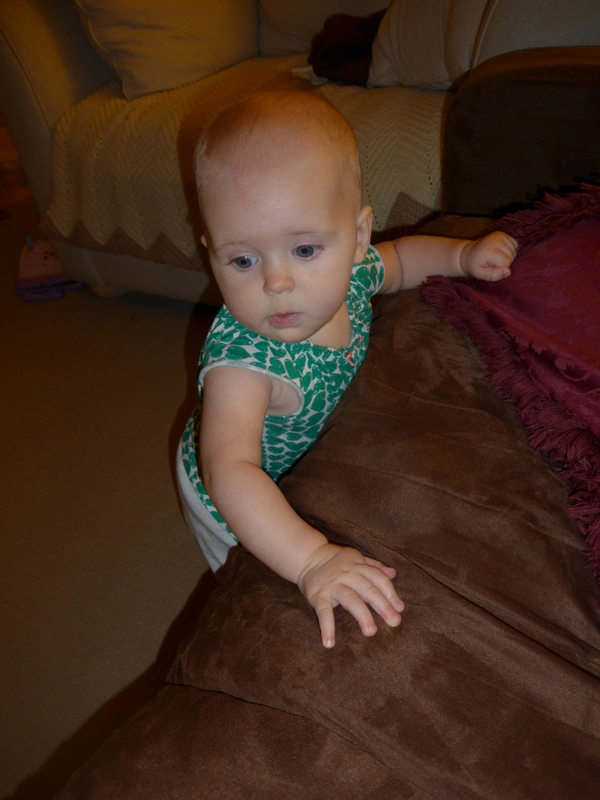 She'll be walking before we know it... 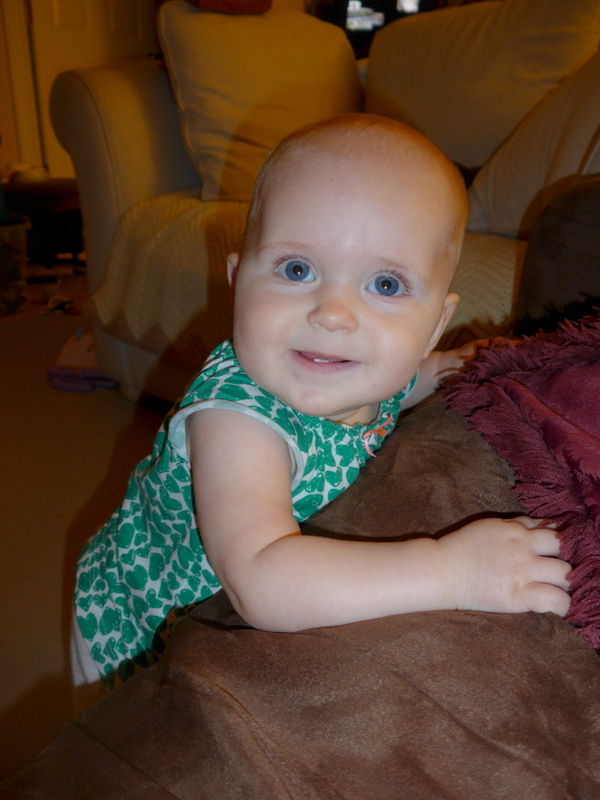