Zoë's getting so close to crawling that I'm sure she'll be speeding around the house in the next couple of days. For now she remains frustrated that she can't get where she wants to go. However, she seems to have mastered a different trick this evening—sitting up.

For the record, I left her on her back after a diaper change. I returned after taking care of her diaper to find this: 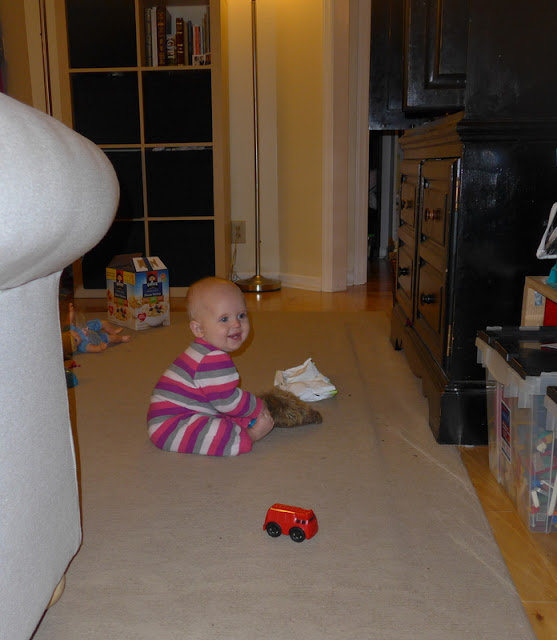 All her siblings are sleeping (let's not talk about Zoë's sleeping "schedule," okay?) and Andrew said he didn't help her so she somehow managed to sit up by herself.

I almost doubted whether I left her on her back or not until she tipped over onto her stomach...but then ended up back in a sitting position a few minutes later. I've been watching her to see how she does it but so far she's just been spinning circles around the living room and backing herself into corners and then crying about it because she so badly wants to control her whereabouts. Sitting up on her own is a pretty cool trick, though, I guess.
Posted by Nancy at 11:25 PM