We went on a quick field trip to Raleigh on Saturday, first picnicking in front of the State Capitol Building and reminiscing about our first trip to the capitol when Benjamin was just ten months old. We had to take a picture of him sitting by the cannon, just to show how much he's grown. 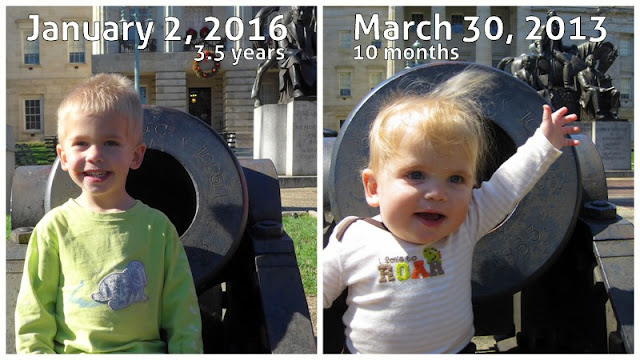 
Everyone else has grown up, too, since the first time we visited Raleigh, but Benjamin has done the most obvious growing up. I think the only thing shorter about him is his hair. 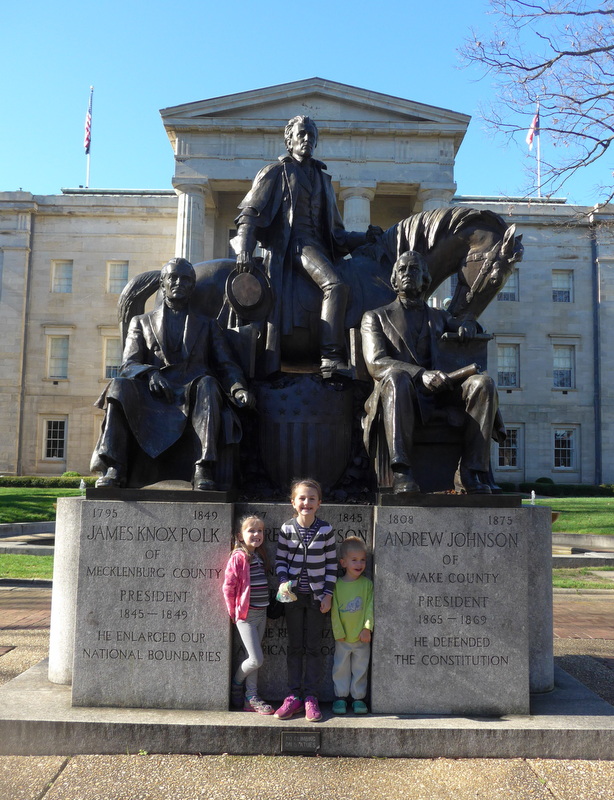 Perhaps we'll be able to take Zoë here in a couple of years (then again (fingers crossed) perhaps we'll be moving on by then (not that I want to leave (just that I want, you know, a j-o-b))) and she'll have hair to speak of. It could happen. 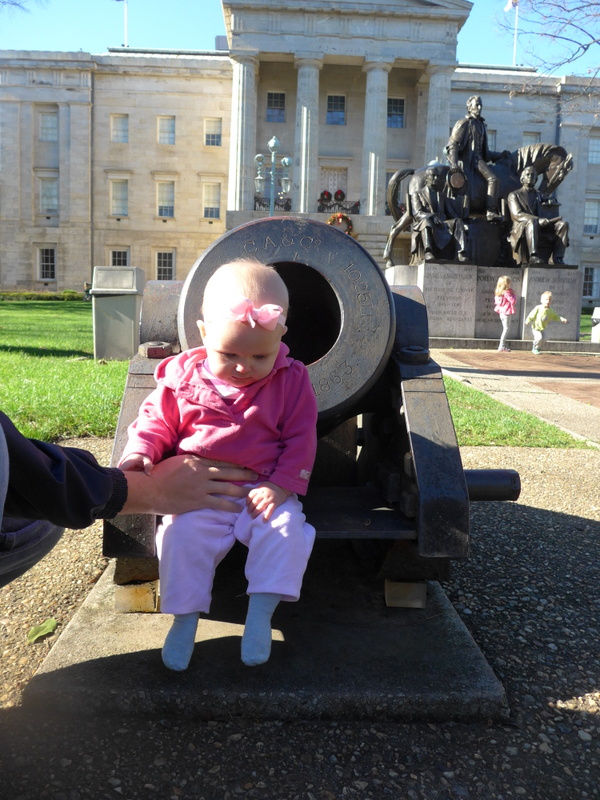 We couldn't stick her in the cannon like we did with Benjamin (back in 2013) because the inside was full of rainwater (go figure). She wasn't terribly interested in balancing on the cannon, anyway.

Since she's been spending most of her nights screaming she can't help but doze off during the day while Mommy's holding her and walking around, so this was probably what she was interested in doing when we were busy perching her on cannon stands: 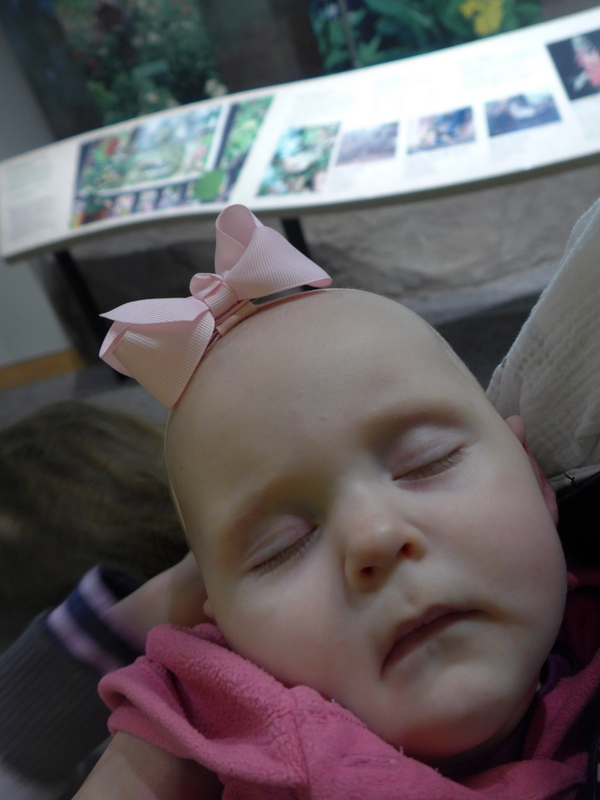 Benjamin was most excited about finding the dinosaurs, so we made sure to see those. 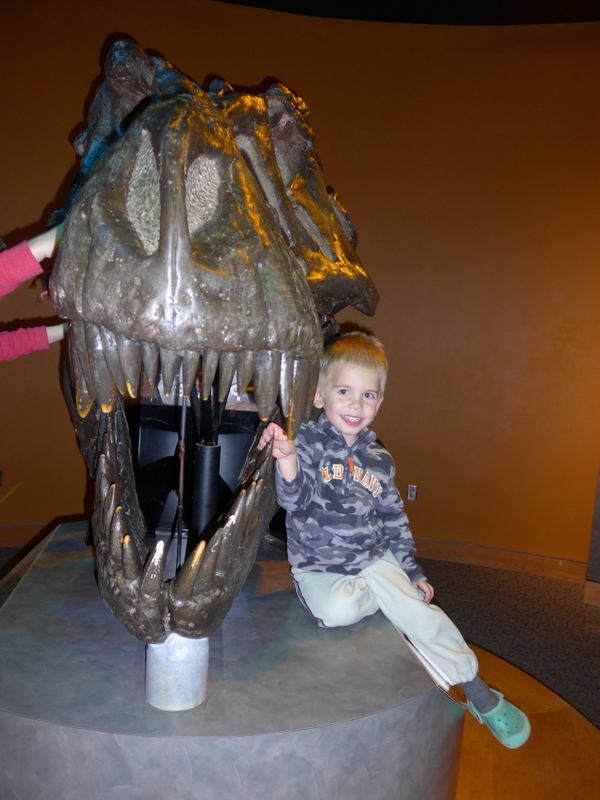 This was his favourite room: 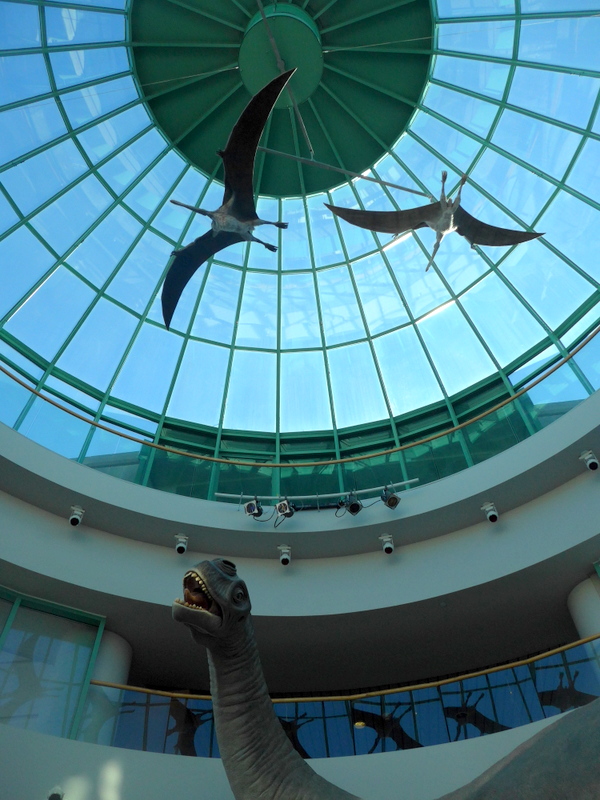 The pteranodons (or pterodactyls or whatever) "fly" around the ceiling, and then there's that model of the brontosaurus/supersaurus/whatever as well as the skeleton of a tyrannosaurus/albertosaurus/whatever attacking it. Benjamin found the whole thing thrilling, which is good because the last time we came (last year, probably) he was terrified of this room. 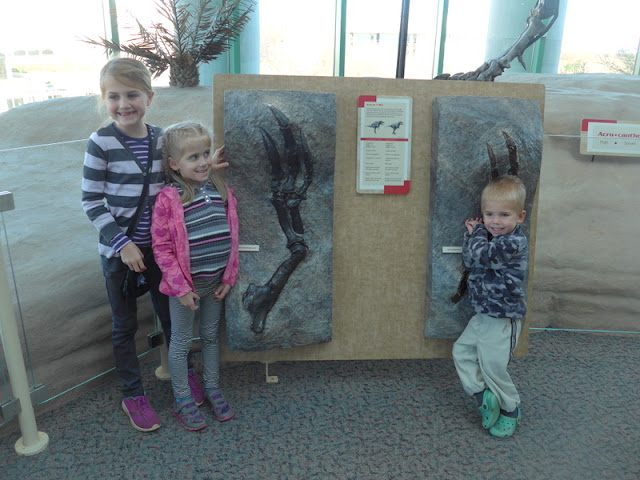 We were lucky enough to catch a lecture by Glenn Murphy (author of Why is Snot Green? and tens of other science books for kids), which the girls, in particular, enjoyed. We had to duck out early, much to Rachel's disappointment. She thought he was funny "and he's from England!" Anything from England is class act (and well worth listening to) in her book: Harry Potter. Doctor Who. Patrick Stewart. Now Glenn Murphy.

She would have loved to stay and listen to the whole thing, but an hour was a bit more than we could ask of Benjamin, so we promised we could look for his books in the library and moved on, eventually making our way from the Natural Science museum to the Museum of North Carolina History where the children got to milk a cow, heft a water bucket, collect eggs, and pretend to be soldiers. 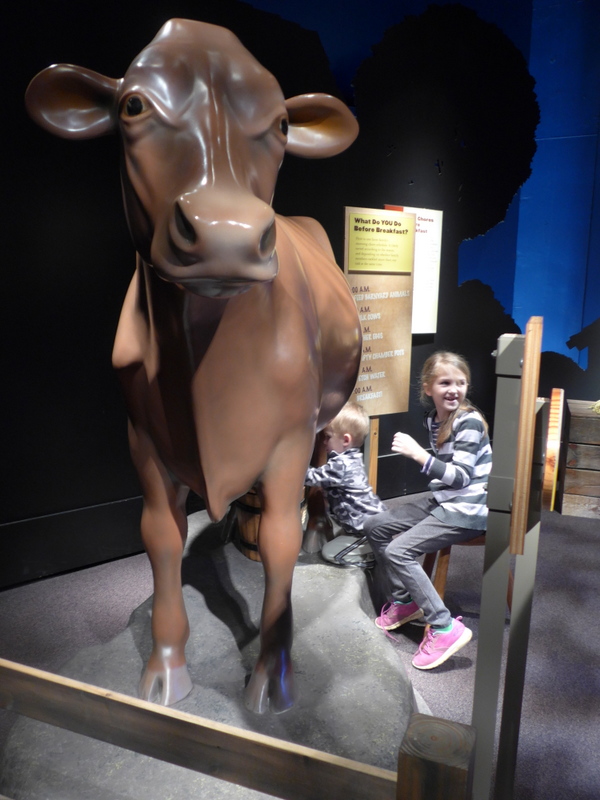 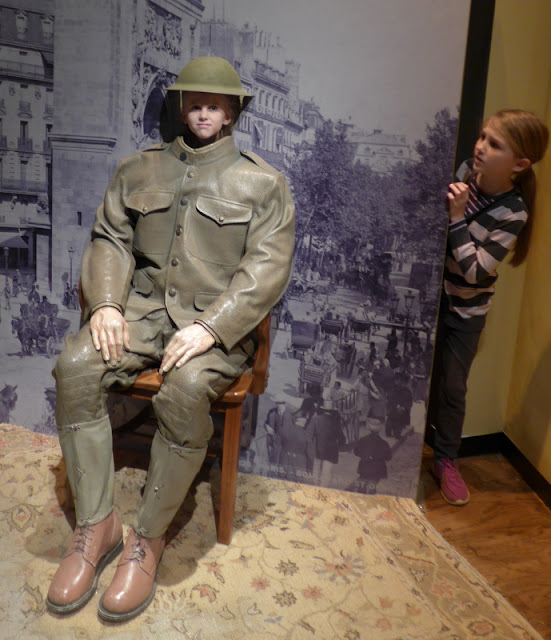 It was a lovely way to finish off the weekend. Andrew's been back to business as usual this week (starting today) but the kids still have another week off of school. At some point we're going to have to start getting them readjusted to their school schedule...
Posted by Nancy at 1:05 AM