For Alexander's birthday cake I made a double recipe of the Incredibly Moist Pumpkin-Spice Cake with Cream Cheese Frosting from the Betty Crocker website. The base of the recipe is a boxed cake mix, just as a disclaimer (I'm not culinary goddess), but the mix-ins take things up a notch. Almost everyone seemed to like it, but the birthday boy (and girl) seemed to enjoy it so that's what really matters. 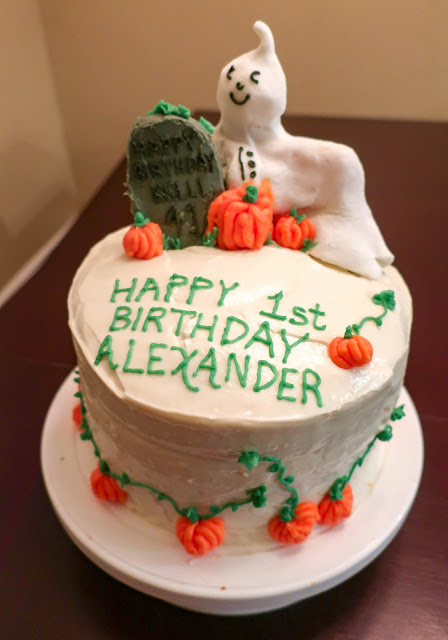 I went ahead and iced it with the cream cheese frosting (Uncle Patrick, who detests cream cheese, is in Greece so we didn't have to worry about offending his taste buds). Cream cheese frosting isn't ideal for piping, however, so I also pulled out some buttercream frosting that I'd stashed in the freezer after I finished decorating Rachel's birthday cake. That was probably the smartest thing I've ever done! It was so nice to not have to make a billion batches of icing. Buttercream will keep in the freezer for about three months, which is about how long this particular icing was in there and it was just fine.

The tombstone is a cookie covered buttercream and the ghost is made of fondant (draped over a lollipop-and-chip-bag-clip form).

It didn't help that Alexander woke up in the middle of my intense evening of decorating and demanded that he nurse back to sleep. I find my time is never completely my own as a mother (not when all the kids have been put to bed, not in the middle of the night, not when I'm in the bathroom—just never).

Despite all my interruptions (like Alexander eating lawn mushrooms and Zoë needing to decorate cupcakes and Alexander waking up to nurse and...) it turned out rather cute. Kelli was good-natured about being featured on the tombstone. I was thinking she would be because she tends to like dark humour like that, so while someone else may have been offended by it, Kelli just laughed and made sure everyone saw where her name was featured on the cake. 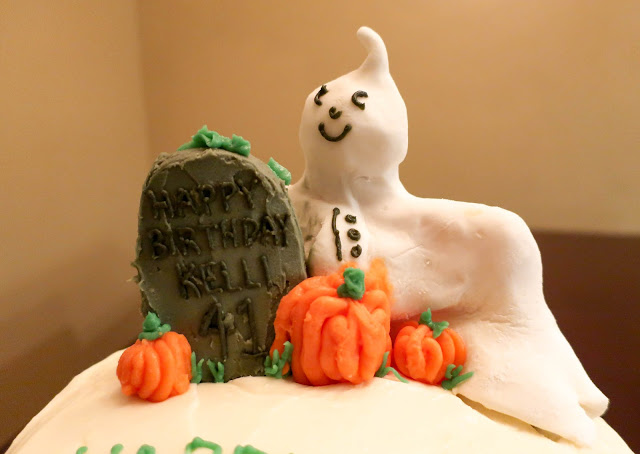 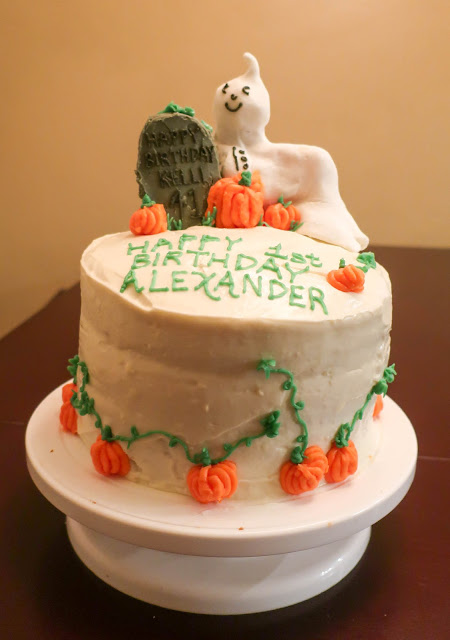 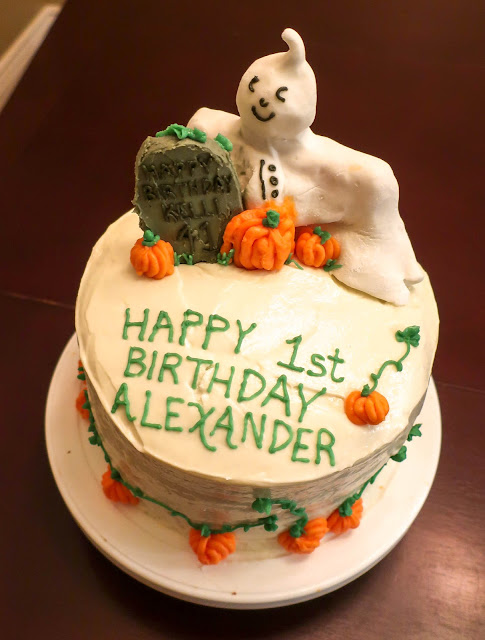 Email ThisBlogThis!Share to TwitterShare to FacebookShare to Pinterest
Labels: cake