As room mom (x3) I'm suddenly in charge of putting together several Halloween parties. I also volunteered to be on the "safety week" committee at school, thinking that safety week would be, like, in April like it was last year. But, no. This year safety week falls the same week as Halloween because if I'm planning things I may as well be planning things.

I don't have to do anything for Benjamin's class because my co-room mom is taking the party on since I've been organizing literacy center volunteers. Phew.

For Miriam's class I decided we'd have a Harry Potter theme and I came up with four stations, each representing a different class (or sport, in the case of Quidditch) from Hogwarts. And then when no one was stepping up to plan the 6th grade party (they have a big joint party with all four classes) I suggested we just do more or less the same thing and build our stations around a Harry Potter theme.

I've been floating my ideas to the girls to see if they think they'll be fun or not but I'm always a little unsure about whether my ideas will work the way I think they will. Having taken a handful of pedagogic classes (and having taught in numerous situations), I know that I am an excellent lesson planner. I am much less good at executing my ideas than I am about having them.

"Fails to command the room..." and so forth.

My lesson plans always got top marks, but my teaching evaluations were never as positive, so I thought that perhaps I should test out an idea or two before the big day (so I could scratch activities that were a complete flop). Tonight for FHE we played Indoor Quidditch (or Quidditch Pong...or Potter Pong...I don't know what to call it). It's definitely a take on beer pong, but instead of putting beer in the cups I put trivia questions because, well, we're teetotalers (and also my target audience is children).


Basically, I made three hoops for the Quidditch pitch (I cut out Darigold sour cream lids (because they're already gold) and fastened them to dowels (with tape and string) and stuck them in old salsa jars with some towels to support them) and then set up a bunch of cups out in the "field." Inside each cup I put a golden "snitch," which was a yellow paper with a picture of a snitch and a trivia question.

We took turns throwing ping pong balls through the hoops towards the cups and when we got a ball in a cup we had to answer the question to "catch" the snitch.

This evening's questions were scripture based, so we answered things like:


Even though Zoë had a complete breakdown and spent half the time crying (and Alexander would not leave the cups alone and Benjamin would not respect turn-taking), I think we had a good time and we can mark this activity down as a success (though I did learn a few things and am tweaking the "rules" of the game a bit before the Halloween party (I'm going to make a second set of hoops and have each team race to see who can catch all their snitches first rather than having them take turns at the hoops because turn-taking is chaos and the hoops are cheap to make (hurrah for repurposing—reduce, reuse, recycle!))).

Anyway, in case you ever wanted to see a bunch of Mormons members of the Church of Jesus Christ of Latter-day Saints essentially playing (dry) beer pong for FHE, here you go: 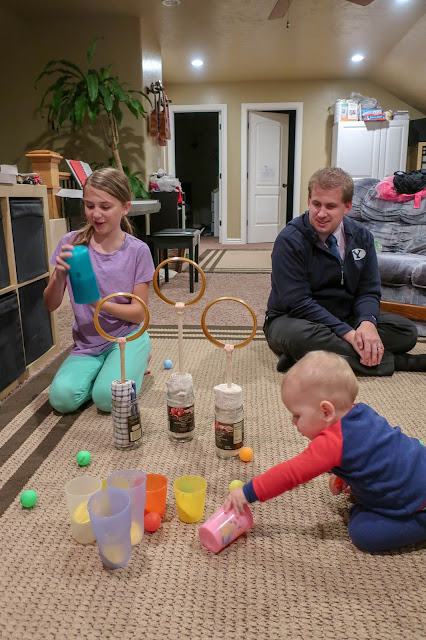 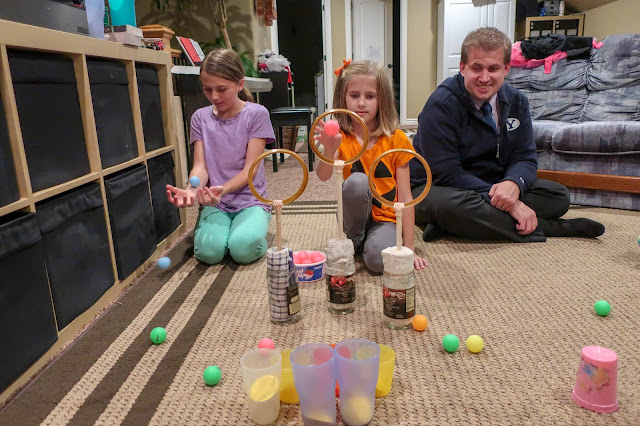 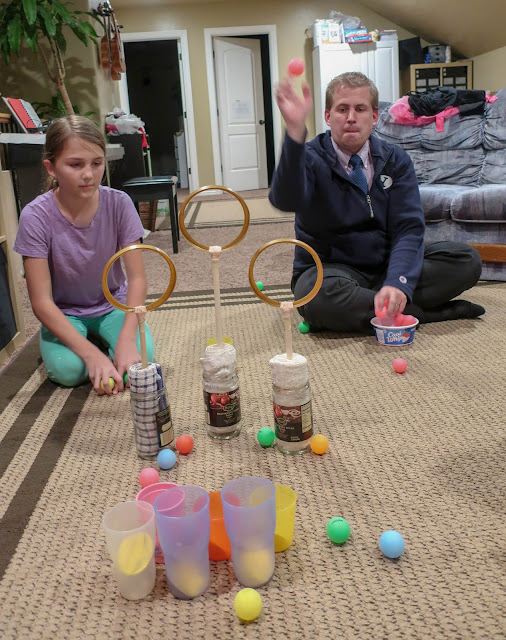 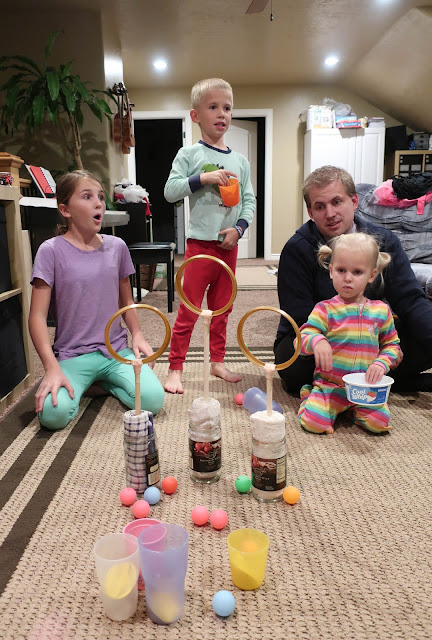 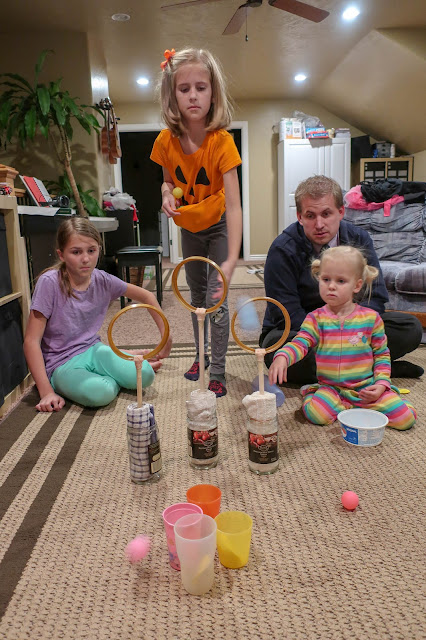