We've had Riley over the past couple of days and he'll be over tomorrow as well. He and Zoë have actually been getting along fairly well. At any rate they're much better at getting along than they were a year ago (and they're much better at following the rules in the basement when they're left alone together (they've only flooded the bathroom sink or torn apart Grandma's craft room or gone wild in the Lego area occasionally)). They constantly fight about ownership, but are two peas in a pod: 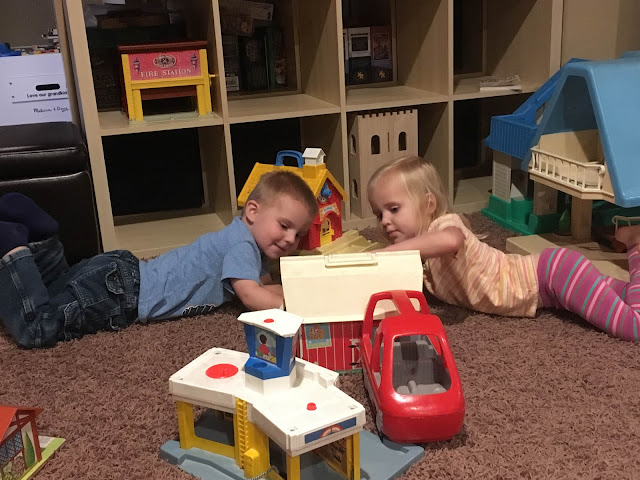 Rachel helped me take all the kids over to the church parking lot to ride bikes/scooters. It was rather chilly and lightly drizzling but they kids seemed to have fun. I put real shoes on Alexander for the first time (more to keep his socks on than anything because he's not walking yet). He was pretty cute in them: 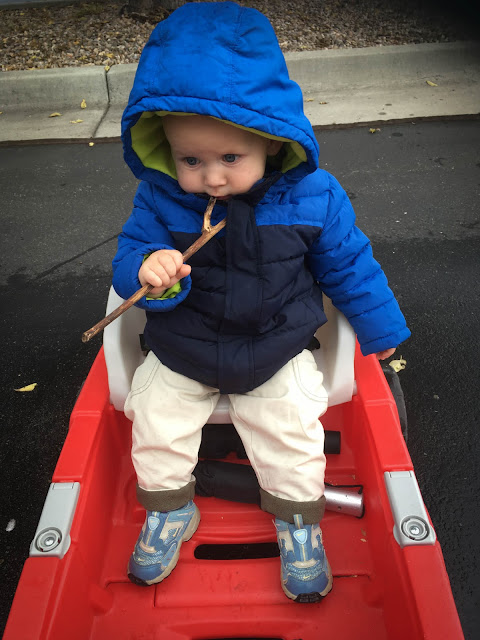