No time for losers

This evening the kids and I went to Rachel's award ceremony for soccer. Her team (aptly named Team Burn*) won the championship title with 7 wins, 2 loses, and 1 tie (the championship game).

Here they are in their championship t-shirts:

Everyone got cookies at the end and there was a raffle in the beginning. Rachel's team had their moment of glory and that was exciting but otherwise the event was a complete snooze-fest (so boring (no offense, Rachel (in fact, I was glad I got to come see you get awarded since every single one of your games overlapped with Benjamin's so I farmed you off on Tayah's family))).

I don't mind dressing for the weather, except we really don't have fabulous outdoor play clothes here. I need a full-body outside playsuit for Alexander, who refuses to walk. Whenever he plays in the grass lately his pants are drenched within minutes. It's been so very wet lately, which is good for putting out fires but not so good for crawling around in (because when you get wet you also get cold).

It's suddenly feeling very fall-like outside; there's a definite nip in the air. I'm afraid we missed the beautiful early fall leave-your-windows-open weather (now it's a little too cold to do that). You can see, in the distance behind Alexander, that the mountains have been dusted with snow... 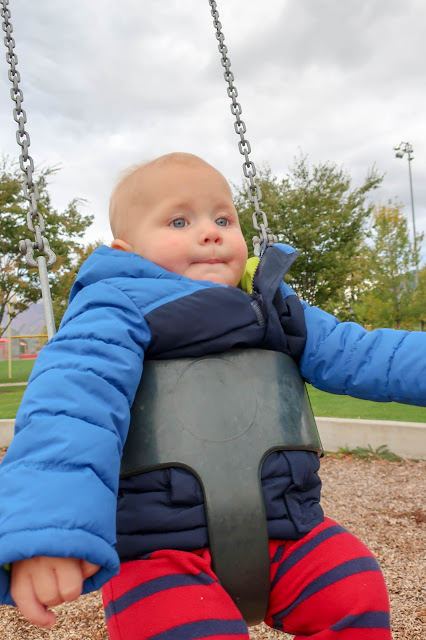 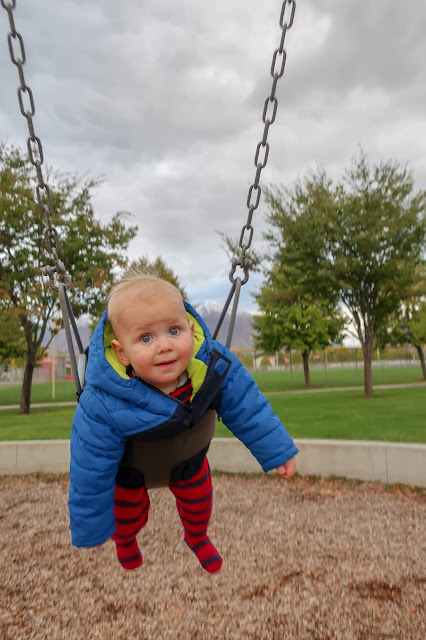 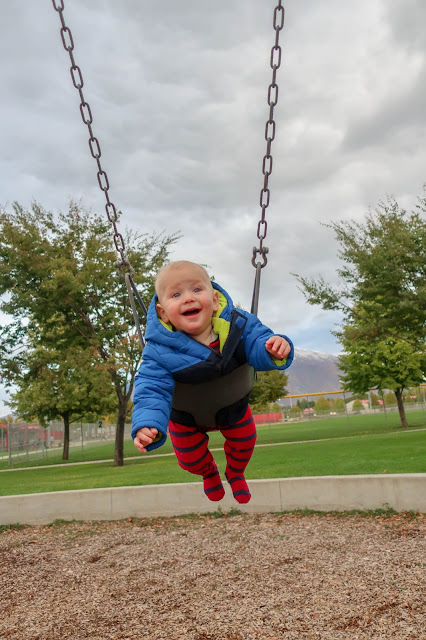 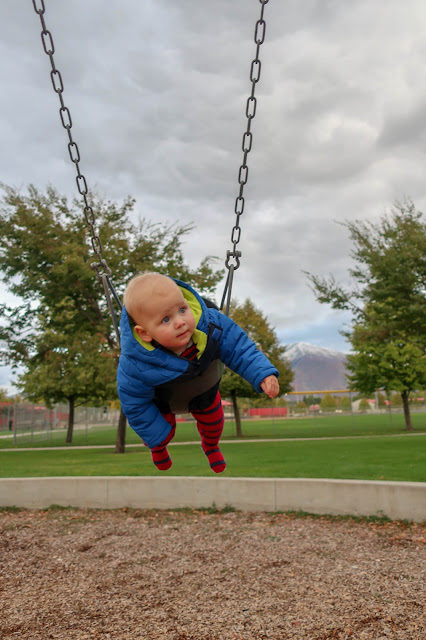 All things must come to an end, however, but we weren't terribly disappointed when this thing came to its end! We were more than happy to head home to dinner, but first we had to swing by the drinking fountain. Some of us were more excited about that than others...

* We were battling fire/smoke all season!
Posted by Nancy at 3:52 AM