Last week we also spent a day at BYU!

Rachel won her school science fair project and then won the district science fair again, so she got to compete at the regional level! I had to teach preschool that morning (I only have to teach one more time!) so she rode into campus with her friend Kenzie (whose dad also works at BYU but he doesn't have an early morning class on Wednesdays so he was able to take the girls in when they needed to be there and not hours before). Alexander, Zoë and I went to pick her up.

My mom met us at the MOA and we walked up to the Harmon building together so that we could find her. She was stuck in some raffle meeting (Zoë was super excited Cosmo was there): 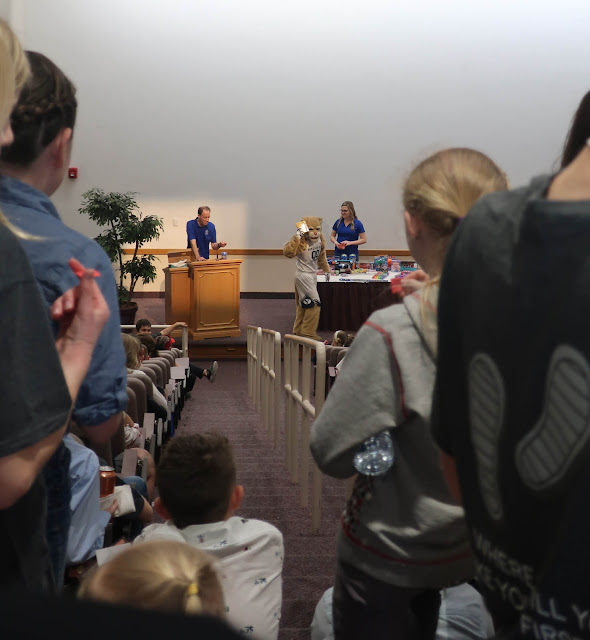 My mom had to leave before seeing Rachel, but Rachel says that she saw us from the audience and waved (though we didn't catch her wave).


Here she is with her project: 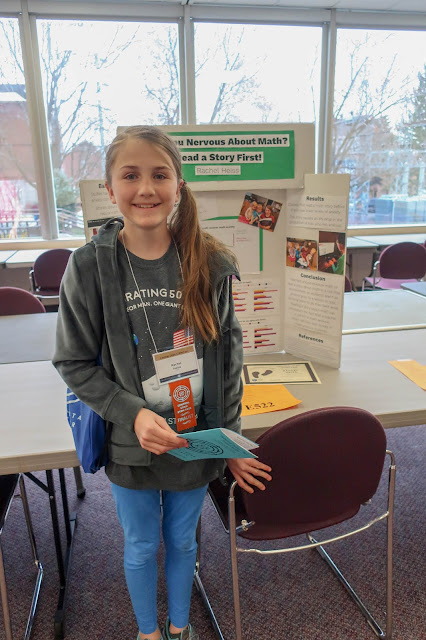 She didn't end up winning (though was very excited for Kenzie, who got third place in her category), but was happy to have had the opportunity to present (again) and to hang out with science-minded people and to get free pizza and a t-shirt.

Oh, she was rather excited about her participation certificate as well. It had her name on it, her project name, and some comments from the judges—very personalized.

The certificate she got at the district science fair was blank!

Which...is fine, I guess...it just made us laugh because it was absolutely not personalized at all.

As we were walking back down to our car we passed The Creamery and figured we may as well stop by for some ice cream since we were there: 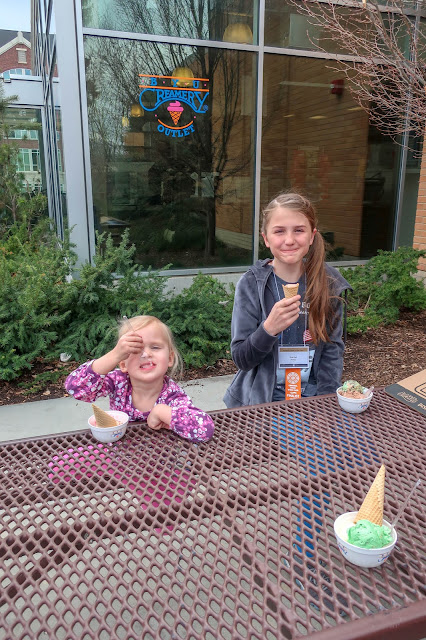 And then we passed by the Bean Museum and figured, once again, that since we were there, we may as well have some fun together. Here's Rachel helping the little ones at the indoor playground: 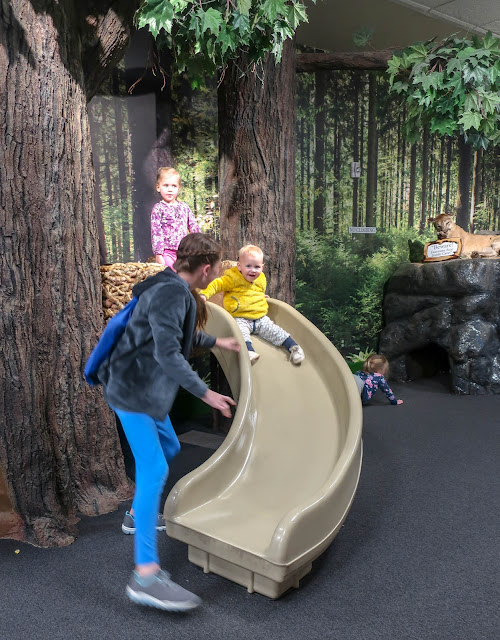 Here are the kids in front of the new evolution exhibit: 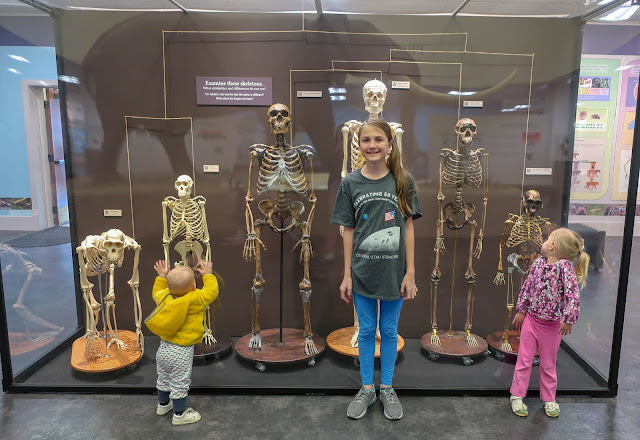 Alexander was very impressed by all the animals that he saw: 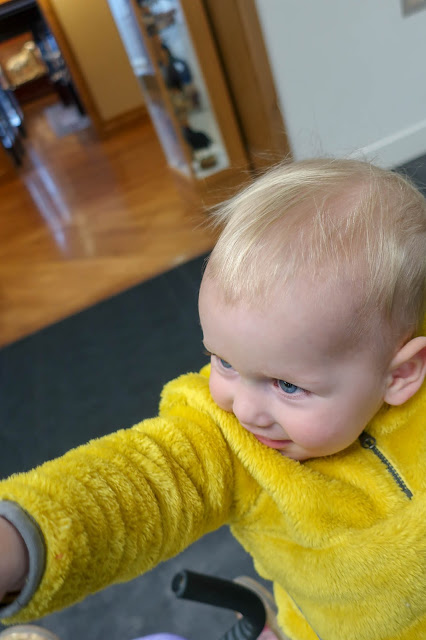 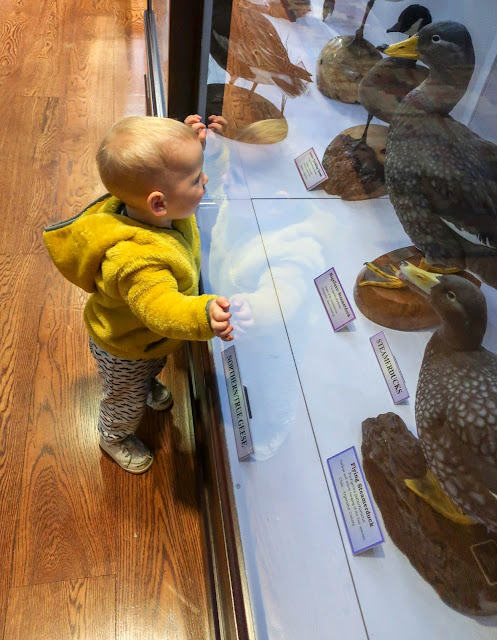 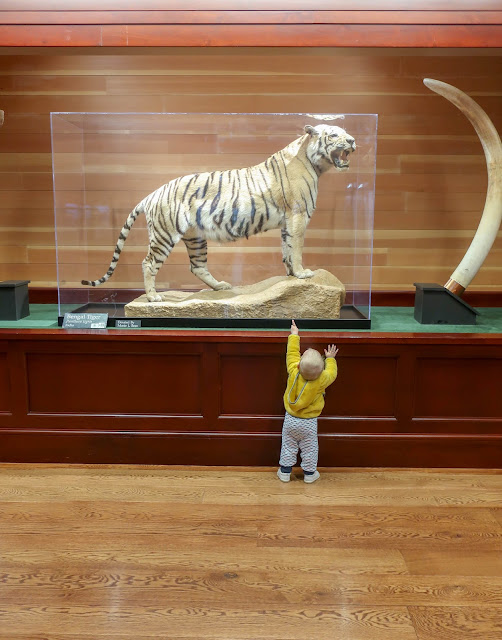 And Rachel was so helpful and sweet with Zoë and Alexander: 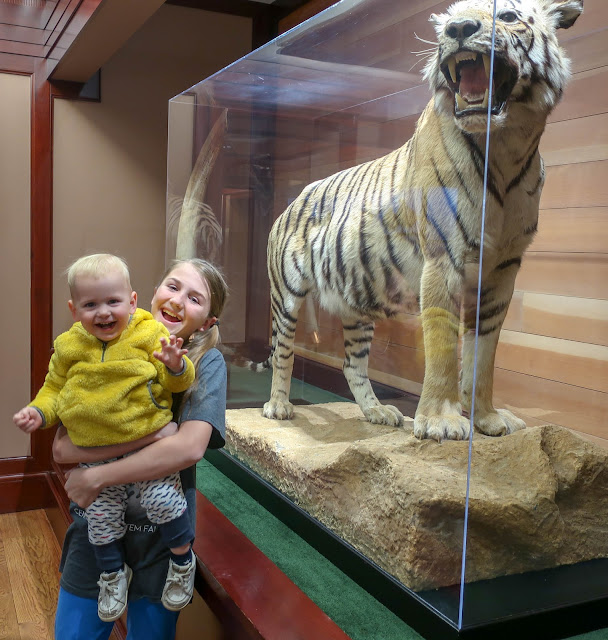 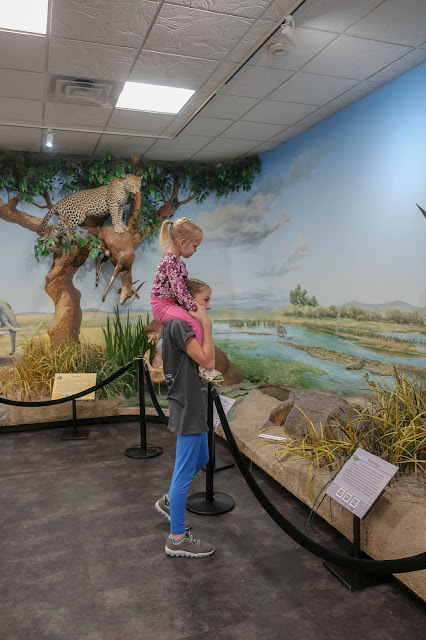 It was a lovely outing—and kind of fun to spend something somewhat like one-on-one time with Rachel. We really ought to start doing more one-on-one things with our kids, a hard thing to accomplish when there's five of them...but they're all pretty cool in their own way and it would be nice to get to know them better as individuals rather than always seeing them as a herd.

We're proud of Rachel for winning and winning and also for losing. She worked hard, learned a lot, did her best, and was a good sport.
Posted by Nancy at 2:05 AM