Miriam came home from school absolutely crushed due to some friend problems at school (which are now "fixed" because her friend said she was only "joking" and I honestly don't understand how some people can be so cruel, but Miriam is a very forgiving person and is willing to go back to how things were, which I might take issue with (forgive, yes, but have an honest dialogue about how incredibly hurtful the behaviour was) but we're moving in a few weeks so I don't have to worry about this behaviour turning into an abusive pattern in their friendship).

So Benjamin asks, "Why don't you just be popular?"

Calling on her knowledge of internet memes, our Meme retorted, "It's not that easy, Ben! One does not simply be popular." 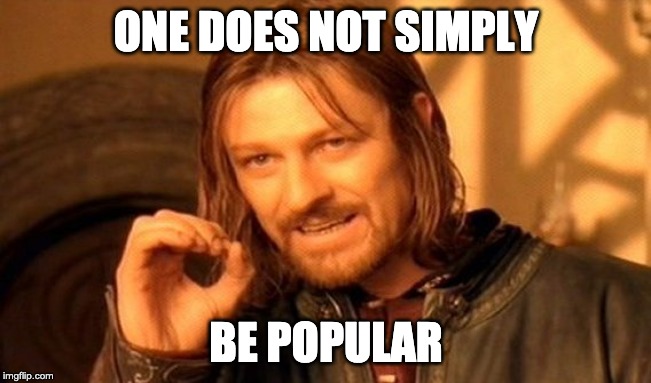 "It's pretty easy for me," Benjamin said. "I'm the most popular kid in my class!"

"You are not," Miriam sniffed.

"I am!" he insisted. "I'm the most popular for being off-task by reading when I should be listening."

By this measure, Benjamin is rather popular in our house as well...