Putting Miriam in a box

Every month Miriam has a family project due at school, which I sometimes love and sometimes don't. I rather enjoyed helping her make a timeline of her life, for example. But designing a cereal box for a book report was...meh. This month she had to decorate a shoebox about herself and it was pretty fun to work on together (though not as fun as her timeline, in my opinion).

Here she is with her finished project: 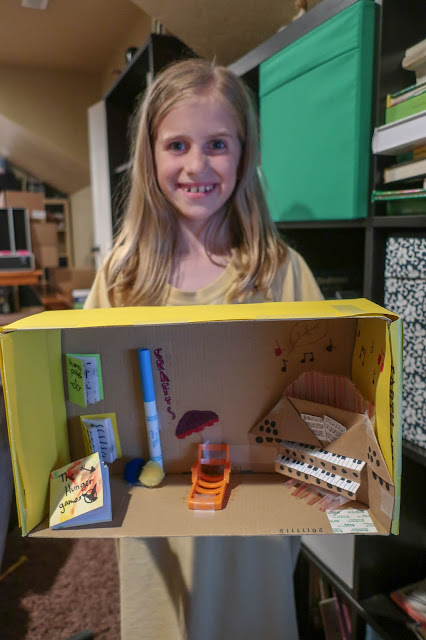 The first thing she stuck in there were some craft supplies because she enjoys doing crafts. Then she stuck in the beach chair because she's rather excited about moving back to a coastal state (I don't blame her because I also love the ocean). She wanted to include an organ in her project so I thought about making one but it seemed too difficult of a task (have you met an organ lately—they're complex) so we decided to print one out.

Unfortunately, a freak blackout killed our home router, which threw our printer offline and out of whack and we only just got it back up and running. In fact, Rachel brought me the picture of the organ I tried printing days ago just as Miriam was putting the finishing touches on the origami organ we put together: 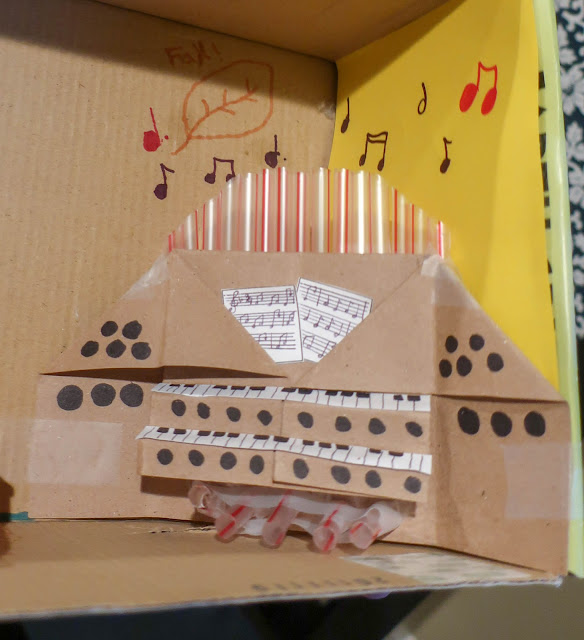 It's a simple origami piano, but with two manuals, some added pipes and pedals, and plenty of stops. She was pretty happy with how it turned out.

Then we needed something for the other corner of her box so she decided on books: Harry Potter, Percy Jackson, and The Hunger Games (some of her favourite series): 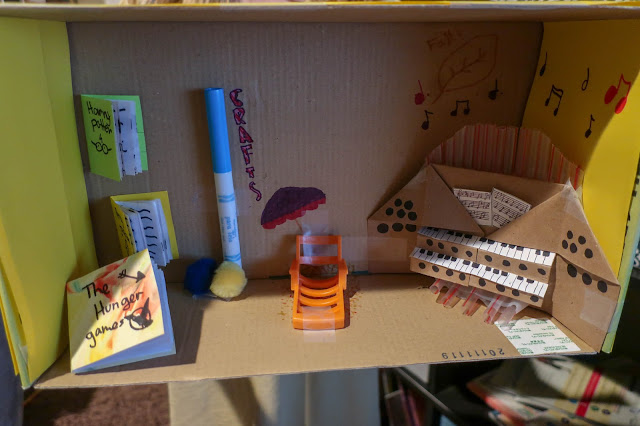