Andrew came home from church after sacrament meeting since Alexander wasn't well enough to go to nursery (no symptoms other than the fact that he's running a fever—of 104°F, so, a pretty obvious fever) so while the rest of us were in Sunday School discussing Easter, Andrew was at home taking care of baby, doing dinner prep, and hiding Easter eggs in the backyard.

I was hoping for a beautiful spring day for our Easter dinner so that we could eat outside and play yard games, but instead we were due for a big rainstorm. We quickly had our Easter egg hunt before the deluge, and then we tried to round the kids up to take a pretty Easter picture.

But the baby was dressed down to his diaper (because Andrew gave him a banana for a snack) and the kids' mouths were all full of candy and they were much more interested in checking out their eggs than they were smiling at the camera, and Zoë had had a chocolate cupcake in Sunbeams and we forgot to wash off her mouth before taking pictures. But I still think they're beautiful people because they're my people.

Here are our attempts at a cute Easter picture: 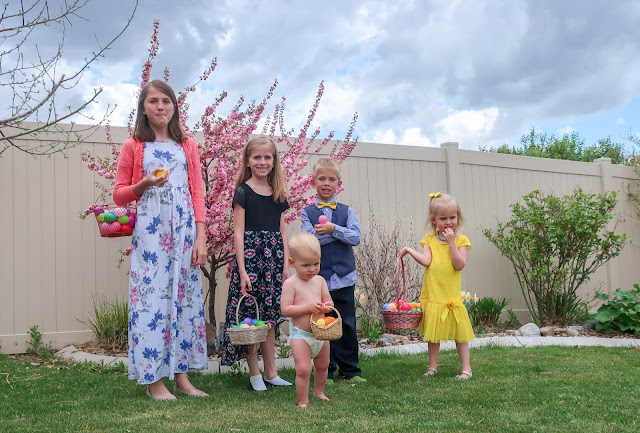 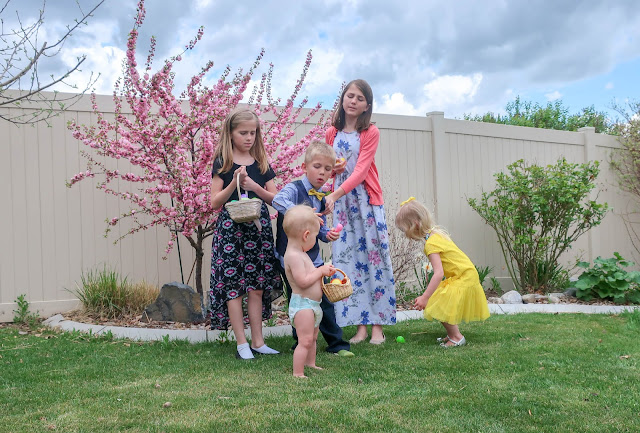 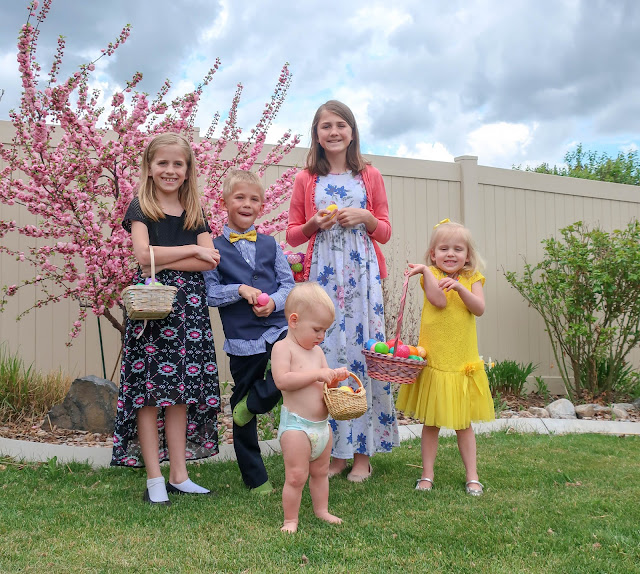 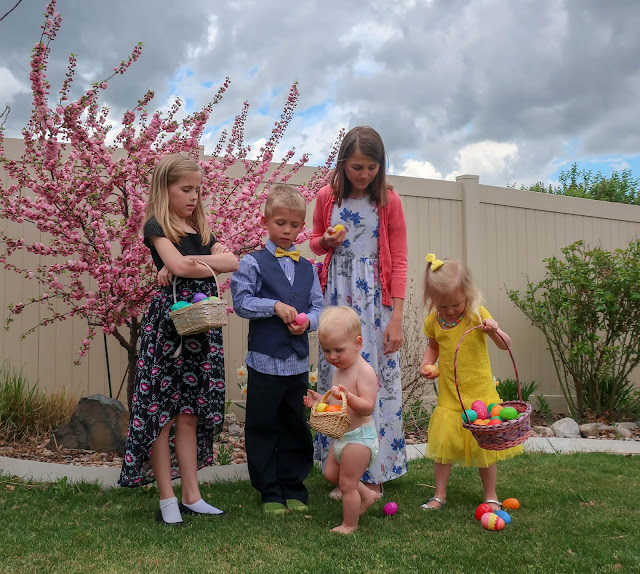 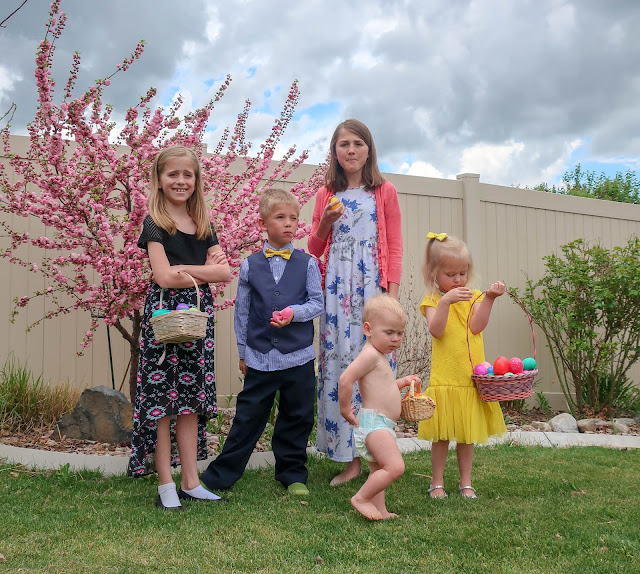 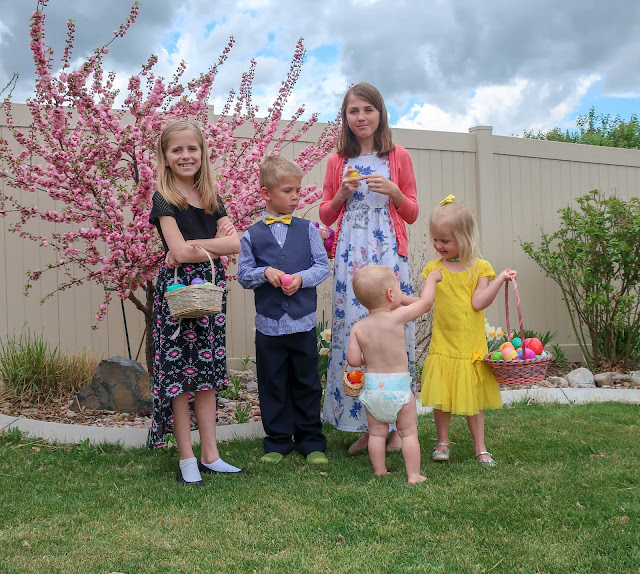 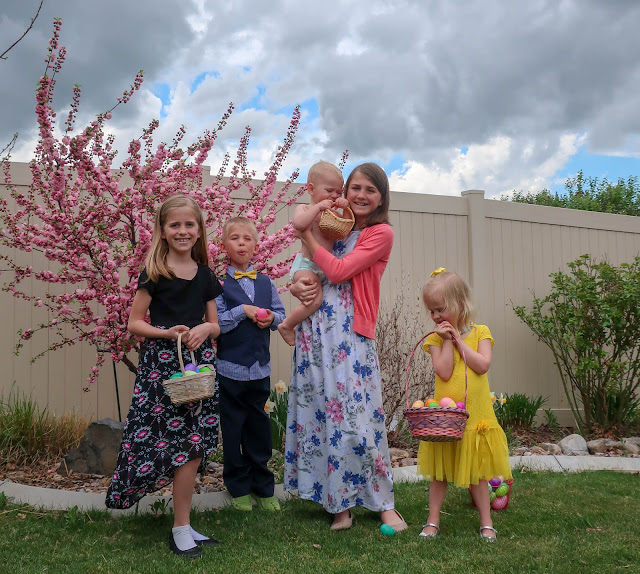 And here's one after I hopped into the frame: 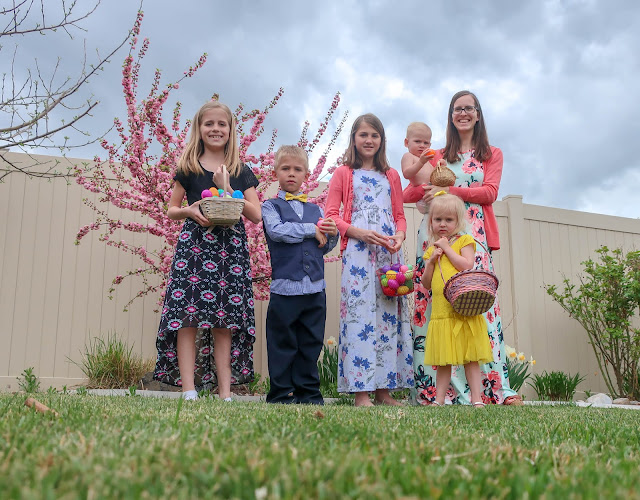 And here's the one shot we got of our entire family before the children effected mutiny: 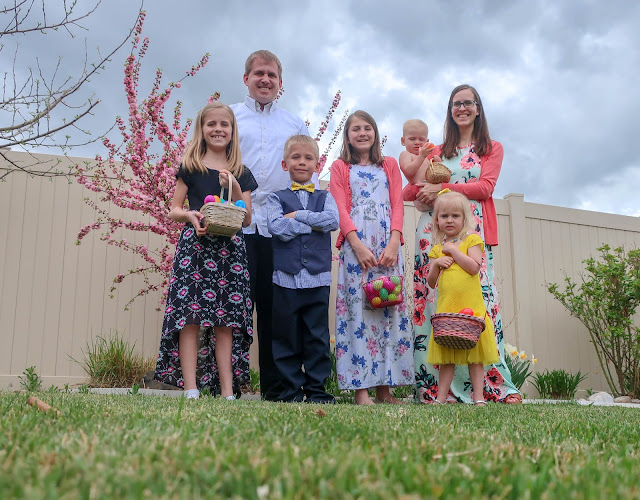