We were supposed to have a friend come over to spend Christmas Eve with us (a widow in our ward) but when I called her to confirm she answered the phone in a raspy voice and sounded so sick and, frankly, senile, that I was rather worried about her.

Instead of picking up the phone with any regular sort of salutation, Sister Ann croaked out, "Brigham Young is dead!"

"Ah, yes. I can explain that," I said, feeling very relieved she still had her wits about her. "Our phone contract is still through Brigham Young University. I didn't realize it would come through on your caller ID like that, but rest assured it's just me, not Brigham Young. I'm just calling to ask about dinner tomorrow..."

The rest of our conversation went on to talk about Christmas Eve plans and then to break those plans because she was too sick to be around anybody. So instead we brought some dinner to her—bean and bacon soup (at her request). We'd never made that kind of soup before, but between Andrew and I we managed to make such a tasty soup that we finished the entire pot—not a drop left over! Andrew and Rachel also made biscuits (or was it Andrew and Miriam?). Of course, we didn't get to eat with Ann, but at least she got a warm homemade meal. I need to check on her again and make sure she's feeling better. Anyway...

We spent Christmas Eve alone. Together, but alone. We did all sorts of Christmas Eve things: we went to the park and played (without sweaters; it was so warm), Alexander and I took a little nap while the kids played, we played some games, we acted out the nativity... 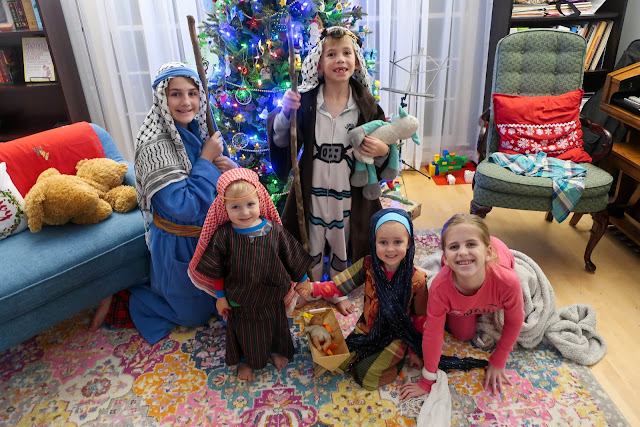 We actually did that twice because the first time the kids got so rambunctious and silly that we really weren't giving the story the respect it deserved and I made them start over again (because I am, as Rachel would say, a meanie-panini). The second time went a lot smoother (in my meanie-panini opinion). 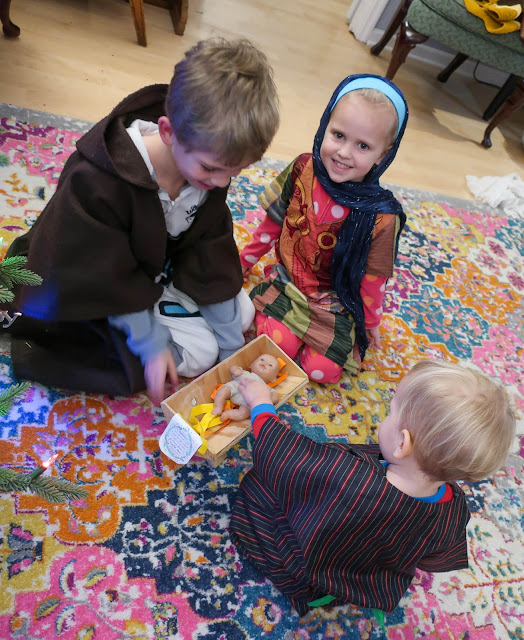 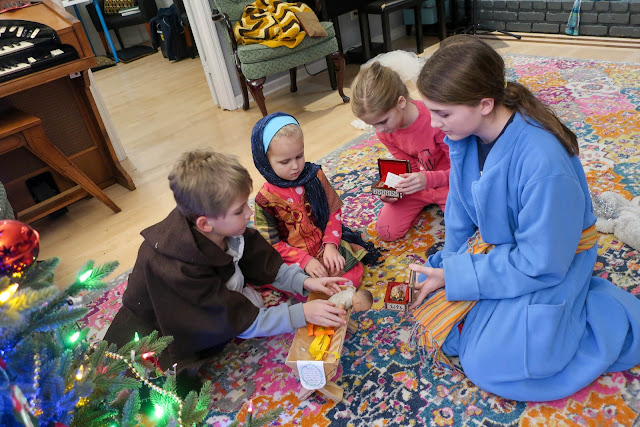 Then we put out our stockings, taking them down from the fireplace in the movie room... 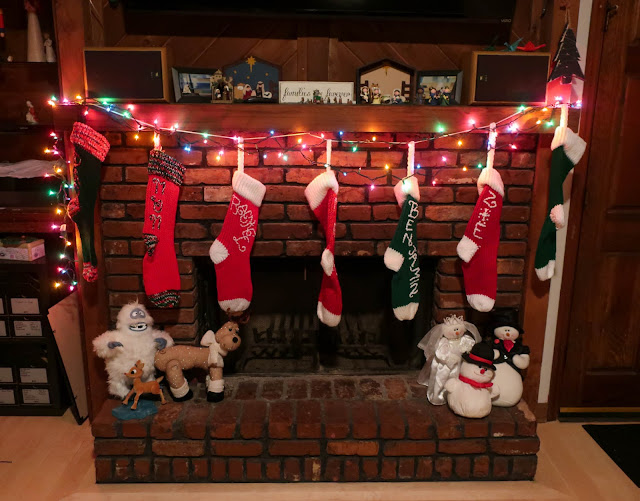 And picking out spots for them in the music room (which also has a fireplace). Here's Benjamin's spot; he was pretty happy about it: 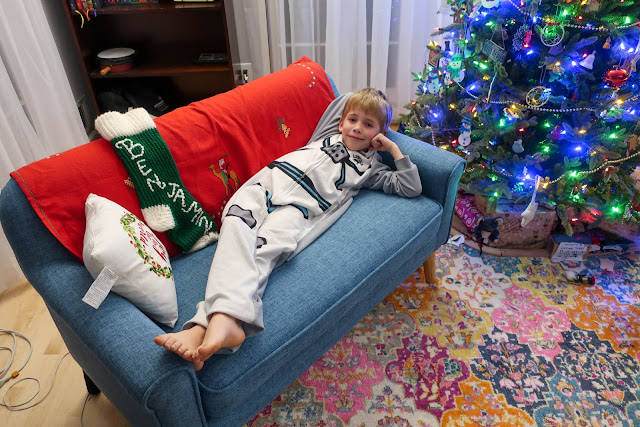 Here's Alexander with his buddy-of-the-day, Miriam: 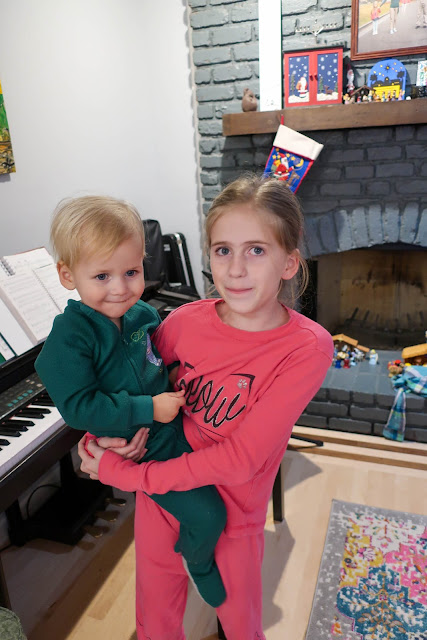 And here are Zoë and Alexander putting out some cookies and carrots for Santa and his reindeer: 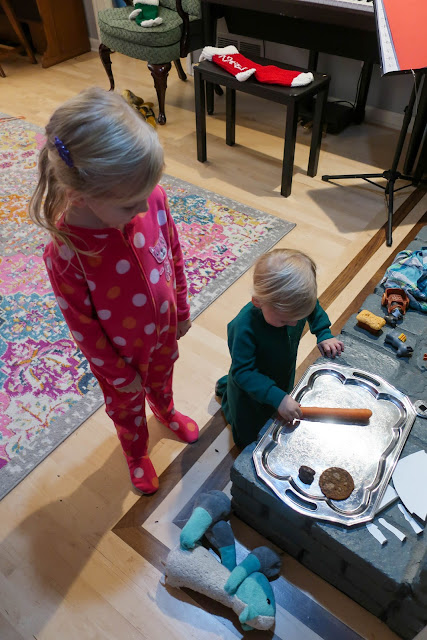 The four biggest kids had a sleepover down in Rachel and Miriam's room. Benjamin and Zoë went to bed first and they were happy to do so because Rachel and Miriam had strung Christmas lights along their ceiling and the littler kids have been waiting for this sleep-over moment the entire month long. The older girls watched It's a Wonderful Life with us before going to bed.

So that was pretty much our Christmas Eve.

Oh, and Andrew made latkes and stew for dinner (which reminds me that we need to talk to the kids about Hanukah and play the driedel game because we're super behind on alerting them to the fact that it's Hanukah) and they were delicious.

And that was pretty much our Christmas Eve.
Posted by Nancy at 1:12 AM