We've been learning about fungus (among other things) in our classification unit in science and today's science experiment was that one where you use yeast to inflate a balloon. Only I didn't have a balloon because even though  the creator of our textbook so kindly compiled a list of supplies we'd need for each upcoming experiment, I don't often remember to look at that list and find myself scrambling at the last minute. So instead of having our yeast inflate a balloon, we just covered glass jars with saran wrap and got basically the same results.

The kids enjoyed watching the yeast activate (even without a dramatic balloon climax) and our saran wrap did inflate a bit (though it looks wonky in the picture from so many fingers poking it). 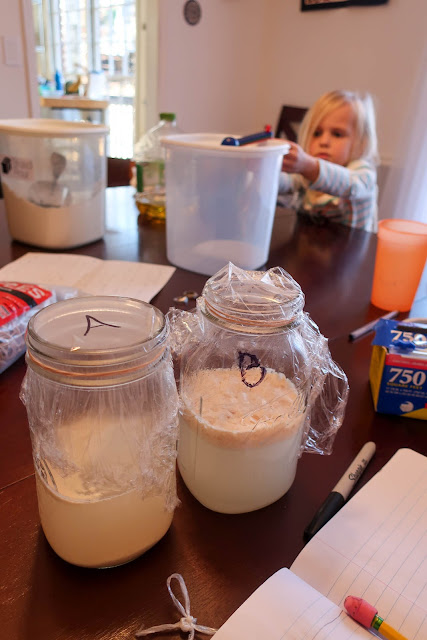 When Miriam was taking her notes she dubbed jar B "Jar Jar B(inx)" and concluded that yeast (and fungus in general) is heterotrophic because it needs food to grow. A true conclusion. 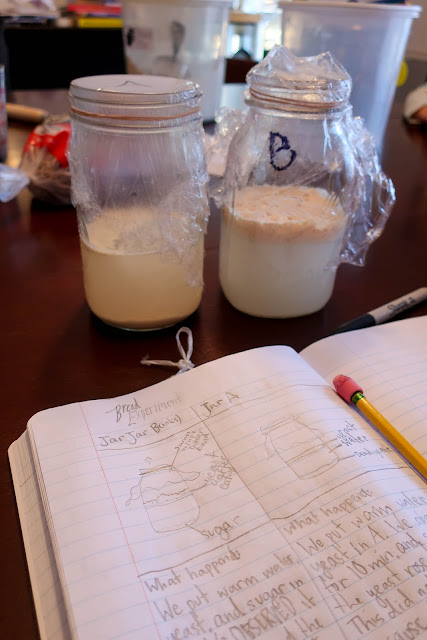 And then because we basically had all the supplies out, we made some bread for dinner. Here's Benjamin taking a turn kneading the bread: 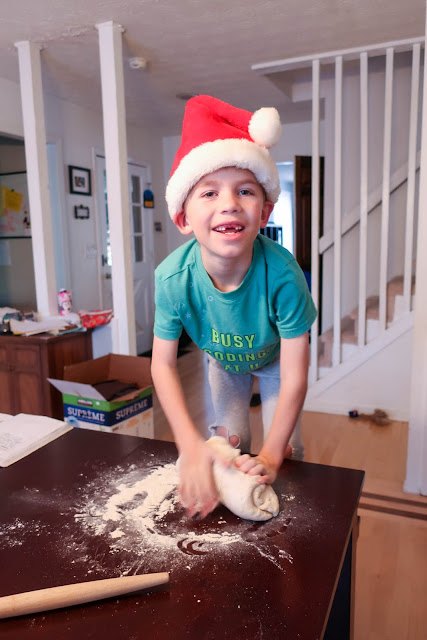 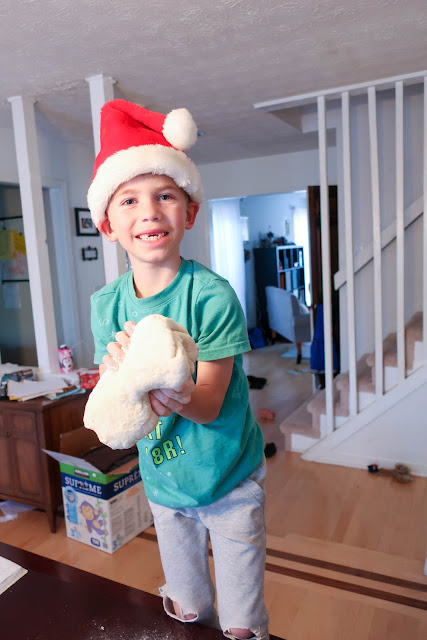 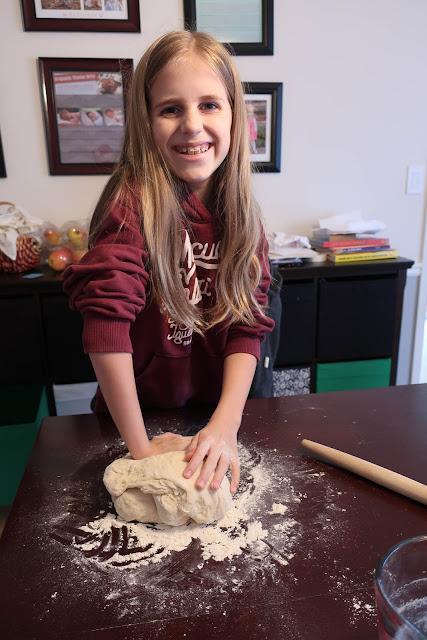 Zoë had left by this point because Alexander was having a meltdown (he needed a nap; even though he's largely stopped taking naps he's been sick this week and has desperately needed nap time each afternoon (and I'm not going to fight that)), which she (rightly) claimed was giving her a headache. But I couldn't really stop making bread long enough to put him down for a nap, which meant he had to wait. And he was not feeling patient.

But we eventually got the bread proofing and the baby down for a nap and roughly four hours after we started we ended up with two beautiful loaves of bread, made nice and fluffy by our friendly neighbourhood fungus (though I suppose technically our friendly neighbourhood fungus would be a good sour dough starter (a project Miriam intends on tackling soon) so this was really made fluffy by commercially cultured yeast, which is still a fungus—so science)). 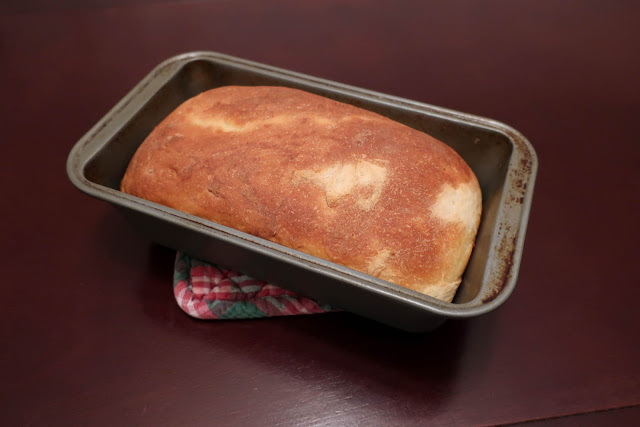 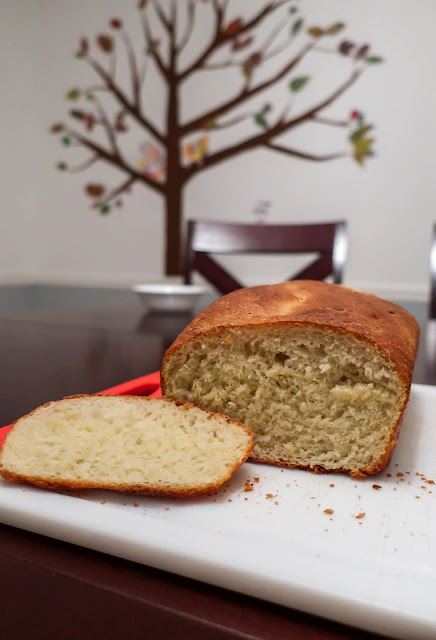 We paired it with tomato soup. A lovely meal for a chilly (but not too chilly; y'all know where we live) day.
Posted by Nancy at 7:05 PM