Benjamin has been wanting to dress up as a knight the last few weeks. He's be hoarding cardboard and making armour with it and has decided he wants to be knight for Halloween (whatever Halloween might entail this year). Someone posted this crocheted knight hat as a joke on Facebook, saying that it would make a good COVID mask and I thought to myself, "Benjamin would love that!" So I made him one. 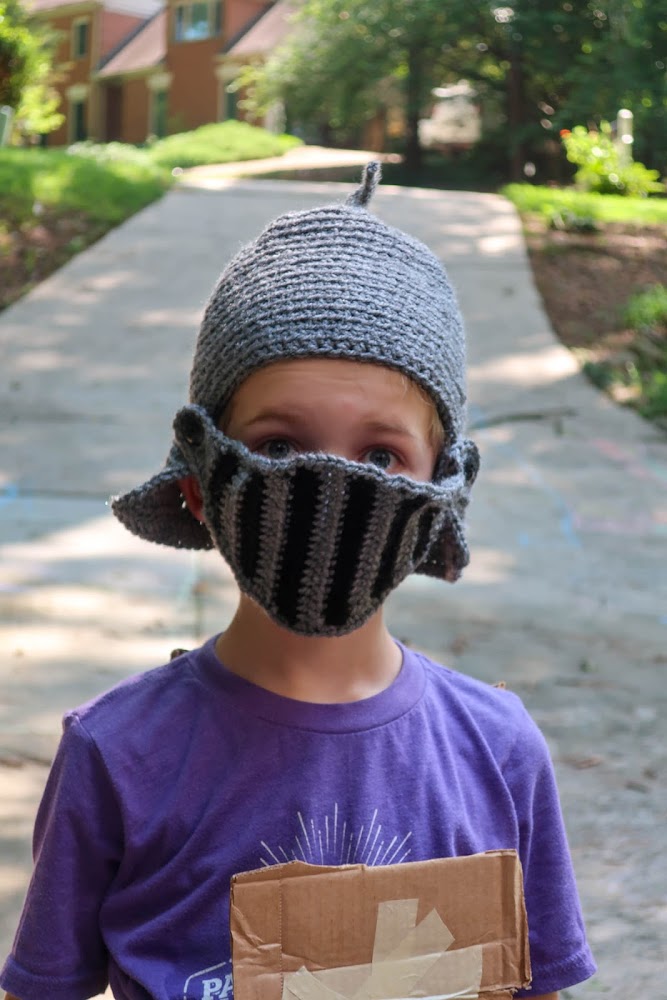 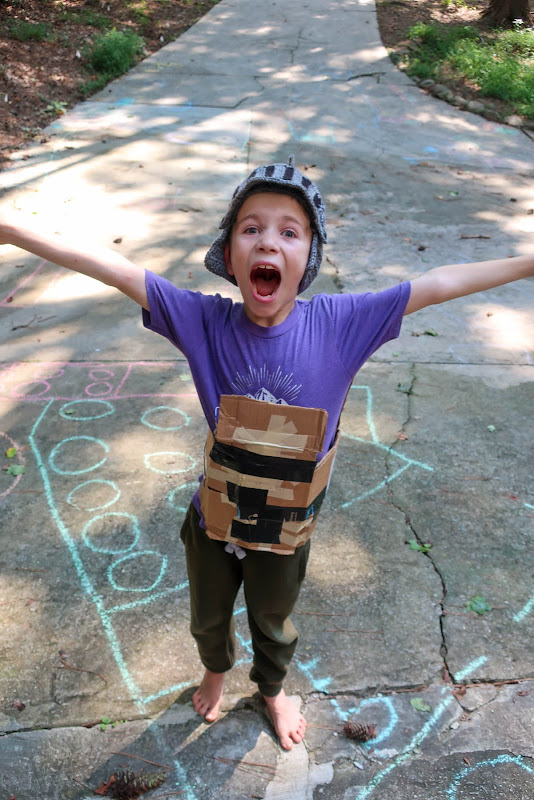 I'm not quite sure I have the face shield attached correctly, but I can fix that later. He's also requested that I redo the fin on his helmet. He wants a big, red bushy one "like a Roman soldier." The one I made wasn't flashy enough, apparently (I should have consulted him before I finished it, I guess). 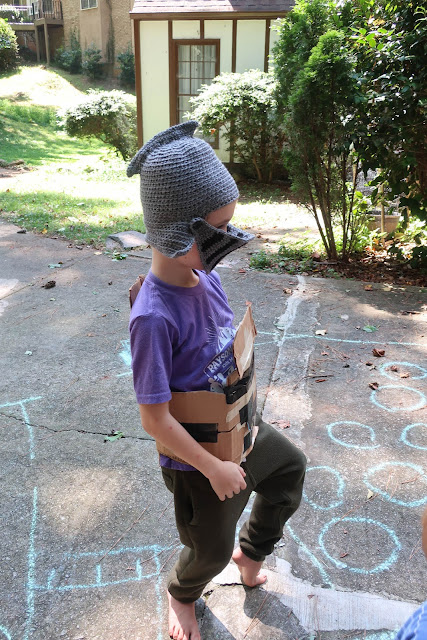 We'll see if I get around to it. My first semester of graduate school is looming ever closer...so he might just have to live with it or learn to crochet himself!