"Help! Help! Alexander's shorts are caught on his bike!" Zoë came yelping down the driveway.

I was just buckling Phoebe into her stroller so we could go for a walk. Zoë and Alexander were riding their bikes around while they were waiting for everyone else to get ready to leave.

Knowing that Alexander was on his balance bike (he's working on figuring out his pedal bike but is still much faster on his balance bike, so he takes that when we go for walks), I wasn't sure how his shorts could get stuck anywhere. Yesterday Zoë had tried to ride her bike with too long of a skirt and that was perilously close to getting caught in her chain. But pedal bikes don't have a chain or gears or anything. So how could Alexander's shorts get caught on his bike?!? 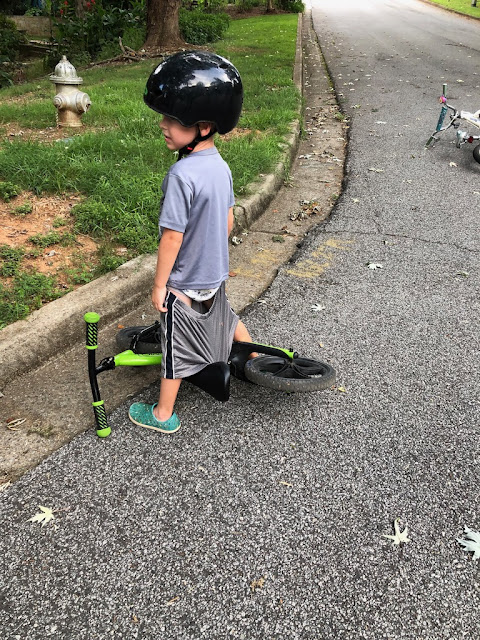 The bike seat had made its way up one leg of his shorts and out the other, so the whole seat post was stuck through the crotch of his pants! 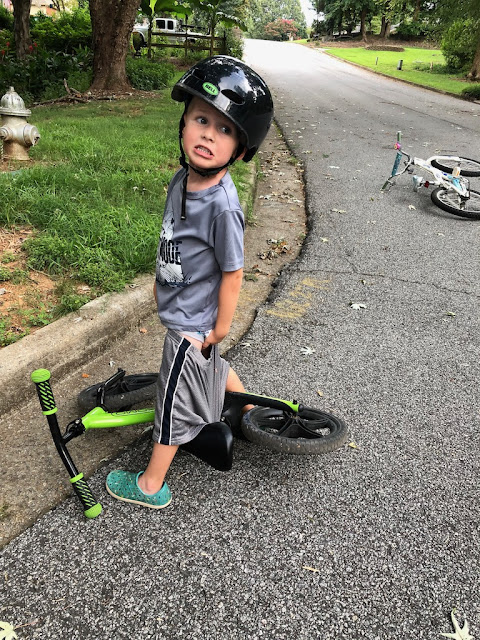 His shorts weren't caught on the bike! His bike was caught on his shorts!

"Ugh! Again!? This always happens to me!" Alexander moaned. 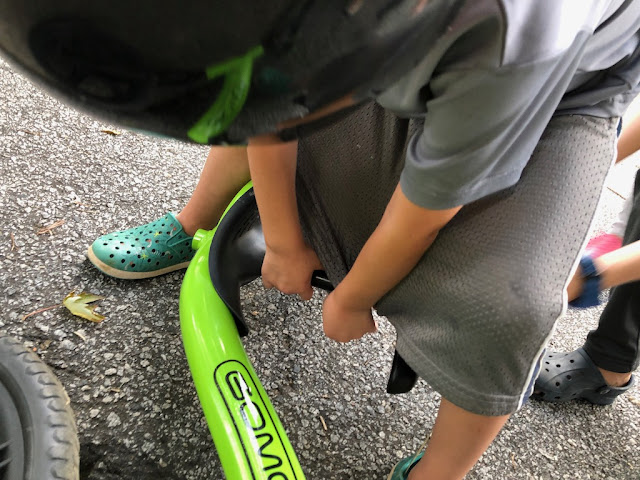 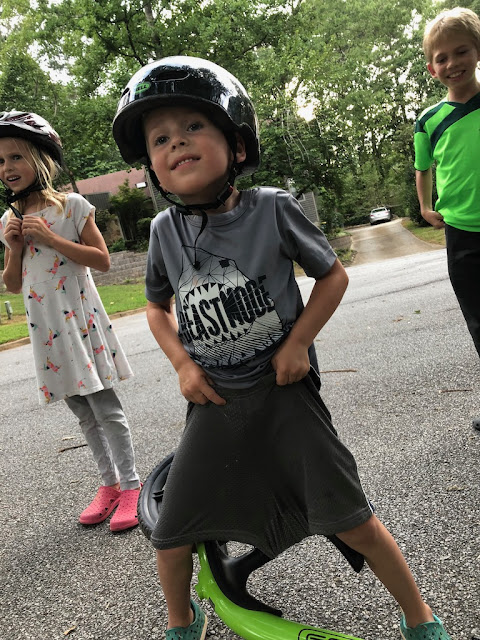 We eventually figured out how to get the bike out of his shorts... 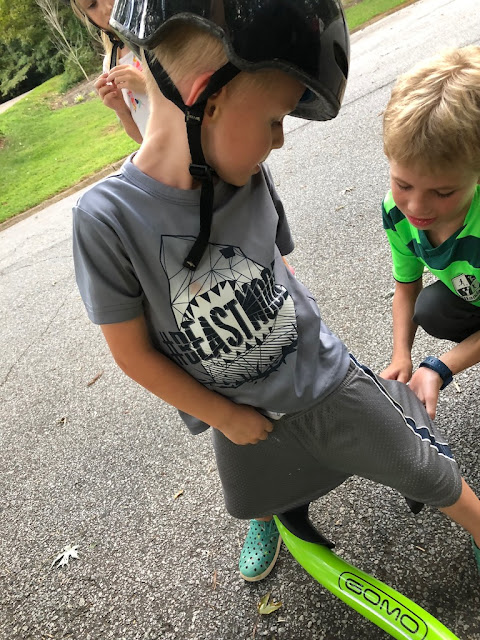 ...and he was on his way again.
When I told my mom she said it was like his clothes were out to get him: "First his underwear and now this!"
Oh, to be four years old!
Posted by Nancy at 10:25 PM