I was afraid it was going to storm yesterday so we went to the playground instead of the pool. And then—wouldn't you know it?!—it just took forever to storm! The clouds just grew bigger and bigger and bigger while we watched them. But it took a while for them to gather so we made the most of the clear day while we could. 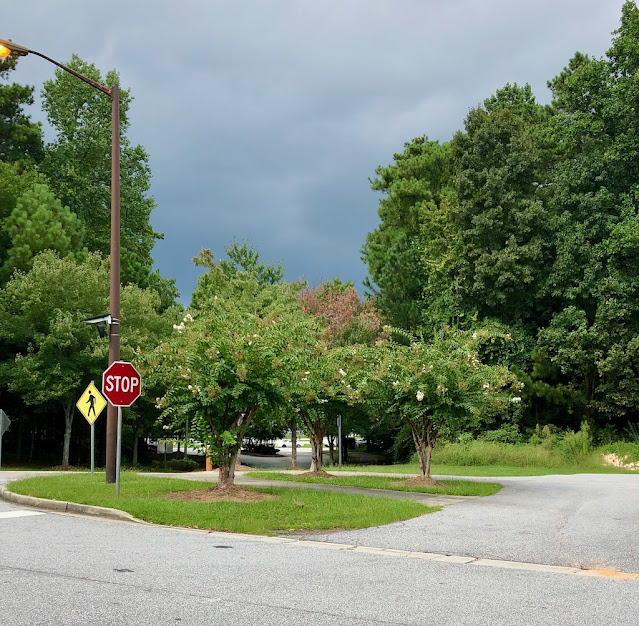 We got a lovely little walk in and the kids played at one playground while I read a paper and Miriam finished her biology work for the day. It was hot and we were all wishing for the pool by the time we left! 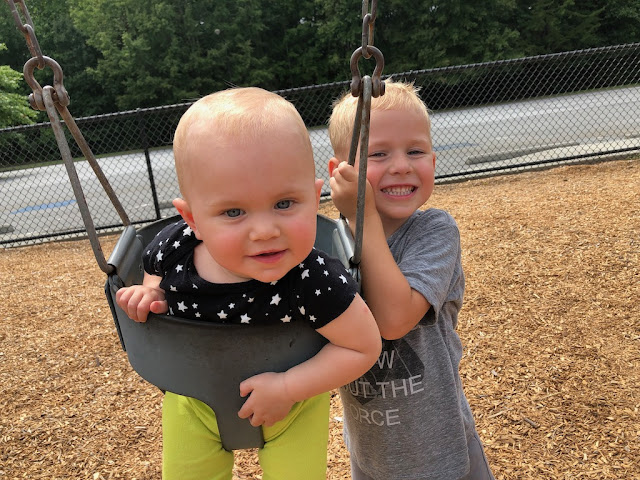 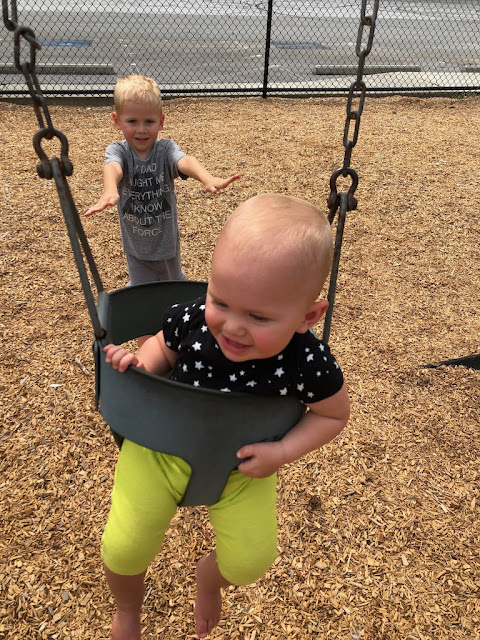 Miriam found a luna moth while she was walking around with Phoebe (while I was finishing my reading). It was very nearly dead, which isn't unusual when you find luna moths. They only live in their adult state for about a week, and although they have vestigial mouthparts, their sole purpose as an adult is to reproduce, so they don't eat anything and survive solely off the energy they stored as caterpillars.
This luna moth came home from us and now Zoë's bug collection includes Katy the katydid and Luna the luna moth. 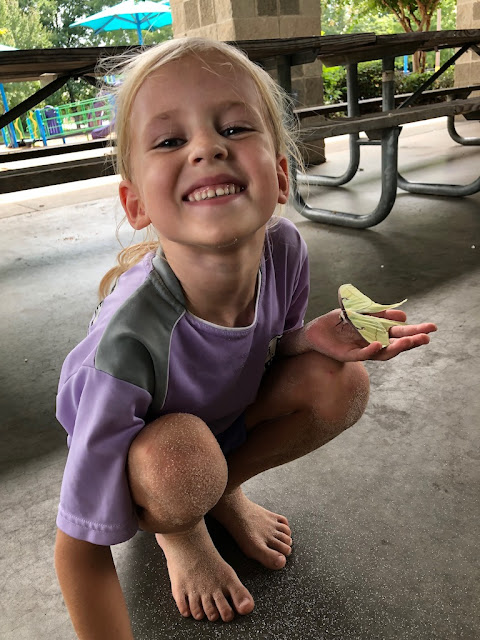 Here are the kids stomping around the sandbox, complaining that it's not the beach (the beach is way more fun, apparently...and, I mean...they're not...wrong...) 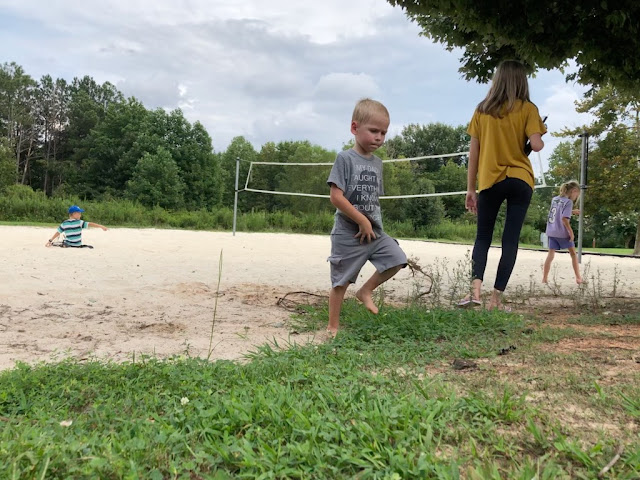 When we'd all had our fill of that part of the park, we headed back to the van and I got out Zoë and Alexander's bikes so they could practice riding. Alexander had taken his balance bike on our first walk, actually, and that worked out well because sometimes he's a slow walker, but he wanted an opportunity to practice on his pedal bike. He rode to the closest playground from where we parked and did an excellent job!
Then he practiced riding around and around. He's really getting quite good! 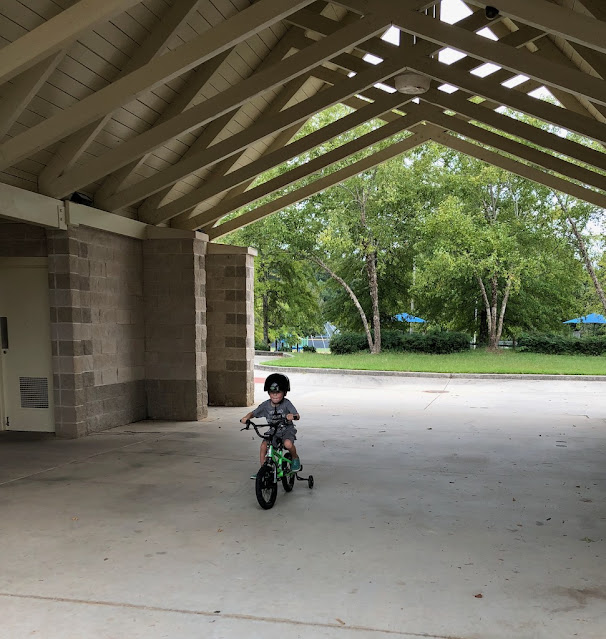 Here's a picture of Phoebe excitedly crawling across the sidewalk while watching Alexander: 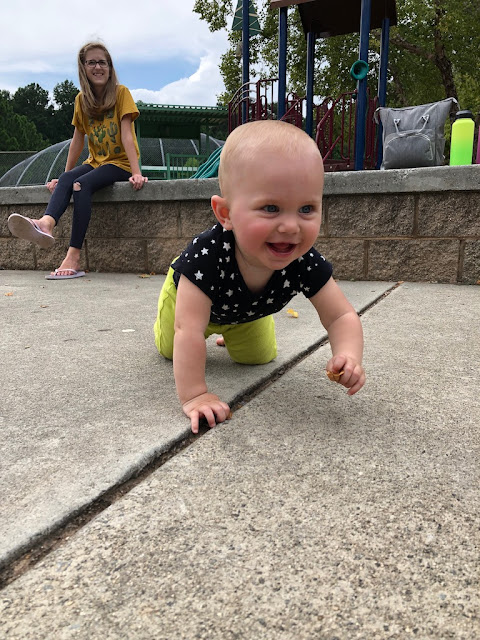 This poor girl has been teething hard lately, drooling up a storm, sleeping poorly, and feeling miserable.
Observe the drool... 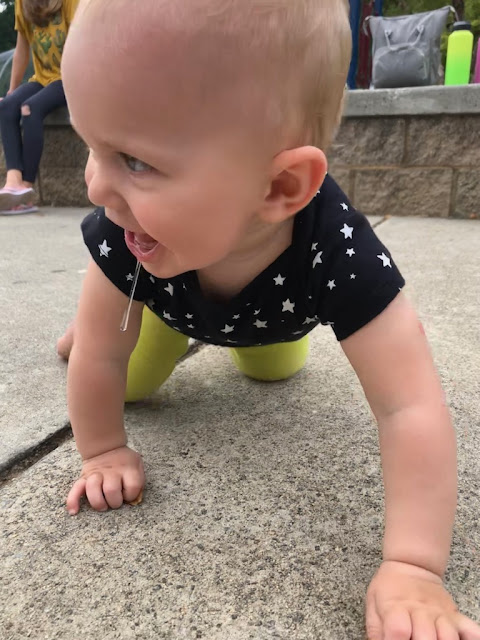 In spite of all the drooling and chewing and fussing, we were beginning to think that she wasn't ever going to get teeth and we'd just have to mash up her food until she left for college (at which point hopefully she'd be able to mash her own food).
But today, August 23, at 9 months and 10 days old, Phoebe's first little tooth finally, finally broke through her gums, followed soon after by a second one. I spent a good portion of the day checking for teeth and she spent an equally good portion of the day spitting out my finger and sticking her tongue out so that I couldn't see or feel her teeth, though obviously I managed to get a little sneak of a peek in, otherwise I wouldn't've noticed they were there.
While we were out walking after dinner, Andrew tipped the stroller backwards so she'd open her mouth. Ordinarily she opens her mouth and stuffs her hands in while she giggles about being upside down, but Andrew also held her hands down so she couldn't stuff them into her mouth, and I got a lovely picture of her new little treasures. 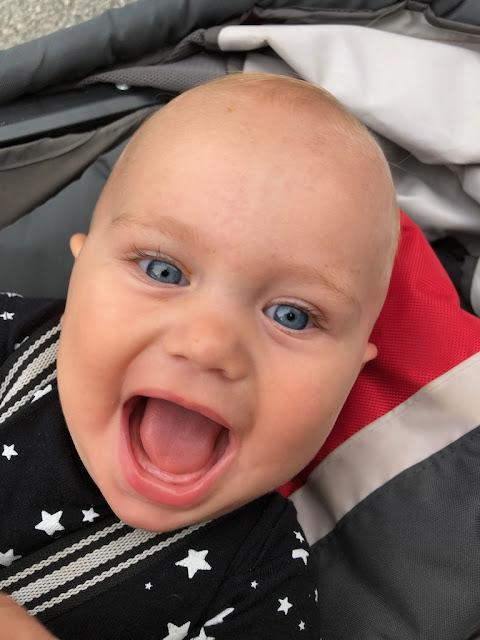 She doesn't know it yet, but she'll be using those teeth a lot! We're so glad she has them (like...at all...because we've been wondering).
And I realize she's in the same onesie as she wore yesterday. She had a different one on earlier today, but I took it off when I got her dressed for the pool. And then when we wanted to get her dressed again after dinner, Andrew asked where the outfit was that she'd had on today and...it was upstairs in the diaper bag, so he just said, "Never mind, there's a shirt here," and put it on her...because I guess when we got her into her jammies last night we left her outfit in the music room where it was nice and accessible (and mostly clean) for today.
Posted by Nancy at 11:08 PM