After hearing about Alexander's desire to walk across the bridge on Sunday/someday, Andrew decided that we should take a little family adventure this Sunday (or, as Benjamin Freudianly portmanteaued, "An exploriance!" (exploration + experience)).
Alexander was super excited about it (much more excited than he was about posing for this picture): 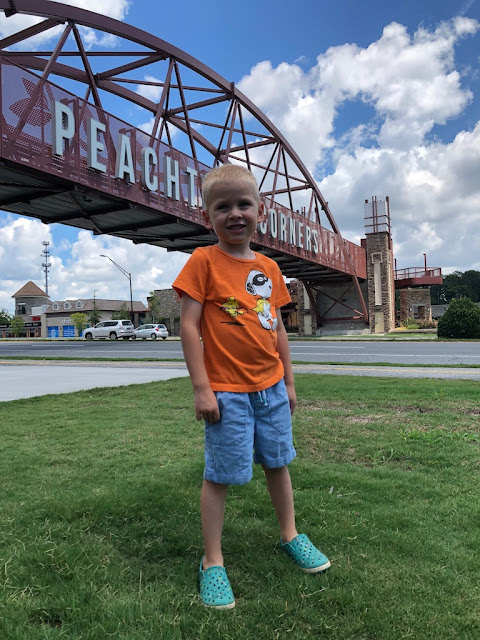 Here we all are (minus me, the picture-taker) posing in the middle of the bridge: 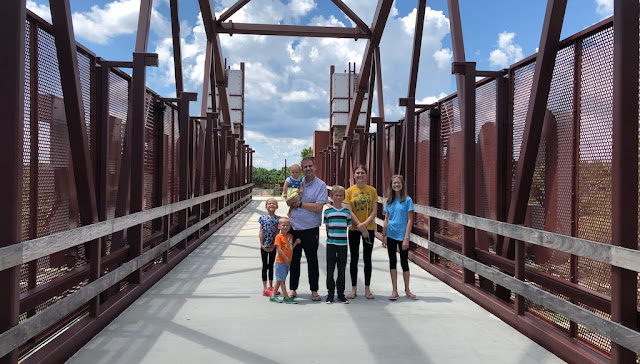 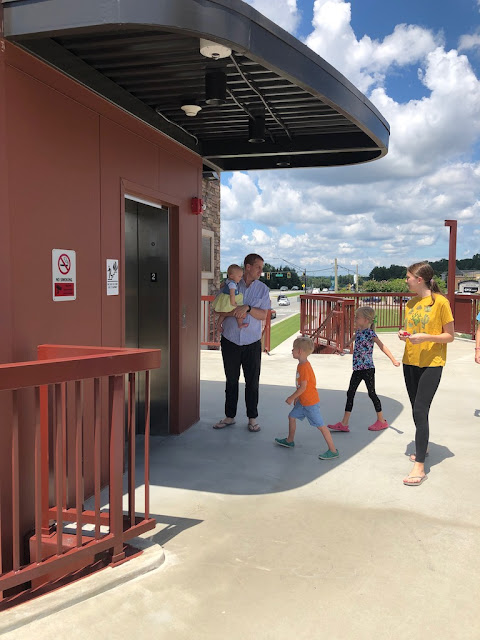 When we were on UGA campus on Friday and we all piled into an elevator, Rachel and Miriam (who still need to finish their essays about their trip to DC—hint, hint) brought up a memory of an elevator ride in DC, where Grandpa had ended up riding in the elevator alone, leaving the rest of the party stranded while they waited for the next elevator. It was a funny story.
"We used a lot of elevators in DC," one of the girls remarked.
"I counted them as a ride," Grandpa quipped, as if an elevator ride was equal to a go in a ferris wheel.
So in that spirit, we can affirm that an elevator ride is a feature of a family exploriance. The kids certainly enjoyed it!
At first Andrew announced he was only going to take Alexander in the elevator, as a special treat, but there were tears, so after Andrew and Alexander got back up in the elevator, Zoë (the crier) and Benjamin (the opportunist) got to go for a ride as well.
Here they are piling out of the elevator: 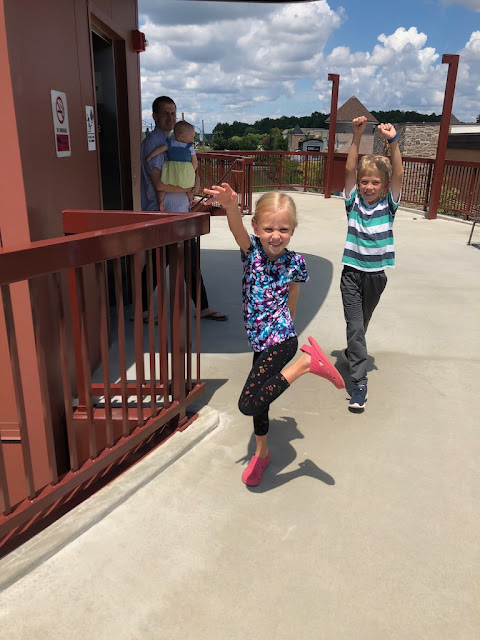 And here's Alexander looking through the railing, counting cars: 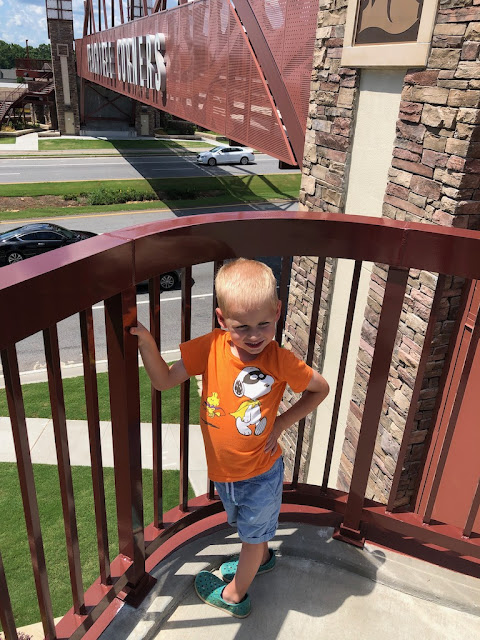 On the walk back to the van, Alexander said, "Mom, why didn't we just do this on the day we got our shots?"
You know—the day he really wanted to go across the bridge.
I didn't have a great answer, other than that we couldn't stop before getting shots because we were running late, and after didn't feel like a great time for an adventure because both Phoebe and Alexander were a little upset about their shots (and I had to get home to lead the kids through their homeschool day, et cetera, et cetera, et cetera).
But perhaps another time (you know—someday) we can stop at the bridge when we go to the doctor's office. 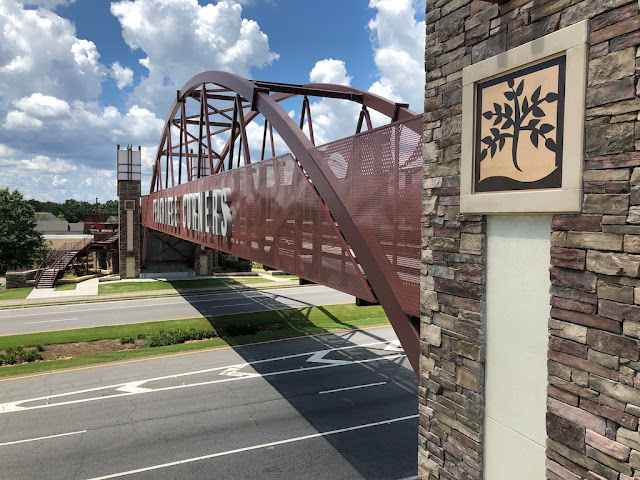 And, in keeping with Alexander's recent stream of misunderstanding, yesterday morning Benjamin observed, "It looks like Phoebe's started a new phase! Look at her, crawling around on her hands and knees!"
And that's true! She's crawling up on her hands and knees a lot more often these days. I took this video on July 26th, which shows Phoebe using both hands-and-knees and belly-scooting. At the time, she felt army crawling was more efficient, but only because it was her more practiced mode of transportation. We're seeing her up on her hands and knees more and more.
A little later in the morning I found Alexander really getting into Phoebe's face and I asked him what was going on (and reminded him that even babies need personal space).
He remarked, "I just dunno about Phoebe's face. Benjamin said it's new but it looks the same to me!"
I didn't correct that one so he'll have to puzzle about it until he encounters the word phase again (hopefully it won't faze him when he realizes there are so many homophones for face/phase/faze).
Here's a sweet picture of Phoebe in front of the education building on UGA's campus on Friday, just so you can see that her face is very much the same: 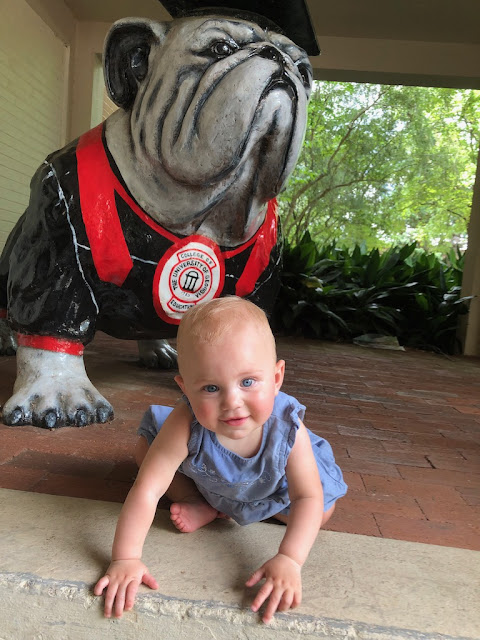