Did I ever  write about the time Alexander noticed the symbol denoting the number of players for a game, in this instance "2–5 players," and interpreted it to mean "pooping contest?" 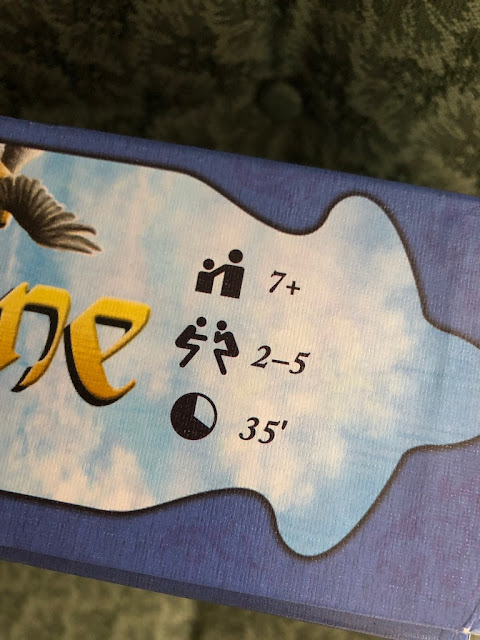 It took us quite a while to figure out what he meant, while he very frustratedly insisted that we understand what he meant when he asked if we could play the "pooping contest game," in this instance Carcassone, but I'm sure there are other examples.
This was just last year, so he was 3 or so.
Well, yesterday we had this beast delivered: 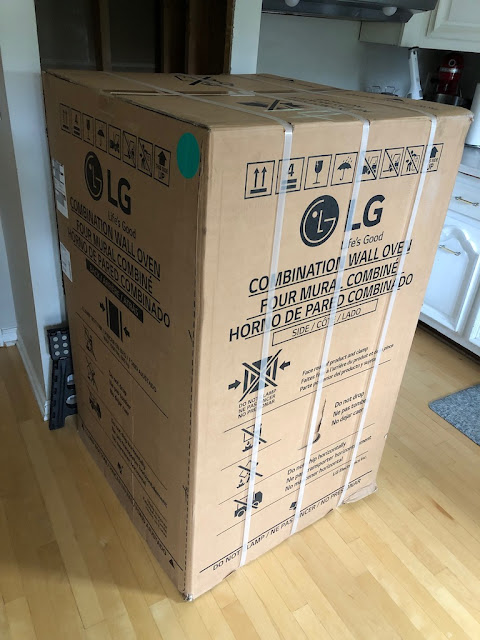 I don't know when it will be installed precisely because our handyman Tom is booked out next week and installation is a little trickier than simply stuffing the new oven into the same hole our old oven came out of.
That would be too easy.
Our old oven was a 27-inch model, which was once considered standard but now is...not. 30-inch ovens are standard now. Some manufacturers don't even make 27-inch models anymore (for example, Samsung, where we can get an employee discount through either Reid's job or Andrew's). Even places that do make 27-inch models have such a long wait for delivery (thanks, broken supply chains) that the wait didn't seem worth the while.
Besides, we are a large-ish family and the 30-inch oven comes with three racks. And we can fit two baking sheets on a single rack (which we couldn't do in the 27-inch oven). This means we can roast cauliflower, potatoes, and chickpeas all at the same time! Curry night just got a whole lot faster!
At least, it will be faster...once the oven gets installed.
The hole in our wall, however, is only 27 inches wide, and that hole is bound on either side by 2x4s, so in order to fit our new oven into the wall, we need to *ahem* trim an inch or a half or so off of six to eight 2x4s (which should be fine because it's not a load-bearing wall and I'm sure we'll reinforce it somehow) and replace a couple of electrical boxes with shallower depths.
Plus, the wiring of the old oven wasn't done correctly, so the connections were also all burnt out...and Tom said he'll get it wired correctly this time. And...anyway...we just need a little bit of help getting this behemoth into the wall.
But once we do, it'll be a party for sure!
It's exciting just to have it sitting in the kitchen. Sure, it's useless and in the way, but it's not any more useless than our old oven (which was hauled away yesterday) and it holds mystery and excitement behind its cardboard façade.
Plus we've had fun trying to interpret the symbols all over the box. Many symbols—probably the most important ones—are written in English, Spanish, and French. This is also greatly appreciated, having been raised in a bilingual country, I firmly believe that all boxes should be at least bilingual. It makes life more interesting, honestly. Americans truly don't know what they're missing out on with their insistence on monolingualism.
Anyway, some of the symbols aren't interpreted with words: "this side up," "fragile," and "don't get wet," are all given no textual translation.
Neither is this little guy: 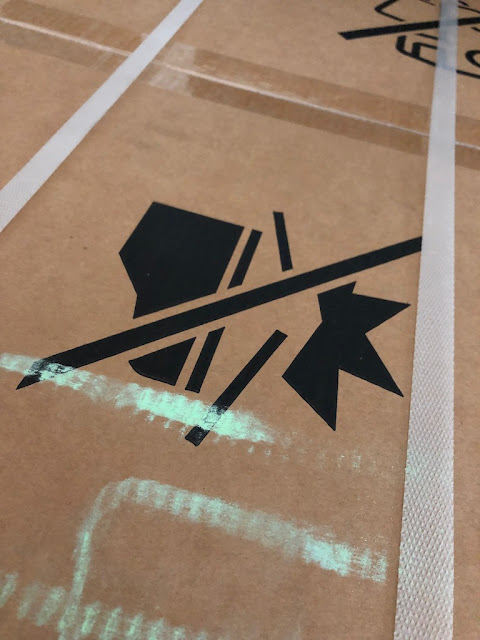 Rachel—who is 15 and very clever, but occasionally a little ditzy—saw it and said, "Well, of course dropping a grand piano on this would be a bad idea! Why do they even need a symbol for that?! Are we living in a movie or something? Who goes around dropping grand pianos on..."
She turned her head to the side to examine the symbol from a new angle.
"I mean...wait a minute...is that supposed to be a shoe?"

Indeed. That symbol is a shoe and means that one should refrain from standing on top of the appliance. It is not warning consumers and/or delivery men to refrain from dropping grand pianos, though that's really a pretty terrible idea as well...