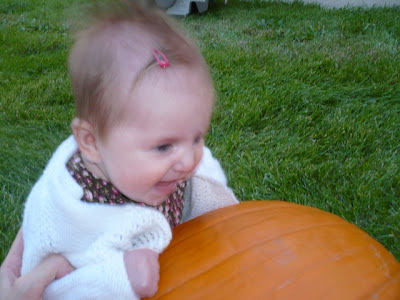 While Rachel and I were out walking a week or so ago, I noticed a cute little pumpkin patch and made a mental note to visit it later. I suppose it isn't technically a pumpkin patch since the field the pumpkins are grown in is out of town. But the farmer sells his wares at his house in town, so the pumpkin patch is basically his front lawn. He has some really beautiful pumpkins.

Rachel and I set off this afternoon to go pick one out. As it turned out, I picked out the pumpkin and Rachel slept. 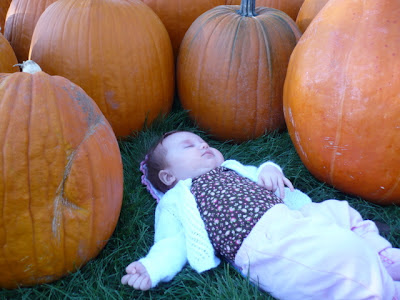 I tried to get her to wake up for some shots, but they didn't turn out very cute because she kept making her whaddya-wake-me-up-for face. 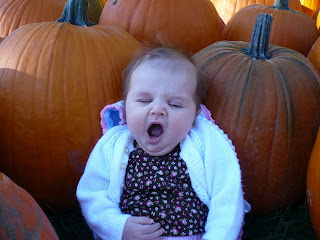 There were so many pumpkins to choose from: white pumpkins, cinderella pumpkins, and your classic jack-o-lantern pumpkins. We might go back for some small cinderella pumpkins but we were on foot and only one pumpkin would fit in the stroller basket. We chose a big, tall jack-o-lantern pumpkin. It's got a nice carving face and sits up well on its own. I think it's heavier than Rachel--at any rate it sure made the trip home more of a workout for me! 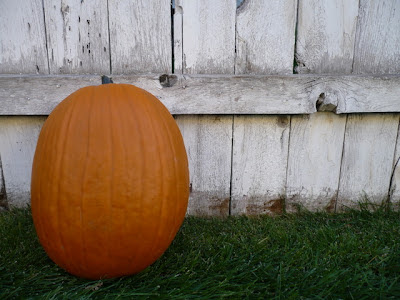 By the time we got home, after our two hour walk, Rachel was awake and ready to play so we did a little photo shoot. I've included a few of them below, but there are a lot more here. 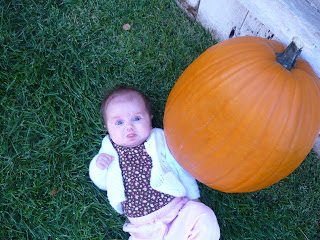 No, I will not smile! 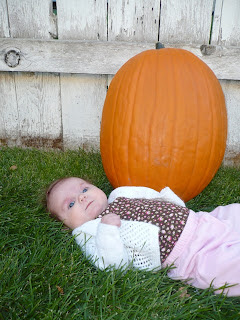 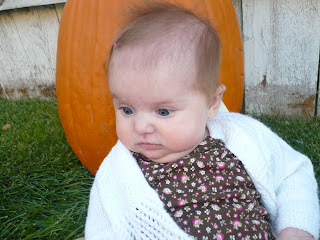 Let's go back inside, mommy 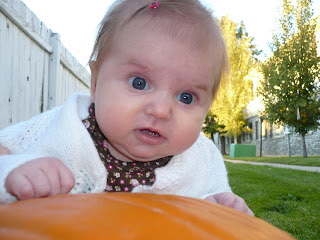